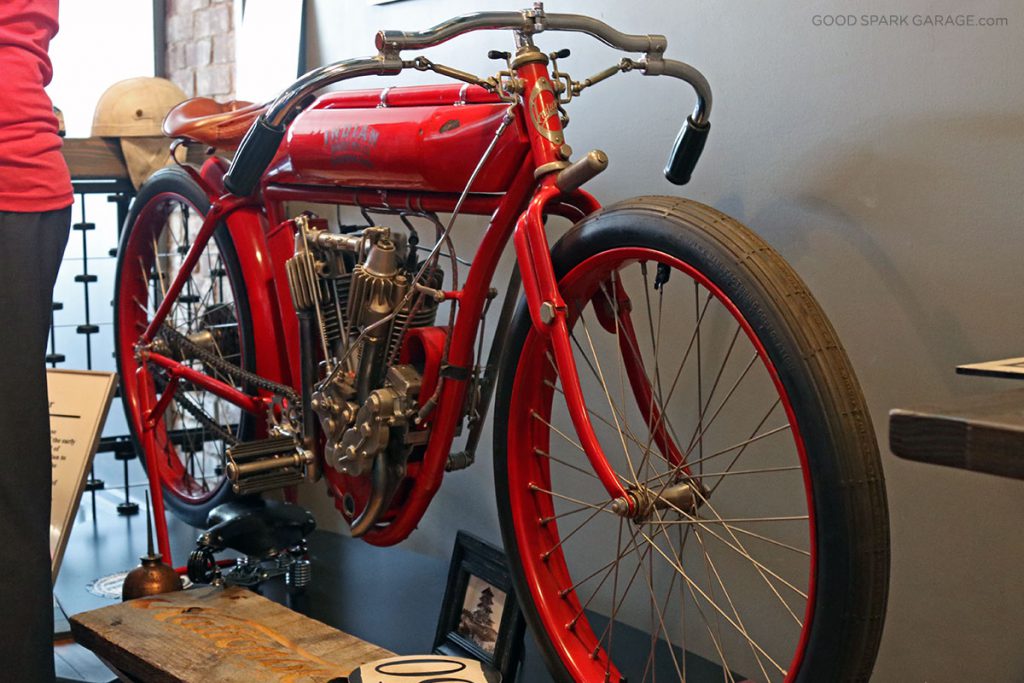 Imagine buying a home and finding out it once belonged to a legend. A larger-than-life character with a bio that reads like a collection of tall tales. When we heard the current owner of Cannon Ball Baker’s house wanted to raise money for a historical marker, Corey made a beeline down to Cannon Ball Brewing Co. in Indianapolis for their fundraising event.

If you haven’t read our thorough feature on Baker’s record-setting feats and surprising past, you gotta check it out: “The Brilliance of Cannon Ball Baker.” And for additional creative insight into Baker’s home and history, read Will Higgins’ article in the Indy Star. 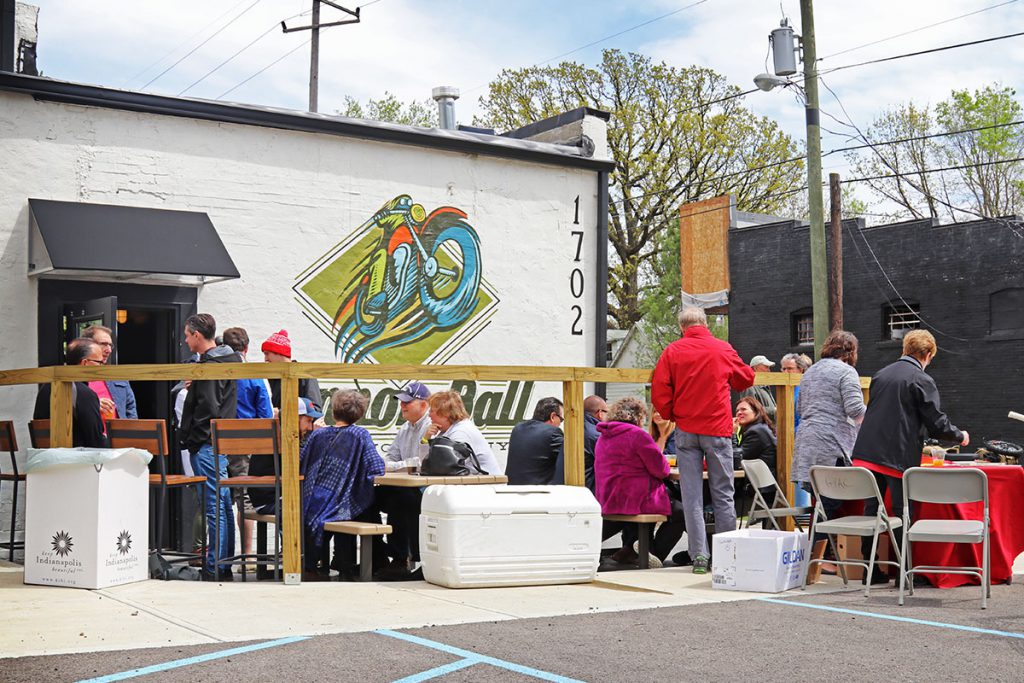 I threw the camera bag in our Ural Motorcycles Gear-Up and pulled $25 out of the nearest ATM for the donation. The trip to Indy’s Cannon Ball Brewing Company was a quick one, reminding me how fortunate we are to live where cool motorsports culture often surfaces. 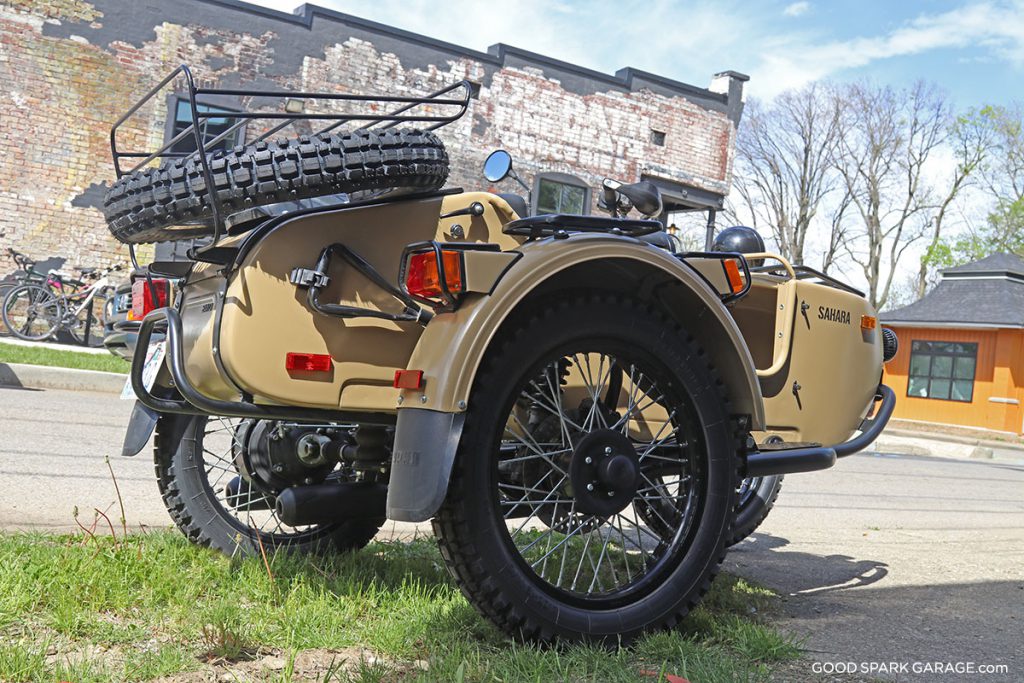 Over a hundred years old, this corner building was originally a butcher shop and deli. Now, it’s a creatively revamped, small craft brewery at the corner of 17th and Bellafontaine in the Kennedy King neighborhood. 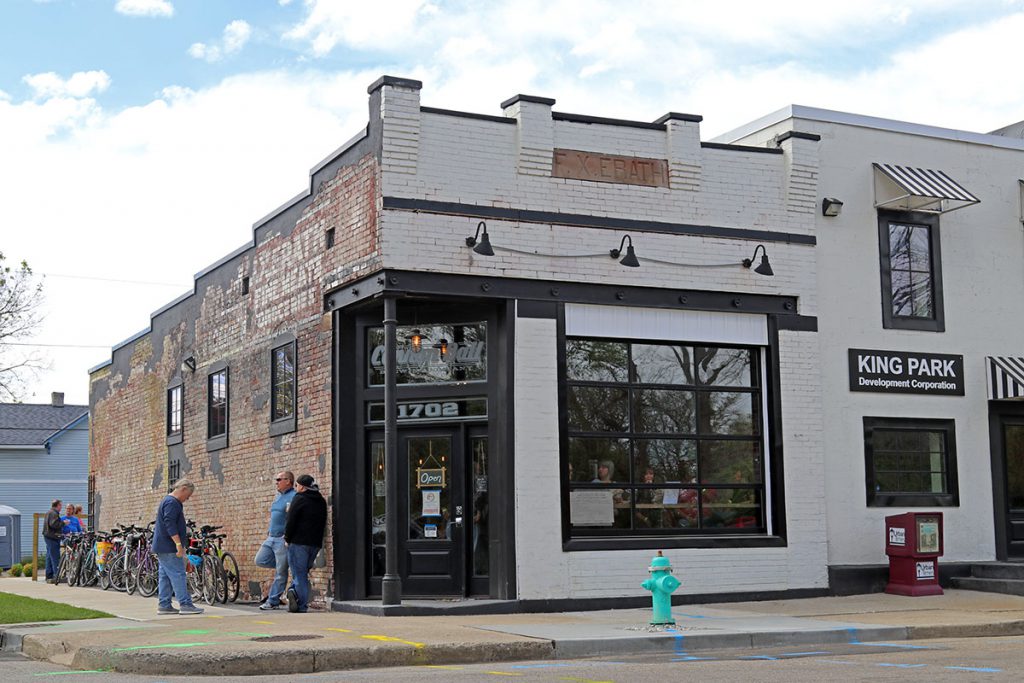 The owners of Cannon Ball Brewing Co are committed to quality and community, and we also hear the food is top notch. 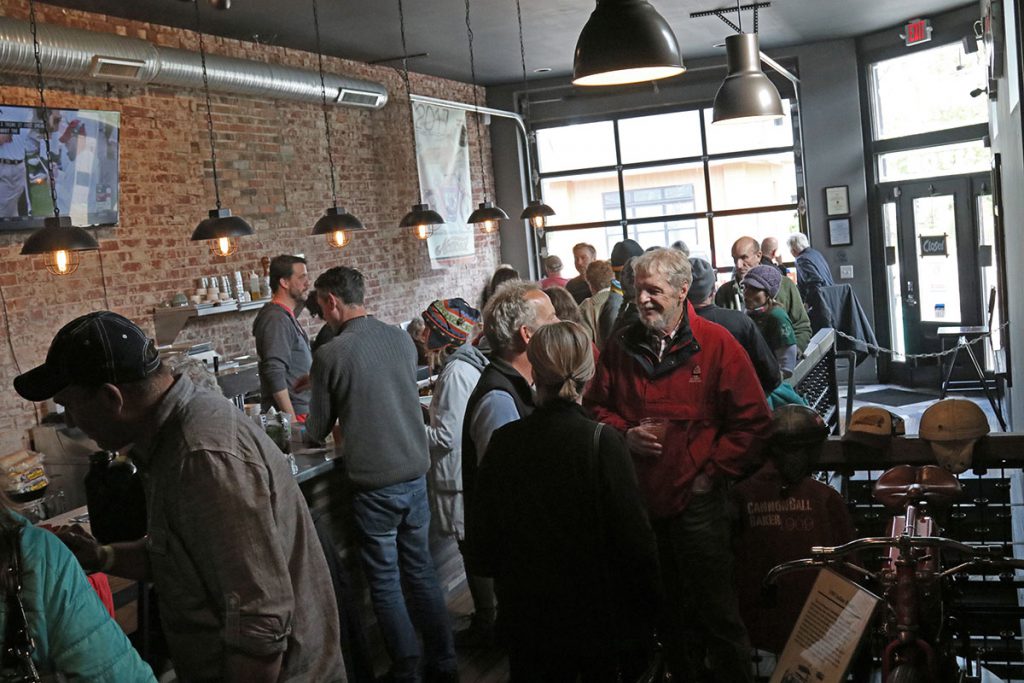 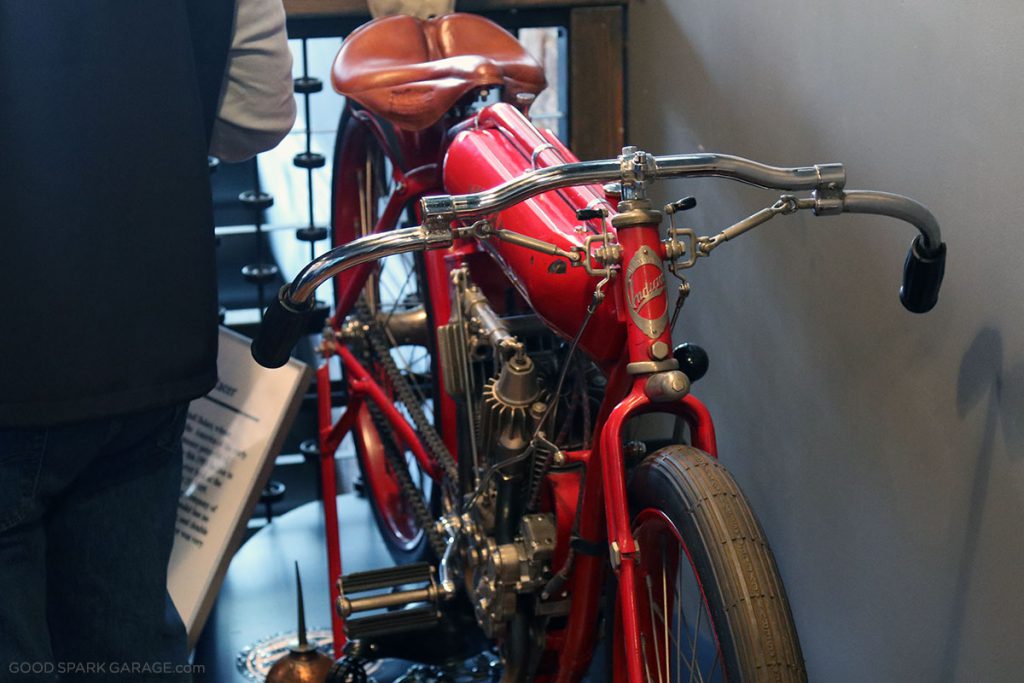 Stealing the show was a 1909 Indian on display. Local moto-entrepreneur, Matty Bennet of National Moto, was granted permission to carefully transport this incredible piece of history from the Indianapolis Motor Speedway Museum to the event. This stripped-down factory racer was built by Hendee Manufacturing Company for Baker, which led him to victory on one of the first ever motorized races in Indianapolis Motor Speedway history. 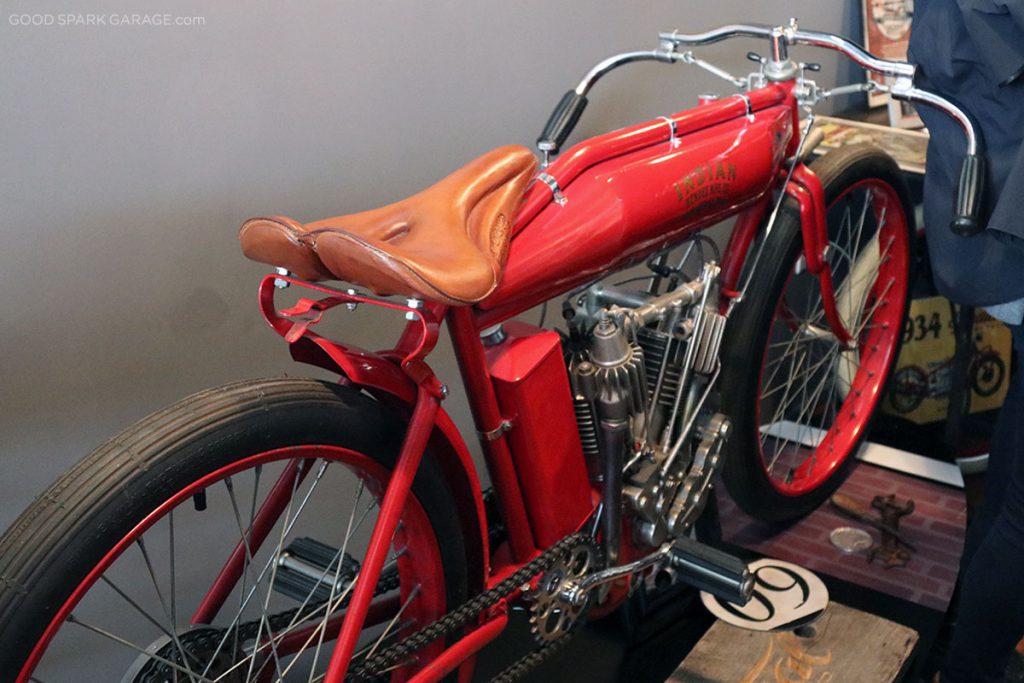 It’s incredible really, this guy made a career out of riding motorcycles and racing cars across the country countless times. He broke records, was a pioneer, innovator, ambassador, and maintained a persona that had the biggest brands and manufacturers knocking down his door to promote their products. So, a historical marker outside the bungalow he built in downtown Indy makes sense. Current homeowner, Vickie, and her boyfriend, Stan, are spearheading the effort. The more they learned about the home and its original owner, the more they realized how much of a game-changer Baker was. They wanted to pay homage to this Hoosier hero. 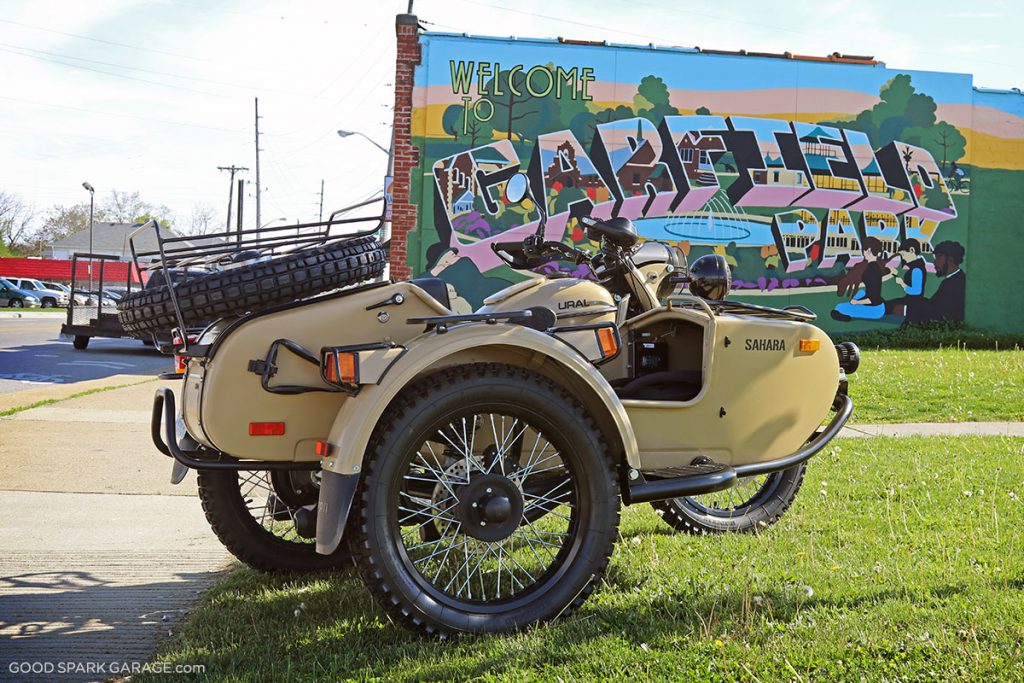 I wanted to check out the house myself, so I hopped on the bike and headed toward 902 E. Garfield Drive. It’s an old neighborhood packed tight with stout homes and hefty porches. The kind of porches where you imagine people reading newspapers on nice days or having evening conversations with neighbors. 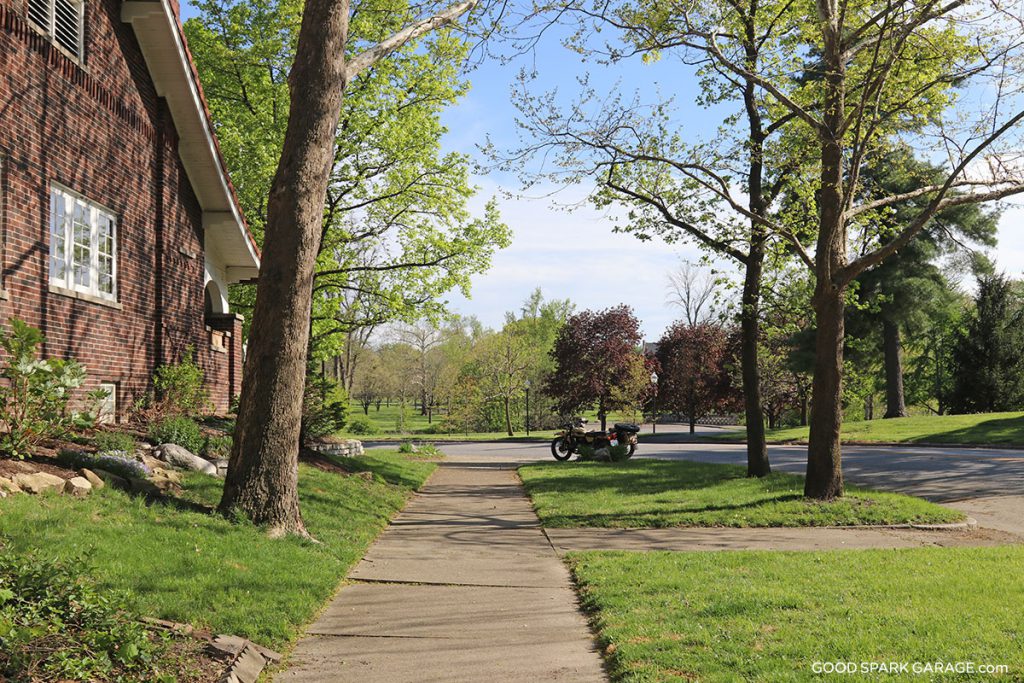 Well into a successful career, he was able to hand-pick a corner lot overlooking the beautiful gardens, fountains and conservatory of Garfield Park. Around the corner on the West Side is a two-car detached garage that spoke to me more than any aspect of the property. I parked the bike in the driveway, thinking about how a legend of motorsport once wrenched in that very spot. Surely I was standing where Cannon Ball Baker chased an errant washer or two. Probably from a car or motorcycle he was prepping for an epic trip.

If you find yourself in the neighborhood, keep in mind, this isn’t a museum or public grounds. As much as my curiosity was piqued, I was mindful of its private residence status. 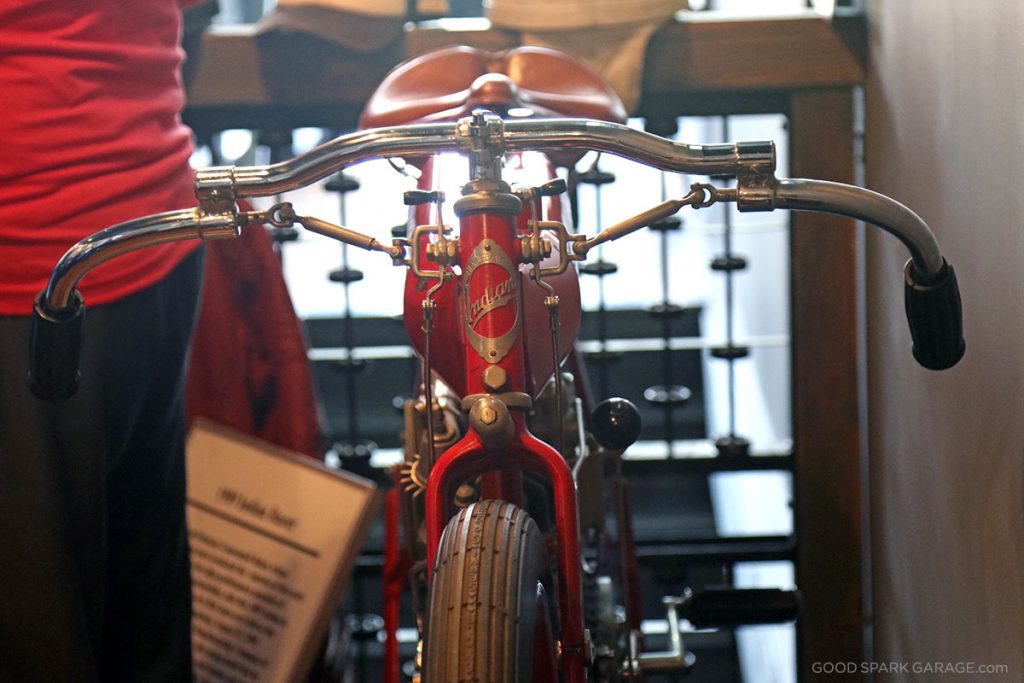 When I left the brewery earlier in the day, the folks involved with the fundraiser said they felt confident that enough funds would be collected to erect the marker. Hopefully I’ll be able to ride back by and check it out someday soon. If Vickie happens to be out front, I’ll give a friendly wave and a thumbs-up for her and Stan’s desire to pay homage to Cannon Ball’s cultural importance. Right on, guys!

During a stop on the west side of Indianapolis, a resident asked, "Where ya headed?" I…