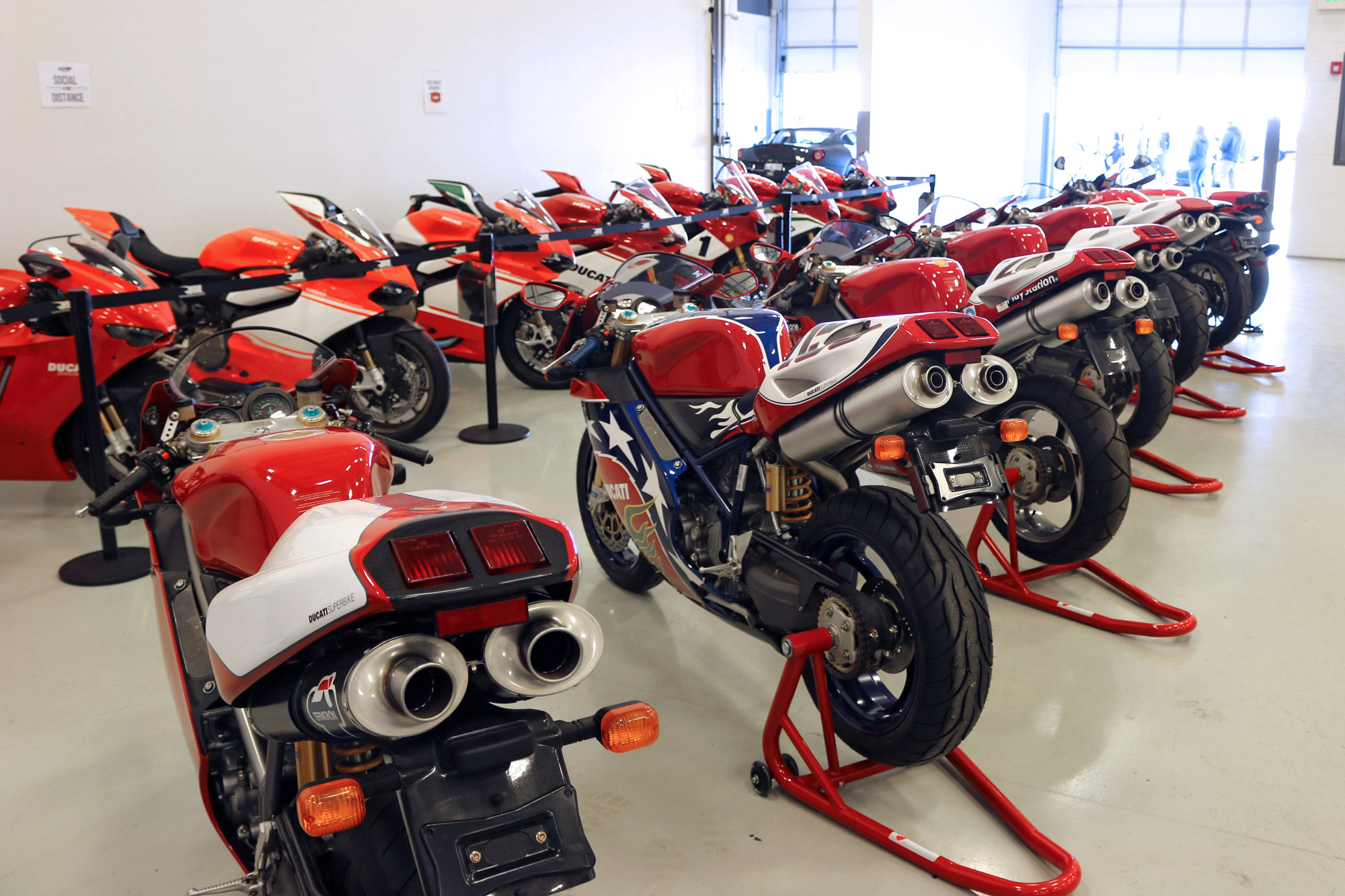 We love dropping in on motorcycle dealerships that have a passion for what they sell. In its very early stages, we stopped by the new Rahal Ducati Indianapolis during their Ducs and Donuts event in March 2021. It appears the Italian brand is in good hands with Graham Rahal’s team and we’re looking forward to how they’ll be ratcheting up their efforts in the Indy area.

Graham Rahal is an entrepreneur, pro race car driver, and owner of Graham Rahal Performance. His dad is racing legend Bobby Rahal. Graham is also married to a record-holding member of drag-racing royalty, Courtney Force. These type of folks don’t roll up to the starting line all willy-nilly, they show up to win. This is a good thing for Ducati and the local motorcycling community.

The Ducati scene is strong in Central Indiana. It’s not uncommon to see Ducatis roaming the midwestern city streets and backroads, especially with the large contingent of Indiana Ducati Owners Club riders (iDesmo). The fashion-forward and highly-capable lineup of bikes should pair well with a shopkeeper whose entire realm revolves around racing and performance. 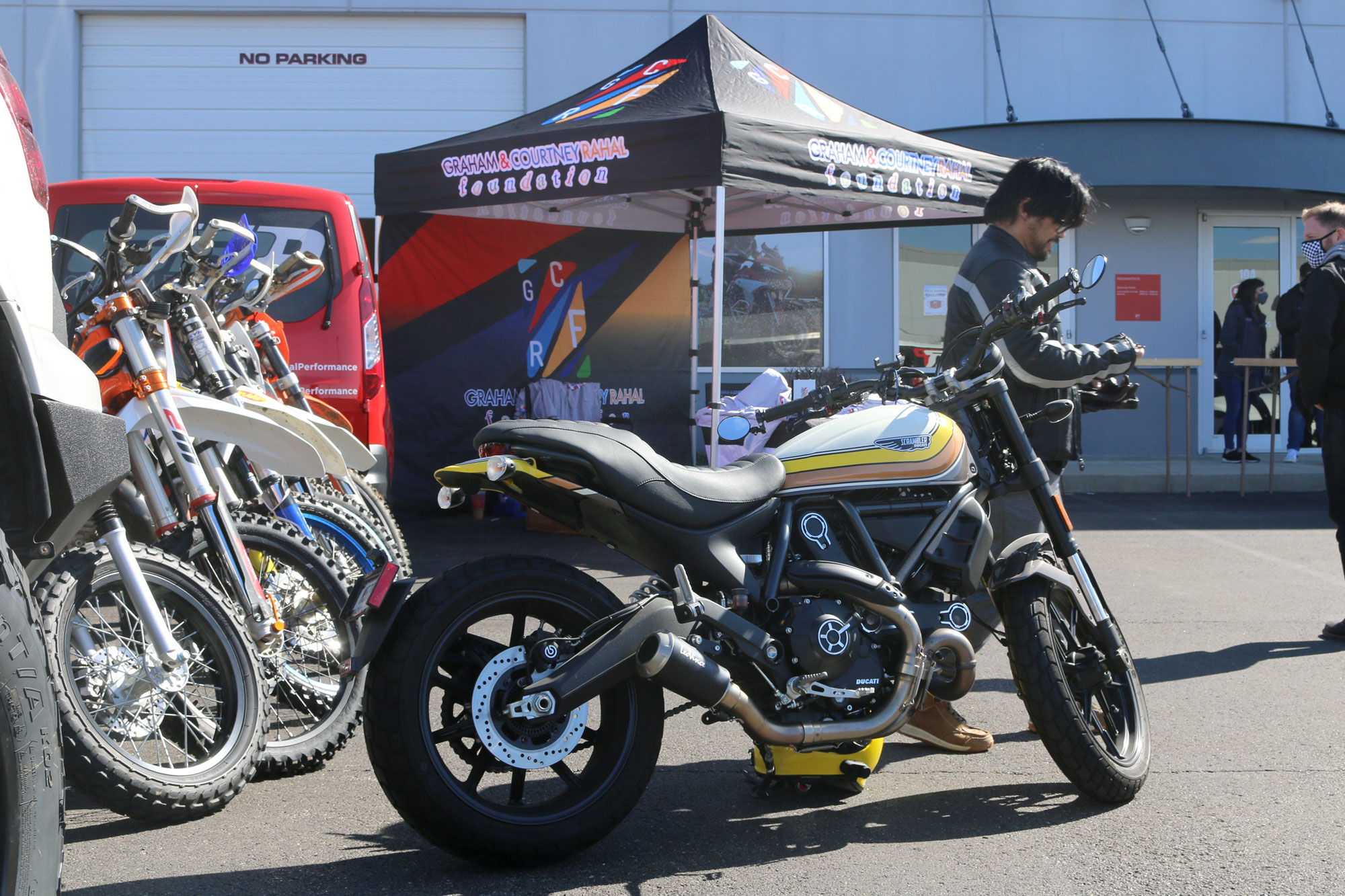 At the time this is being written (3/9/21), Ducati Indianapolis is located in a recently-expanded space in Brownsburg, Indiana next to Graham Rahal Performance. If you’re a fan of rare, exotic, powerful, rugged, or unique vehicles, you’ll appreciate the inventory sitting around the venue. And, on this day, they played host to a very well-attended Cars & Coffee, making it a happenin’ event with some great motorsport and motorcycle ambience. 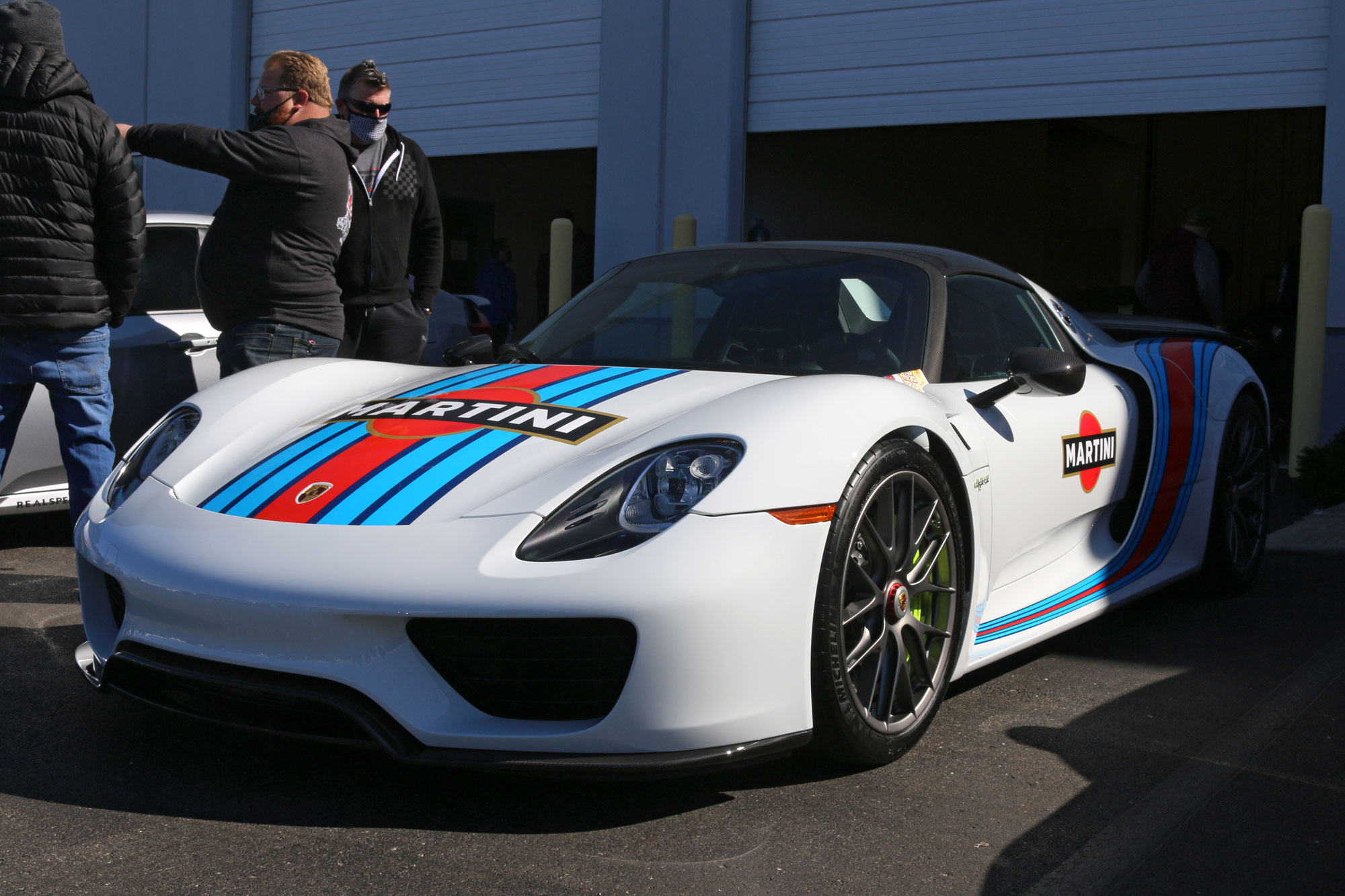 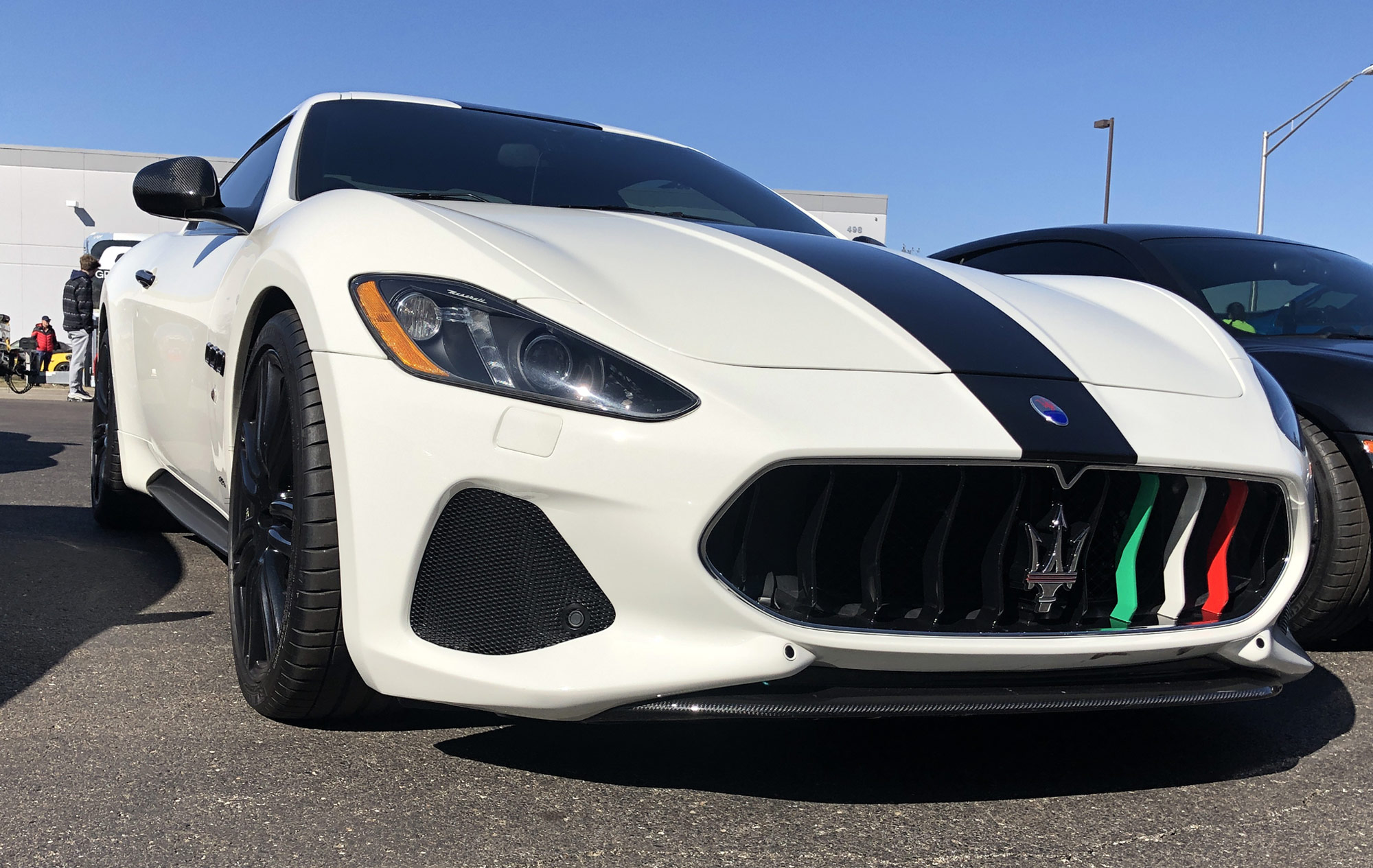 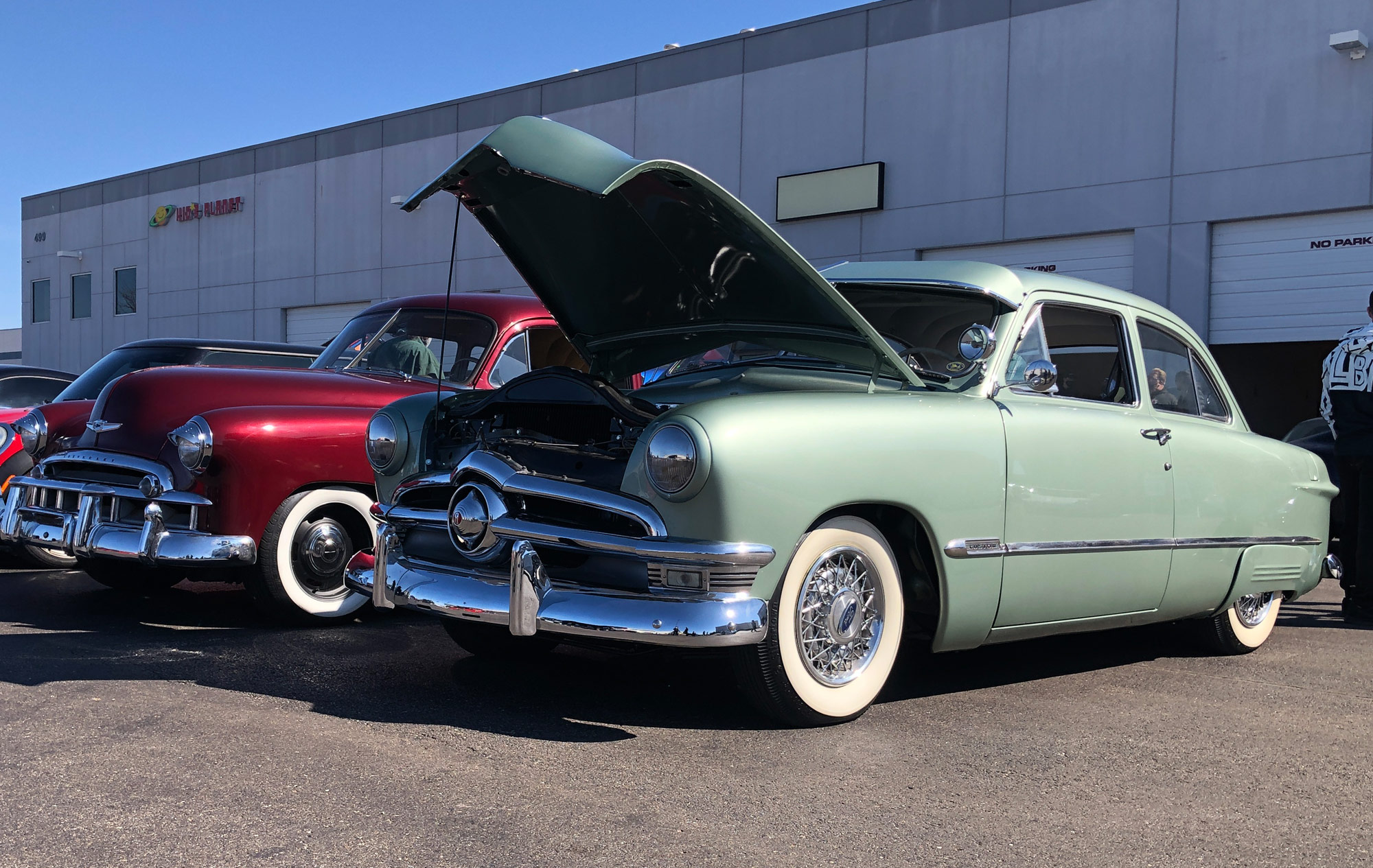 Will this new iteration of Ducati Indianapolis find success? We believe so. Especially when backed by passionate enthusiasts and good moto-stewards right here in the Racing Capital of the World. Drop in and check out the new models as well as Graham’s collection of at least 20 classic and unique Ducati motorcycles. 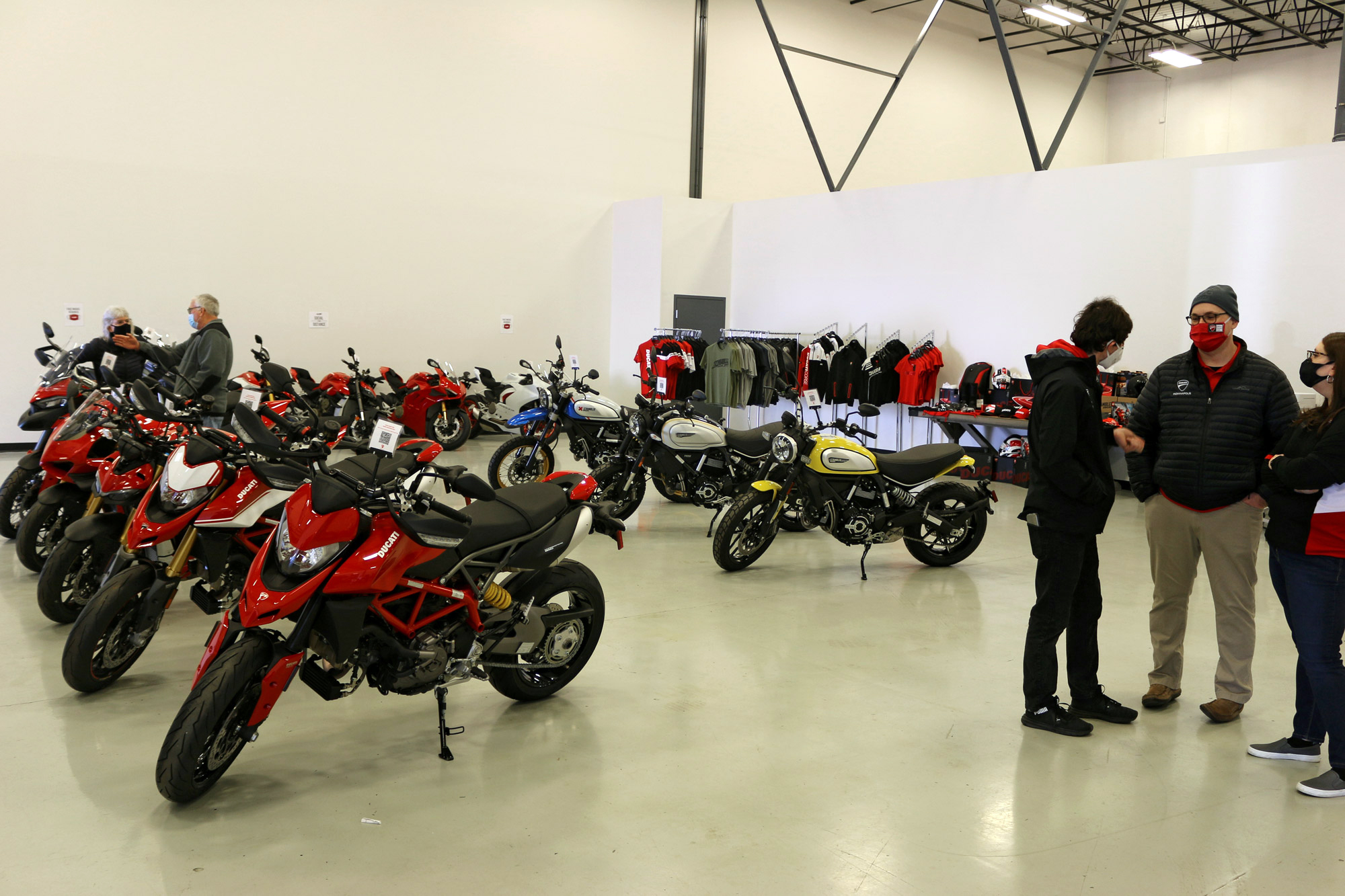 Follow Rahal Ducati Indianapolis to see what’s next. We think there are big things planned for this shop that’ll bring people from surrounding States and beyond. With such a high-horsepower effort, we’ll be tuning in for sure.

The Moto Museum in St. Louis

This big motorcycle-centric complex in St. Louis is a destination worth including on your moto-calendar. Without stepping outside, you can peruse over…