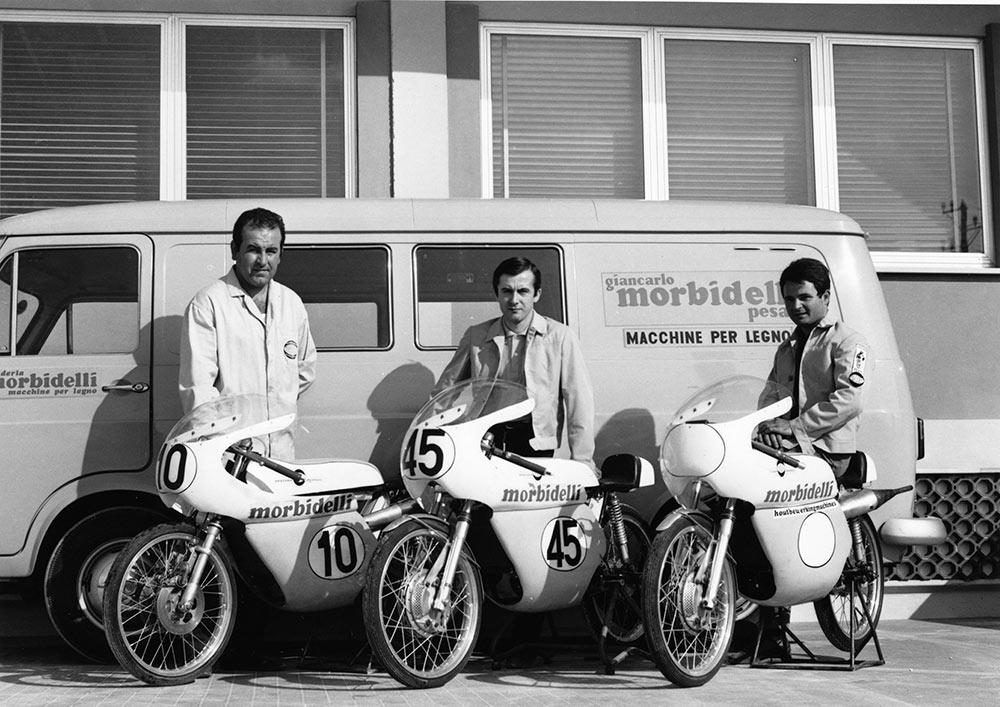 We cheer for the underdog. We like racing stories where privateers bump bars and battle with the factory teams. In the documentary film about Italian motorcycle builder/designer, Giancarlo Morbidelli, a David vs Goliath story is told. Read on for more insight into this “story of men and fast motorcycles.” 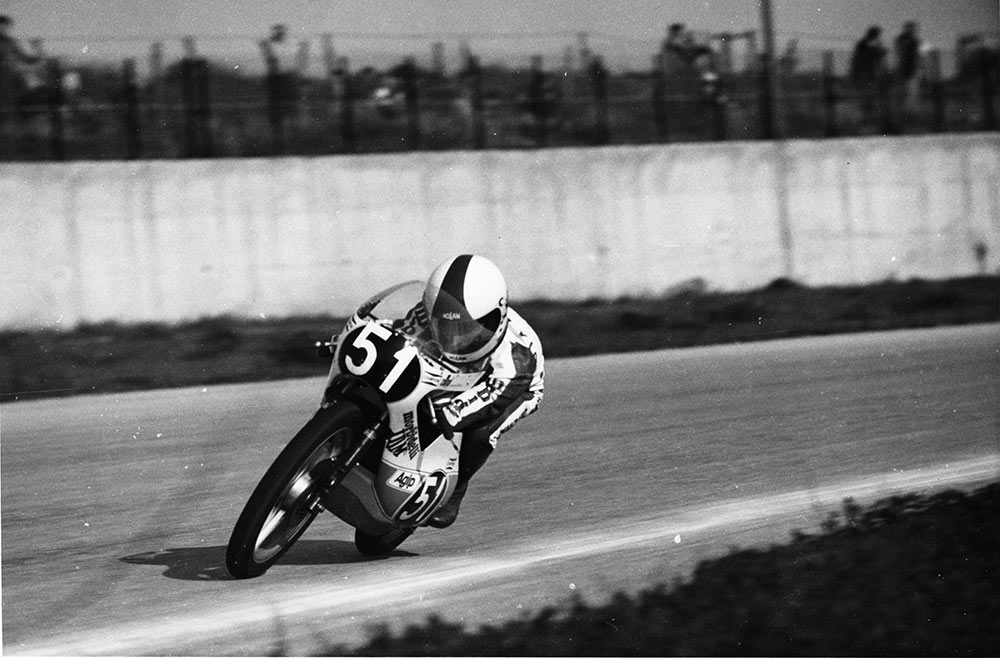 We’ve just received word that the English version of the film has been released. It’s directed by Jeffrey Zani and Matthew Gonzales, but the story is told by Morbidelli himself, his riders and his mechanics. You can watch the Italian trailer below and click on the English subtitles, but either way, you’ll hear the passion and excitement of the characters in this documentary.

Morbidelli is considered among the top motorcycle builders and innovators in racing history. But this story goes back when he was a businessman who decided to jump into the motorcycle World Championship in 1969 after some success in the Italian Motorcycle Championship. A gutsy decision that paid off well. 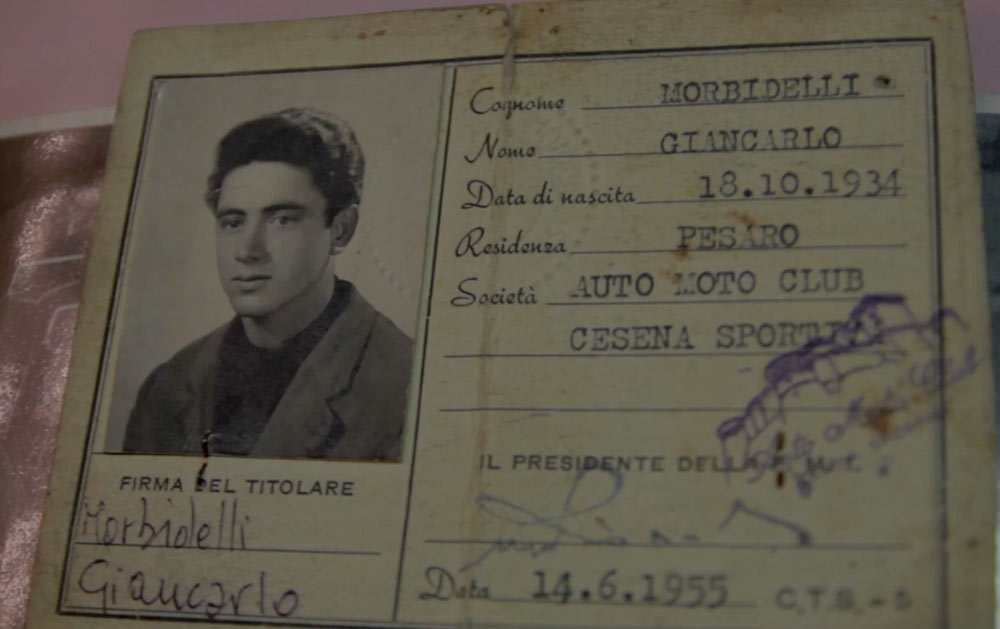 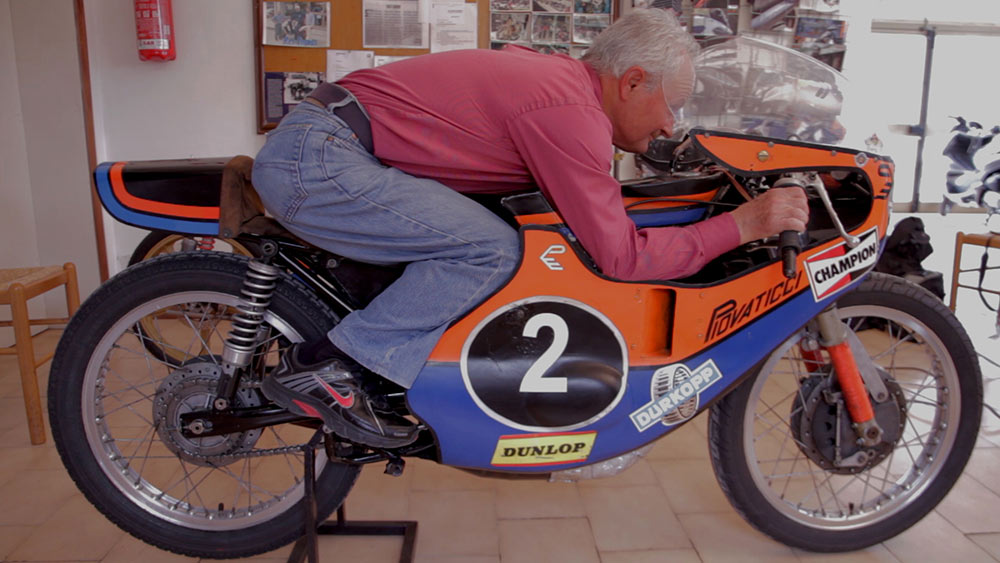 In 1972, Gilberto Parlotti crashed his 125cc Morbidelli during a wet Isle of Man and died. Parlotti’s wreck prompted his good friend, Giacomo Agostini, to declare that he’d never race there again. While Morbidelli was disheartened, his team and cast of supporters encouraged him to continue his efforts for a world title which he achieved – and then some. 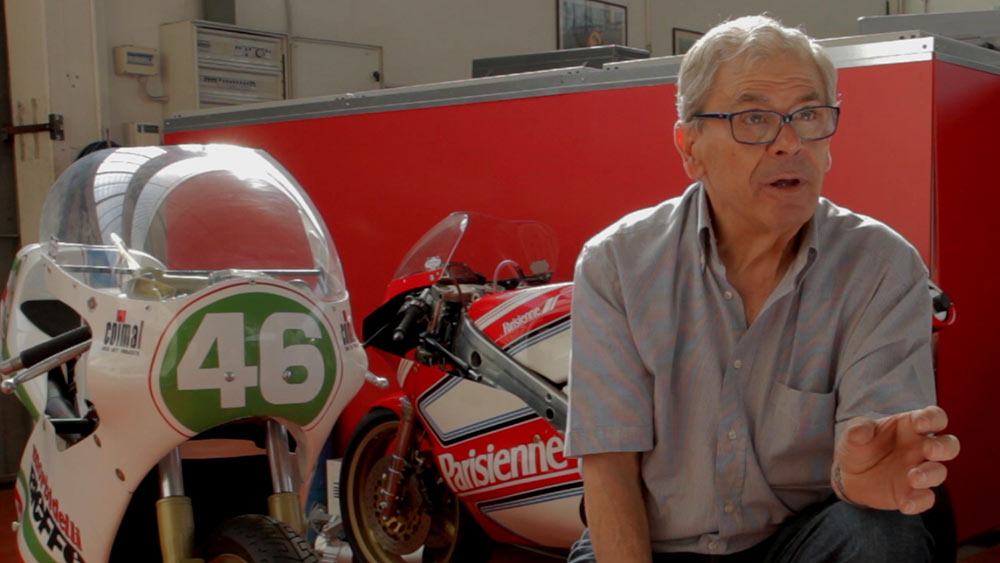 “No matter how big and powerful the motorcycle companies competing in the World Championship were, there still was the chance that a small team could build a bike and beat them.” 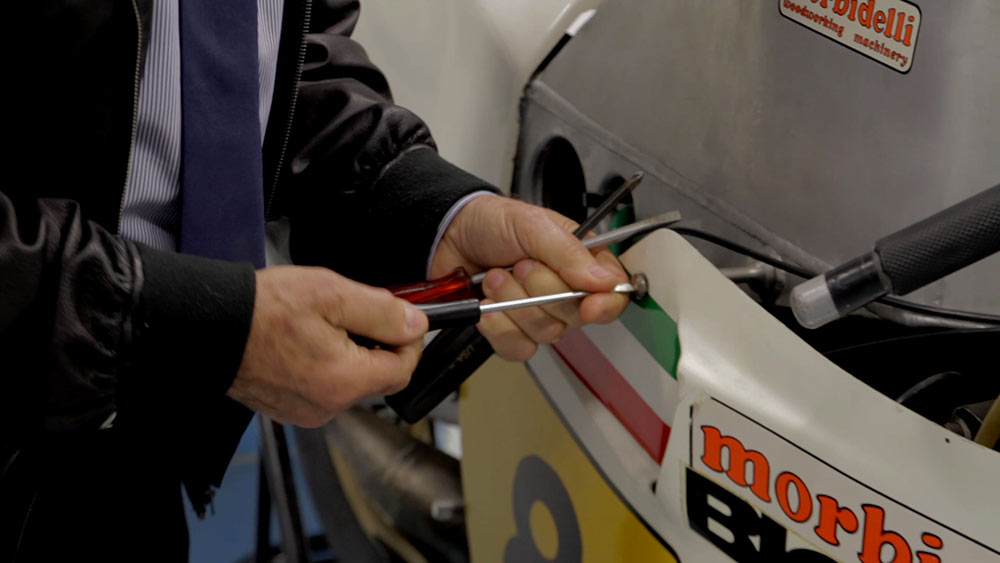 The documentary looks promising and, as stated by the people behind the film, “doesn’t focus only on the results, but also on the feelings, efforts and struggles of the team.” To learn more, visit their website: MORBIDELLI – a story of men and fast motorcycles. 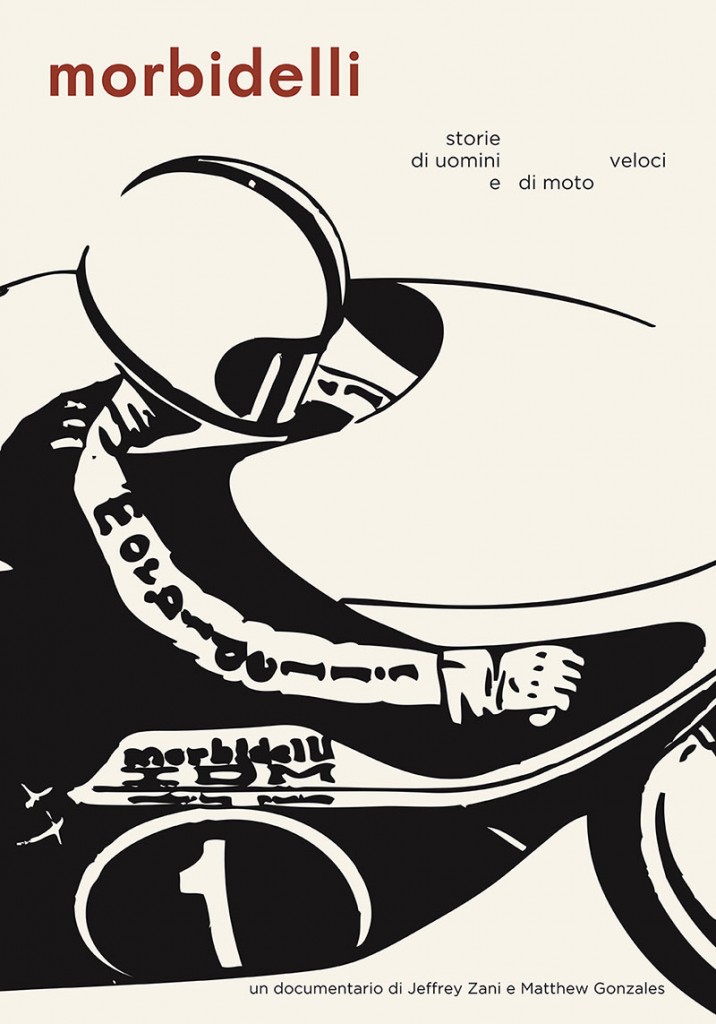 The high-gloss, good-lookin' BikeEXIF calendar has arrived at Good Spark Garage. Get yerself one today and…