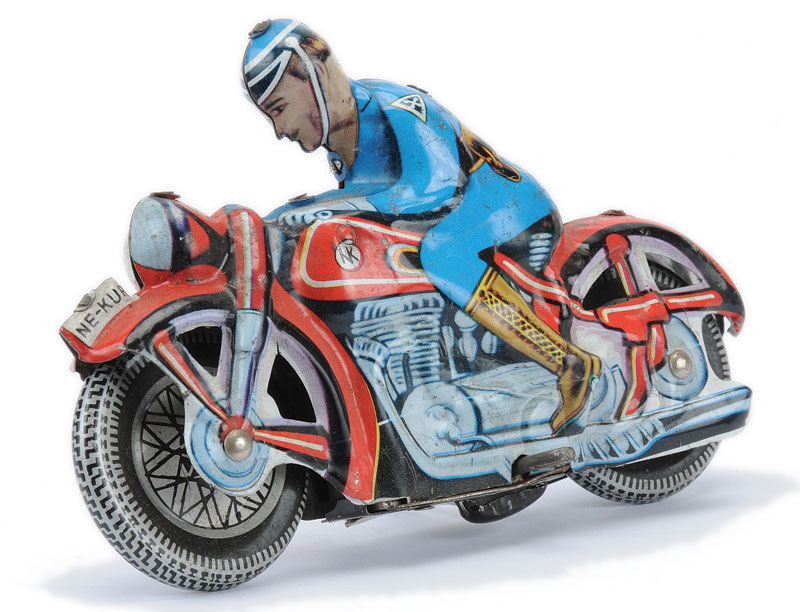 Motorcycles have captured and held our attention since childhood. As kids, toy vehicles were a means to tide us over till we’d someday own the real thing. Now, as grown-ups, we’d love to have a collection of tin toy motorcycles like these cool, vintage examples!

As alternative to wood and cast-iron, tin toys were lightweight and cheap to make. Coating metal with tin would prevent rust and manufacturers could efficiently lithograph colorful designs on the surface. By the 1920s, American companies dominated tinplate toy-making until the need for raw materials during World War II put a halt to production.

After the war, Japan became the powerhouse in tin toy manufacturing, but today, China leads the way. With plastics being cheaper and safety regulations getting tighter, tinplate production ain’t what it used to be. You can find cheap imitations in stores today that look great, but we wanted to share these authentic examples found on the British website, Vectis Auctions. 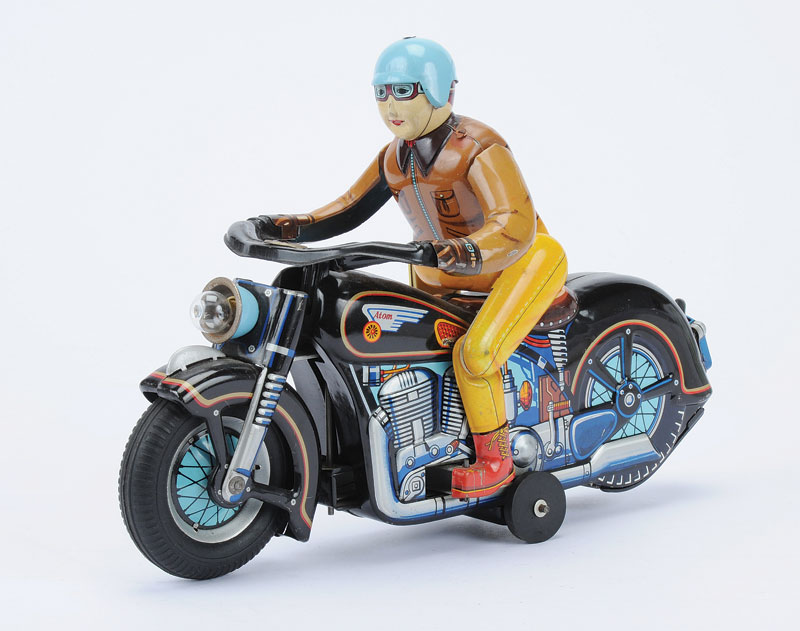 Above: This Japanese Masudaya “Atom” motorcycle has a battery-operated headlight and is an example of a larger tin toy at nearly 12-inches long (circa 1958). 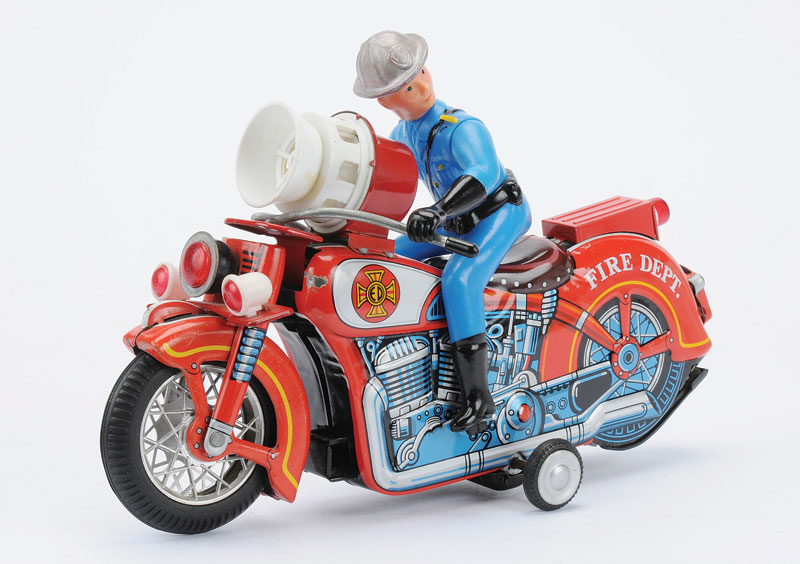 A popular theme was police and firemen, like the above 1962 tin toy made by Modern Toys of Japan; check out the battery-operated siren. The gun-wielding cop below was made by another Japanese manufacturer in the 60s, Nomura. Not sure how, but it is made to supposedly fire its pistol and has a retractable antenna. 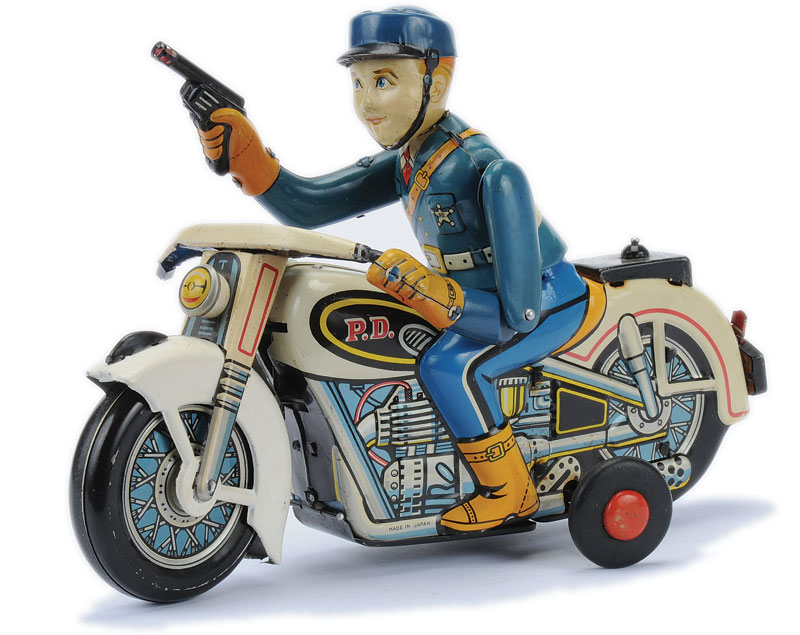 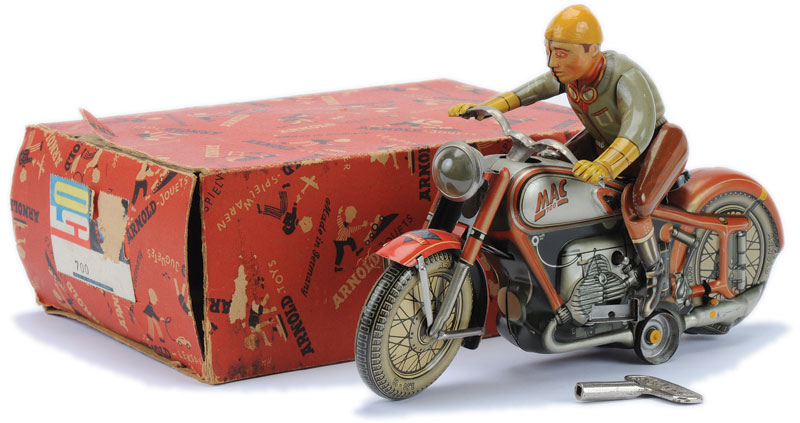 In the late-40s to mid-50s, the German manufacturer, Arnold, made these “MAC” tinplate clockwork motorcycles that had removable riders (bike length, 8 inches). 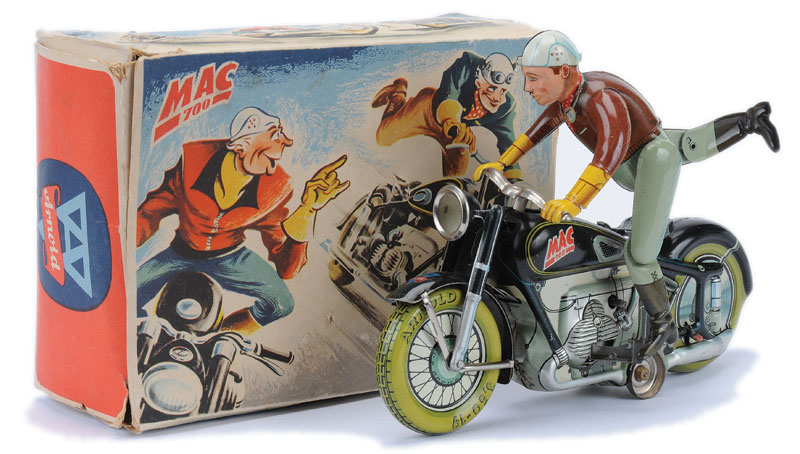 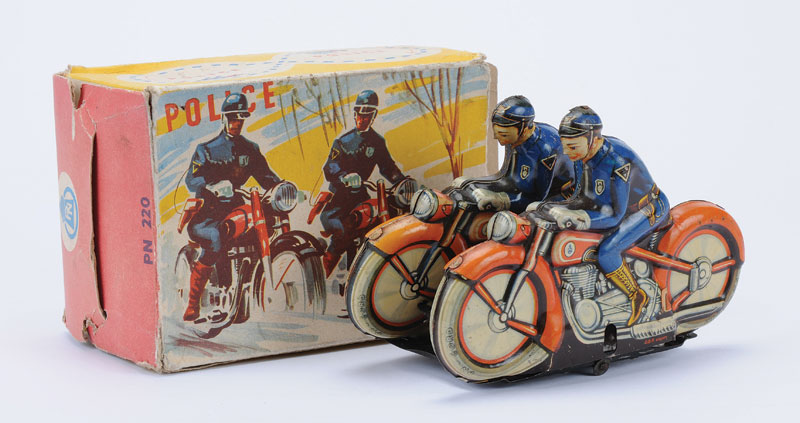 This Philip Neidemeir (Germany) tinplate clockwork motorcycle set was made to lean in so the bikes would ride around in circles.

You've seen our Friday post of the 2013 Motorcycles on Merdian, now here are the Saturday…