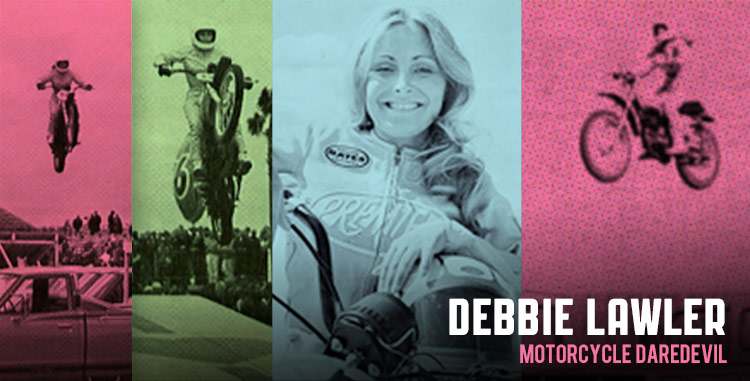 In the early seventies she was a daredevilling 20-something seeking a more profitable, less-boring profession than modeling. Though she was often called the “female Evel Knievel,” her demeanor was the antithesis of the hot-tempered king of motorcycling daredevils. She was a sweetheart and respectful, even when besting Evel’s indoor record in 1974 by jumping 16 trucks (or “cars” as Guinness Book of World Records would record it). When Jim McKay, host of Wide World of Sports, asked Evel what he thought about her jump, he said, “I can spit farther than she can jump.” The very next month, he invited Debbie to his next jump at the Portland Memorial Coliseum where he reclaimed the record. Her thoughts? “It was a beautiful jump, just beautiful.” All the more reason to refer to her as the Flying Angel, which by then had become a household name. Even the makers of the Easy-Bake Oven (Kenner) produced a toy made in her likeness. I wonder how many Debbie Lawler Daredevil Jump Sets were sold?

Though she landed many successful jumps, with some credit to her lucky orange bra (never jumped without it), she fell victim to an uncooperative Mother Nature in the Spring of ’74 at Ontario Motor Speedway. The plan was to span 104 feet, but a gusting tailwind sent her over 145 feet, landing far down the landing ramp. She slumped over the bars, rolled off the bike, and slid into a concrete wall, busting three vertebrae. She recovered well, but never jumped again. Still smiling to this day, she maintains much respect in the realm of death-defying stunts. 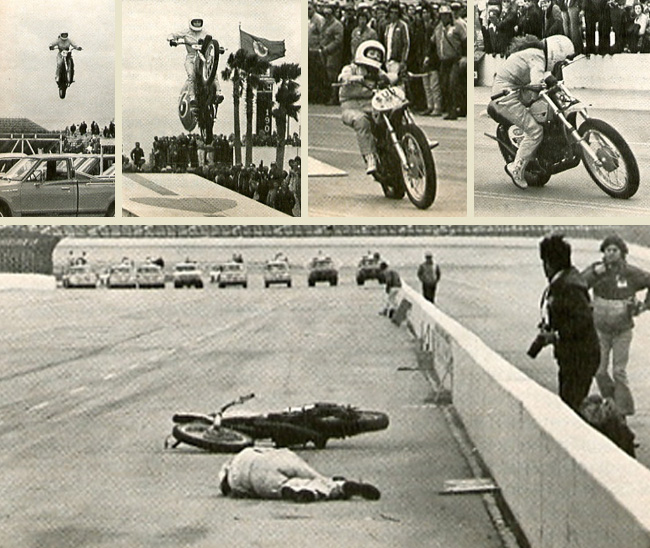 When watching footage of her record-breaking jump at the Houston Astrodome, I wasn’t as awestruck with her smooth, ramp-to-ramp flight as I was with the approach and exit. At speed, she rips through the parking lot and into a tunnel, getting air and landing on a darkened, elevated runway. Once inside the dome, she nails the jump while standing on the pegs, barely off the seat. After the li’l Suzuki fully compresses on the landing ramp, she instinctively lowers her head to the side and shoots through a narrow, low-clearance opening. One wobble coulda spelled complete disaster before shooting through the small tunnel.

After Evel took back the indoor record in ’74, a jump that was just one vehicle’s width longer, he presented Debbie with a pink mink coat. In the BBC documentary, Richard Hammond Meets Evel Knievel, she revealed that the coat had a message sewn inside. It read, “Happy Landings. Love, Evel.” Perhaps proof that she commanded respect from everyone, even those she stole the limelight from.

(Have a look at our infographic; click it for a larger view.) 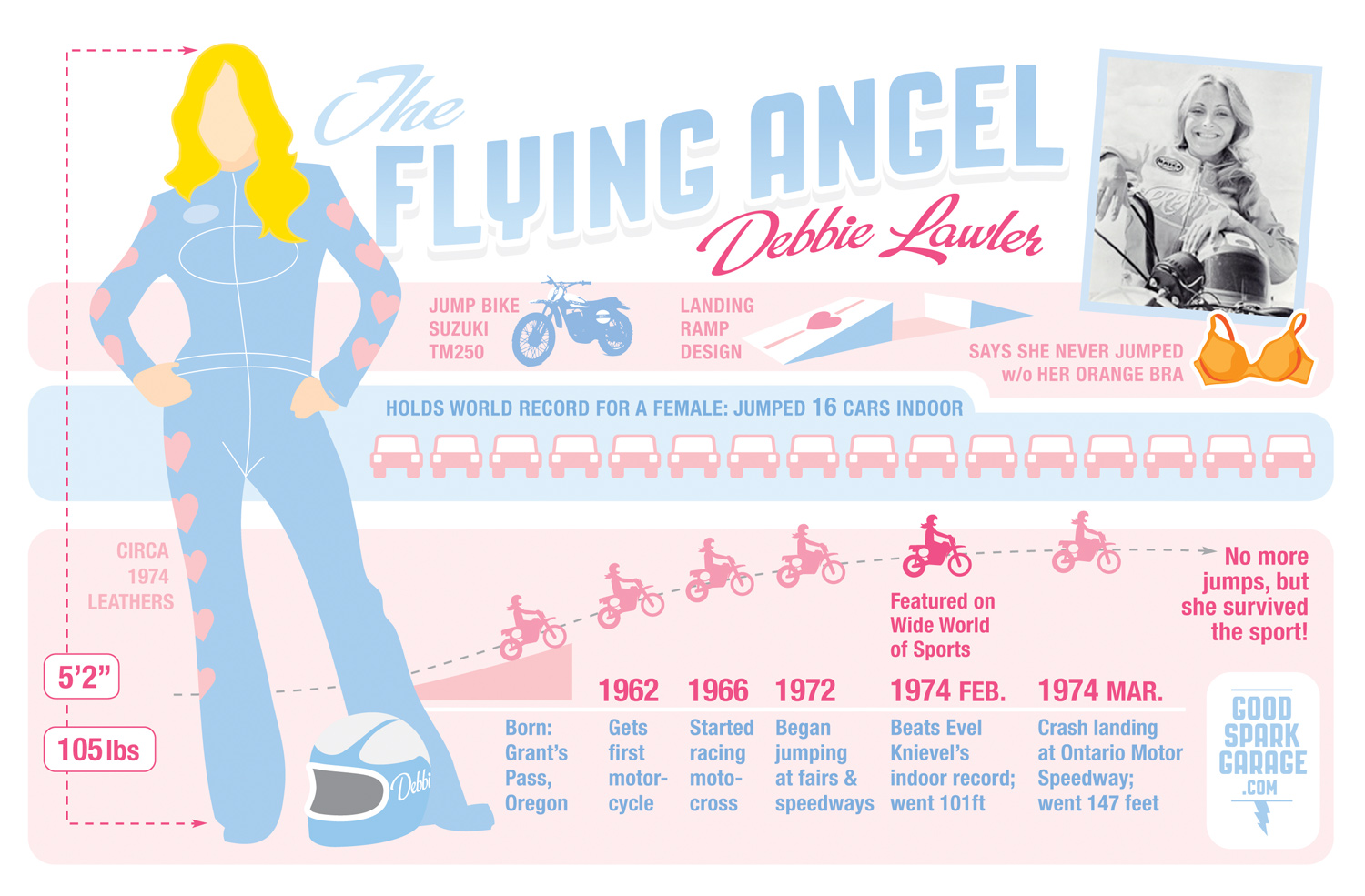 In the Spring of 2008, we attended Nicky Hayden's inaugural lap of the new MotoGP circuit…

Finding Fun On a Rainy Ride

Soaking in a torrential downpour, we rode the Ural sidecar and BMW cafe racer toward a…