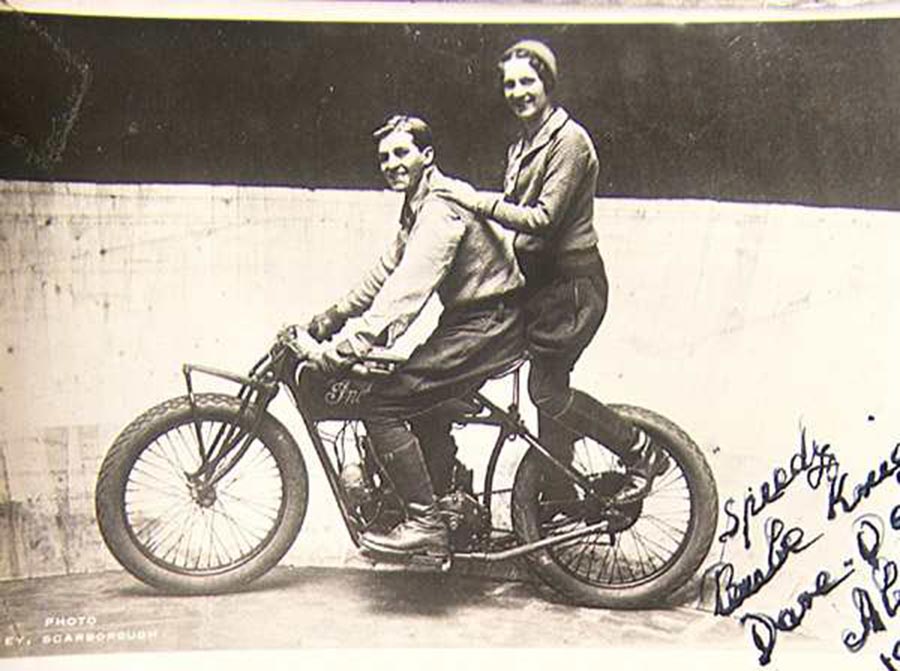 In the early to mid 1930s, a British gal named Ellen rose to fame as a Wall of Death performer. She was a cashier for Billy Butlin’s amusement park in Skegness when she asked if she could try riding a motorcycle around the new and highly dangerous motordrome. This marked her transformation to “Dare Devil Alma.”

Dare Devil Alma became a celebrity along with the exciting showmen she traveled with. One motorcycling performer and ex-Speedway racer, Skid Skinner, became her husband and show partner. After he died in 1944 (not while riding the Wall), she sold her equipment and left the biz altogether.

We admire her desire to seek the Wall of Death as a means of employment at the park where others worked the Dodgem cars, hoopla stalls and haunted house ride. Unlike many other  unfortunate performers, “Alma” was able to log a decade of riding the boards needing only a few stitches along the way.

Click here to see more pics of Alma and her time in Scarborough where these pics were taken (via The National Fairground Archive).