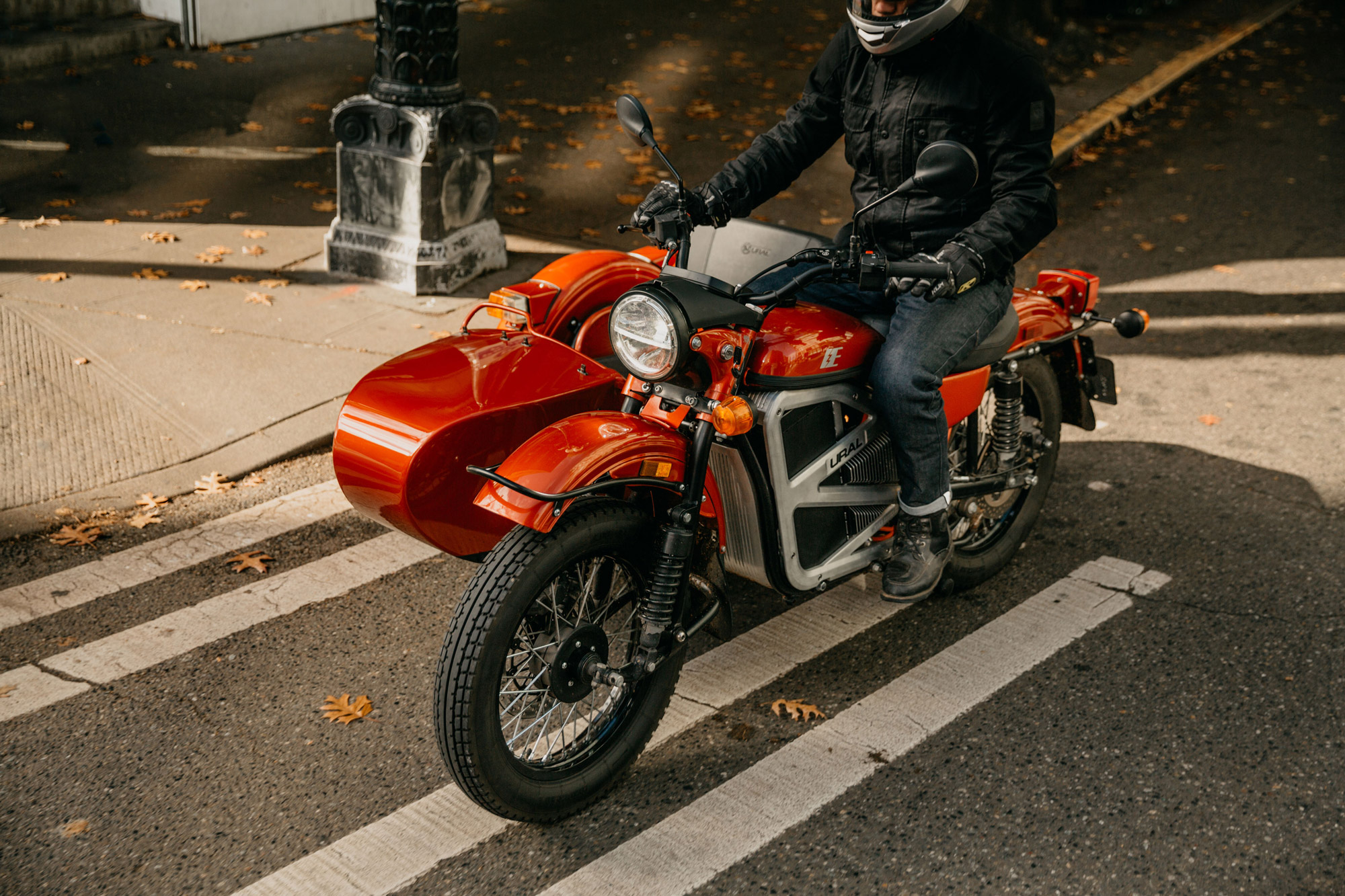 We got chills, they’re multiplyin’. The new Ural prototype people have been buzzing about is officially public and, well, it’s electrifyin’! Here is Corey’s first take on an early-phase version of the electric Ural, powered by a Zero Motorcycles powertrain package, that we tested back in March.

A quick note: this isn’t going to be a geeked-out tech-centric post full of data and decimals. You can find the bike’s full specs here. We’re more about the vibe; the overall ‘feels’ you get when riding through the wind on a motorcycle. Of course, we’re in love with the big jump in horsepower from their internal combustion engines (60hp! Up from 41) and its 81ft-lbs of torque. After many hours spent in the saddle of gas-powered Urals, the feeling is immediately and noticeably different. You can feel it in your innards upon acceleration. Is the experience better? We’ll get there; read on.

Above: We shot a few simple ride-bys to give you an idea of how quiet and smooth this thing is.

The Things That Aren’t There

You hop on, turn the key and twist the throttle. Perhaps it’s the absence of things that make the experience enjoyably odd. No foot shifter, no clutch, no crowded shins, no chugging starter or engine rumble. In seconds, we were muttering, “holy sh–!” or “this is crazy!” followed by a triumphant laugh. Look down and there are no pontoon-like tailpipes either. Again, crazy. There’s still a “gas cap” though, which covers the charging port.

If it weren’t for the metallic orange finish, it’d feel like we were in stealth mode as we snuck up on “loud” petrol-powered compact cars. I suppose this is a similar experience with most electric vehicles, but it’s worth noting the relative silence when compared to hearing the 75+ years of Ural heritage emitting from two cylinders violently boxing each other. Casey sat in the sidecar, talking to me in a normal outside voice at the stoplights – no chugging engine to holler over. From a standstill, the electric power is instant, then it smoothly/quickly increases. Ural riders will shake their heads in disbelief, while smiling. Motorcycle riders unfamiliar with Urals will assume this is the way it’s supposed to be and focus only on how neat it is to be on a sidecar that happens to be quiet. 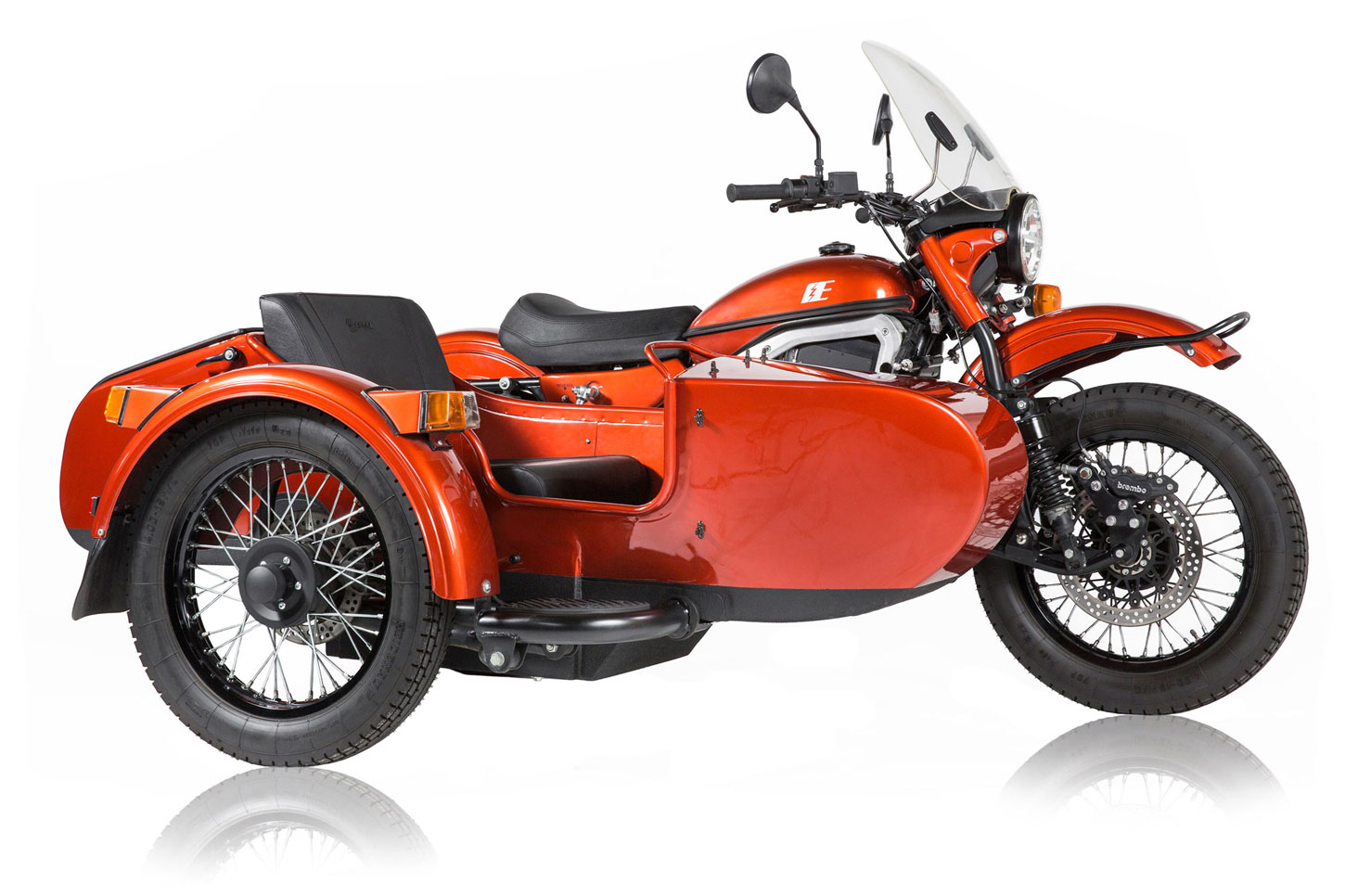 But is this Ural’s whirring magic-carpet mode better than feeling the vibrations and tractor-like grunt of its well-liked fuel-burning predecessor? I can guarantee many will weigh in with their personal disdain…or elation. I’ll also speculate that most of the negativity will be from those who haven’t test-ridden the electric Ural – those surly Luddites! Here at Good Spark Garage (a name inspired by moto combustion), we absolutely loved the experience of riding this e-Ural. And we want one, like, right now. We wouldn’t say it’s better, it’s just different in an awesome way.

We’re also enamored with the exhaust-chuffing charm of our Russian, 750cc, airhead engines in the three Urals we own (as brothers, we share and rotate custody). We also respect the company. After getting to know the small team at Ural, we have a good understanding of how big this endeavor was. It was a monumental stride made without the endless resources and deep pockets of global corporate brands. It was spearheaded by a CEO who had a careful desire to resuscitate a motorcycle on the verge of extinction less than two decades ago. Ilya Khait won’t abandon his lovable and vastly-improved gas-powered sidecar motorcycles and he’ll continue to listen to riders. We know him well enough to know this electric leap forward is a sign of his invested interest. One that will keep Ural’s heartbeat growing stronger (whether electric or fossil-fueled) and ensure new generations of quirky, cool and enthusiastic Ural riders. 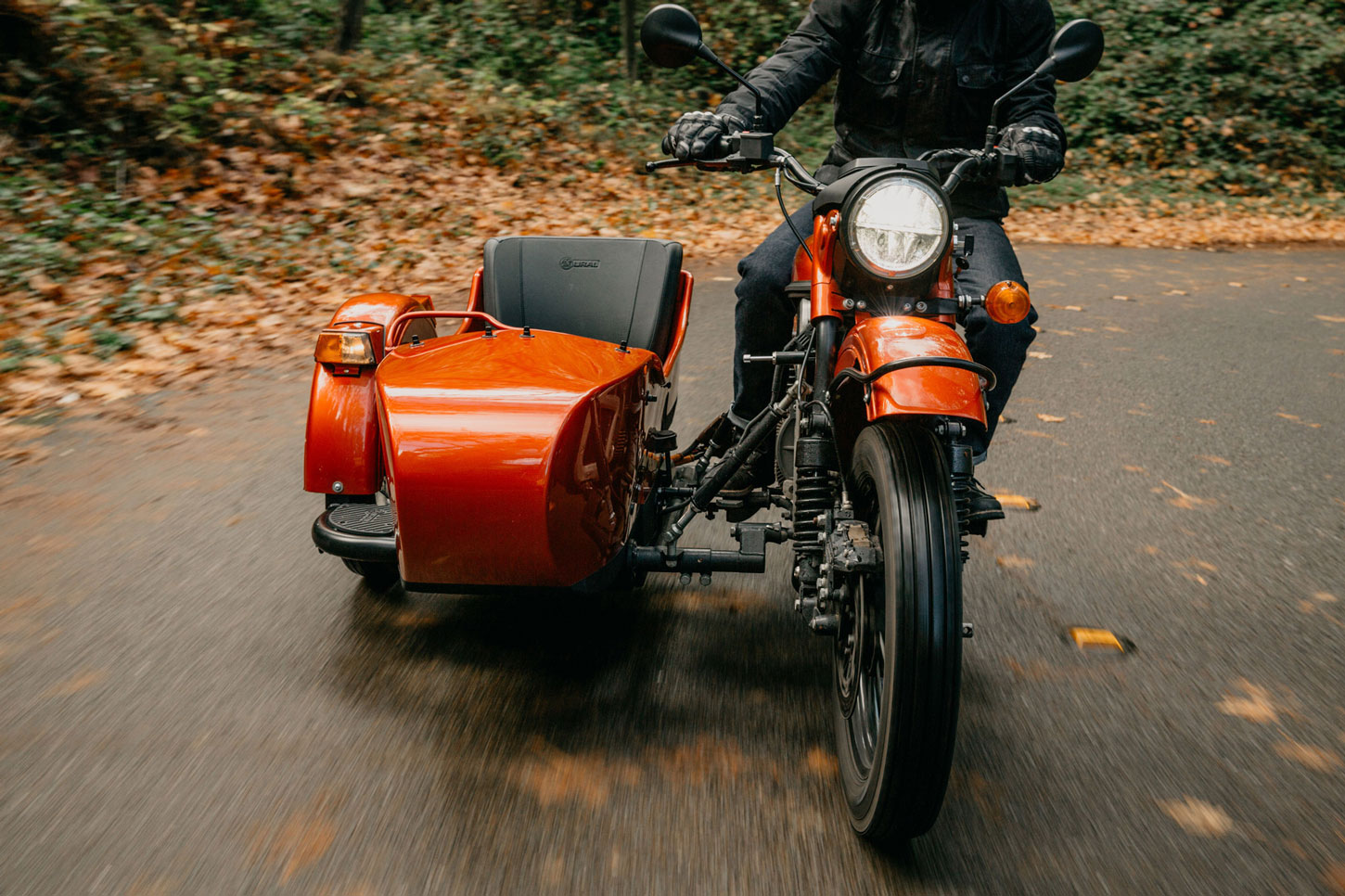 What’s Next for the Electric Ural?

Here’s the answer, straight from Ural: “There are no immediate plans to manufacture an all-electric model at this time. The decision will ultimately be based on market research, consumer and industry experts’ feedback. We estimate it would take approximately 24 months to ramp up serial production upon final design approval. We accumulated a lot of data to be used in the next phase of the project.”

“Proof of concept was the main goal for this project. One of the main challenges was to find the optimal location for the batteries while maintaining passenger comfort, storage capacity and stability distinctive to Ural sidecars.” – Ural Motorcycles 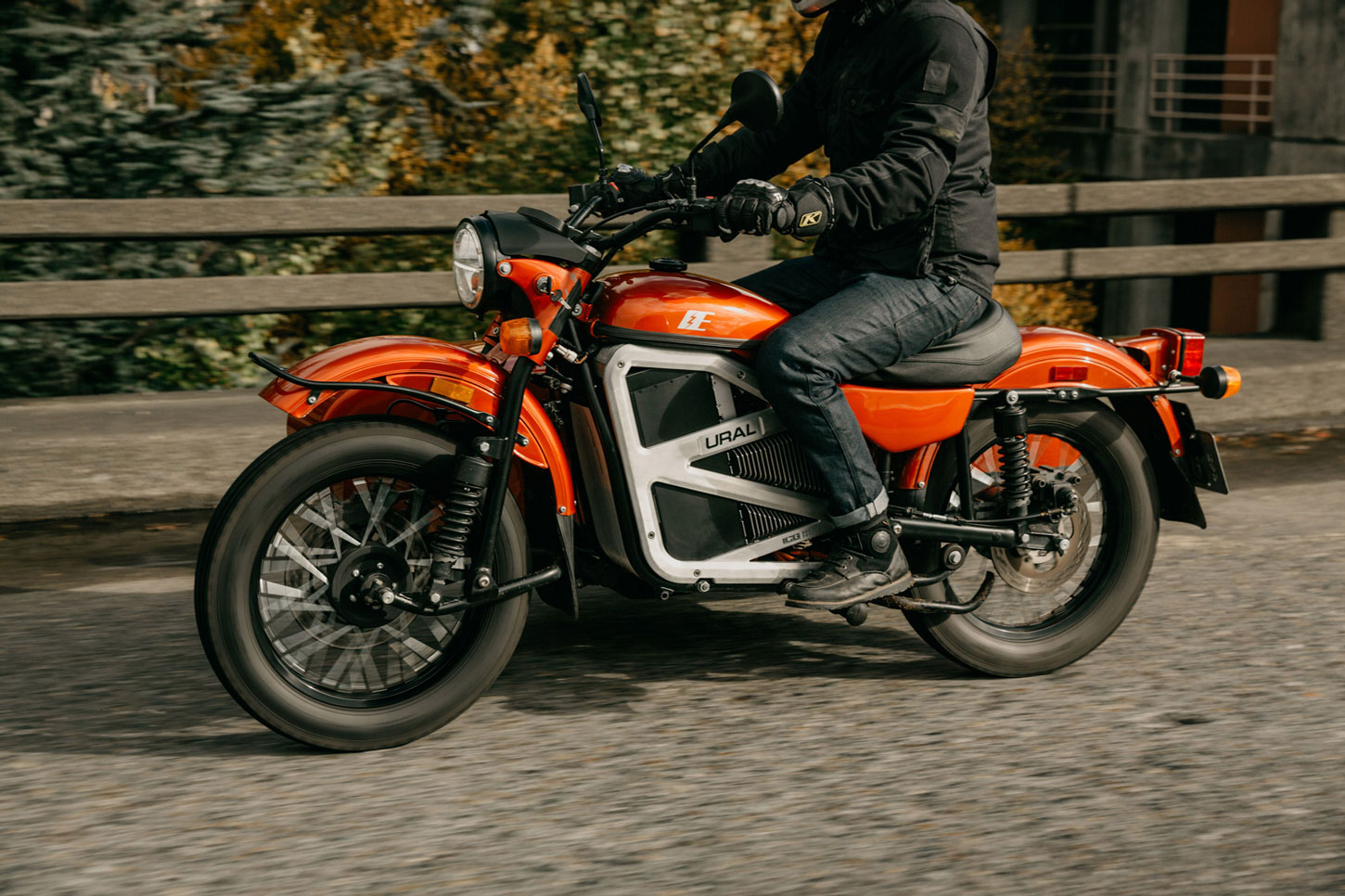 Now that we’ve got our high-level review shared above, here are some quick details (I know, I said there wouldn’t be lots of decimals). To dive deeper into the details, visit Ural’s web page on the this bike: https://www.imz-ural.com/electric

What are your thoughts? Let us know in the comments or ask any questions about our short-lived experience on the electric Ural.

The Wilkinson Brothers are longtime Ural riders, motorcyclists, and motorsports marketing professionals from the Indianapolis area.