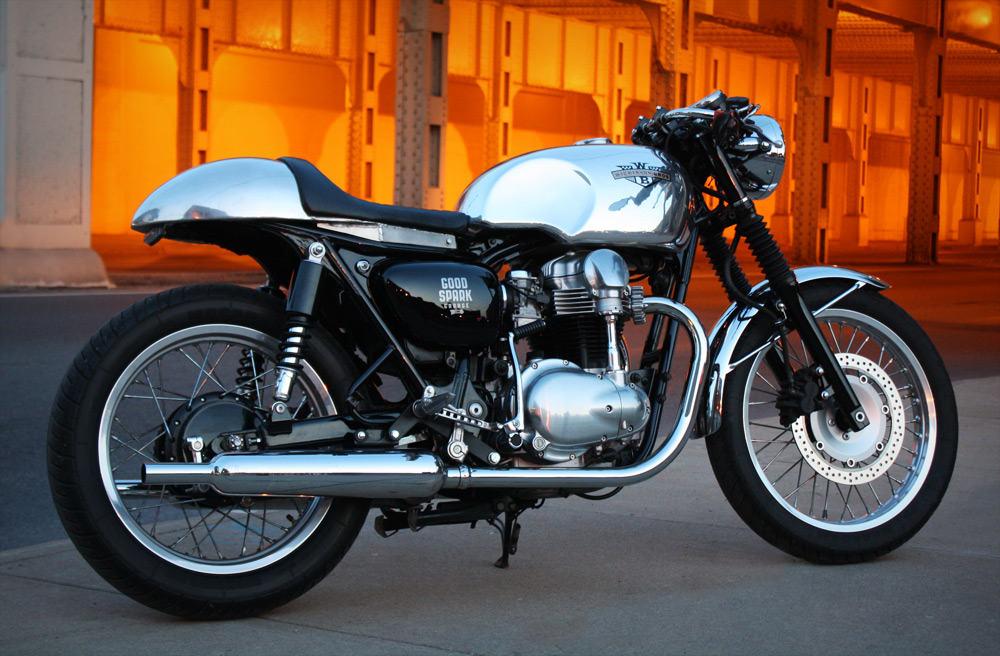 Is that a Norton? What year Triumph is that? That’n old BSA? Just a few of the many first-glance questions I field on this 2000 Kawasaki W650. When it was in stock form, the British looks were already in place, but a few key mods helped create a more racy cafe persona to this Wilkinson Bros daily rider. 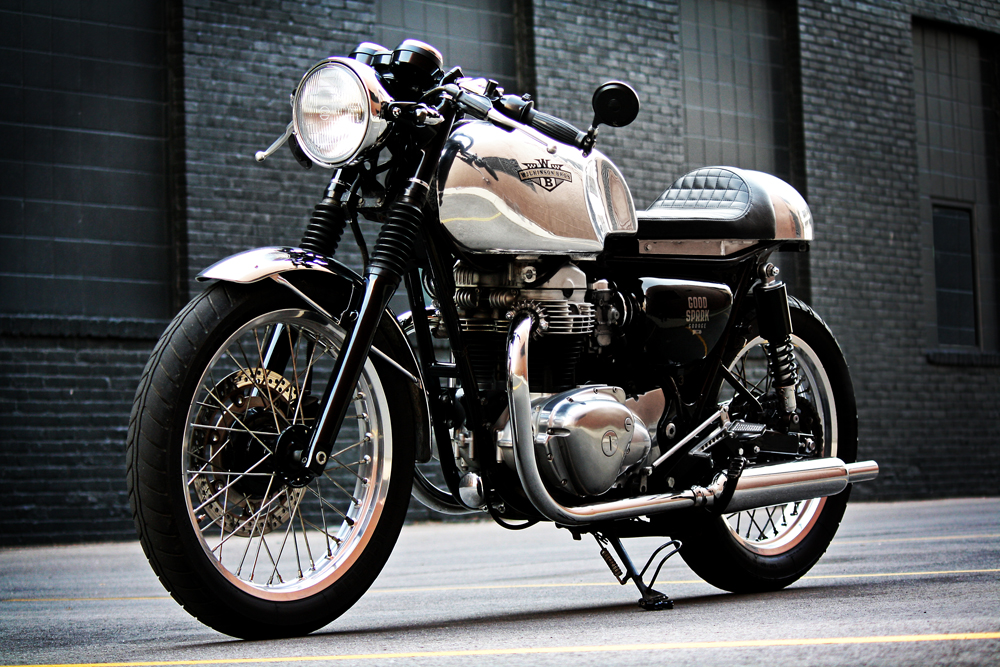 Kawasaki will tell you the roots go back to its own 1967 W1, which does bear similarities, but the late-sixties Bonneville vibe is clearly evident. Only a couple years of this model usually surface in the States, the 2000 and 2001. My brother, Casey, and I were on the lookout for one, knowing it’d be a great base for a cafe racer. Luck on our side, we found a stock W650 just a mile down the road with dialed-in jetting and a modified airbox. This W ran smooth as silk. 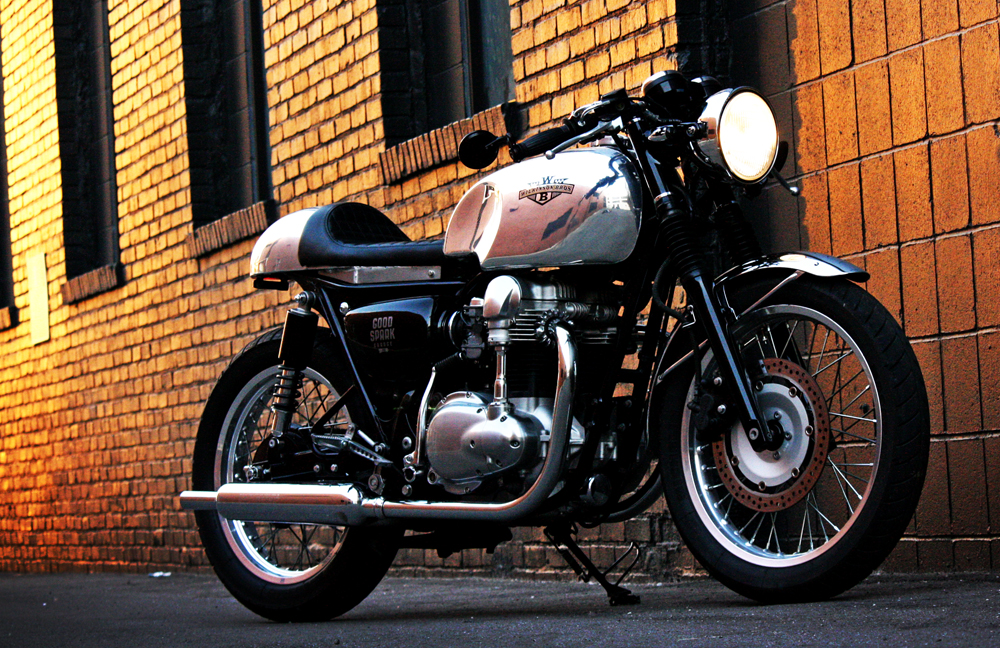 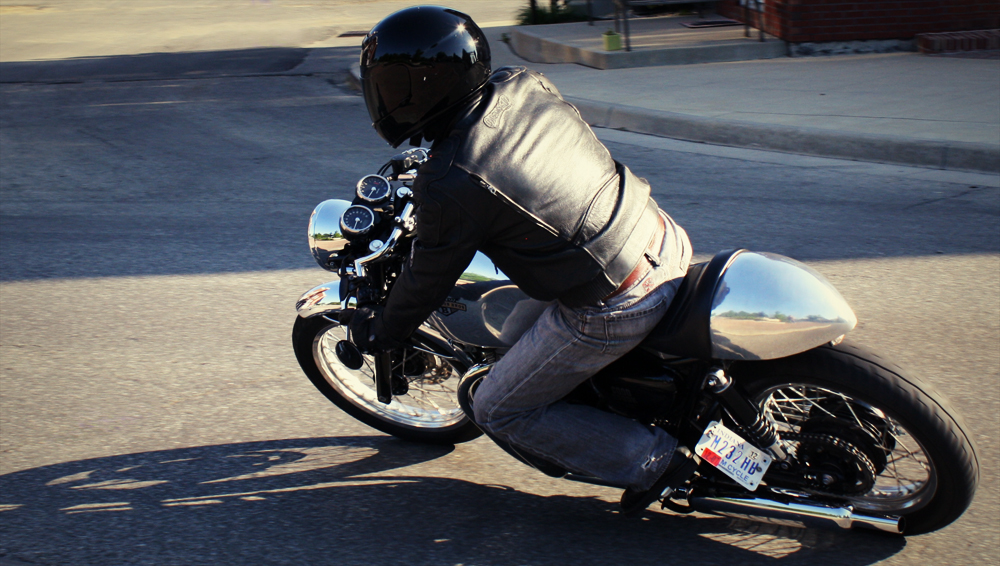 To start the cafe conversion, I bought 29-dollar ace bars and 15-dollar Gran Turismo-style grips. Easy enough. An online search for hand-built aluminum gas tanks turned up several vendors – mostly overseas. The craftsmanship was beautiful, but I couldn’t bite on the cost and shipping fees. After scrolling through eBay auctions, I ran across what looked like the same Gold Star tank offered by French accessories provider, VD Classic. This one, however, was in North Carolina sitting on the hood of an old pick-up. It had a crude patch in the tunnel, but looked pretty good in its so-so eBay pics. I was highest bidder at $600; fingers remained crossed until it showed up in the mail. The exterior was perfect and the patch would later be fixed by our buddy Cliff at Meyerbuilt Metalworks. He also relocated the mounting brackets and ears to help it fit nicely to the Kawi’s frame.

The tail piece was next on the list. A mass-produced fiberglass option was considered, but the desire to have something more unique prevailed. I called on Cliff Meyer of Meyerbuilt Metalworks to hand-form a tail section that would envelop the W’s ascending subframe and flow right into the alloy tank. It utilizes existing mounting tabs, has a built-in LED taillight bracket, and sits solid as a rock on the bike. The Meyerbuilt touch on this tail is the perfect complement to the polished tank, both of which get their fair share of fingernail tapping and admiration at bike gatherings. 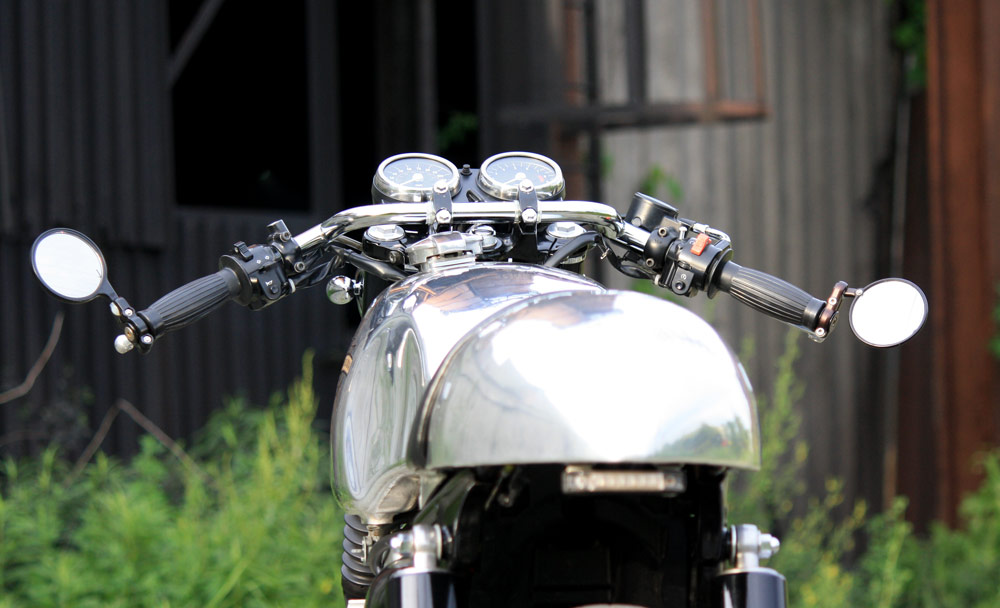 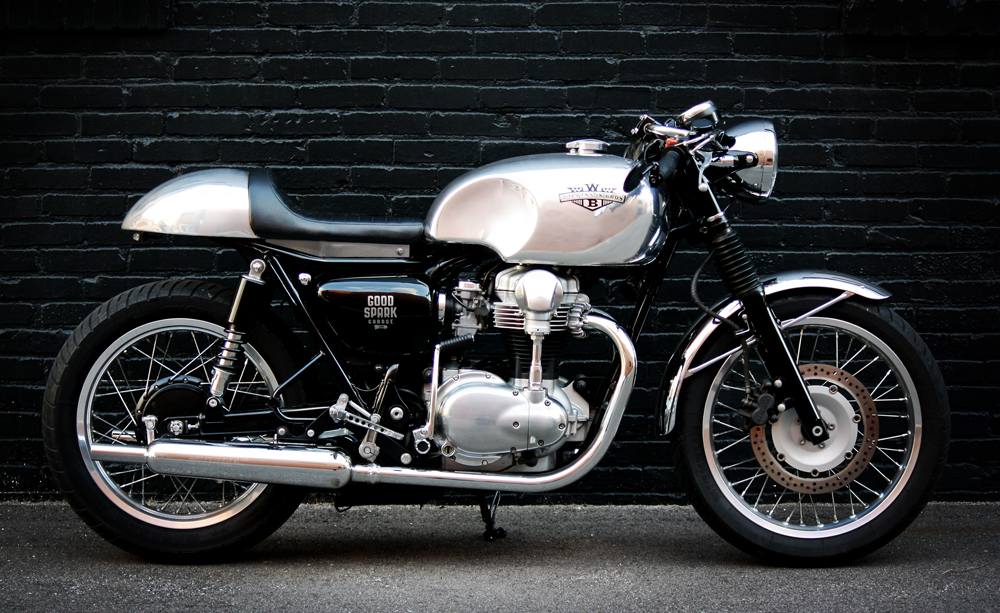 We built and primered a steel seat pan to fit down over the aluminum tail section for an upholsterer to work with. Using photo references and our pencil drawing, Indianapolis-based Kent Auto Upholstery created a top notch custom seat. 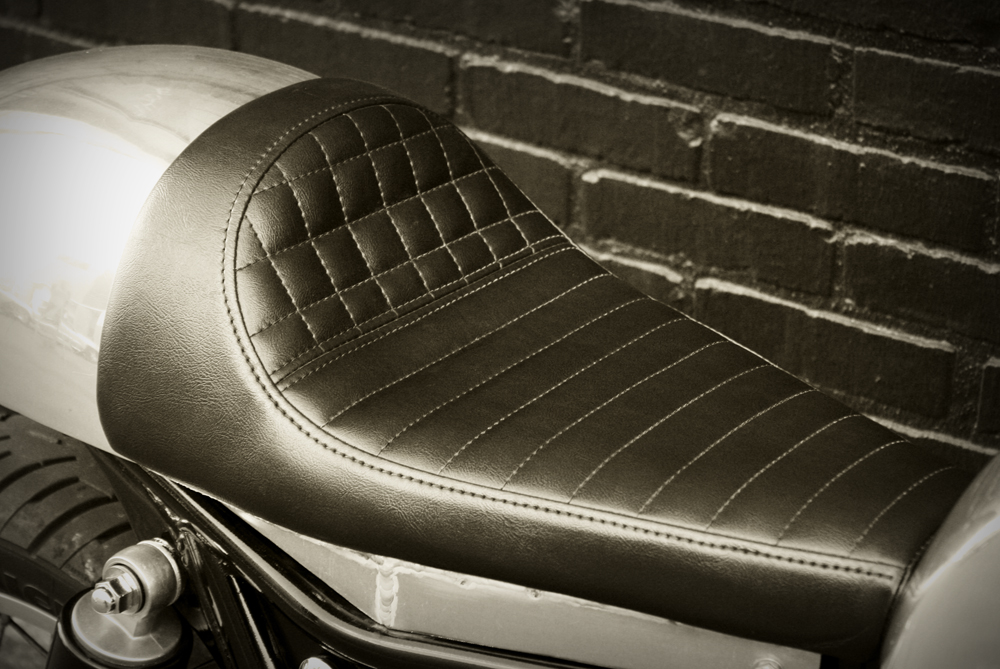 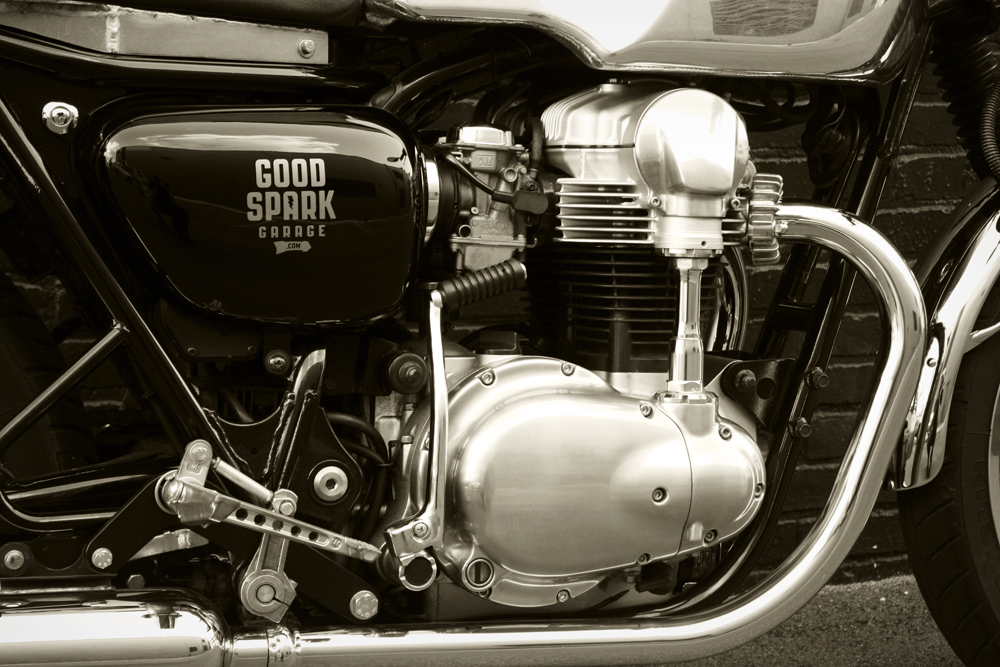 After handlebars, tank, tail and seat, the remaining cafe elements needed were rearsets. Creating custom pegs and linkage was tempting, a task that Casey had just completed for his airhead BMW cafe racer. But, on a quest for a simple solution, I opted for the W650-specific Raask rearsets. In one quick garage session, they were on and ready to go. 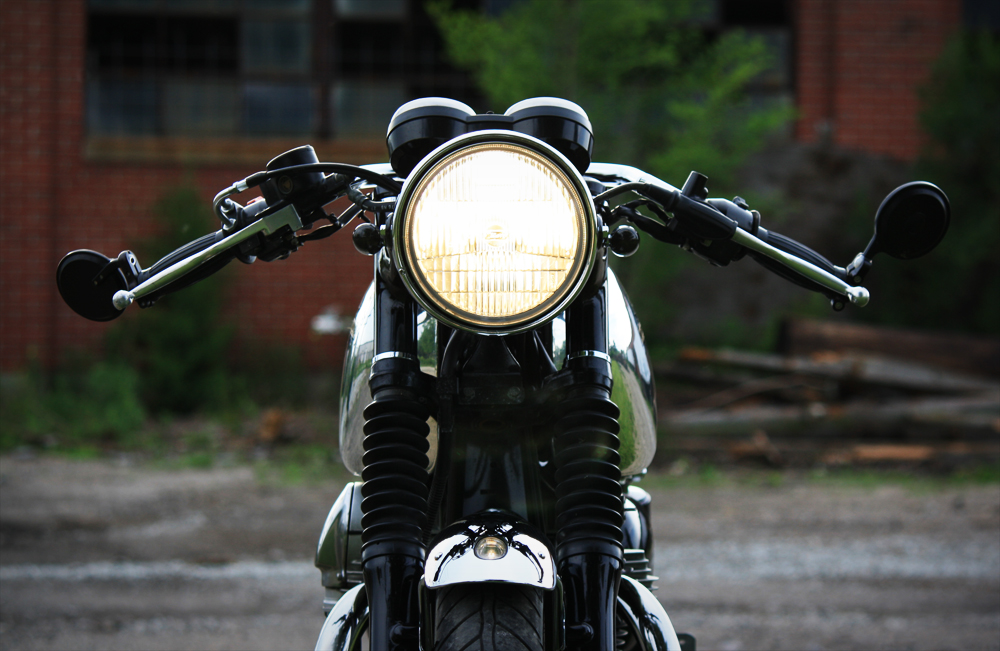 Many elements remain stock, like the chrome pea shooter exhaust, spoked wheels, headlight, front fender, black hubs, fork gaiters, side pods, and faux Smiths gauges. This wasn’t a major overhaul, just enough to evoke the spirit of a cafe with a bulletproof engine. 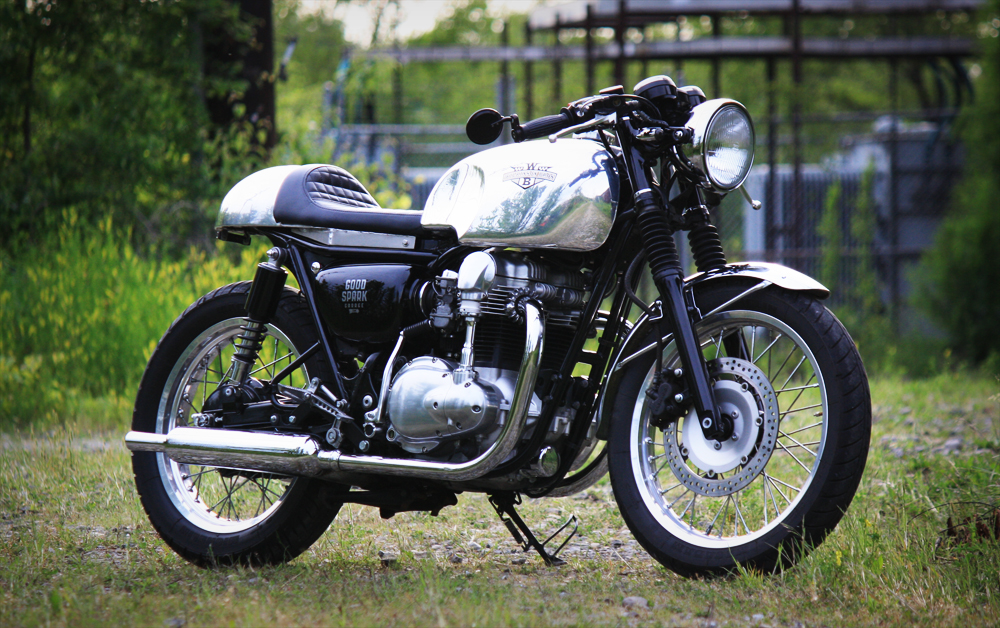 Wilkinson Bros is a graphic design studio, but our daily distraction is motorcycles (which led to our creation of Good Spark Garage). If we had more shop equipment and time, perhaps it’d evolve into a full-blown custom bike shop. Who knows. In the meantime, we use the tools we have, take our projects as far as our skill-sets allow, and call on friends/craftsmen when limitations arise. It’s a way we can achieve exactly what our minds and pencils conceptualize rather than stopping short of a goal. We then ride the heck outta the bikes. 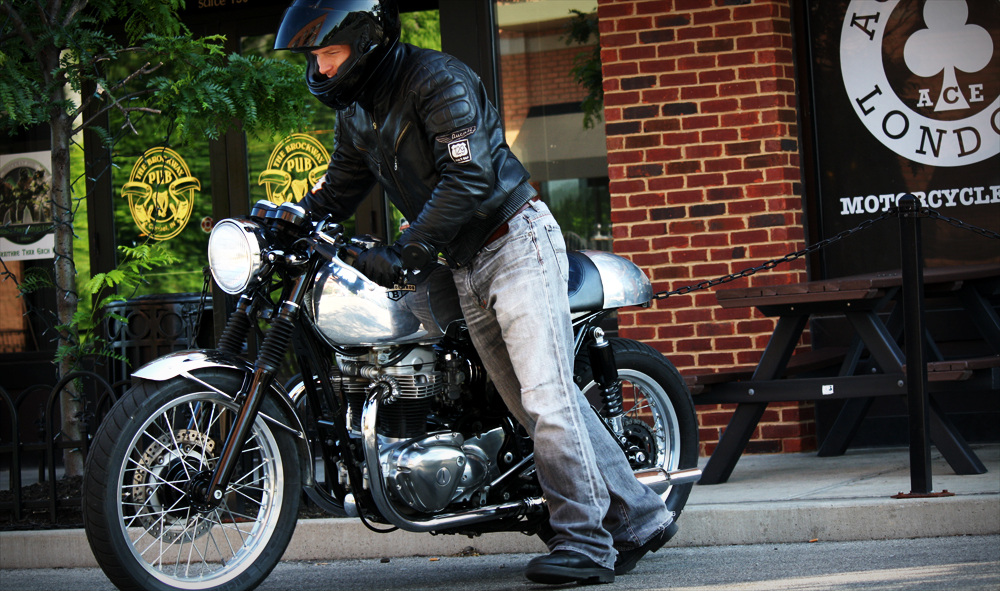 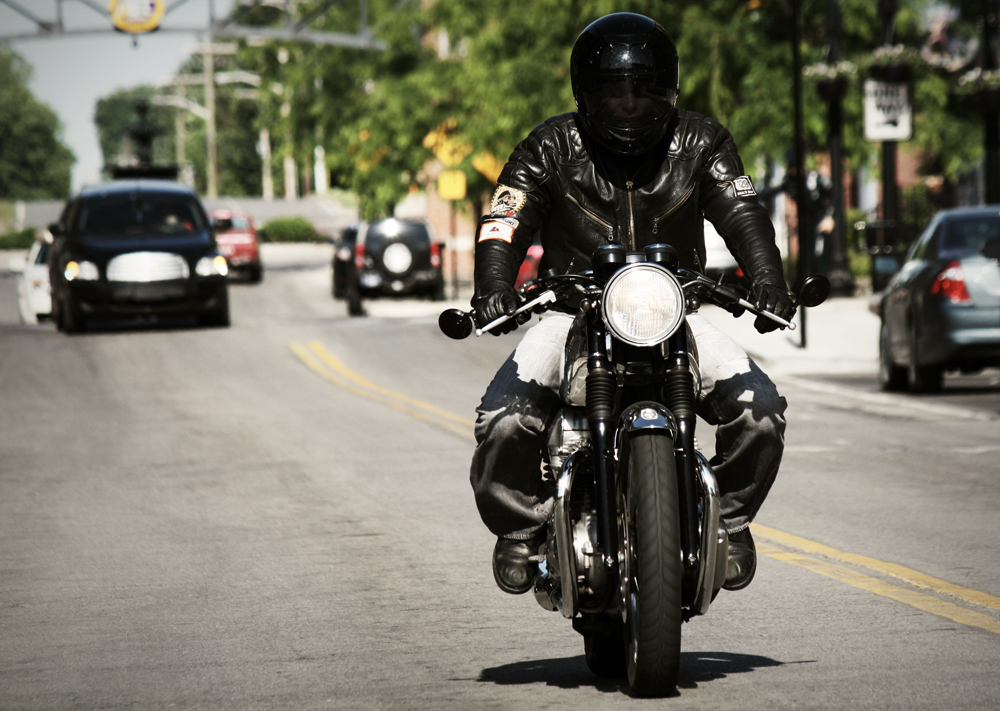 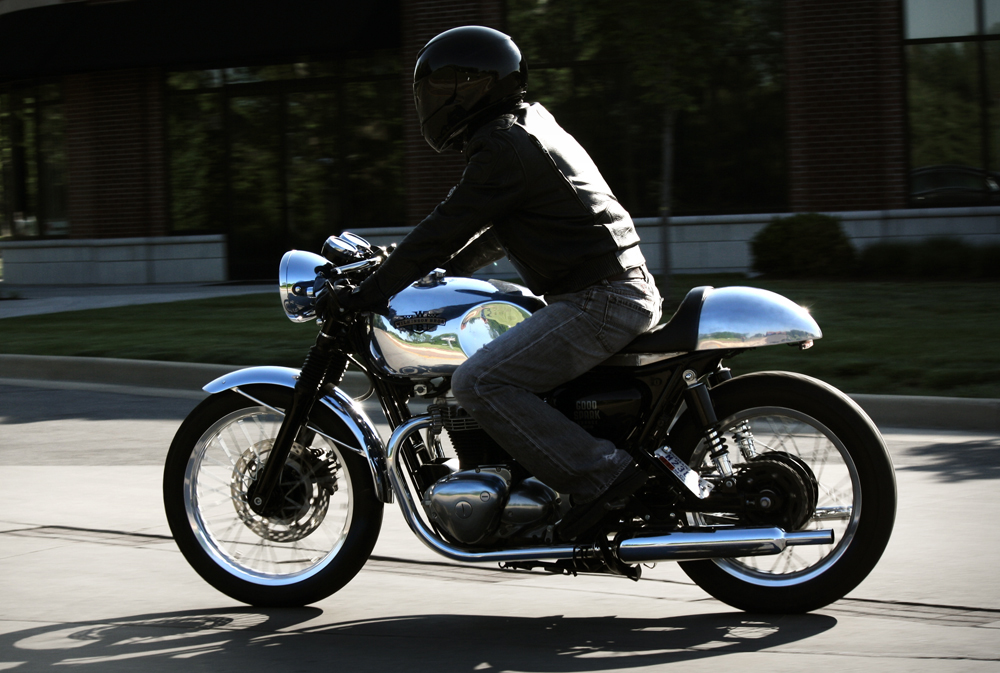 This photo set is just a fraction of what you'll see at Motorcycles on Meridian, a…

We threw the cameras on the bikes and rode a short trip north to Kokomo, Indiana,…