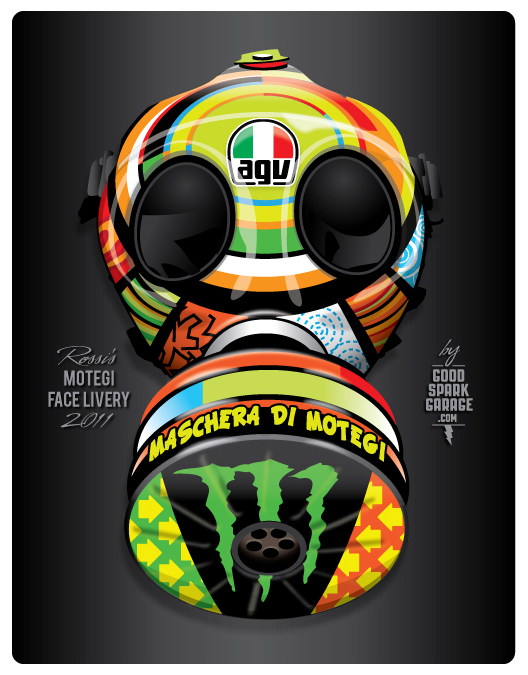 A state of emergency was declared at the Fukushima nuclear power plant, where radiation levels became lethal. The track, Twin Ring Motegi, is 67 miles from Fukushima. Though there are still conflicting reports and opinions after five months, it has now been confirmed: The show will go on.

There are a fair amount of riled-up folks who are lambasting the indecisive riders. For us, we’ve not done the necessary homework to weigh in properly. Which also means we can’t be critical of the riders’ current stance. Selfishly, we wanna watch a race. Sympathetically, we want Japan to be able to host an event that they’ve contributed to mightily. Even if riders object, it looks like the race will be held regardless of an empty spot or two on the grid.

Right now, Valentino Rossi is the most vocal about NOT going. His recent statement prompted the above illustration as somewhat of an editorial cartoon. In response to the confirmation of the race, Rossi says, “I was hoping the championship organisers would make the right decision, but that hasn’t been the case and now we’ve got a serious problem.”

Perhaps there’s a way for The Doctor to employ our Motegi Mask concept to ensure his involvement in the championship. 🙂 Quips aside, we hope the hard-working people of Japan find solace in hosting the GP as they continue to rebuild and recover.