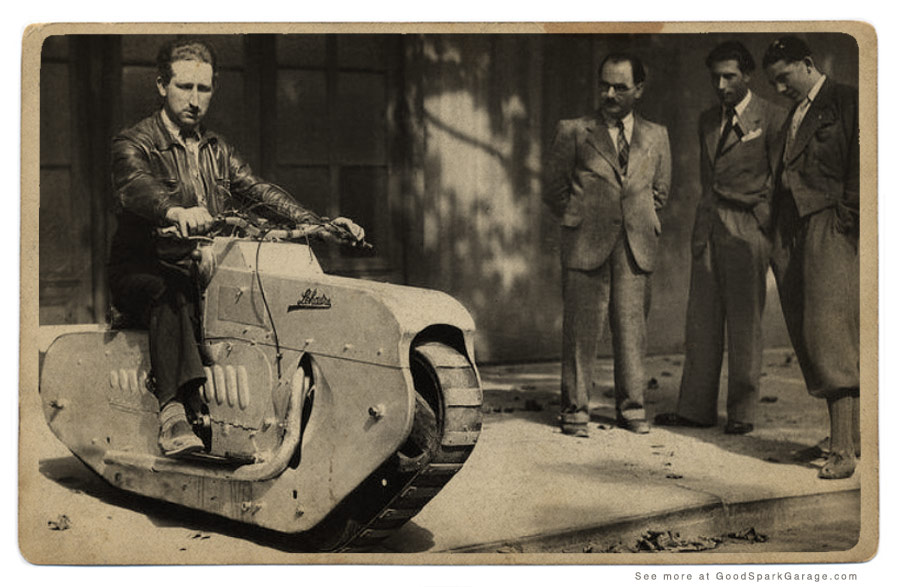 The concept of motorcycling is plenty enticing in its most stripped-down, basic form. But these dudes found ways to take it further, going in the direction of rugged, hunks of metal with the intent of being unstoppable. We tip our helmets to ’em. Imagine a convoy of these contraptions headed toward you.

Above: The LeHaitre Tractor Cycle from the late 1930s. As long as you weren’t in a hurry, this thing could go anywhere…at 25mph (top speed). 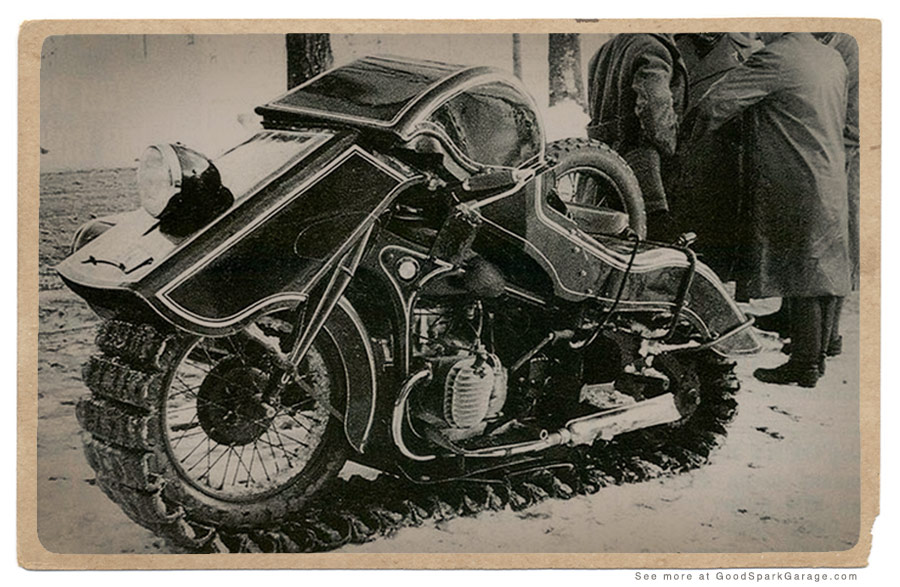 Above: The 1936 BMW Schneekrad for when the going gets snowy. 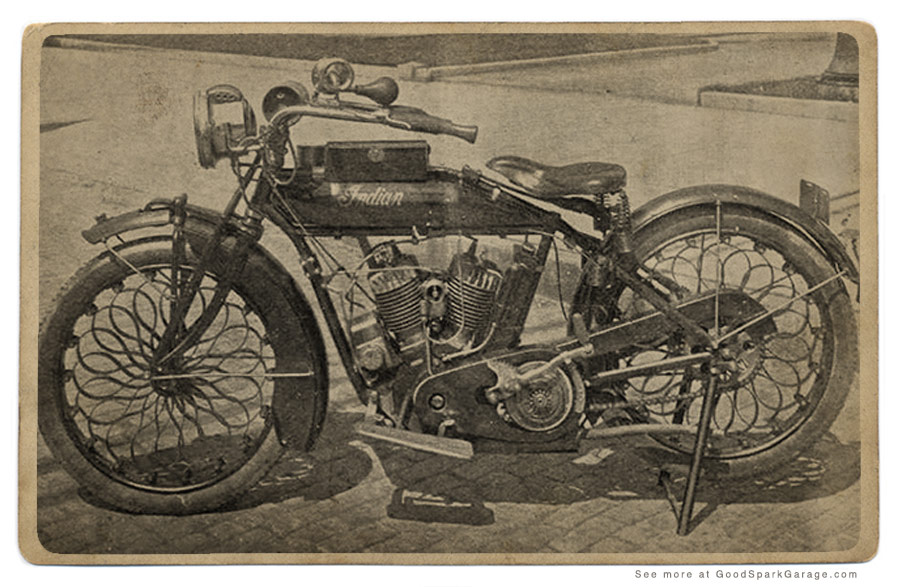 Above: An Indian fitted with Ackerman wheels featuring their “spring steel spokes” as shown in the April 1917 issue of Motor Mechanic Magazine. You could run solid tires with these babies. 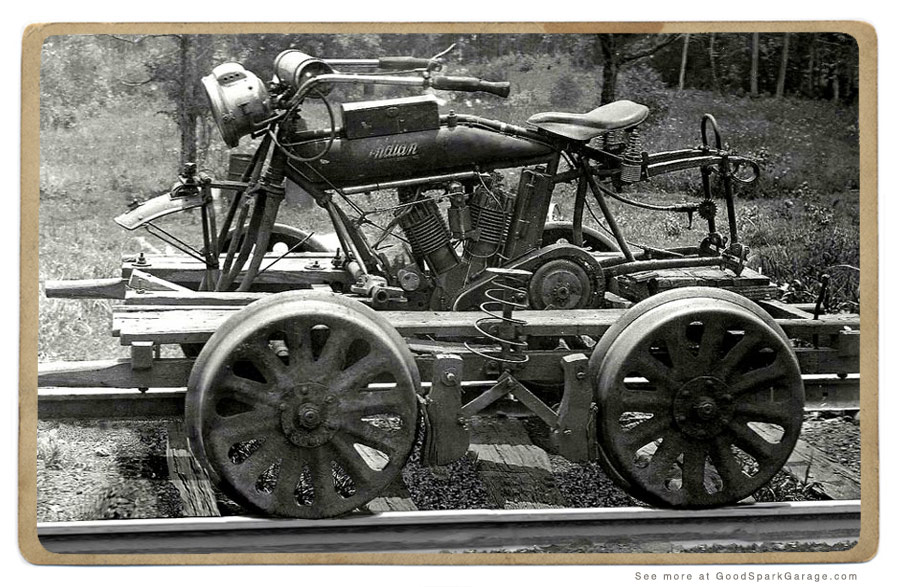 An Indian rail bike; the steampunk kids should like this one. 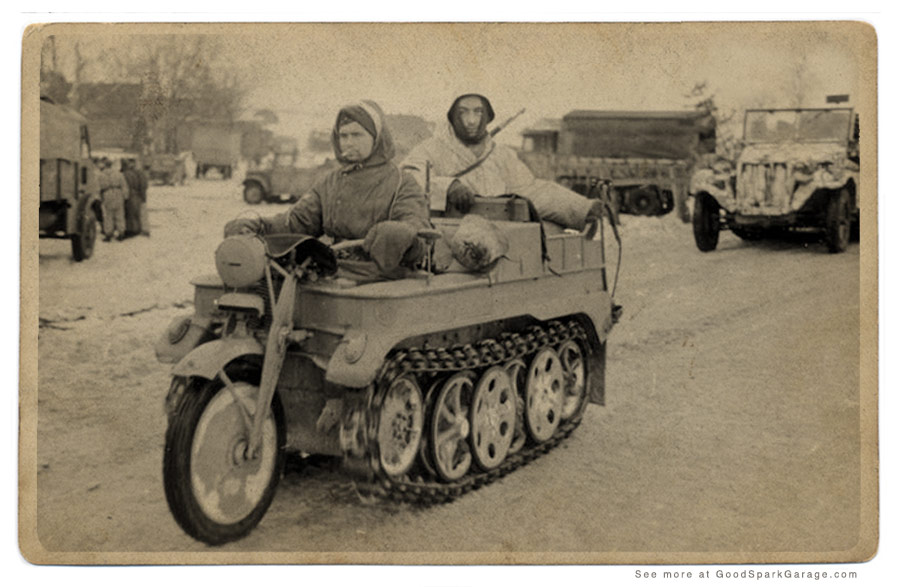 Above and below: The Kleines Kettenkraftrad HK 101, known as the Kettenkrad (Ketten = tracks; krad = military abbreviation of the German word Kraftrad, the administrative German term for motorcycle). 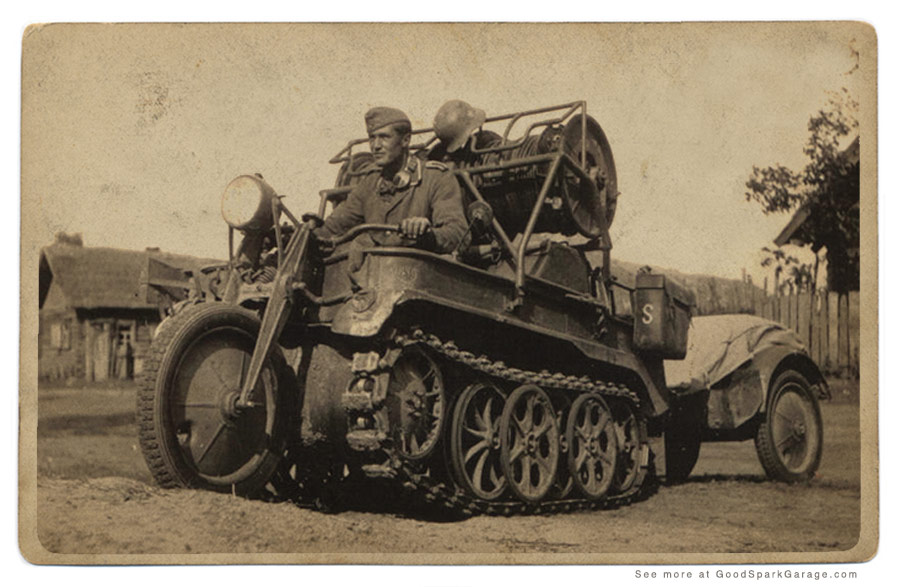 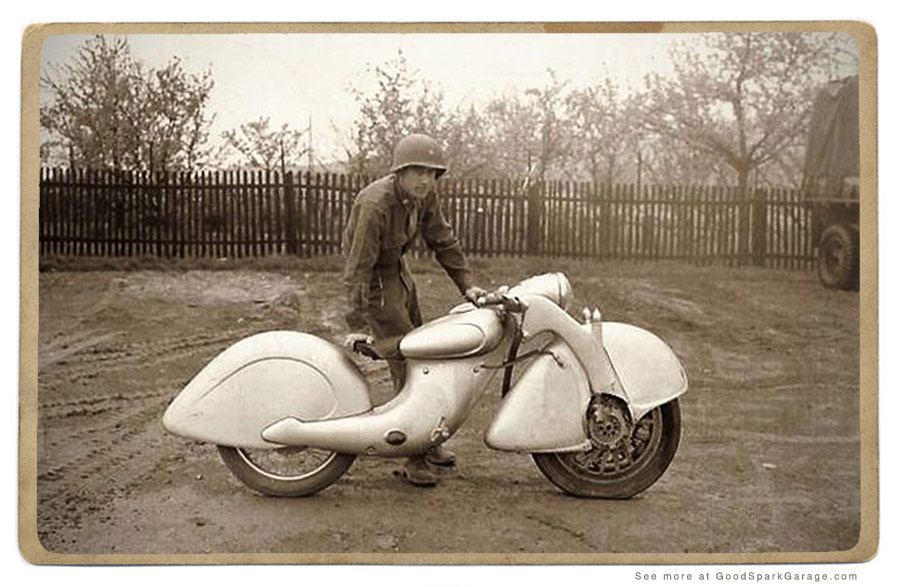 Above: The Killinger and Freund motorcycle has become an internet star in recent years. It was powered by a 600cc radial 2-stroke with front-wheel drive…impressive 1930s technology. 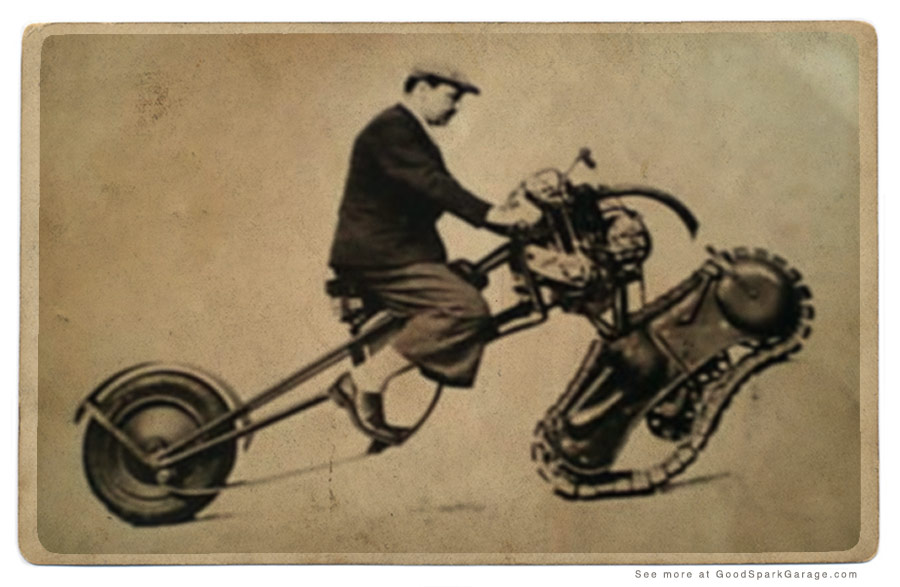 Above: This tracked “Merciers” was powered by a 350cc JAP engine – circa 1937. Reminds us of an all-terrain hobby horse. 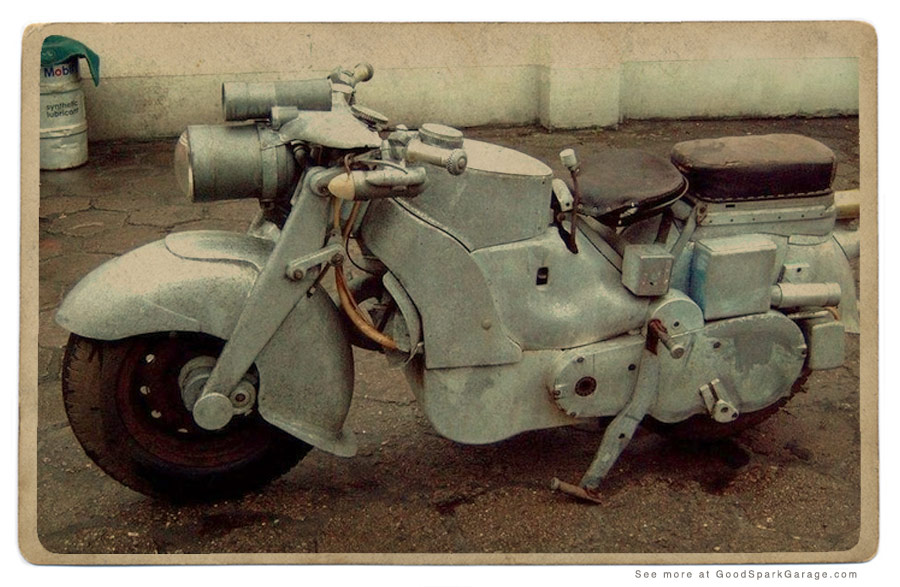 Above and Below: Polish artist Stanislaw Skura created the MSS 500 built from military surplus parts and sculpted aluminum – circa 1957. 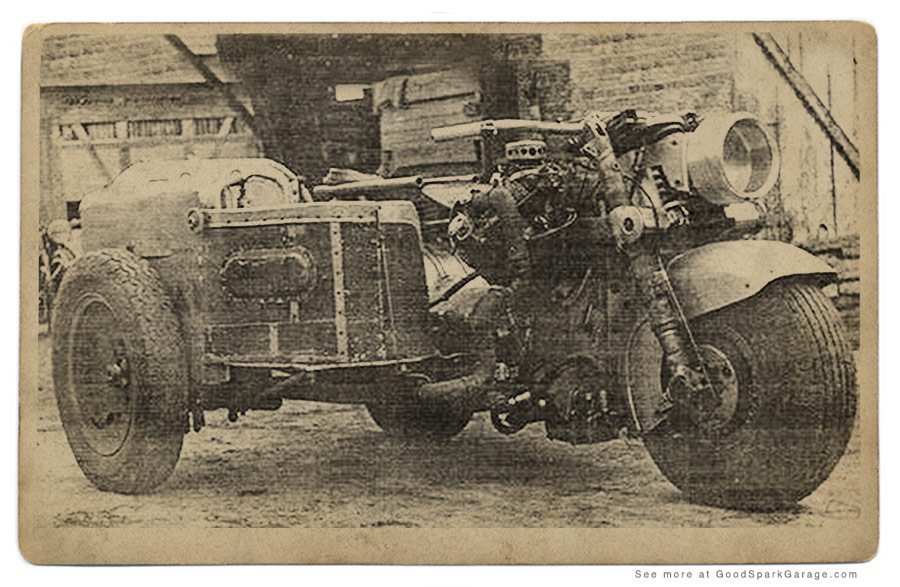 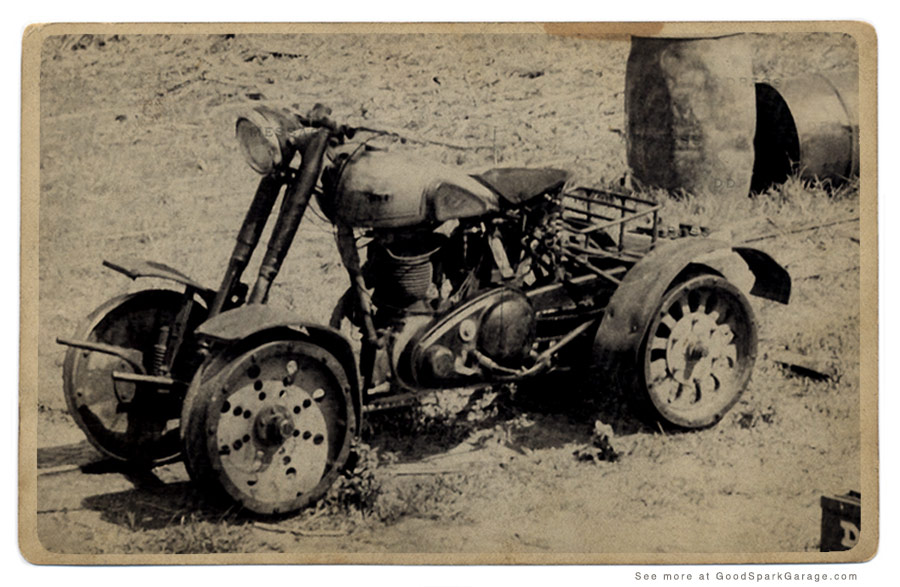 Another rail-ready motorcycle with rough-shod fenders and rear basket option. 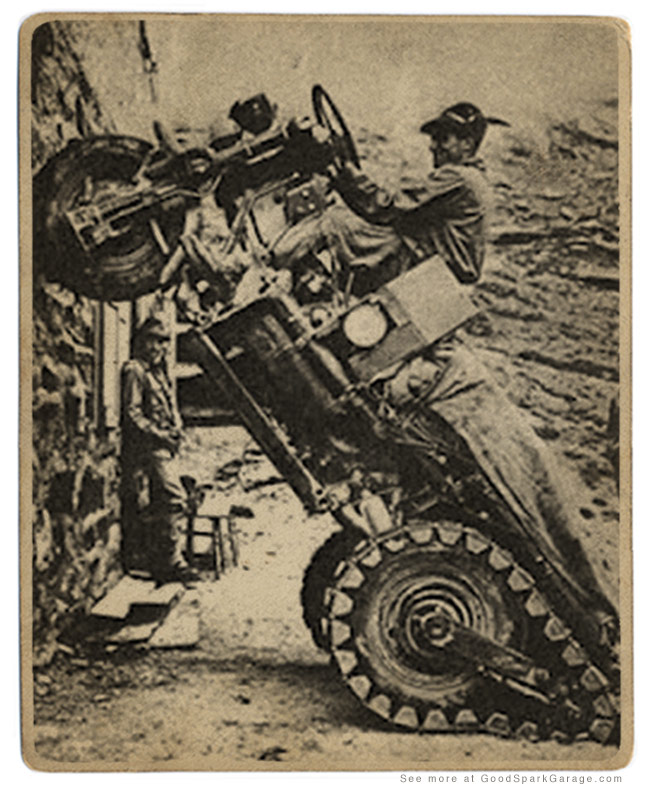 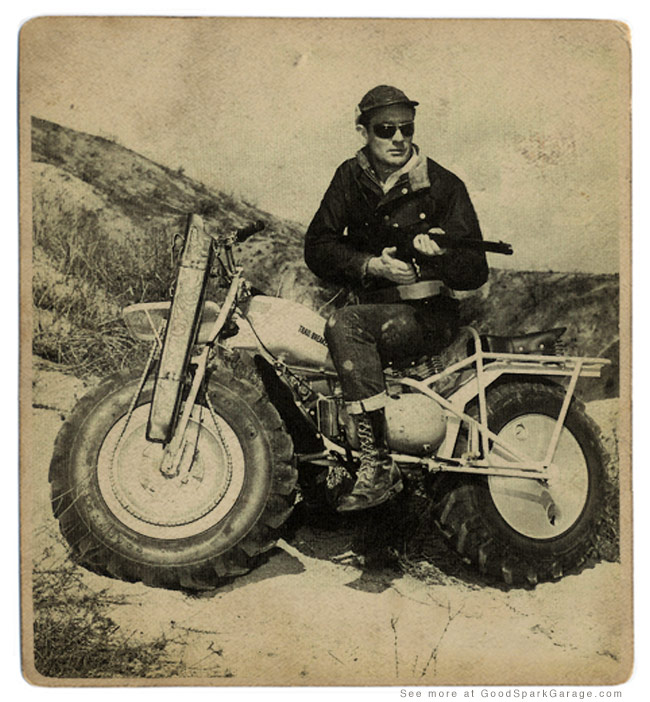 Above: The Rokon Trail-Breaker means business. Add gun and sunglasses and it means more business. 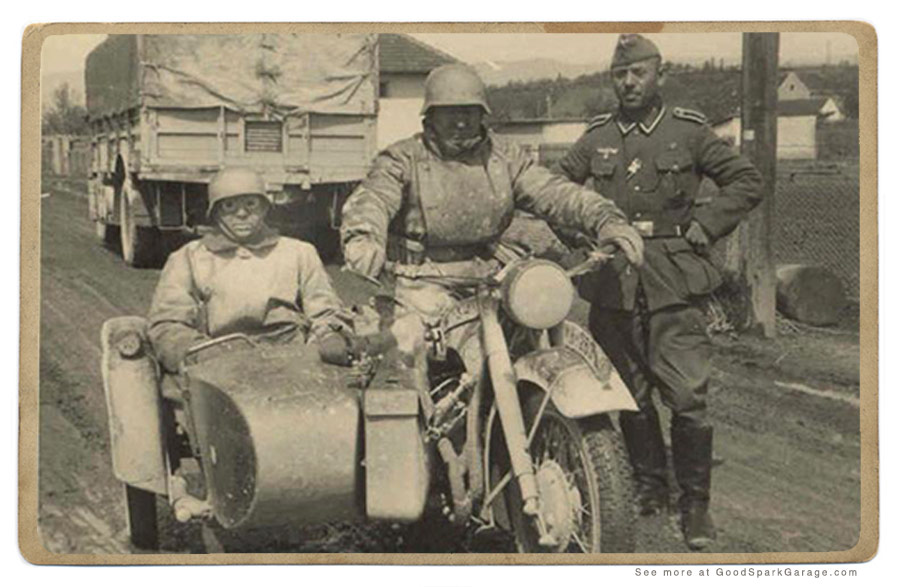 Above and Below: Sidecars were leaned upon heavily in World War 2. You can see the rig below is fitted with machine gun mounts. 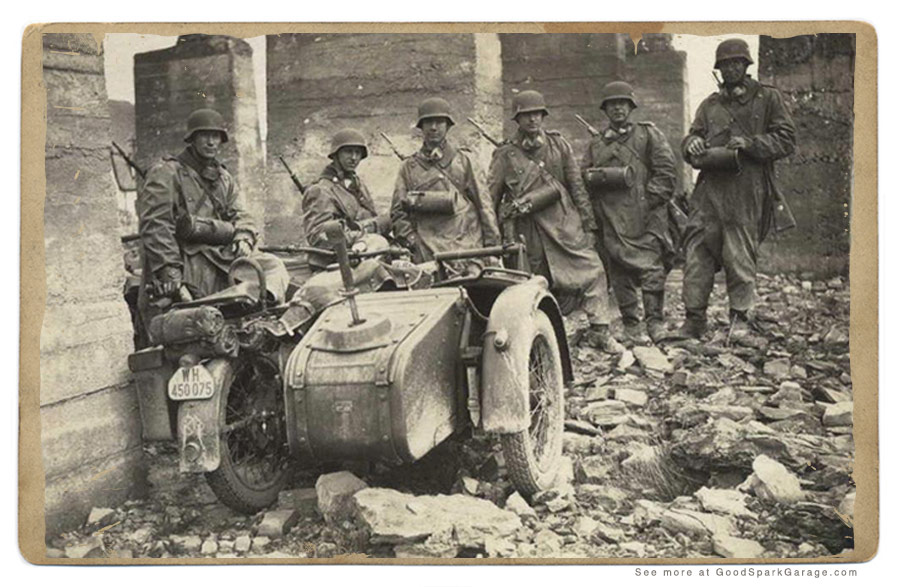 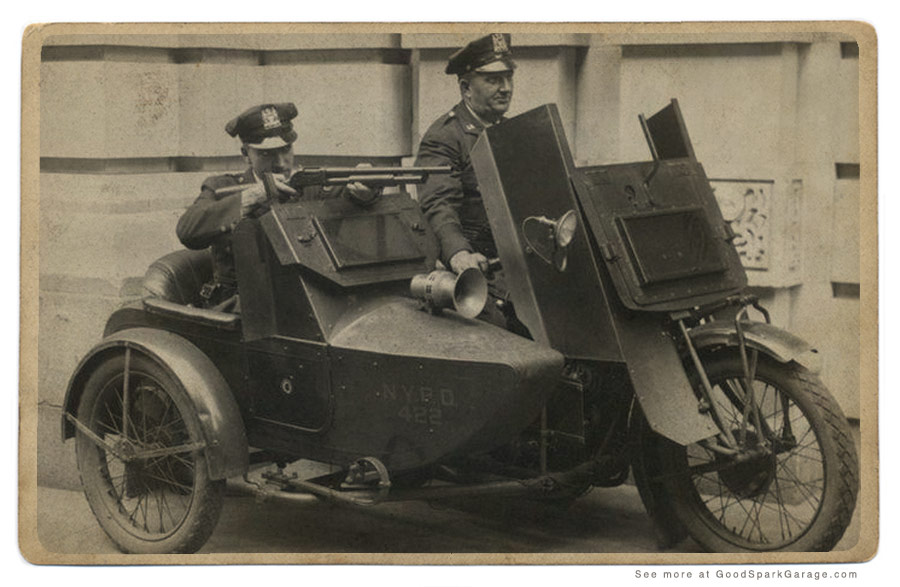 NYPD riot control motorcycle with “wind”shield down (pic from the American Police Motorcycle Museum). An attack from the side or back may be its Achilles heel. Oh, and its tires, too.

Aside from being engrossed in the now dissipating Stoner-Lorenzo points battle in MotoGP, we've curiously tuned…