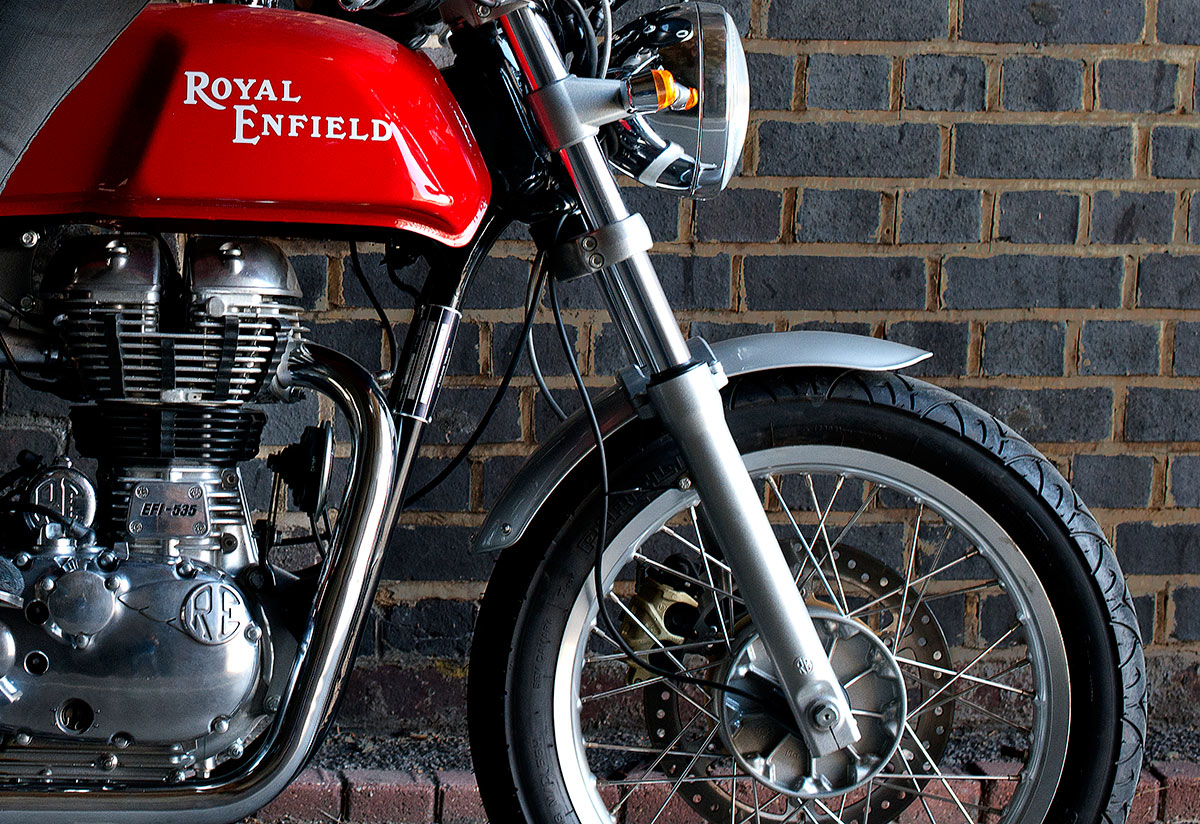 We’ve been monitoring Royal Enfield’s modern reprise of the Continental GT since its working prototype rose to fame on the internet in 2012. Launched at the height of a current cafe racer craze, it hit and stuck and has continued a successful stir on social media. Its good looks have beckoned us from the beginning. Here’s why we think this bike is smart, cool and hits the nail on the head. (Read on below.) 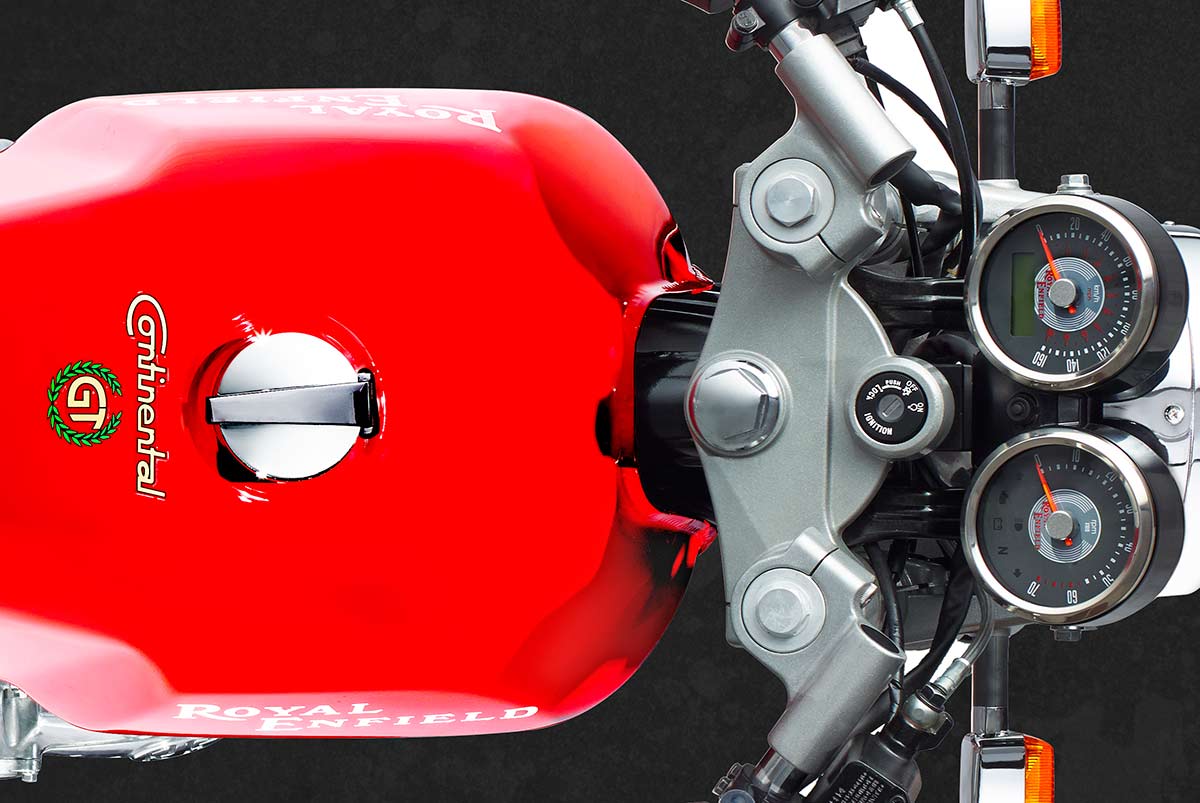 Folks who know us are aware of our penchant for cafe racers. Are we biased? Perhaps. But listen, we’ll try to write this article from a balanced perspective. We’ll pen this as motorcyclists who admire a company’s efforts to infuse passion and respect for motorcycle culture into a mass-produced bike. If you wanna read more in-depth technical data or get all Kevin-Cameron-top-dead-center about this machine, you can find that kind of info on the web. What we want to explore is how the Continental GT strikes a chord in hearts and minds. 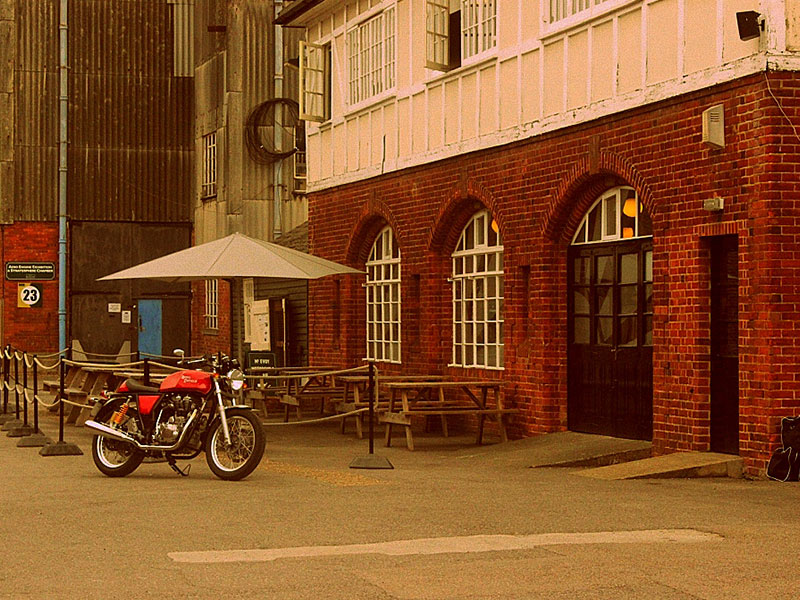 To quickly set the stage of what we’re discussing, the Continental GT has a 535cc single-cylinder power plant that churns out almost 30 horsepower. Some modern Americans might say that ain’t a lot, but we’ve never been sold on the “power is everything” mentality for an enjoyable street bike (unless you’re talking about the power to move your soul). 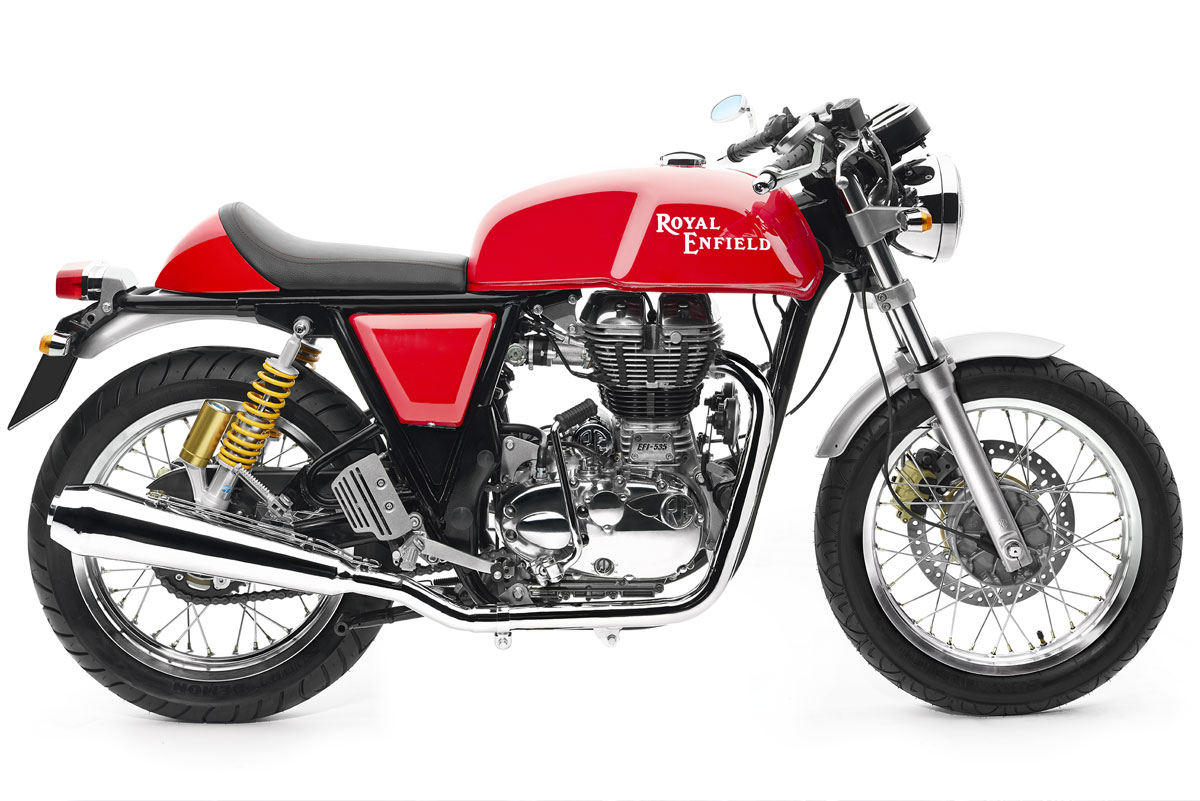 It’s air-cooled, has a kick-starter (also a button if you desire) and a twin-downtube chassis harkening back to the featherbed approach to handling. And, before we go too far with tech specs, we’ll squeeze in some accolades for its Brembo front braking capabilities, its grippy Pirelli Sport Demons and its 400-ish pound wet weight. We’ll simply note that these high-quality bits help make it clear that this isn’t some flimsy novelty bike. 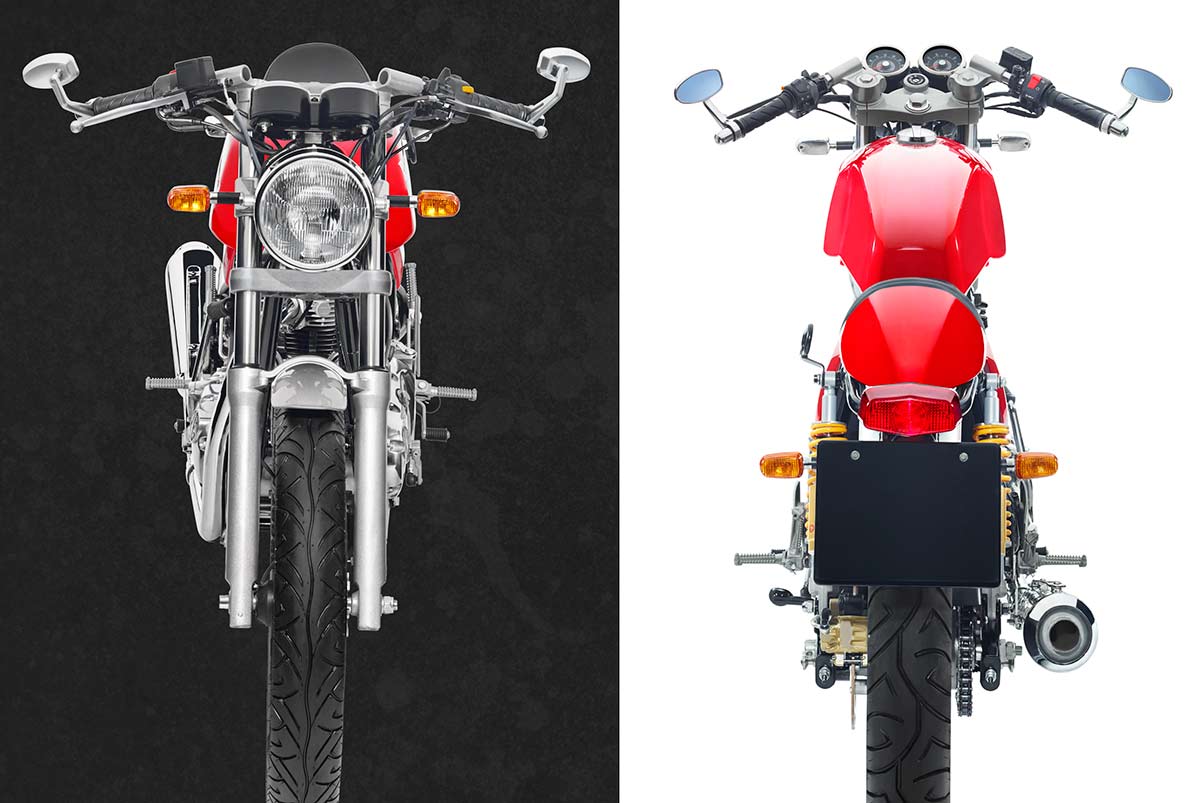 Here’s what we think happened. Someone at Royal Enfield appreciates motorcycle culture. They appreciate what it feels like to don a leather jacket, feel the wind in your face and instantly become part of a like-minded fraternity that “gets” why it’s cool to ride a motorcycle. At the risk of that last sentence sounding shallow and superficial, continue reading and we’ll expand on our usage of the word “cool.” First, we should throw some credit toward a fellow who confidently and enthusiastically introduced this little red bike to the world: Siddhartha Lal. 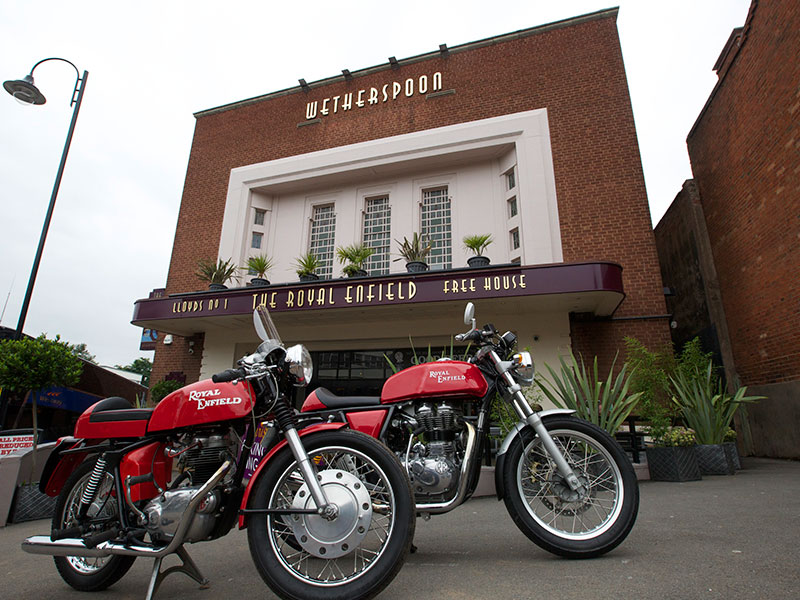 Sid Lal is the CEO of Eicher Motors Ltd in India, the parent company of Royal Enfield. While he has some serious business and auto-engineering chops, we’ve noticed a bit of a careful curator role in his latest product roll-out. In the pics above and below, you can see how the 1965 Continental GT physically inspired the new iteration, but the company’s marketing push includes a strong historical nod to the 50s/60s culture that surrounded motorcycling during the early development of the GT. 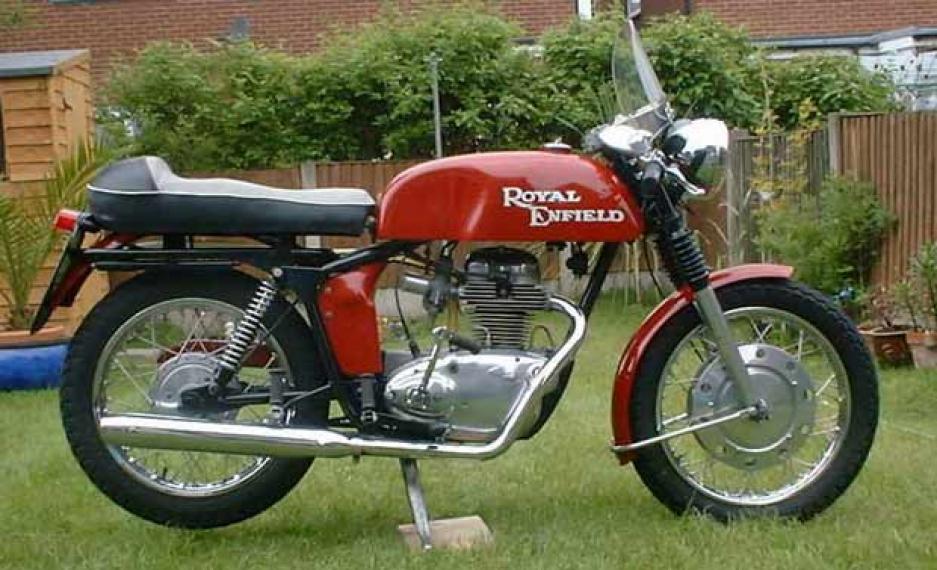 Sid has harnessed the feelings, the grit and the nostalgia that Royal Enfield has amassed in its 110+ years and helped revive a brand of motorcycles that now turns heads. We’re well aware of the technological leaps the Big 4 are making and we’ve seen how the Euro companies are continuing to make strides in design. But these days, give us a tough little thumper to throw a leg over and explore with and we’re happy. Make it as attractive and well-made as the Continental GT and you’ve got us smiling and leaning forward to learn more. 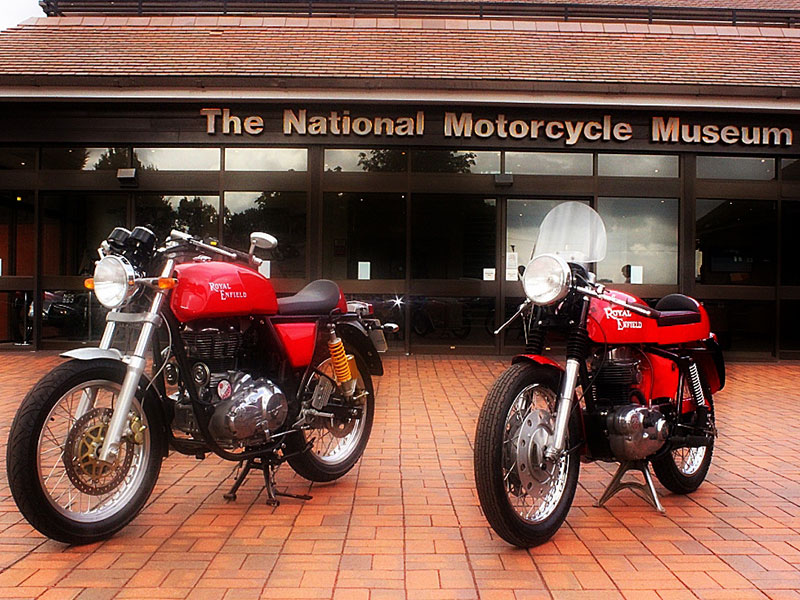 Back to the word “cool. ” We’re referring to kind of feeling you had when you were a kid, when you saw your Dad, or an uncle, or a rebel-without-a-cause pull up on a motorcycle with dusty boots, old jacket and the smell of burnt oil. You wondered how far he rode in from and how fun it must be; you swore you’d own a bike someday. Having felt that, you know that if you pulled up on one of these barebones, red Royal Enfields, some kid is gonna think the world yields to you and your motorcycle. 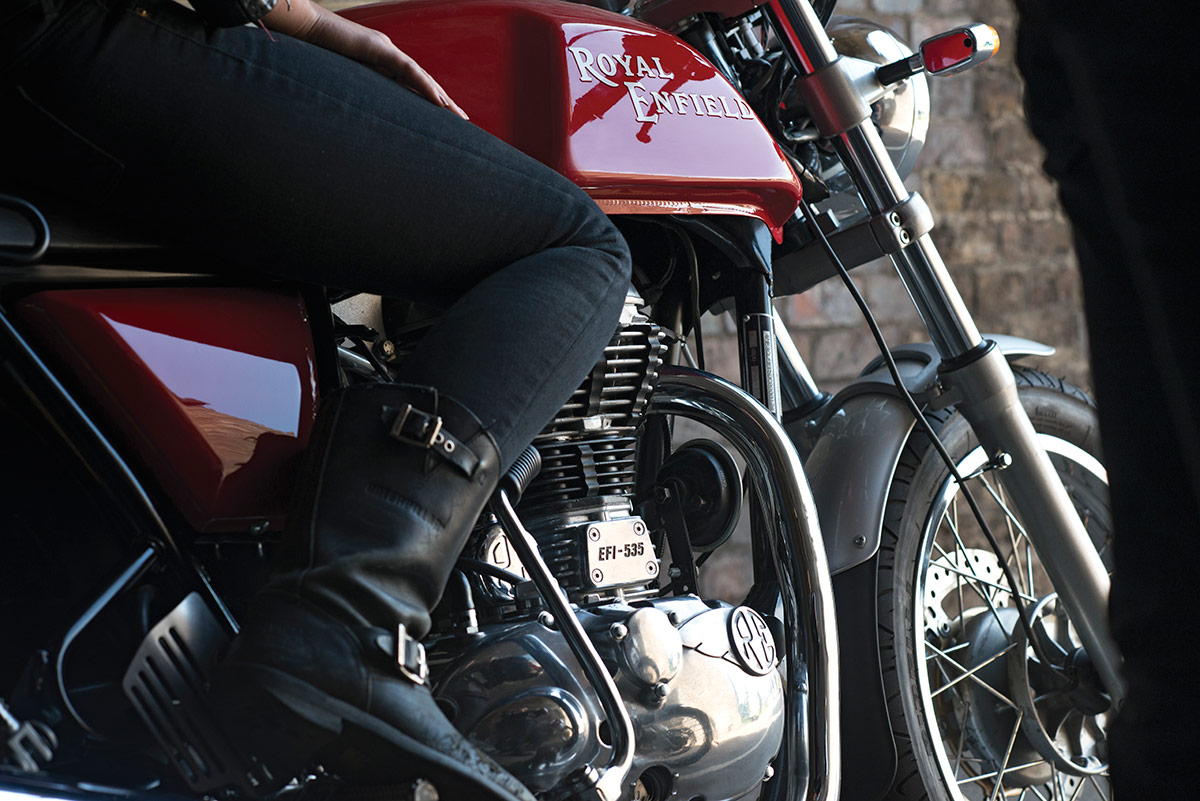 We’ve followed the surge and saturation of the rocker lifestyle for over a decade now and really like seeing how a manufacturer has captured the British cafe racer spirit in stock form. In a genre that mostly requires customization to fit the bill, the Continental GT looks ready to attend any mods vs rockers event or draw a crowd at car shows and hot rod venues. With all the requirements and limitations of modern production, it’s a bit of a surprise to us that it came out looking as brash and Teddy-boy-ready as it did. 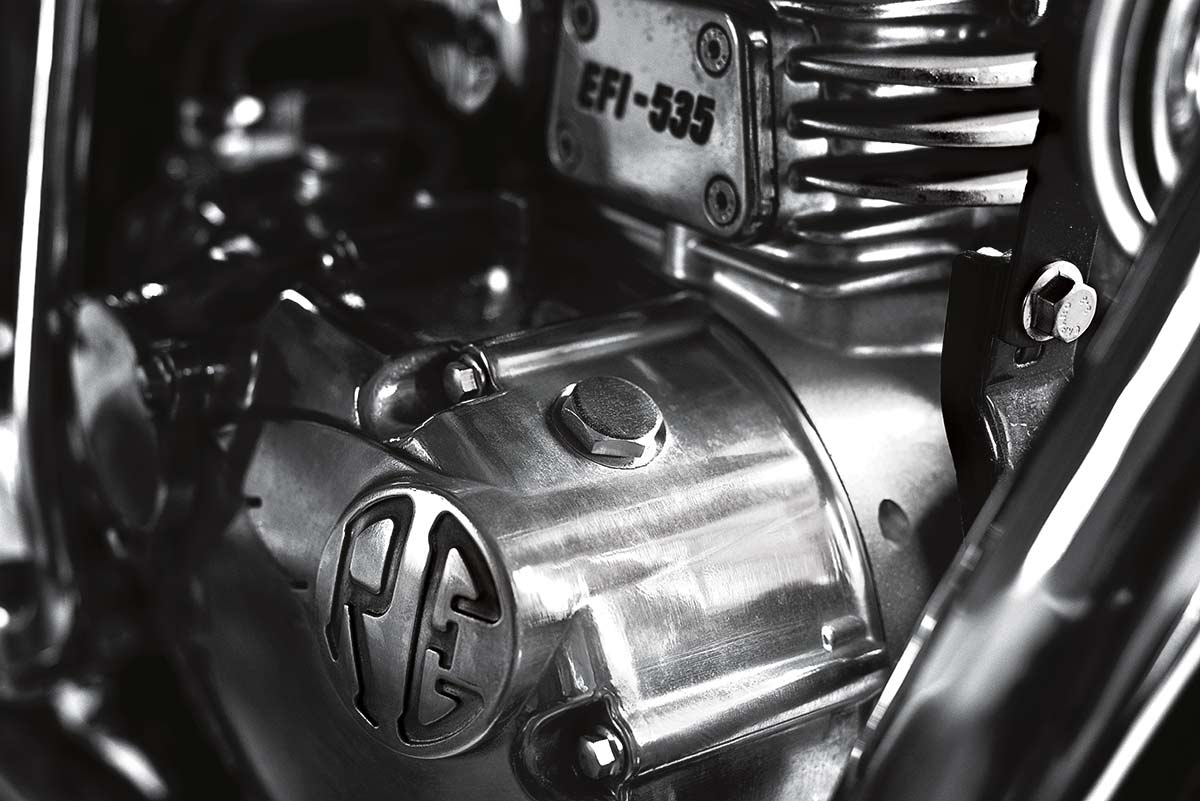 In parking lots full of heavy, overpowered bikes and smaller, pedestrian commuter bikes, there sits the Continental GT offering beauty in an accessible and maintenance-friendly package. It’s devoid of gimmicky origami-like plastic, no bike-night lighting and no tough-guy leather fringe. With this model, we wonder if Royal Enfield (and others who follow) can shift markets worldwide to a mid-sized mentality with evocative and “cool” bikes. 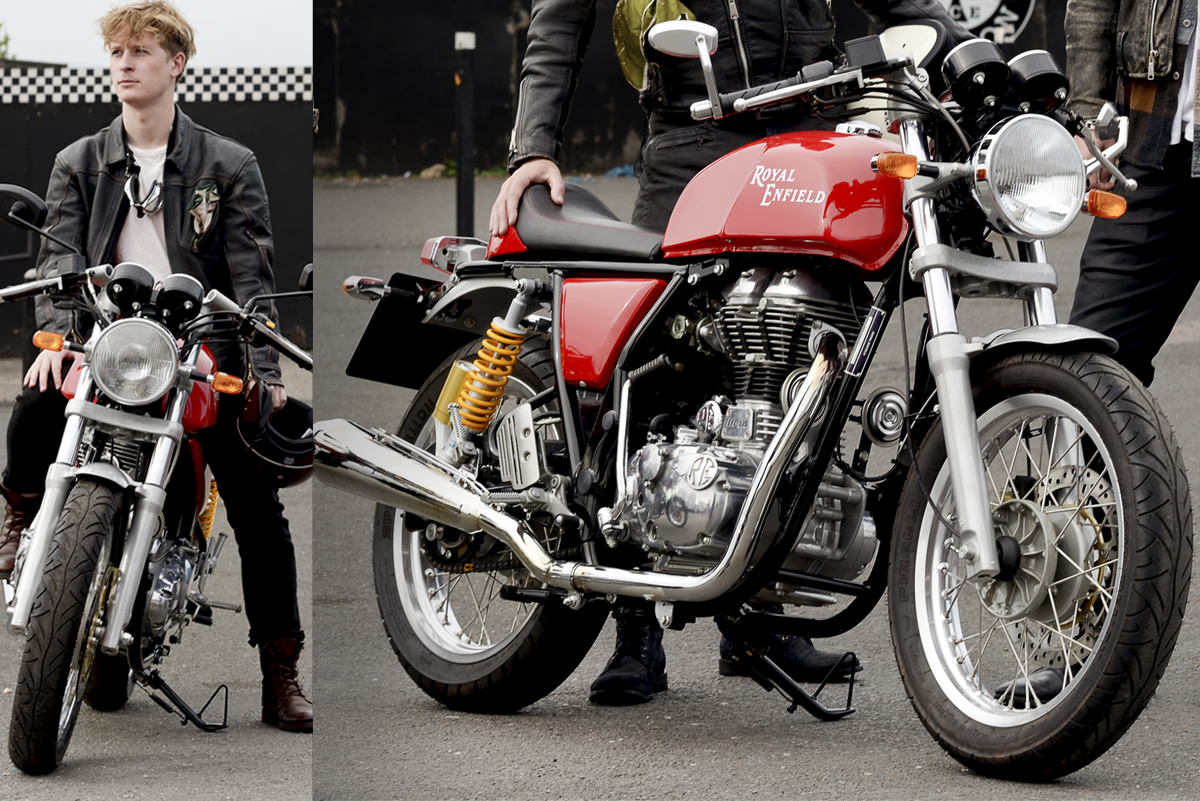 Having watched from afar and studied the history of Royal Enfield and where Sid Lal is taking the brand, we plan on staying tuned in. but as pursuers and appreciators of nostalgic storytelling and retrospective respect, we’re sold. (UPDATE: Corey test rode a GT and here is his take.) Check out Royal Enfield’s Continental GT site and see whatcha think.

Good Spark Garage is brought to you by the Wilkinson Bros, motorcyclists and designers in Indianapolis, IN. Keep it tuned in to GSG for more creative content revolving around motorcycle culture. 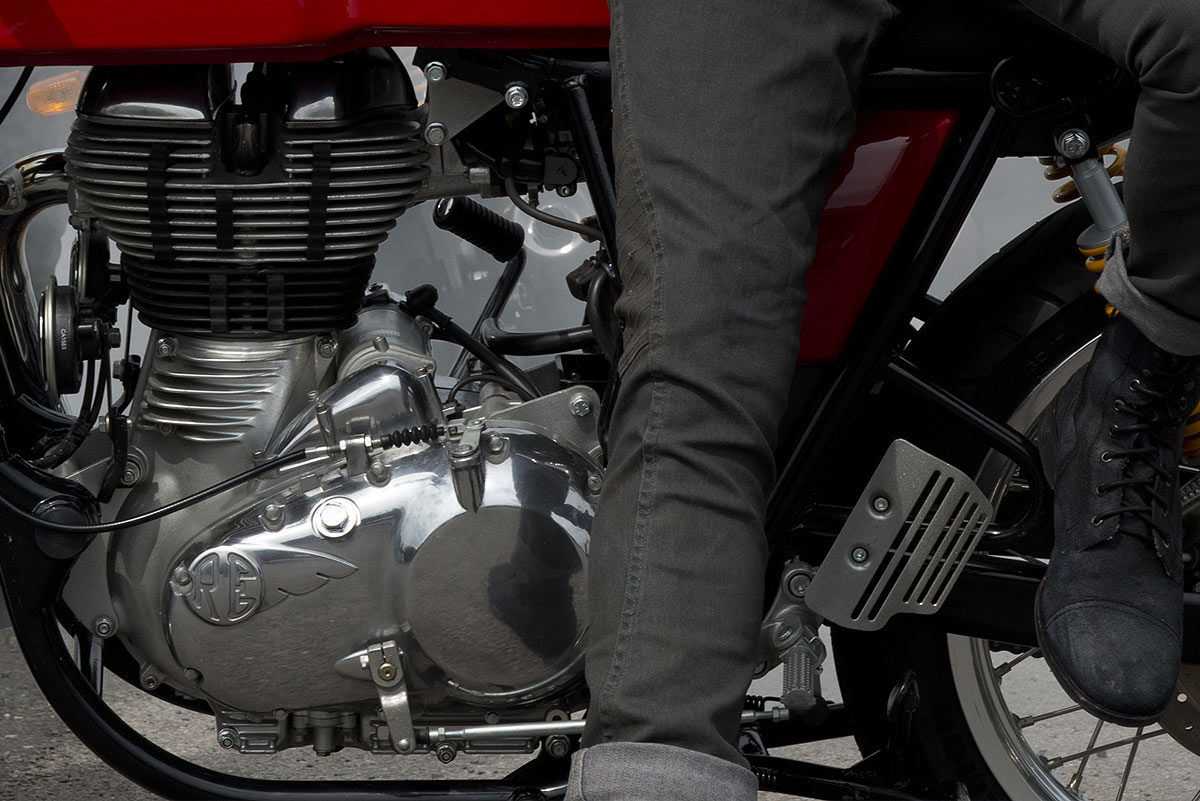 Here’s a bit of history for those interested in the company’s roots (see timeline images below): The Enfield Cycle Co. started in Redditch, England, in 1893 and dissolved as Royal Enfield in 1971. However, Enfield of India had been manufacturing Bullet motorcycles since the late 50s and bought the rights to the Royal Enfield name in 1994 when Eicher Group acquired the company. They’ve since opened a new assembly plant in Oragadam, Chennai (2013), where they’re still cranking out the various Bullet models along with the Continental GT. 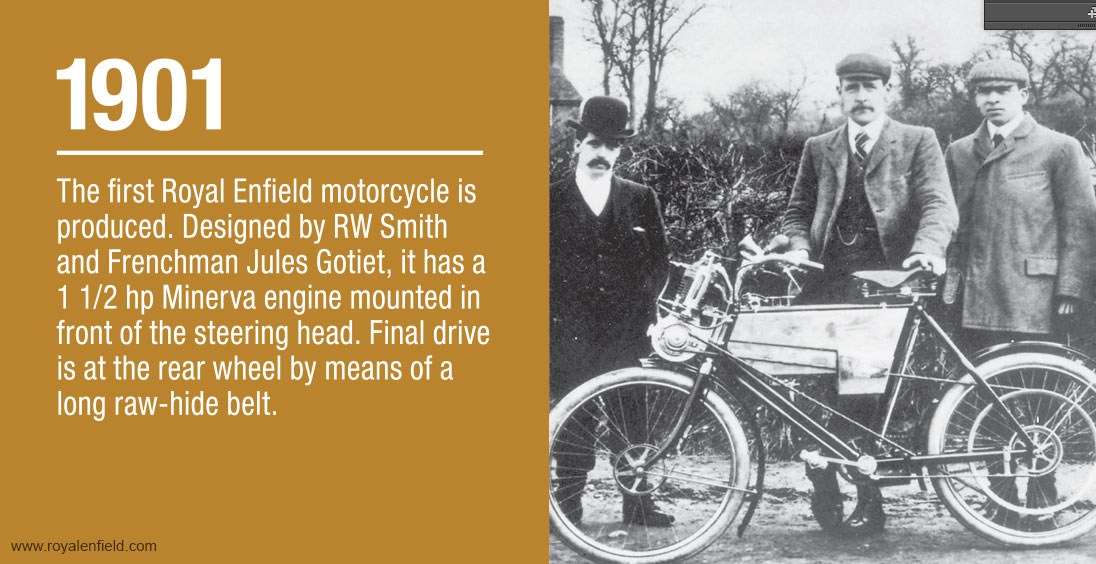 In the Spring of 2008, we attended Nicky Hayden's inaugural lap of the new MotoGP circuit…