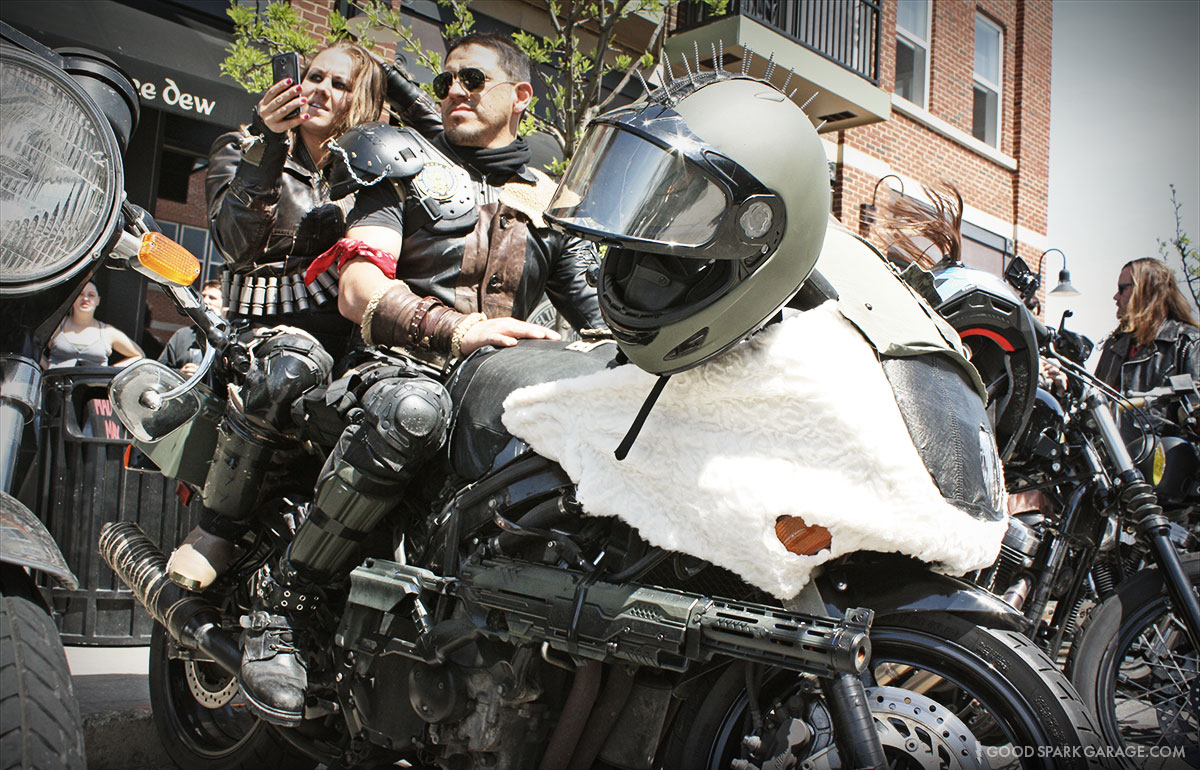 Spring weather finally arrived and the 1st Annual Indy Mad Max Run provided a lot of Indianapolis motorcyclists an excuse to get out and ride. Having a post-apocalyptic theme, some folks used it as an opportunity to affix weapons to their bike…and body. How did this homage to a dystopian film series mix with a planned ride, you wonder? Have a look… 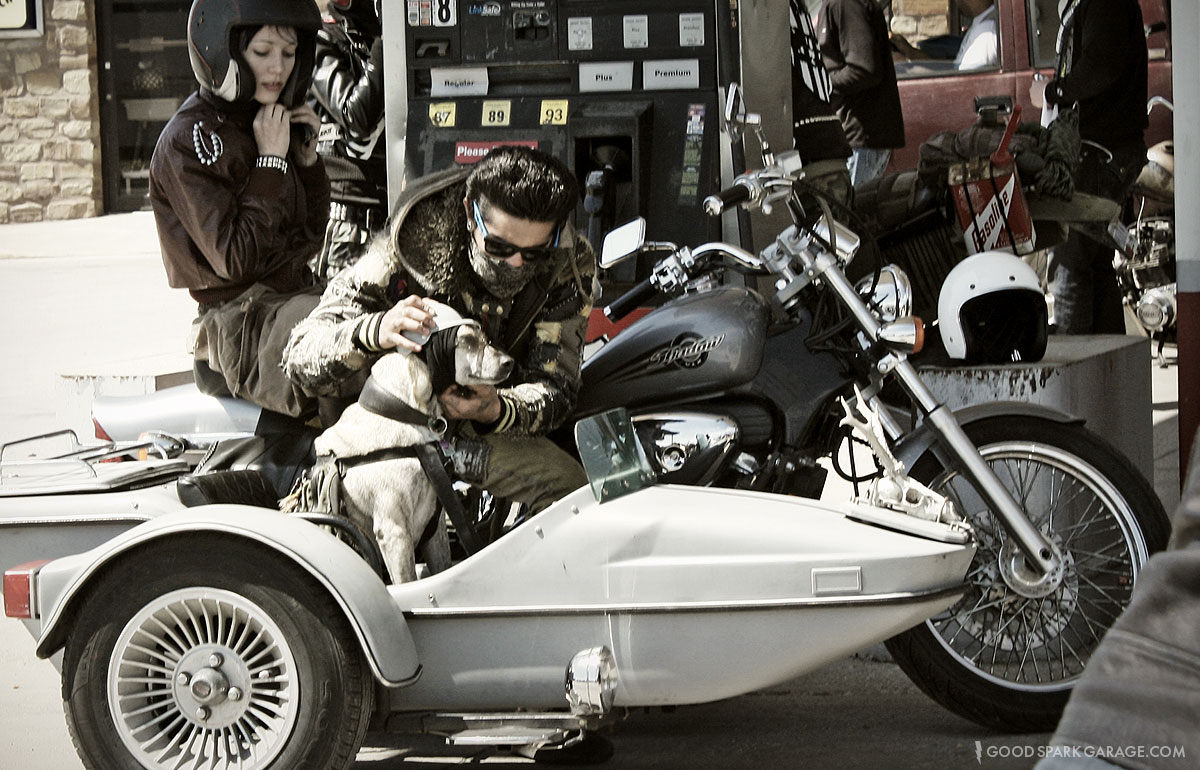 Though the theme was dark and doomsday-ish, it was all in good fun…and many put in a lot of miles wearing their Mad Max garb. The ride led motorcyclists all over the city, from Broad Ripple to downtown, west side to the north burbs and back downtown to Fountain Square. 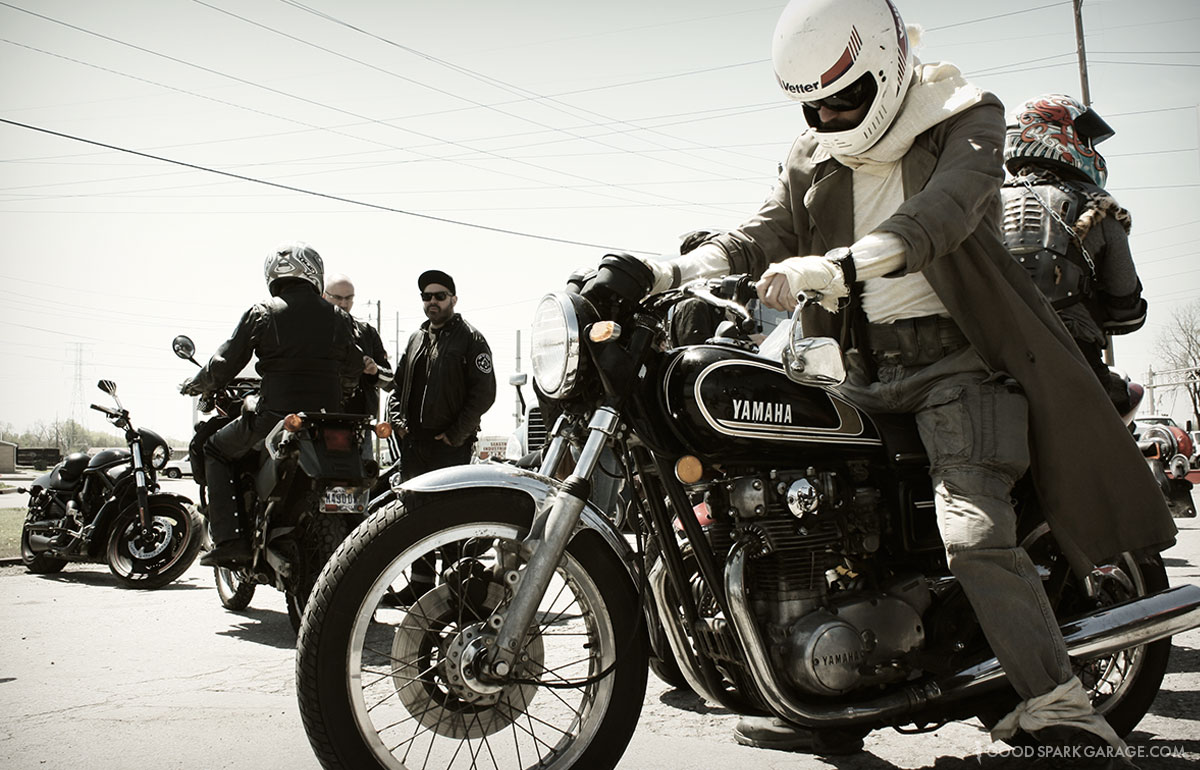 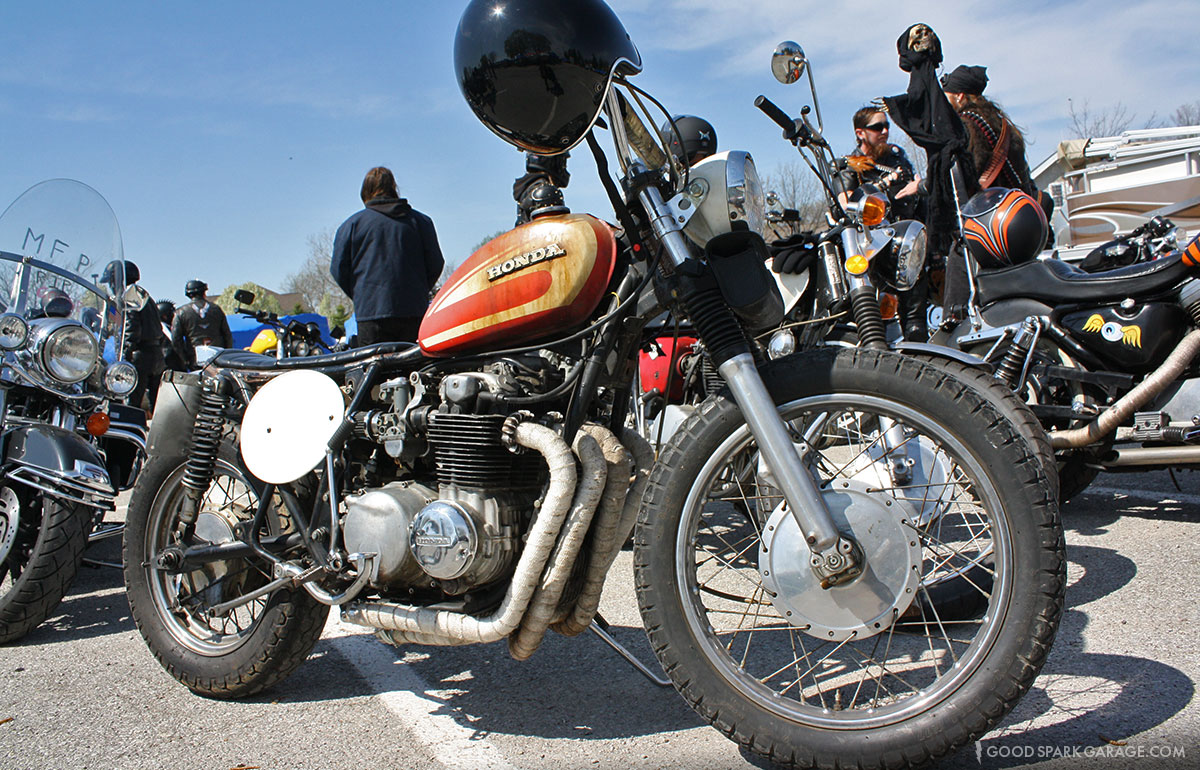 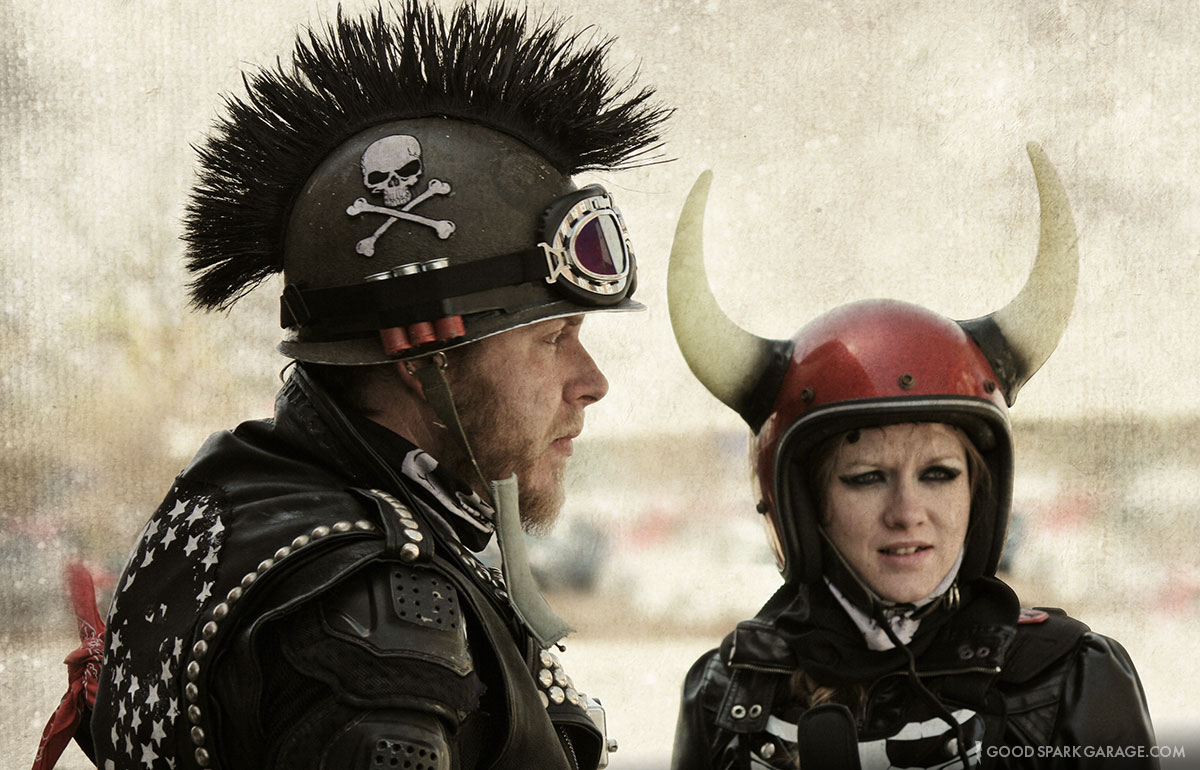 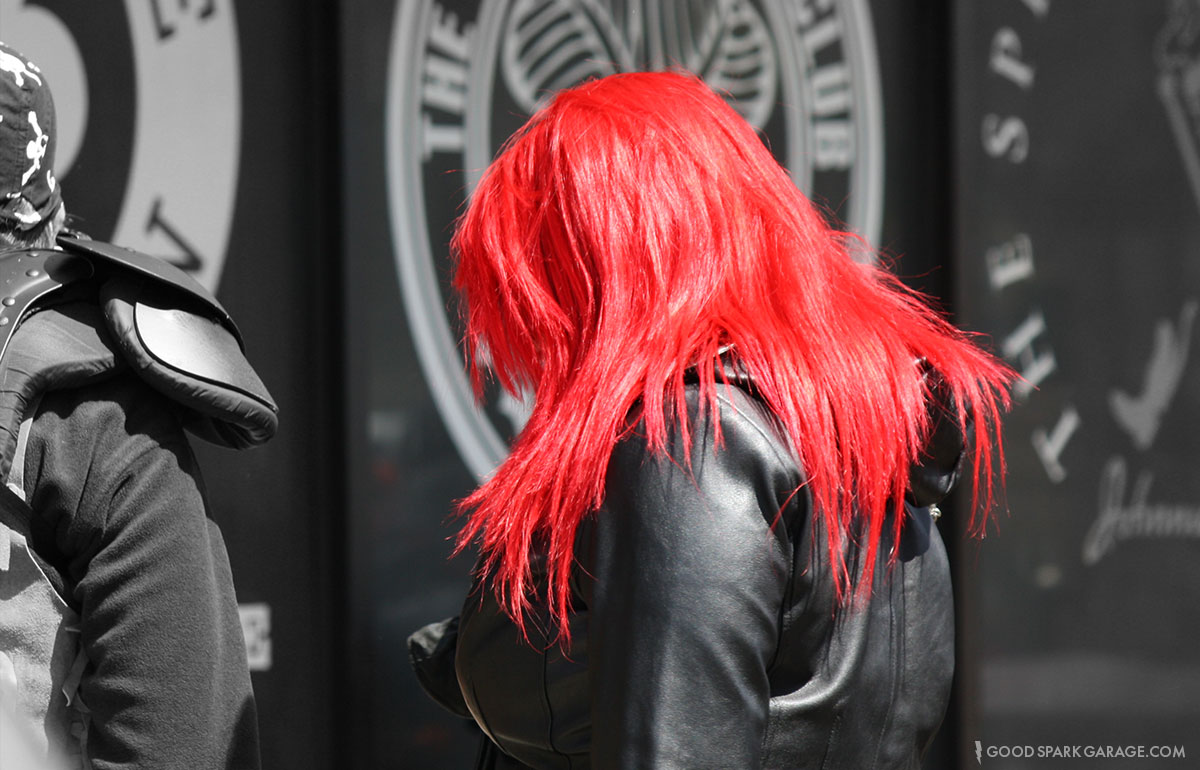 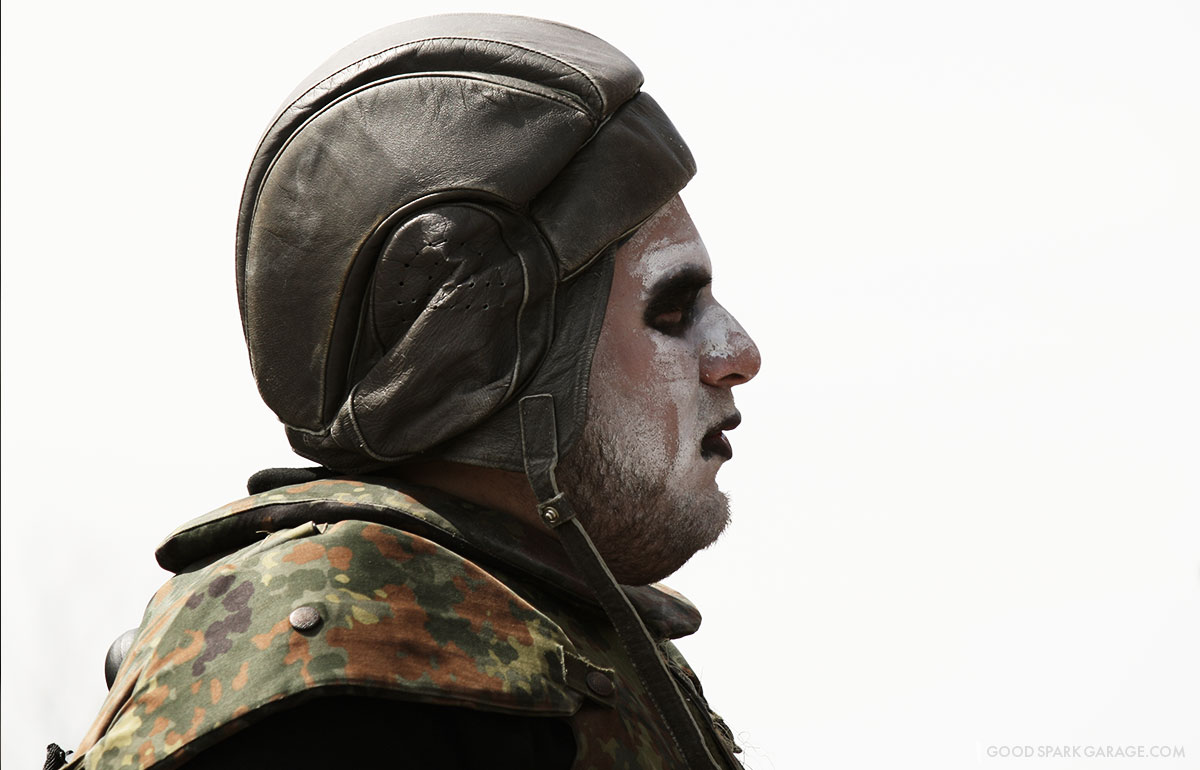 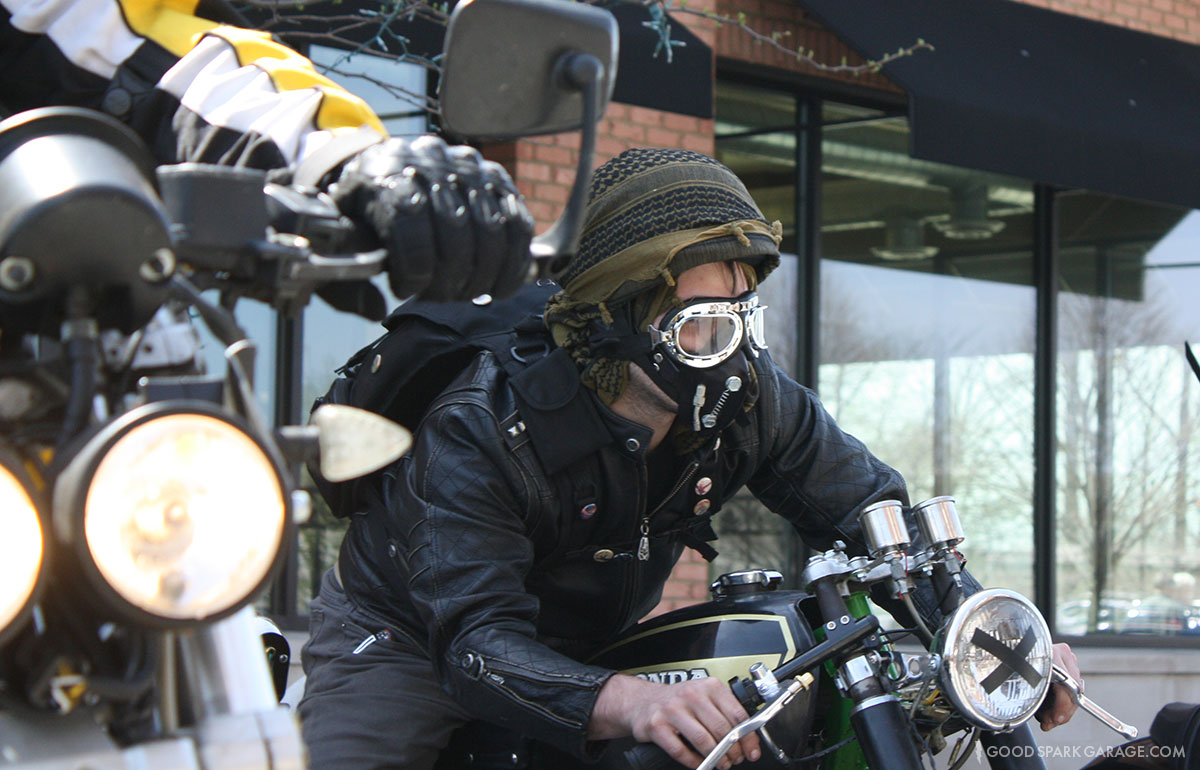 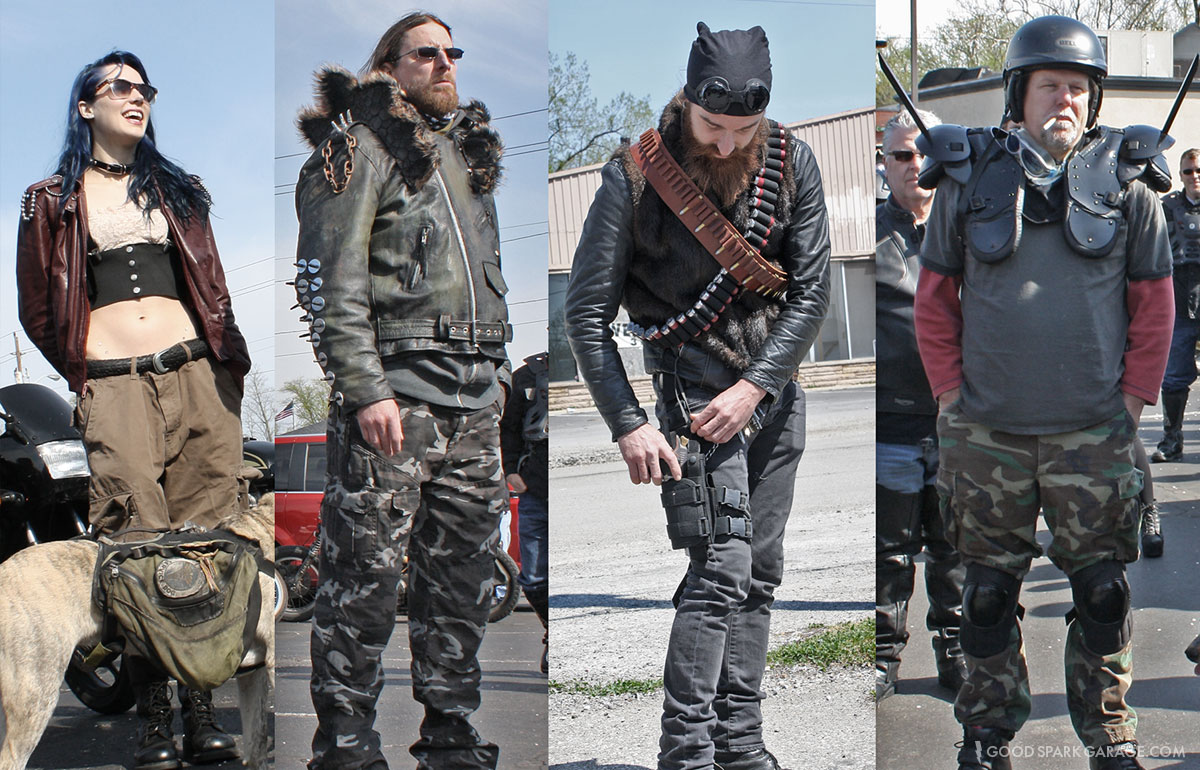 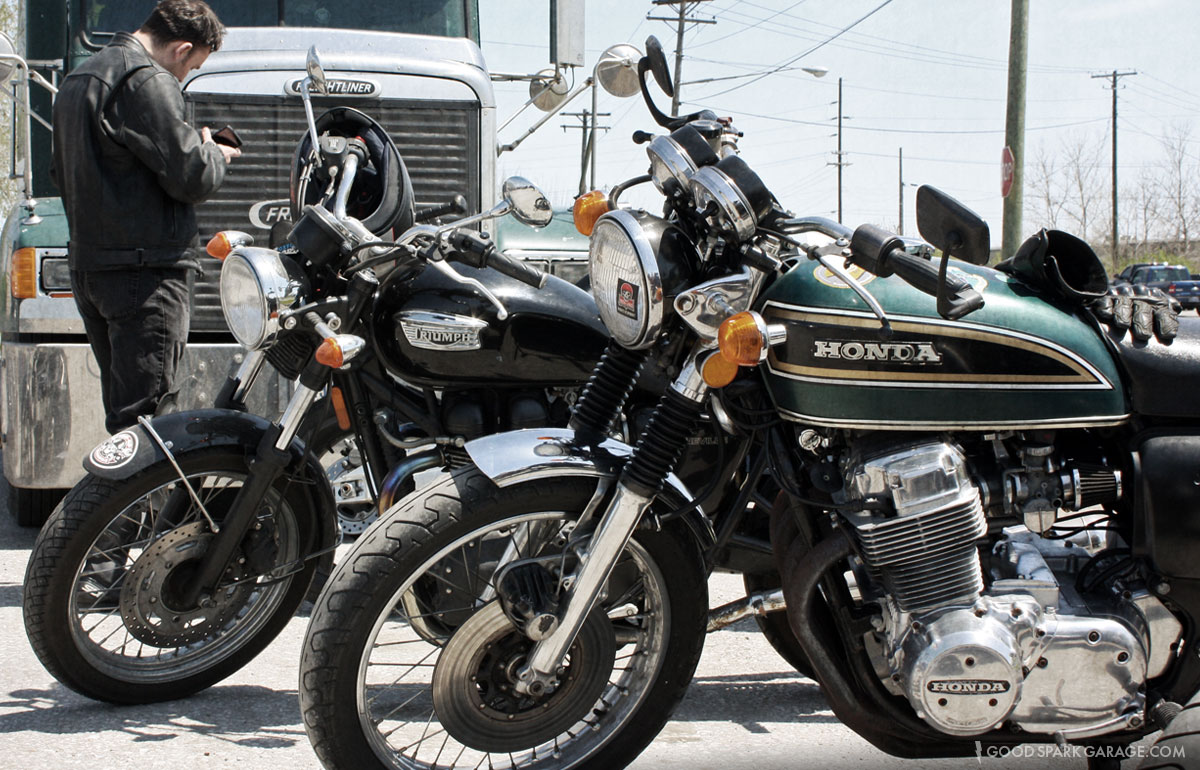 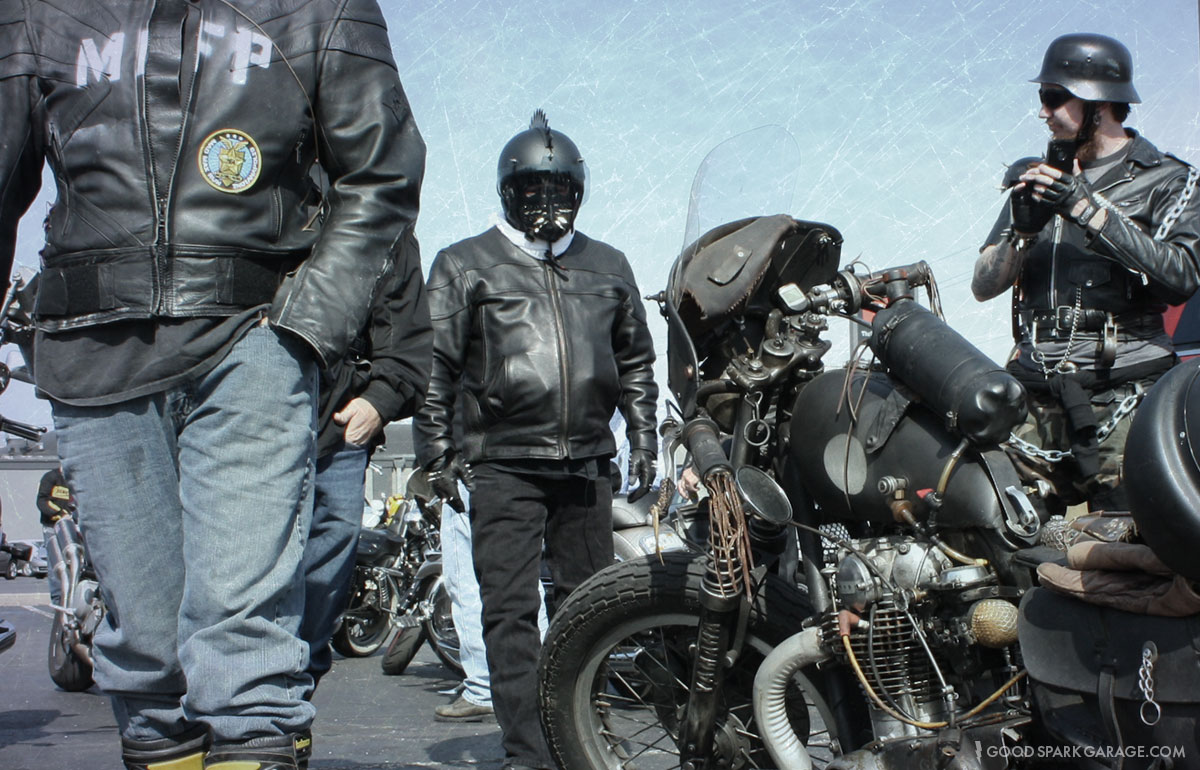 We think it’s worth noting that there was a conscientious effort by Seth Mansue, the main man behind Indy’s Mad Max Run, to encourage a safe ride and to respect other motorists. Despite the sinister-looking motorcyclists, there were lotsa smiles and people having a good time.

For those who didn’t attend, it was a pretty lengthy ride as opposed to only a static street party or bike show, but the route was well-planned with killer maps designed by Adam Ratcliff. Before the ride, during rest stops and after the ride allowed time for some curbside camaraderie. If you’re curious about the event or want to see what they’re up to for next year, monitor their goings-on via their Facebook page.