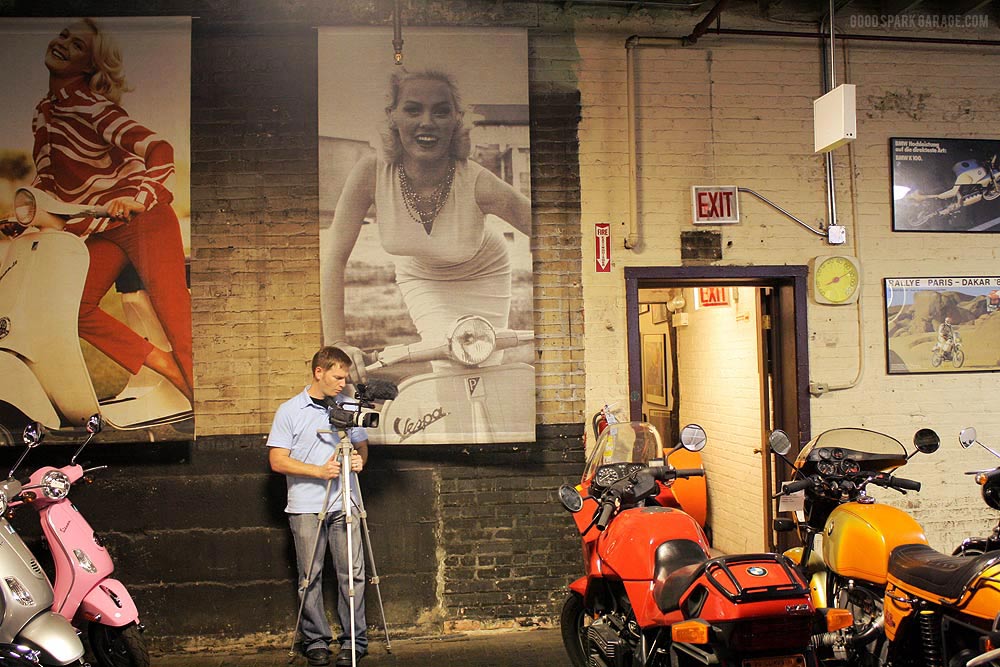 When Johnny Scheff walks into a room, it’s not uncommon to hear someone say, “John-naay!!” As owner of Motoworks Chicago, he’s a quick-moving busy fella, but always deliberate with his handshake and hello. Though Motoworks is a motorcycle and scooter dealer, it doesn’t feel dealership-y. Read on to meet Johnny and peek inside the old brick walls of his S. Western Ave location… 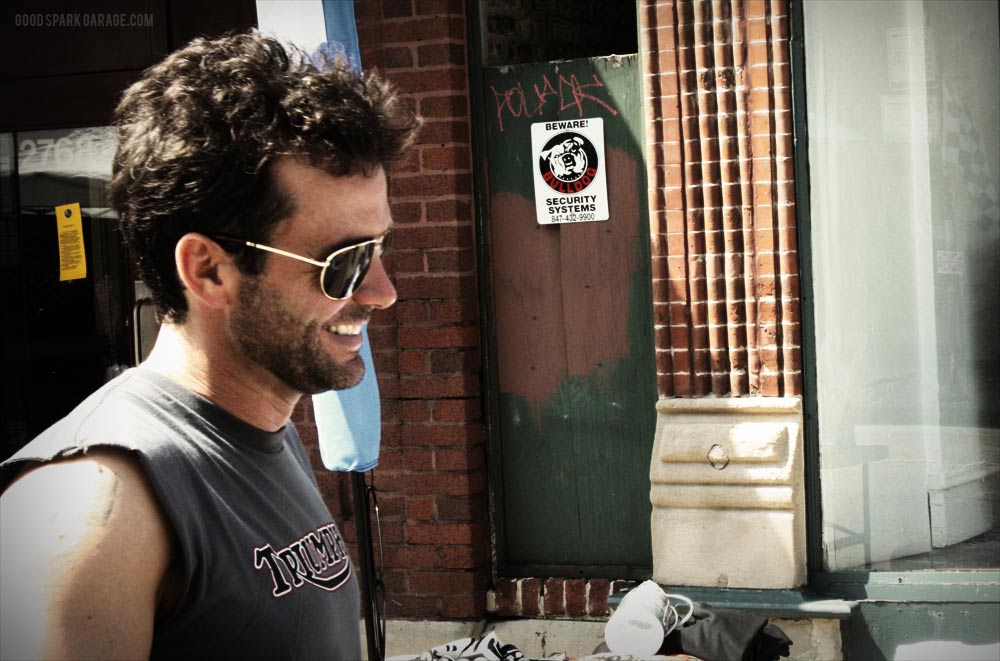 Some folks call him “Johnny Moto.” And, if he’s around motorcycles, he’s usually smiling.

We heard about Motoworks several years ago while blasting the streets of Chicago with the Ton-Up Club. They’re an involved sponsor of Mods vs Rockers Chicago, which is a good fit for Johnny, a vintage enthusiast and reseller of Triumph motorcycles and Vespa scooters. Rows and rows of bikes fill the back warehouse; some are his, some are customers’. 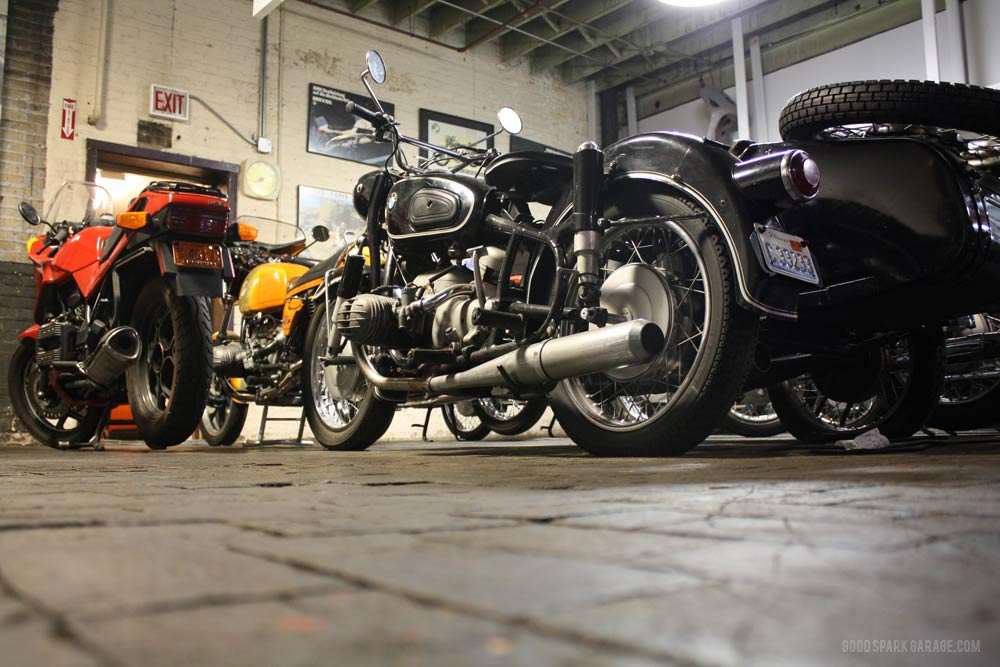 The back room is giant. Its tall ceilings and dusty windows create a nice motorcycle ambiance. Even its floor has character, made from end-grain wood bricks. Motoworks will store your bike for the winter while tending to the battery, treating the fuel, and checking tire pressure. Give ’em 48 hours notice when Spring comes and it’ll be washed and ready to ride. 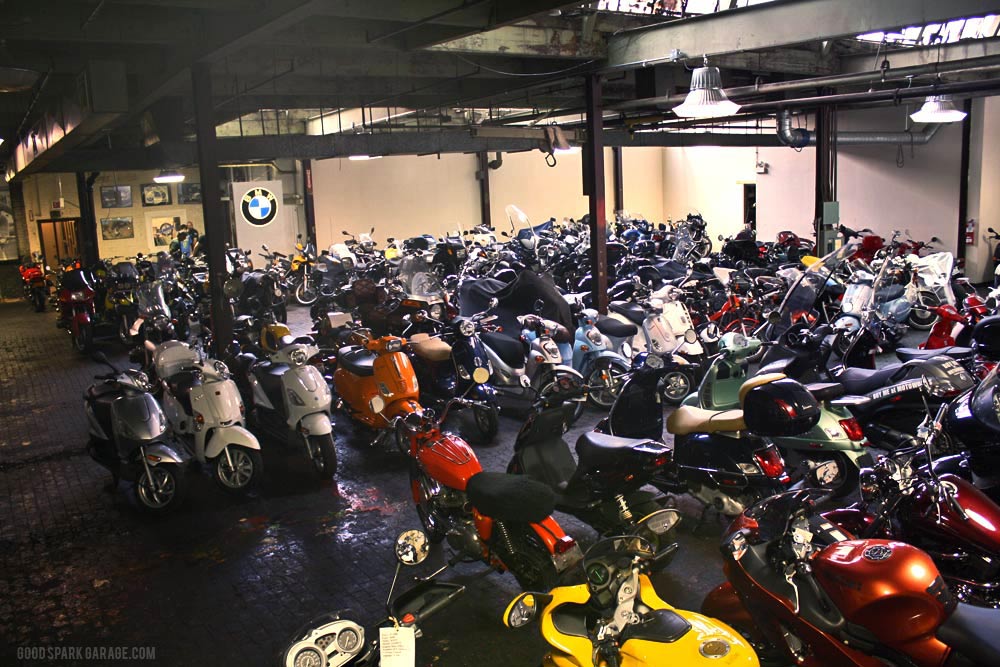 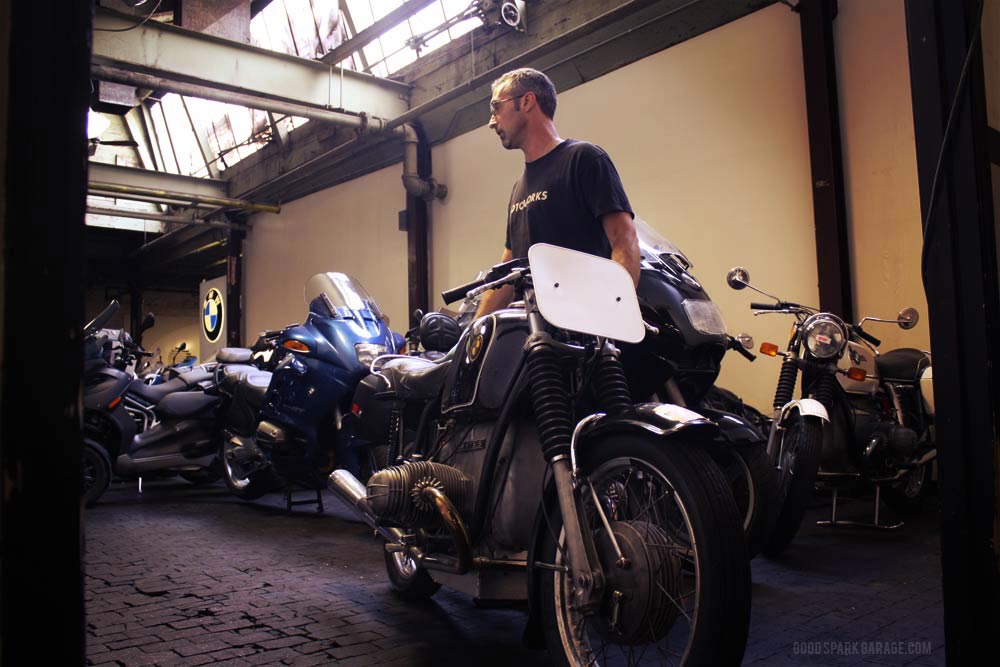 Motoworks’ shop foreman, Steve Strickland (above), shows us a race-prepped airhead. From simple maintenance to full-on mechanical and cosmetic restoration, Steve is a BMW shaman. Ask him how many Slash 2 Beemers and other airheads he’s restored in his tenure. 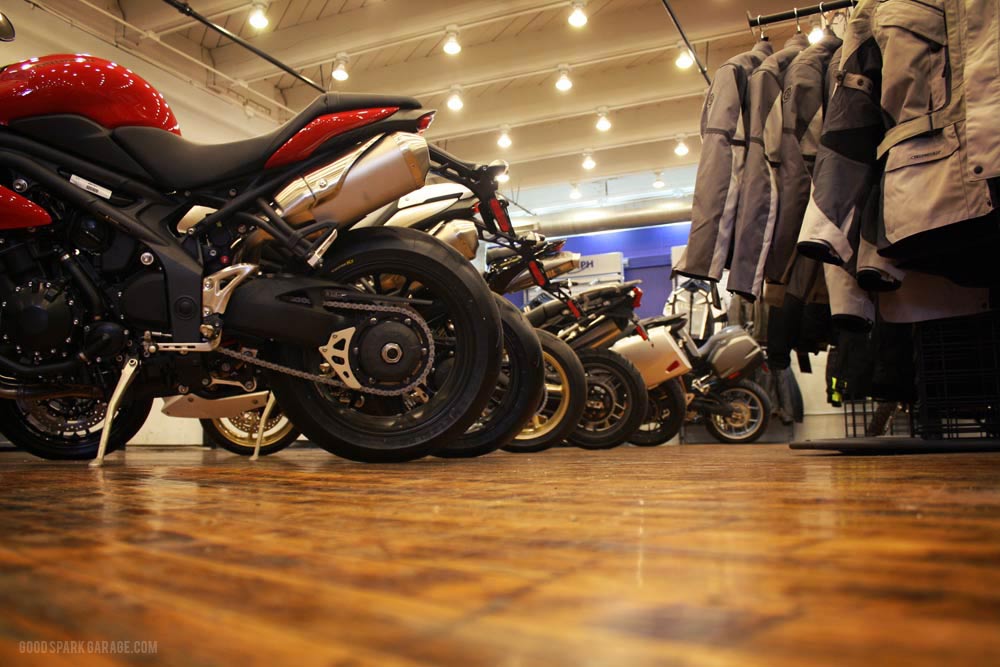 Motoworks sells new Triumph, Ducati, Piaggio, Vespa, and Kymco models as well as various used bikes. There’s moto garb and access to in-stock parts and catalog accessories. Just have a seat on one of their custom stools at the parts counter (below). You can even sit 2-up, though it may invite stares. 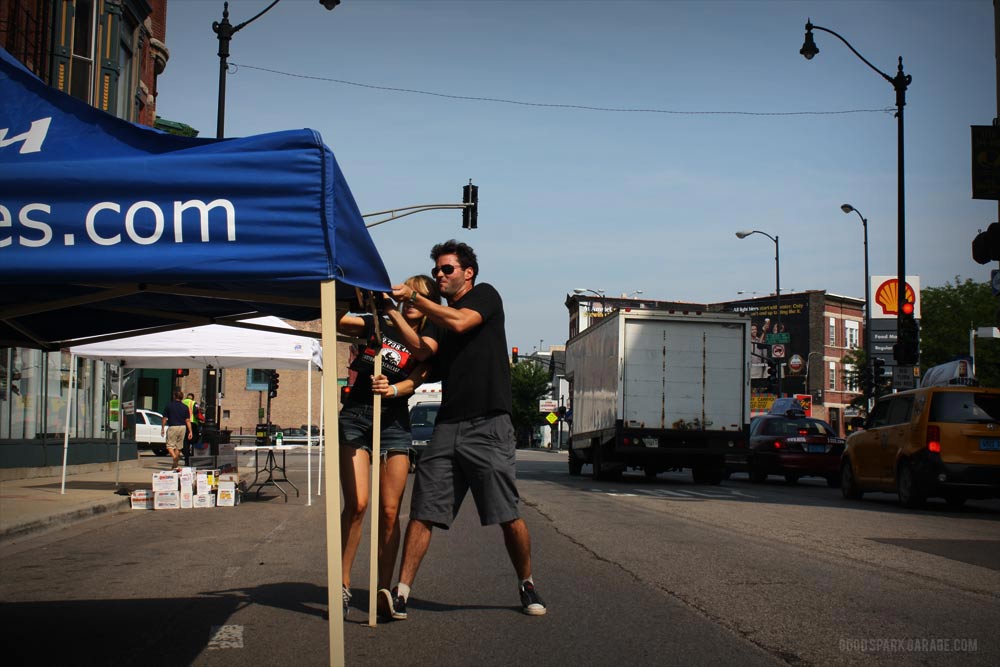 Here’s Johnny setting up the Triumph booth for Mods vs Rockers Chicago. The contingent of Triumph motorcycles that show up for MvR spans generations, from very old to brand new. It’s an all-day event and great opportunity for him to talk with customers and colleagues on the street. 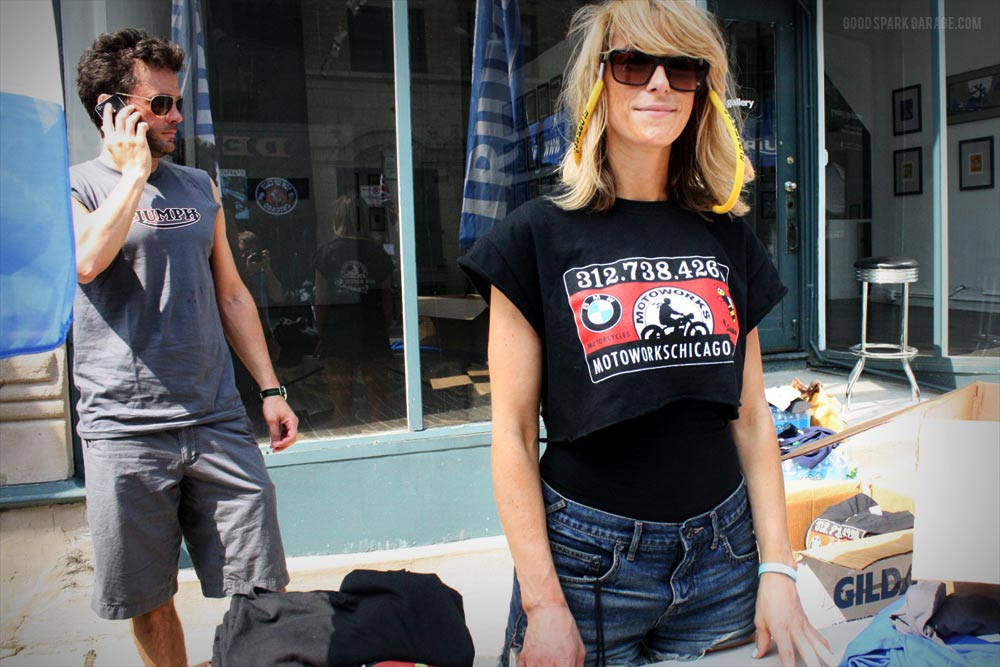 During the 2011 MvR, Johnny let us pilot a new Tiger 800XC; it was our camera-bike for the day. The torquey Tiger handled the unpredictable Windy City streets with ease. Point A to Point B was fun, thanks to the adventure-bike ergos and ready-to-pounce performance.

We filmed the ride from Delilah’s (where the Mods vs Rockers Bike Show takes place) to the Bottom Lounge (for evening festivities), which would’ve been difficult on our single-seat café racers. Riding two-up on the Tiger, darting around traffic and leapfrogging the motorcycles was a cinch…and a blast.

If you’re in the Windy City, or in town for Mods vs Rockers in June, say hello to Johnny Scheff and his team at Motoworks. Click on over to their site to learn more about ’em: www.motoworkschicago.com

Well, we finally did it. We got ourselves a sidecar motorycle. Not long after the purchase,…