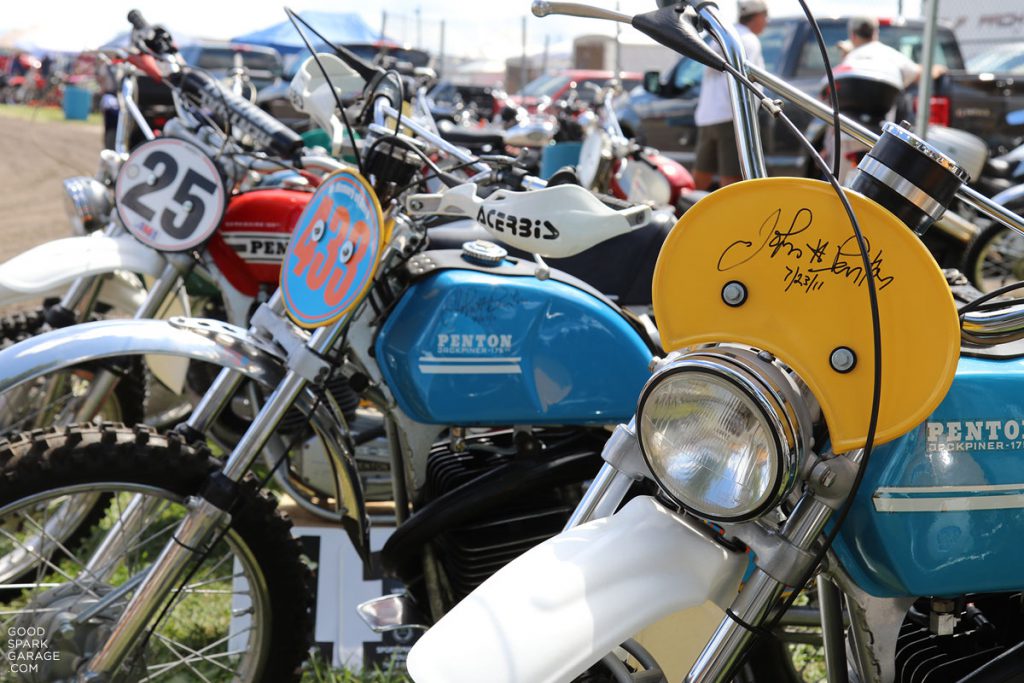 If you’ve got kids that are into motorcycles, take a moment and introduce them to the story of John Penton. They’ll hear how a kid from a Midwestern farm grew up pursuing his passion with hard work, joy, pain and a ton of determination.

John Penton, born in 1925, got the motorcycle bug after learning how to ride his Dad’s 1914 Harley-Davidson in Amherst, Ohio. After serving his country during WWII, he picked up an H-D knucklehead and raced in a Jack Pine 500 in 1948. It didn’t take long for him to learn that lighter-weight motorcycles were the way to go in the demanding off-road races.

Penton and his brothers opened up a bike shop in 1950, selling BMWs, BSAs, NSUs, Husqvarnas, and Japanese models. John would secure his legendary status through success in enduro racing and what would be come a trend-setting, life-changing partnership with KTM Motorcycles. (Read his full bio at the AMA Motorcycle Hall of Fame website.)

Always thinking of ways to improve the sport, Penton coordinated the production of a motocross boot that would mimic the safety and construction of a ski boot. He called upon Alpinestars to manufacture the explosively popular Hi-Point boots as alternative to the common work boots guys were wearing at the time. 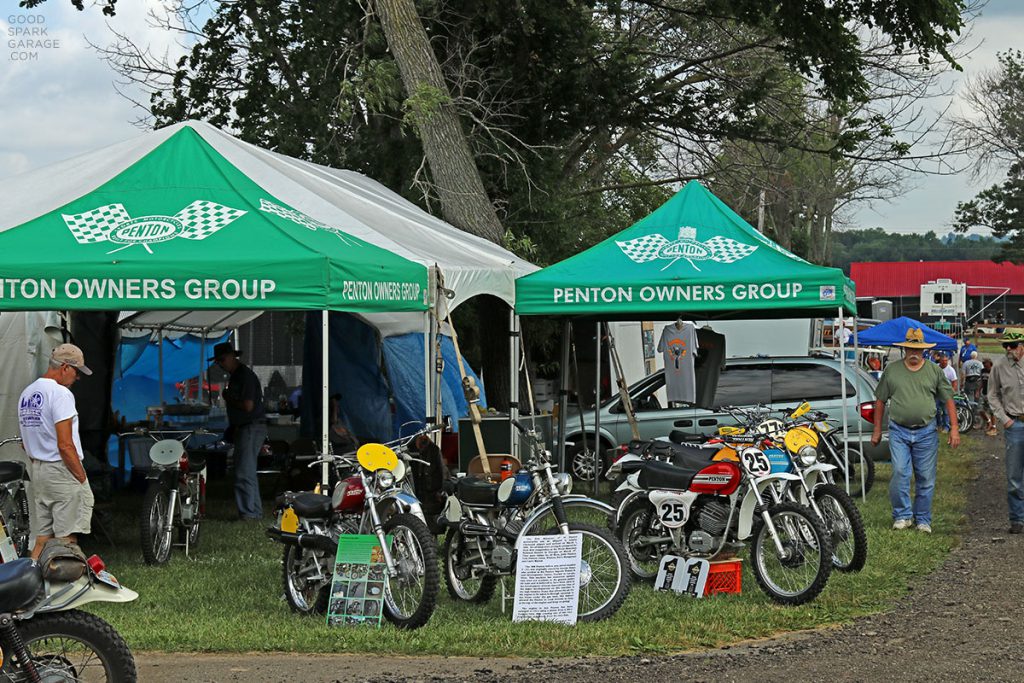 There’s always a strong presence of Penton bikes in the Swap Meet area at the Penton Owners Group tents. Many attendees have a lotta respect for this chapter in American motorcycle history.

This guy had a major impact on off-road motorcycle racing as described in the documentary, “PENTON: The John Penton Story.” In the trailer above, you’ll see big names and well-respected people weigh in on how Penton made a positive change in motorcycle culture. 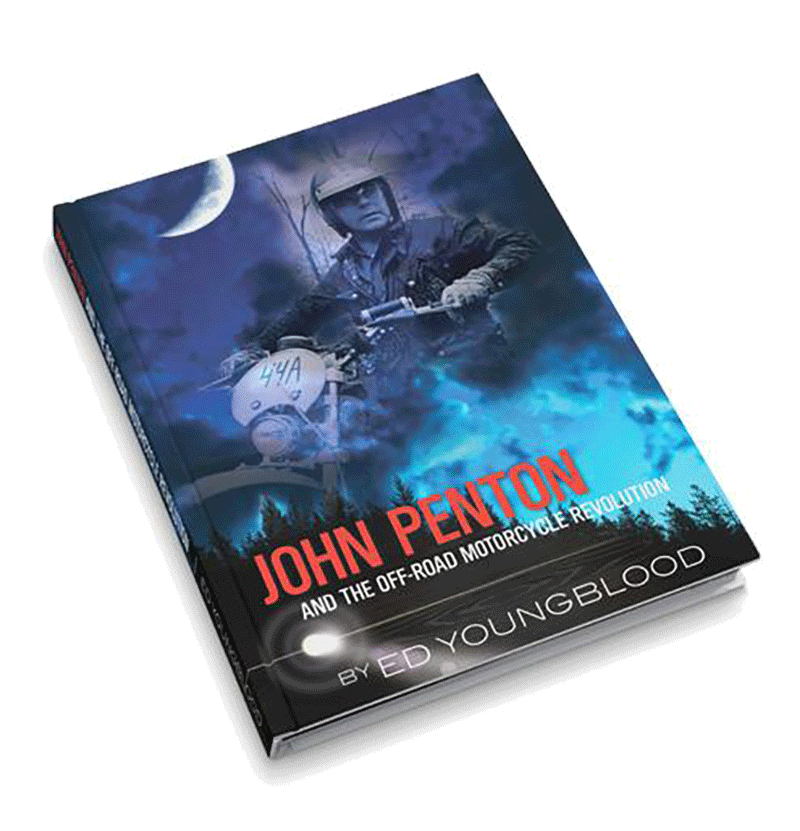 If you want to sit down with a good book that digs deep beyond the man and machine, check out Ed Youngblood’s, “John Penton and the Off-Road Motorcycle Revolution.”

Today, the Penton family continues to pursue their passion and we’re certain their contribution to the sport will always be held in high regard.

If you want to lean more or meet folks in the Penton Owners Group, stop by their tent during AMA Vintage Motorcycle Days at Mid-Ohio Sports Car Course.

Every year, motorcyclists from all over the USA and beyond make the pilgrimage to AMA Vintage…