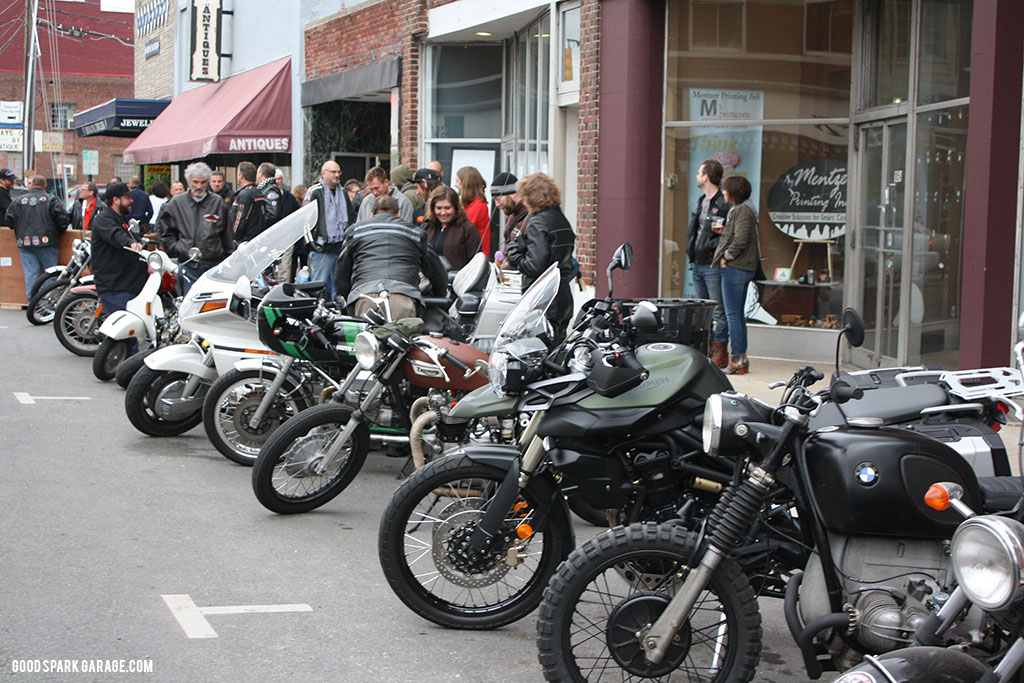 May 2, 2014: This year’s trophy unveiling downtown in Fountain Square was a great opportunity to get the bikes out of the garage and meet up with local vintage-minded motorcycle folks. It also served as a preview for the big Rockers Reunion in Indianapolis coming up on May 31st as well as an unveiling of the Royal Enfield Continental GT. Here’s a handful o’ pics we took during the evening…

Here’s how the guys at Ton-Up Indy summed up the evening: “Once again we’re celebrating the amazing trophies that Ton-Up Indy’s Sean Neal has created for the show in a First Friday gallery event. Come on out and have a look at what you could win at this year’s Rockers Reunion, have a few beers (provided by Flat12 Bierwerks) and help us take over the curbside parking with bikes on Virgina Ave. in Fountain Square!”

Introduced to Indy at the event was the highly anticipated Royal Enfield Continental GT, brought and customized by Speed City Cycles. This model was especially cool with several mods made by Speed City including a custom 2-up seat, upswept exhaust, bar-end mirrors, turn signals and various trims and tucks here ‘n there.

A sampling of Euro and Japanese bikes made an appearance, lining the curb outside Pivot Marketing in the old Fountain Square district, whetting our appetite for another great year at Rockers Reunion. It’s Indy’s best and biggest vintage bike gathering of the year. 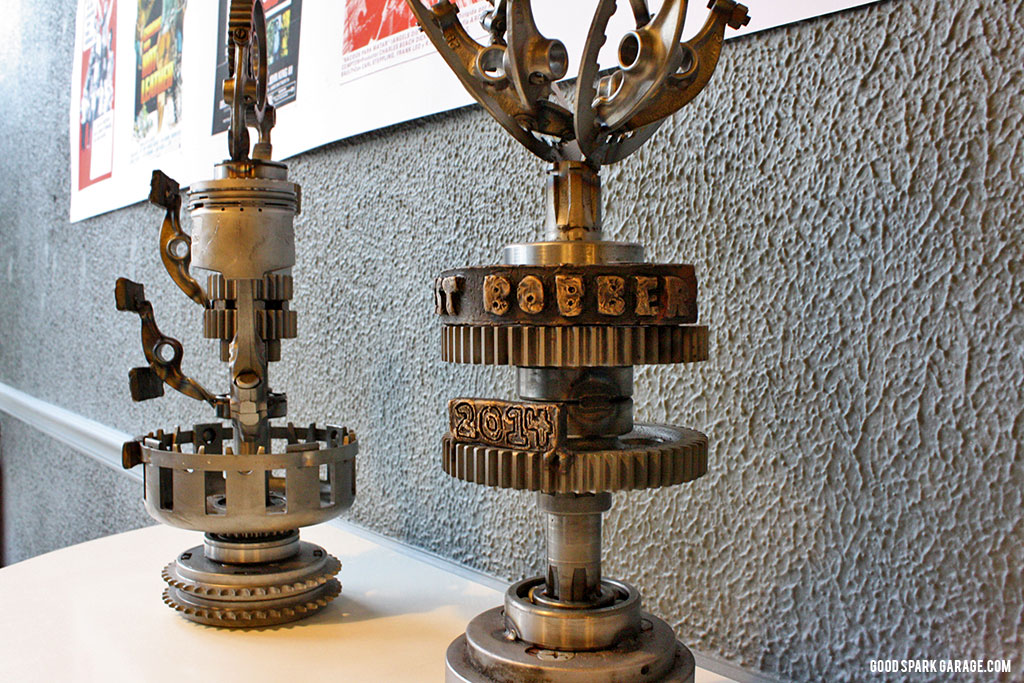 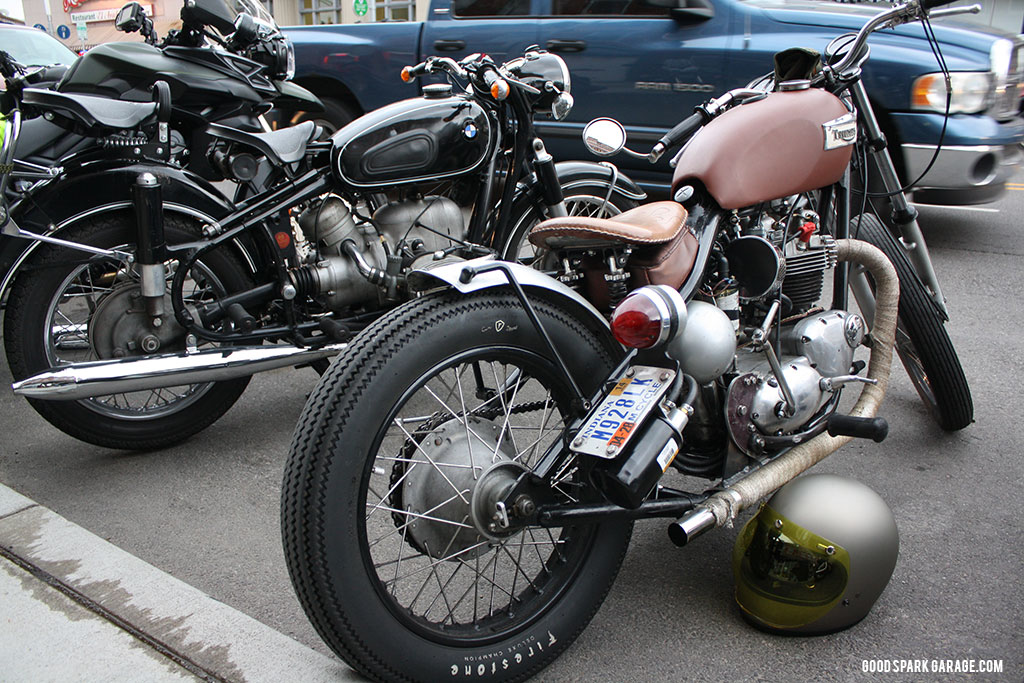 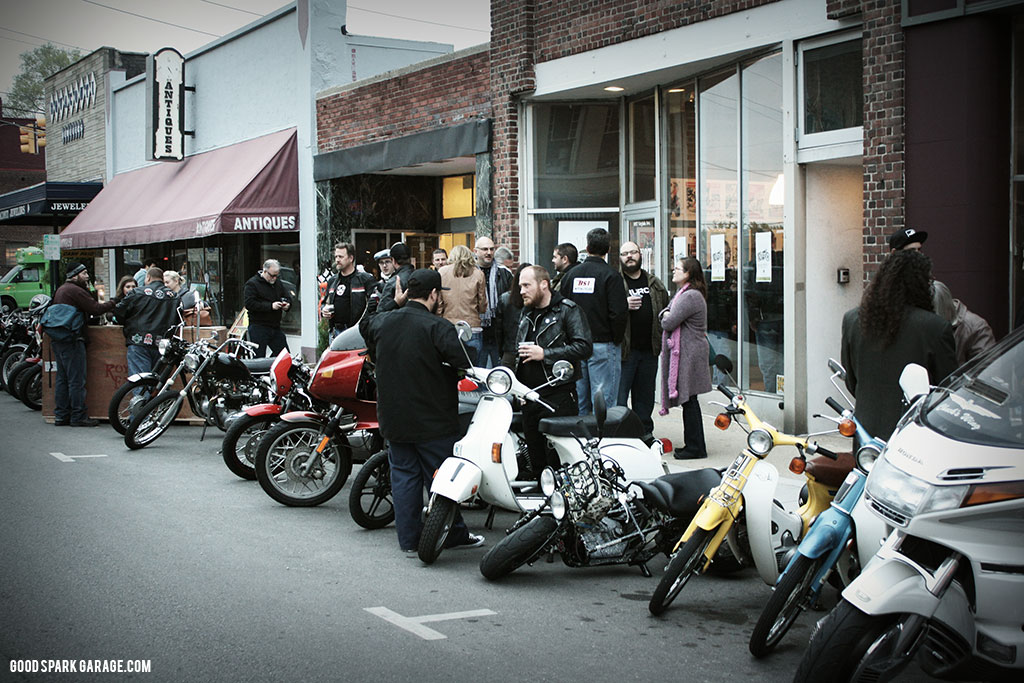 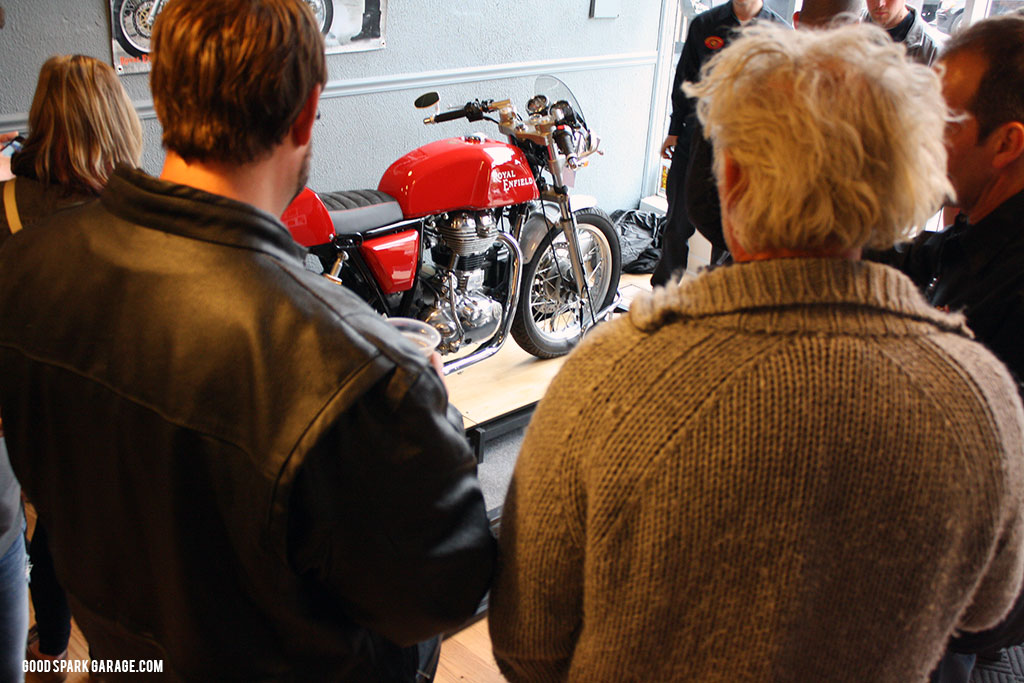 Click here for a look back at the Trophy Unveiling show in 2013.

Not long ago, we shared our impression of the Royal Enfield Continental GT. We complimented the…