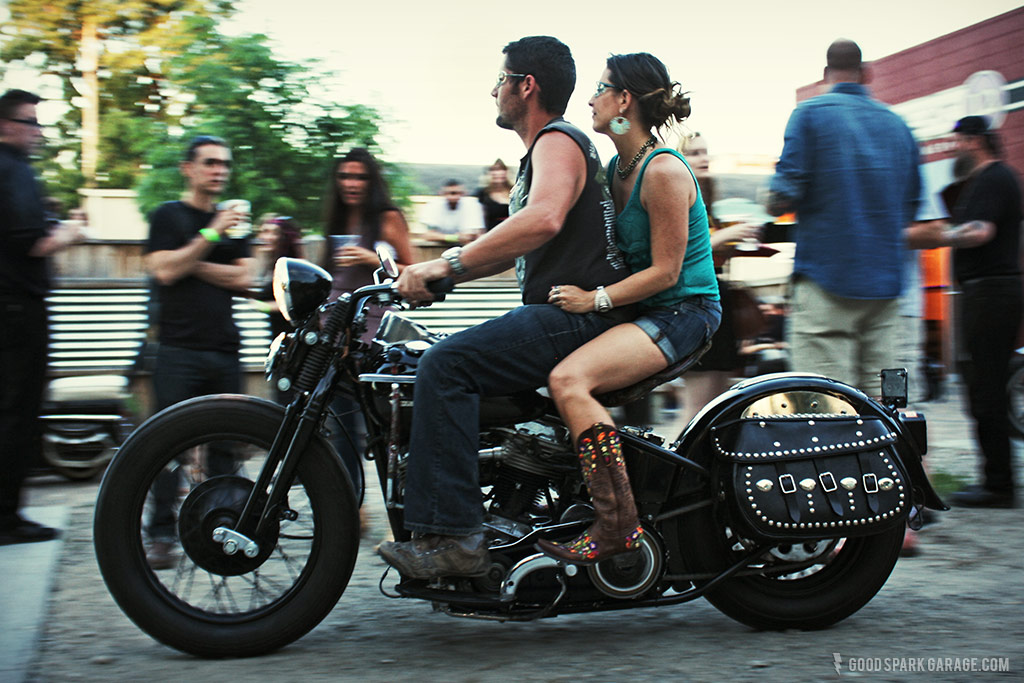 May 31, 2014: The Ton-Up Indy guys have wrapped up another great Rockers Reunion. This was the show’s 8th year, bringing in over 500 motorcycles – mostly vintage and custom bikes of many different origins. Check out our photo album for a recap and put Indianapolis on your calendar in 2015, May 30th! 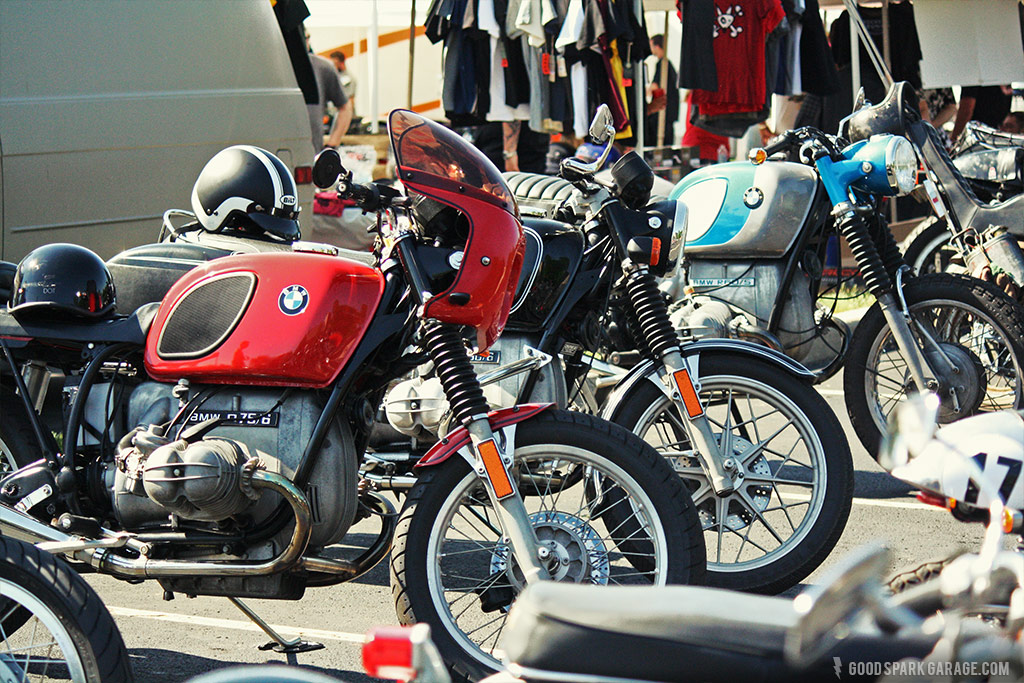 The pre-event ride, Rolling Bones, had over 100 bikes snaking through Central Indiana in perfect summer weather. It’s nice to wake up and see “0%” chance of rain slated for the day, which prompted more than a thousand motorcyclists and passersby to drop in on the bike show near 39th and Illinois Street.

The exponential growth of the event forced organizers to seek larger, more open space not far from the original location outside the Melody Inn. Bikes lined the curbs of 39th Street, which was closed to public traffic. Vendors and bike-show participants set up in the parking lot of North United Methodist Church (very nice of them to allow for the show’s expansion!). 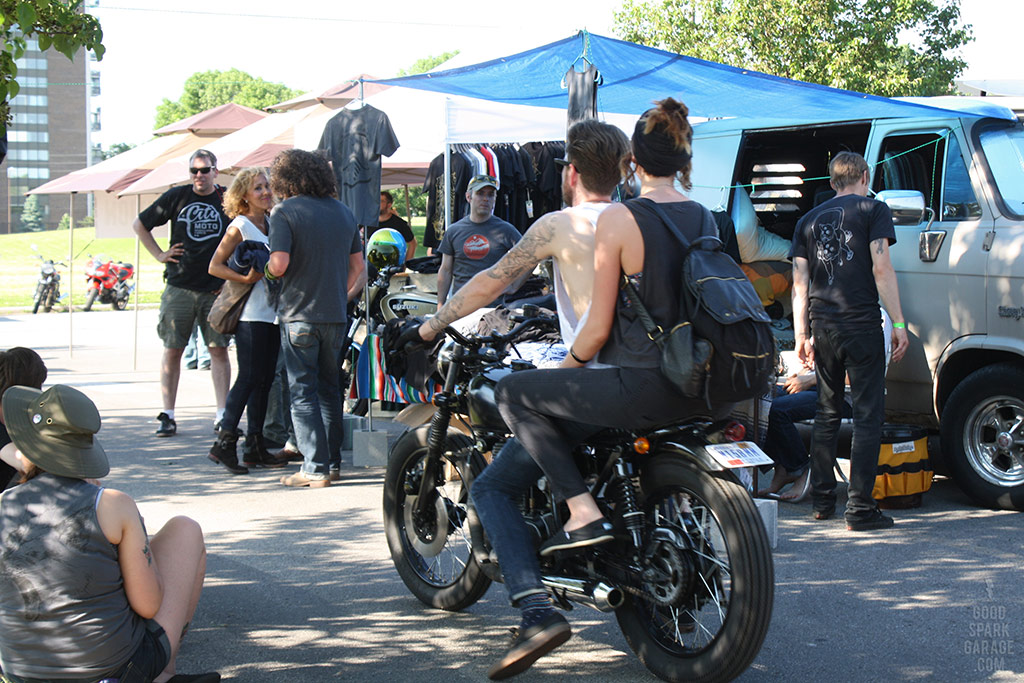 There were more vendors at Rockers Reunion this year along with a couple food trucks and some shaded curbside seating. A lotta folks joined in on the raffle, featuring some quality apparel and cool moto stuff. 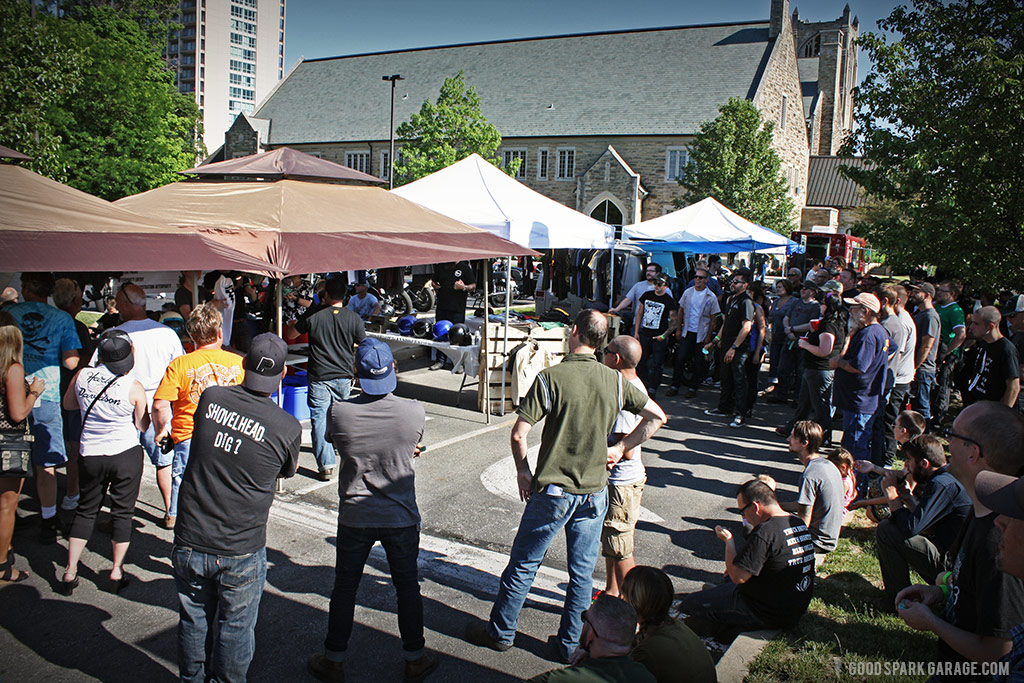 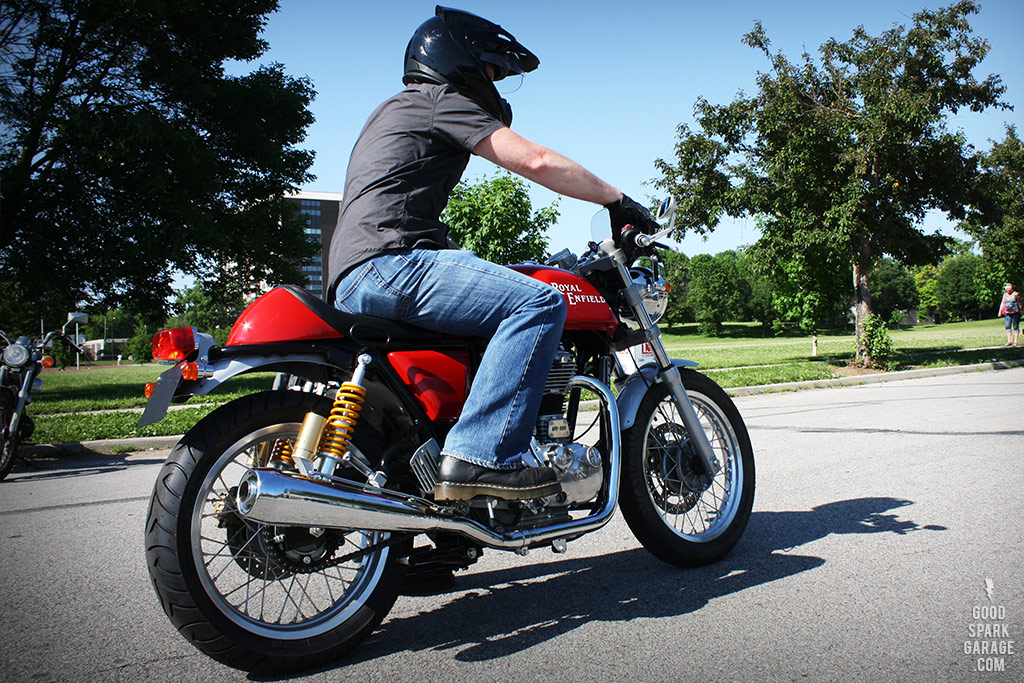 Speed City Cycle set up shop and brought out their Royal Enfield models, including two of the new Continental GTs. We were able to test ride one of the modern cafe racers (that’s Corey riding the GT in the pic above); click here for a quick ride-review. 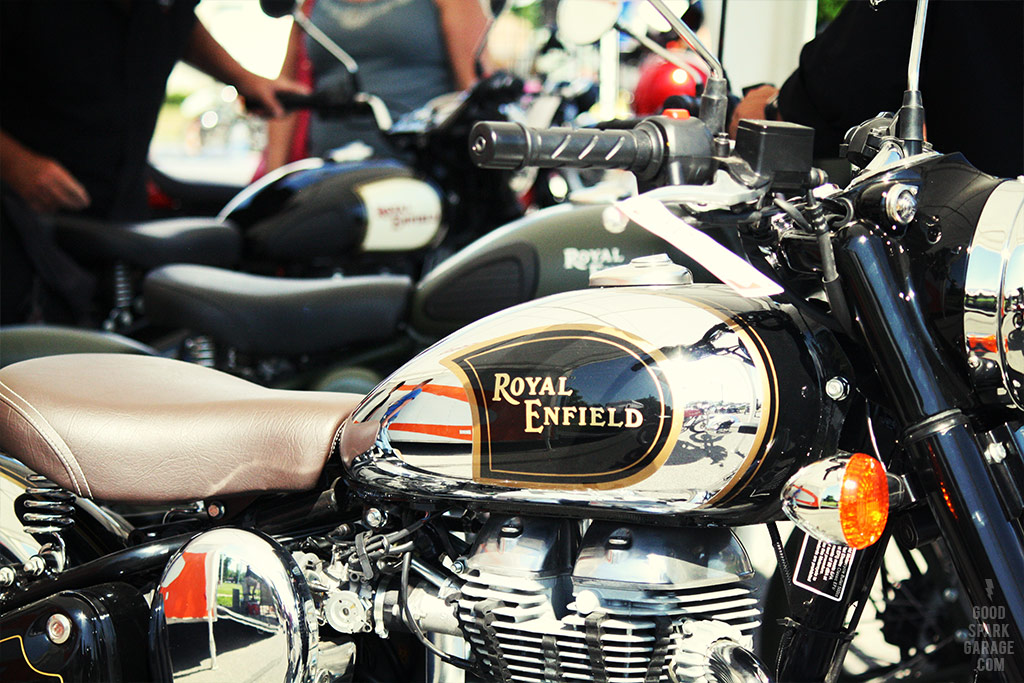 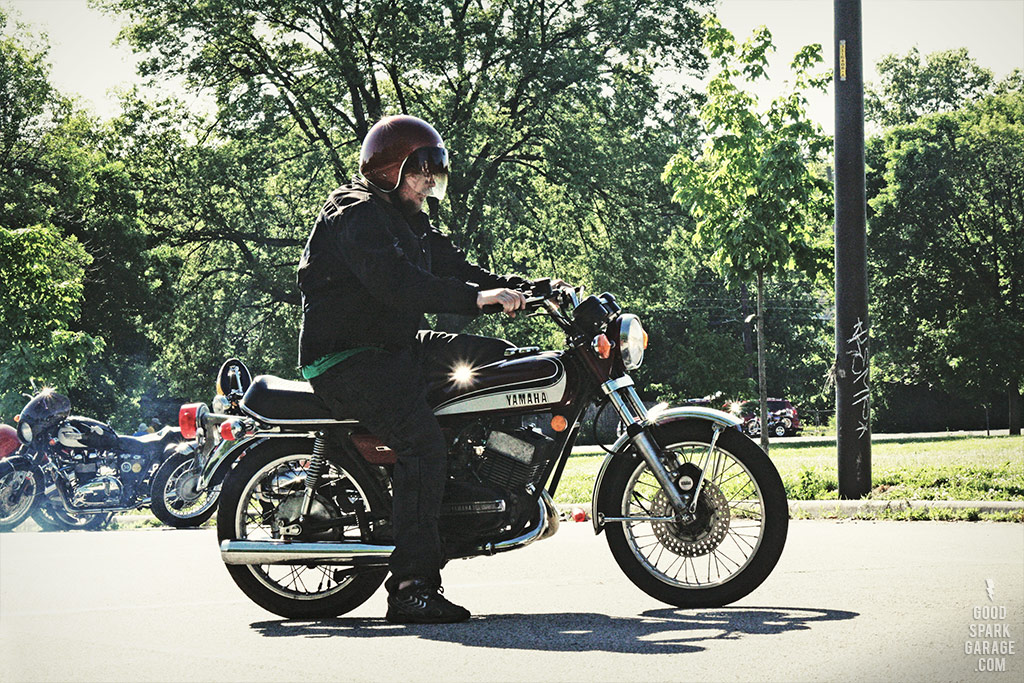 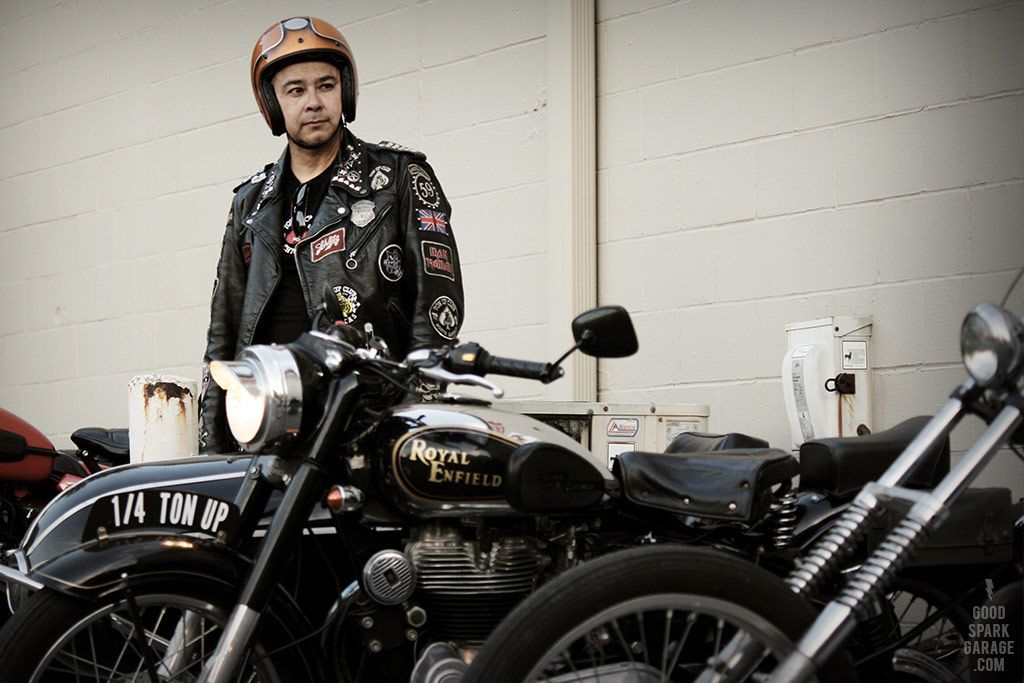 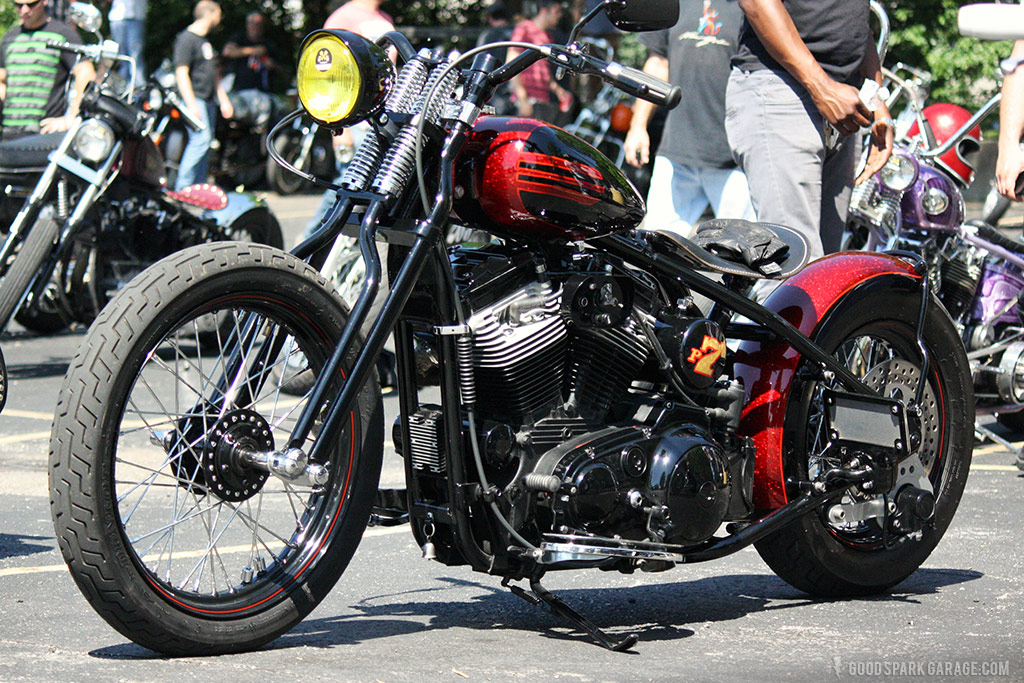 View the show from afar and you’ll see lots of unique bikes; get in closer and you’ll discover rad details in custom leather, metalwork, paint and parts. 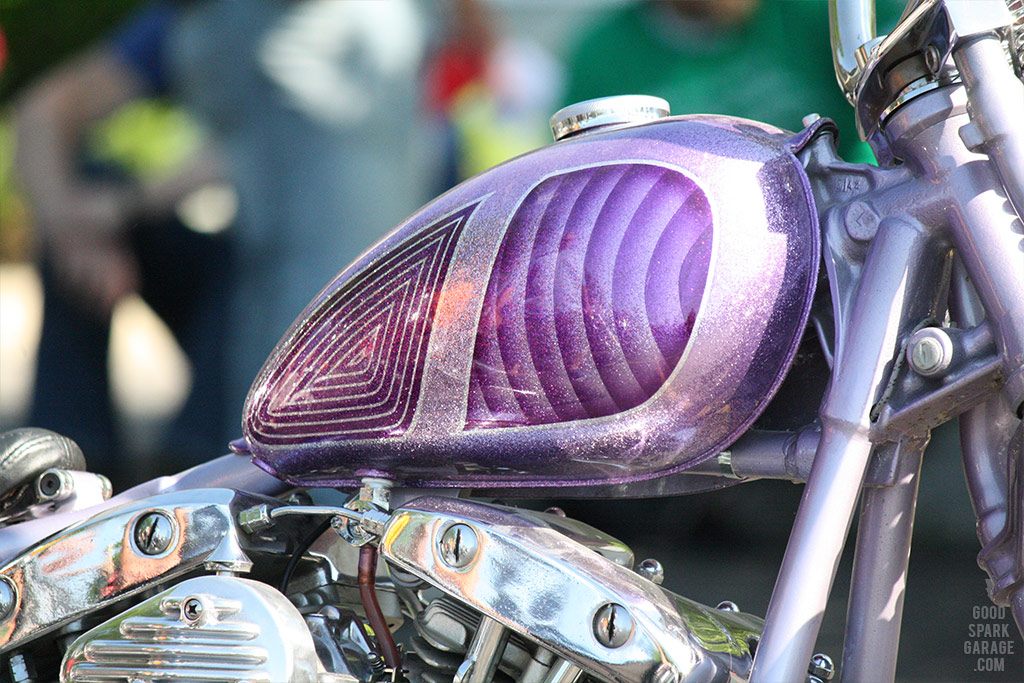 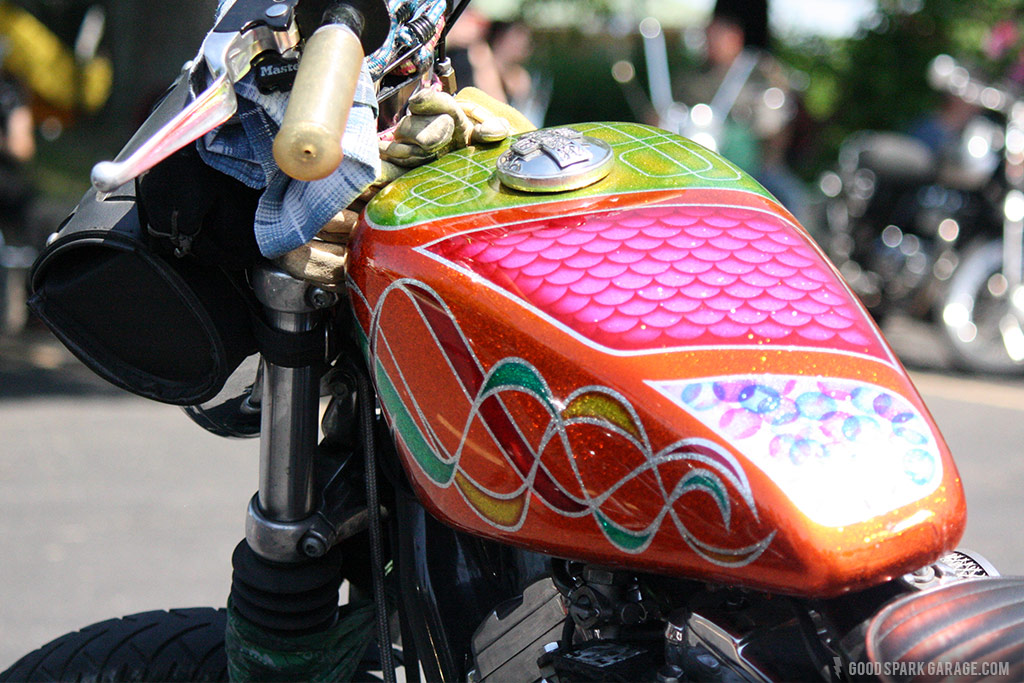 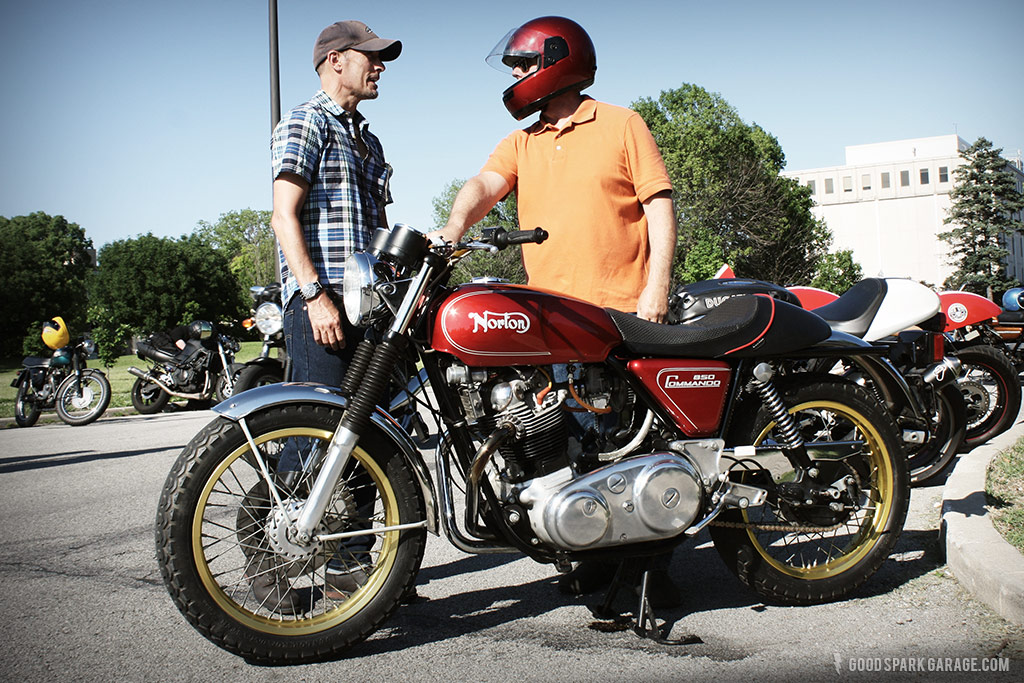 Old or new, the cafe racer spirit is alive and well. Below are a couple Ton-Up Indy members’ bikes; at left is Ryan Abegglen‘s Triumph and Eric Anderson‘s Ducati is on the right. Ryan is the creative force behind the event’s branding and Eric is instrumental in event coordination and sponsorship. 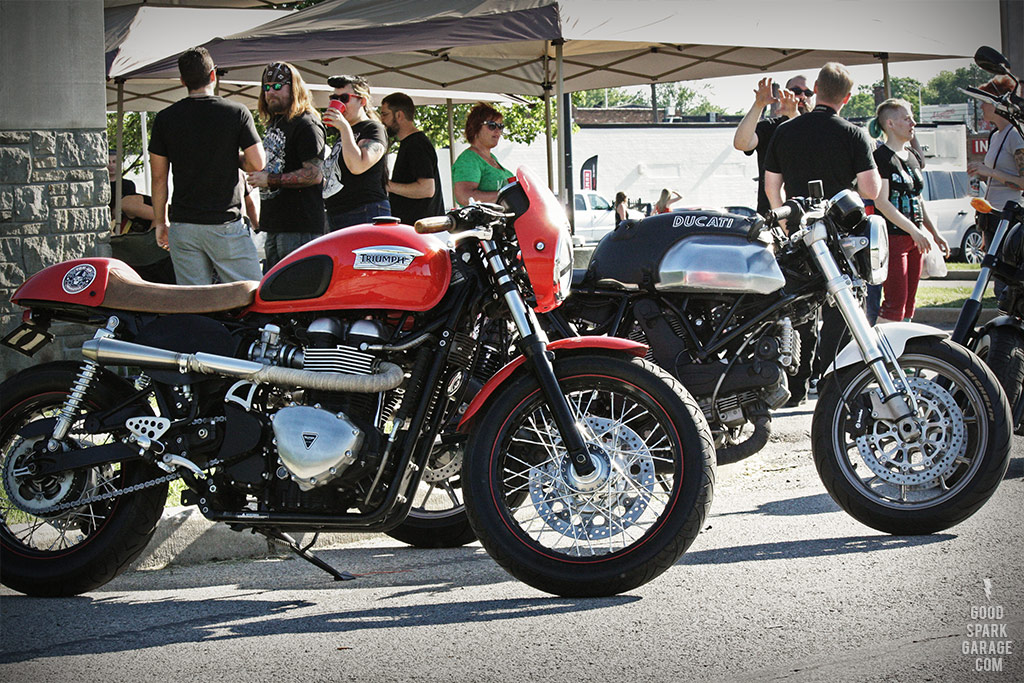 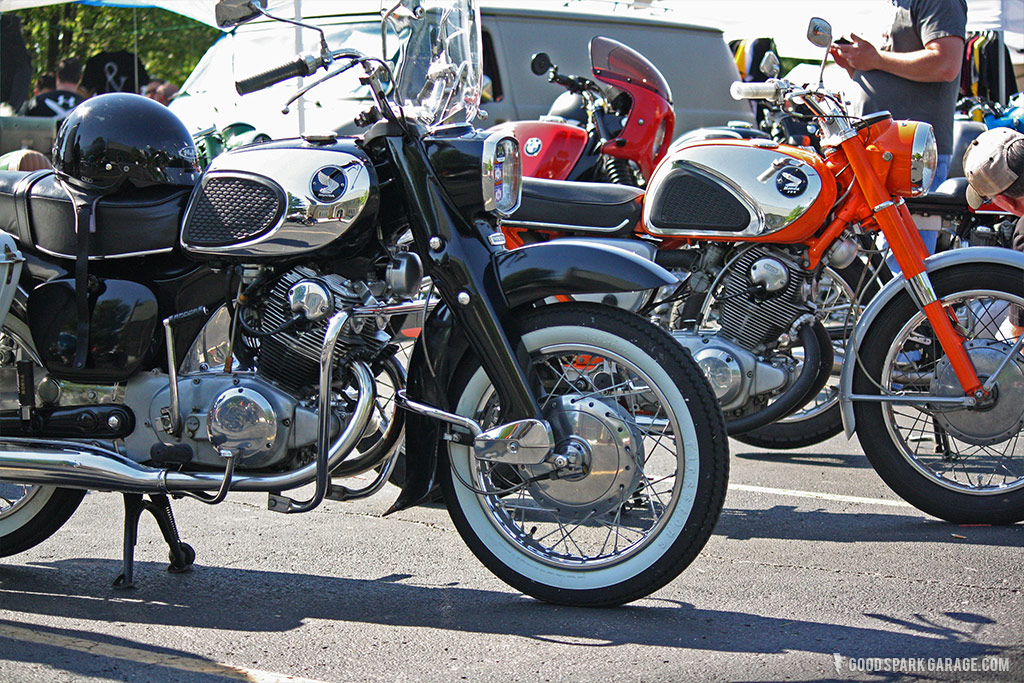 Euro, Japanese, American, you’ll see a little bit of everything in varying levels of condition, but the majority of the show consists of bikes that are ridden in. 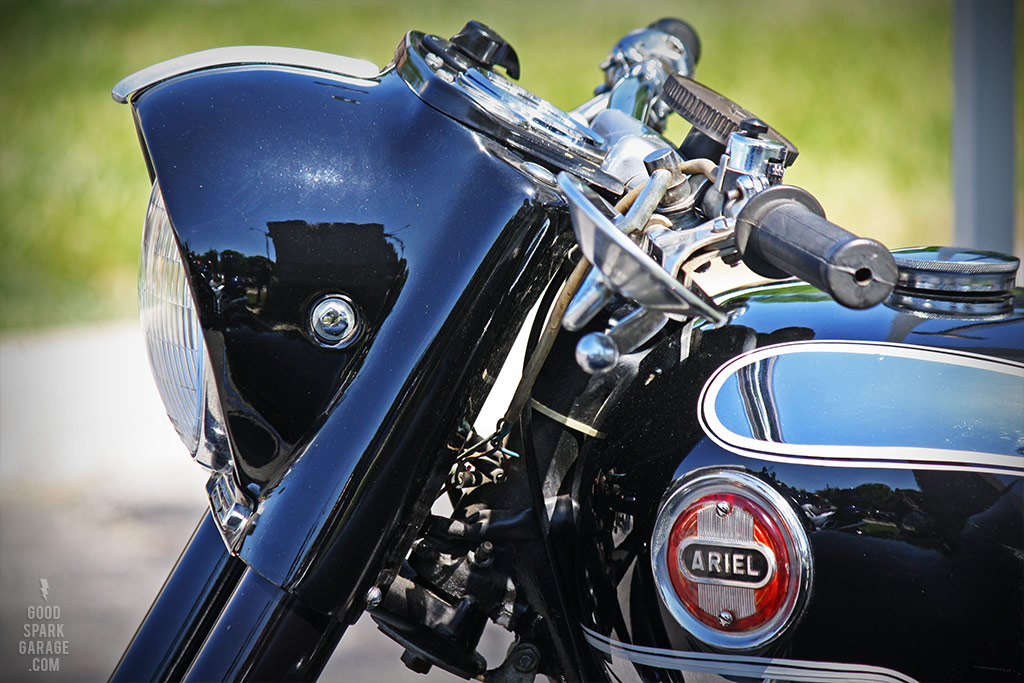 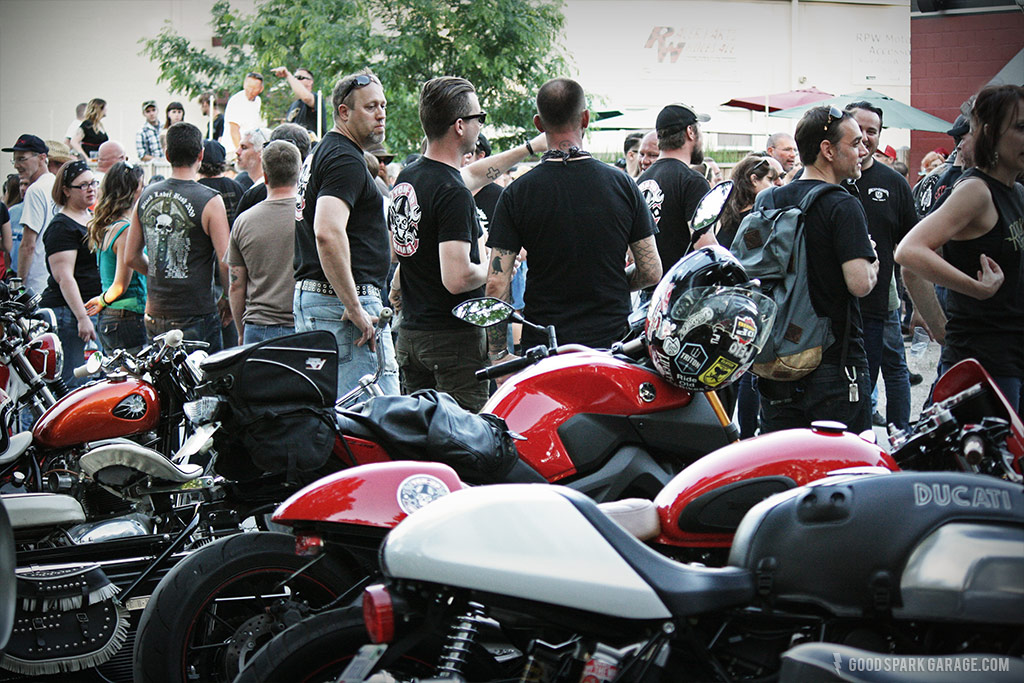 The afterparty was hosted by Flat12 Bierwerks, where the trophies were handed out and camaraderie ensued among a couple hundred folks. 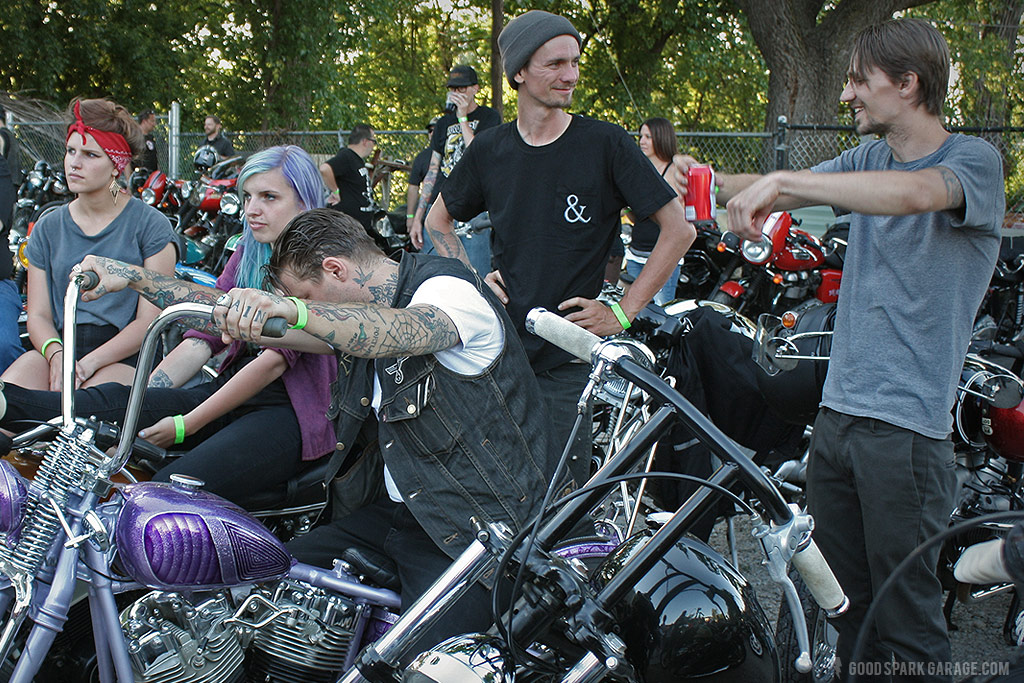 The culture that surrounds Rockers Reunion is eclectic. This isn’t a stereotypical “bike night” kind of crowd. Most of the attendees aren’t averse to kick-starting or getting a little fuel smell on their clothes. 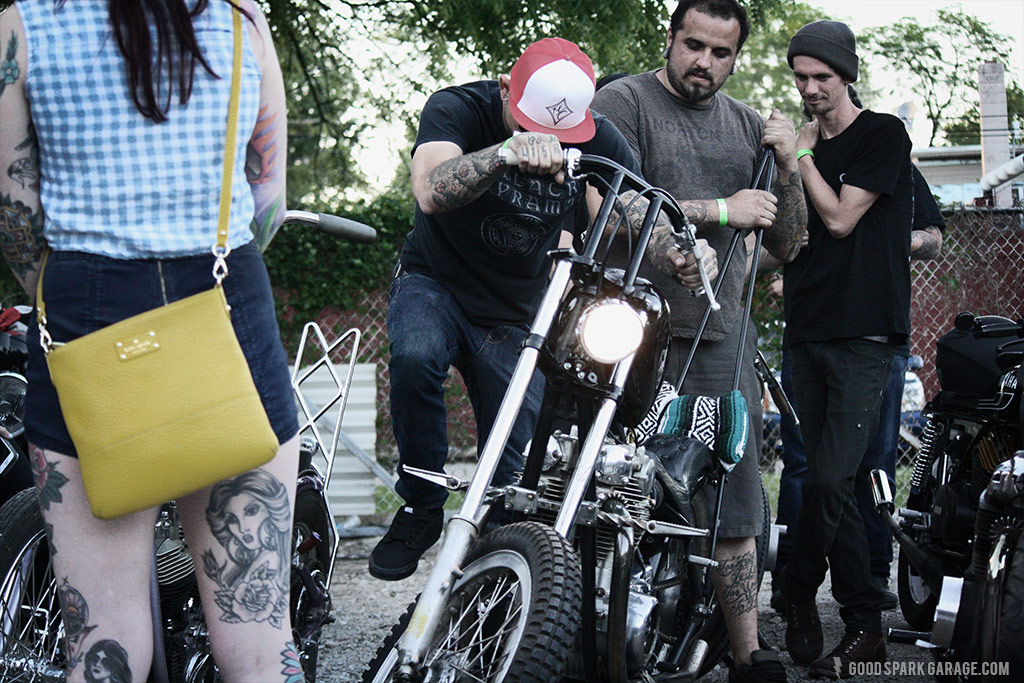 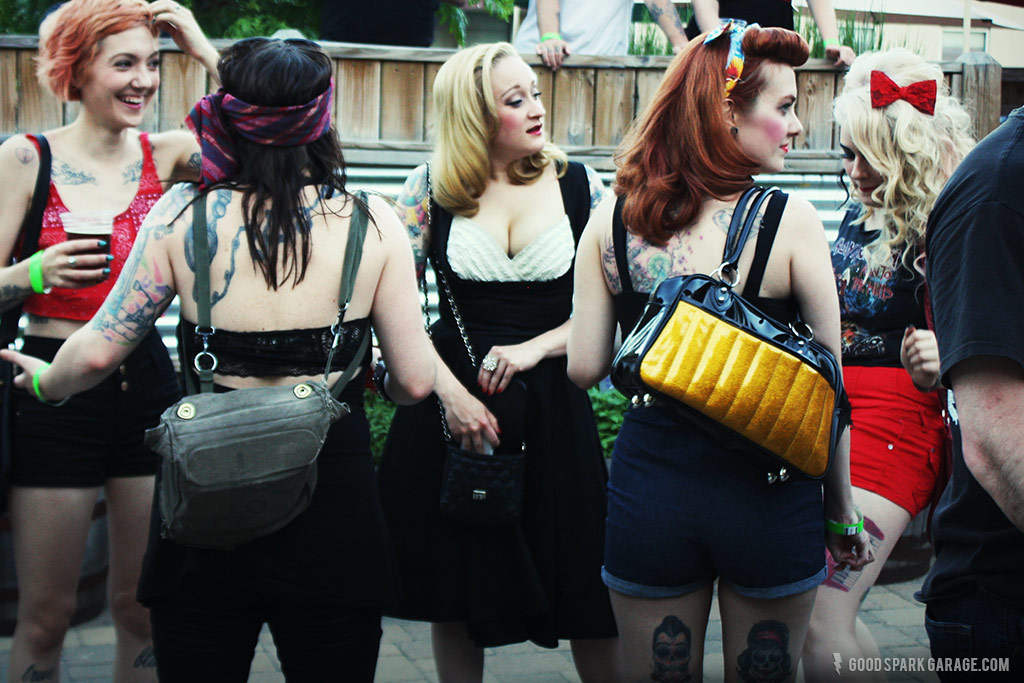 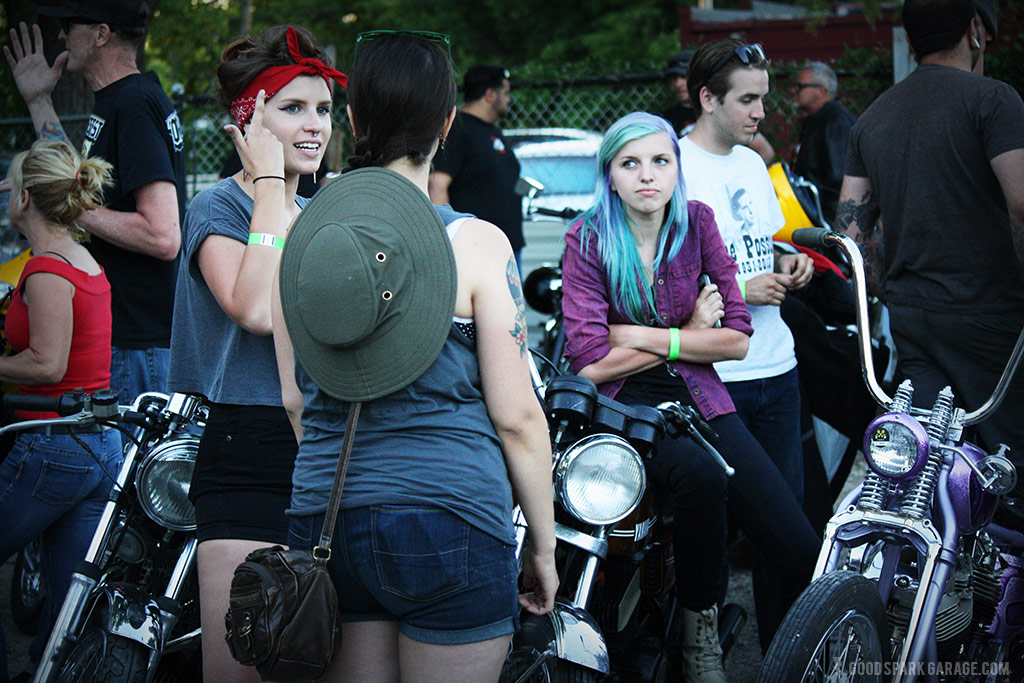 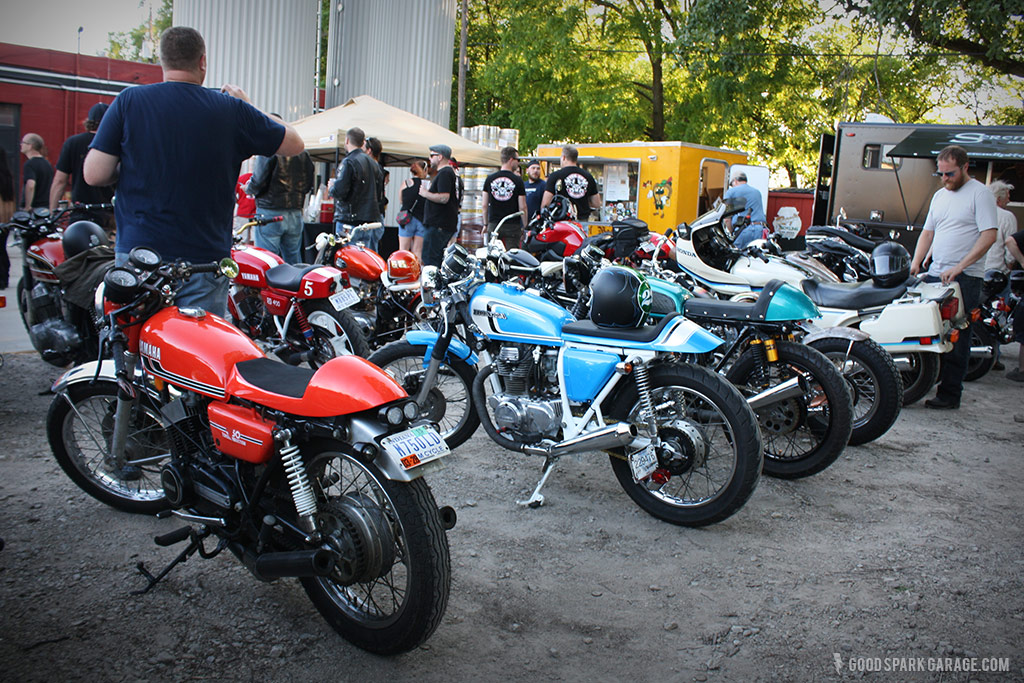 Keep an eye on Ton-Up Indy via their Facebook page. You can also monitor their Rockers Reunion website or Facebook event page for details on their next show. If you missed this event, mark your calendar for May 30th, 2015 and join the hundreds of vintage-minded motorcyclists in Indianapolis for one of the best bike gatherings of the year!