Before both feet were in the door, I knew we were in for a treat at the Dave Mungenast Classic Motorcycles Museum in St. Louis. We had less than 2 hours till closing time, which isn’t enough to take in the incredibly unique collection of over 200 motorcycles and tons of memorabilia packed into the old building’s 6,000 square feet. Man, why haven’t we been here sooner? 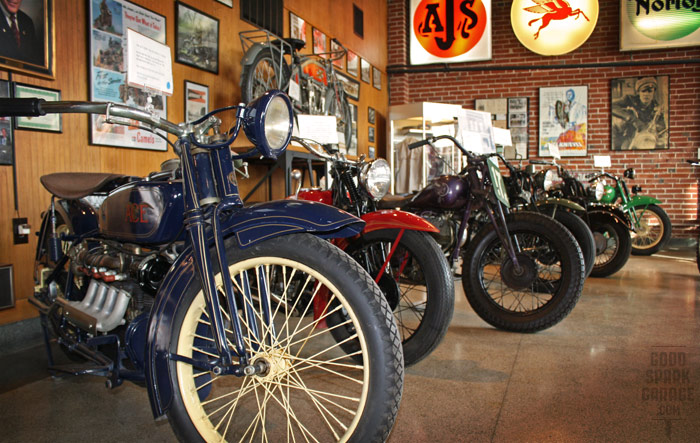 A man named Dave Burst was there to greet us. “Make yourself at home,” he said. It felt like we were stepping into an old garage or shop. Dave was the antithesis of a white-gloved curator. We liked that. The museum was once a car dealership as far back as the 20s with Terrazzo floors up front and slick-troweled concrete in the back. It’s not fancy, in a good way. If you were to kneel down on the floor, your pants might get a little dirty. There were pans of kitty litter catching oil under several bikes and, though some are pristine, many of the classics looked like you could hop on, kick ’em over and ride away. The old signs, posters, advertising and photos on the wall made the overall atmosphere more appealing and inviting. It seemed the bikes were awaiting their next ride rather than being held prisoner behind velvet ropes. 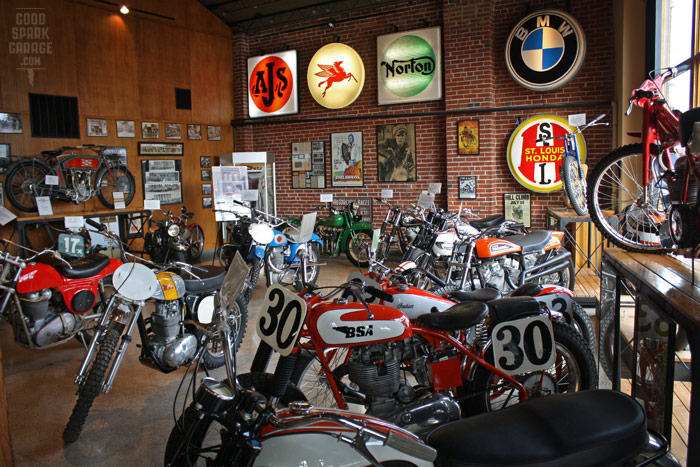 Motorcycle buffs and racing fans should look into the history of Dave Mungenast (mung-guh-nast). He was a hardworking motorcycle mechanic that immersed himself into the St. Louis bike and hot rod scene as early as the 50s and 60s. There are old photographs everywhere you look, showing Dave’s deep-rooted involvement in motorcycle sales and racing. 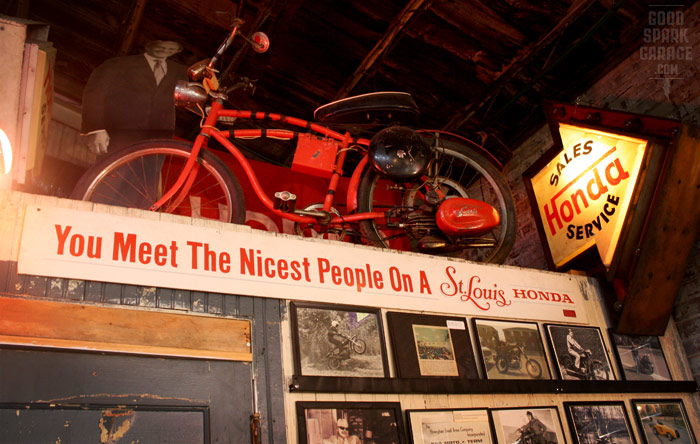 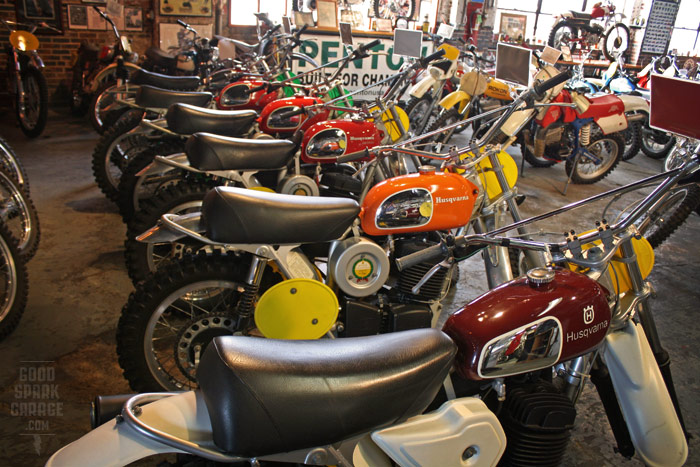 In the early 50s, “every time I’d go fast on the street, I’d get myself in trouble. I would get tickets or the police would chase me, so I thought maybe I could go fast in the dirt and no one would chase me.” –Dave Mungenast, Sr. 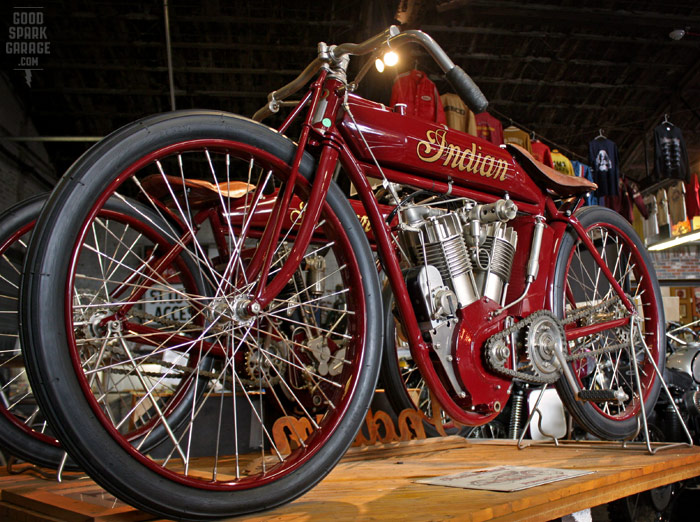 Though the museum’s patriarch has passed on, Dave Burst and Dave Larsen open the doors three days a week to let folks wander the rows of noteworthy bikes and well-preserved paraphernalia. Word is, they’re expanding the museum and planning on filling up a neighboring building with more bikes and cool old cars. We will be back, much earlier this time, so we can absorb even more of the motorcycle nostalgia born from the legacy of Mr. Mungenast.

Now, look through these pics and read the captions, but go see ’em in person and shake the hands of the guys who are keeping this collection open to the public. Take your kids with you (ahem, if they’re well-behaved) or take your father with you while you still can. Send this article to your friends; we should all experience these kinds of gems whenever possible. 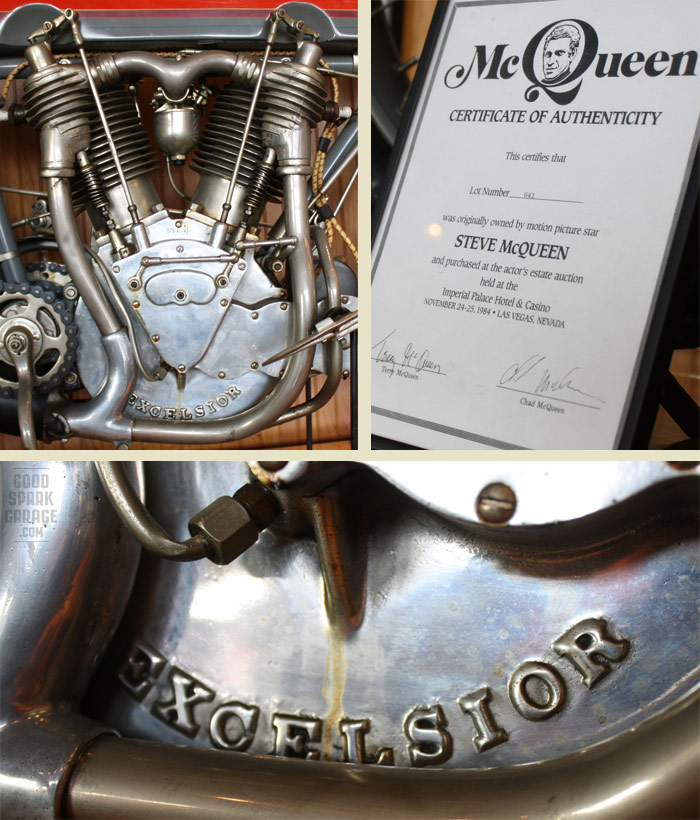 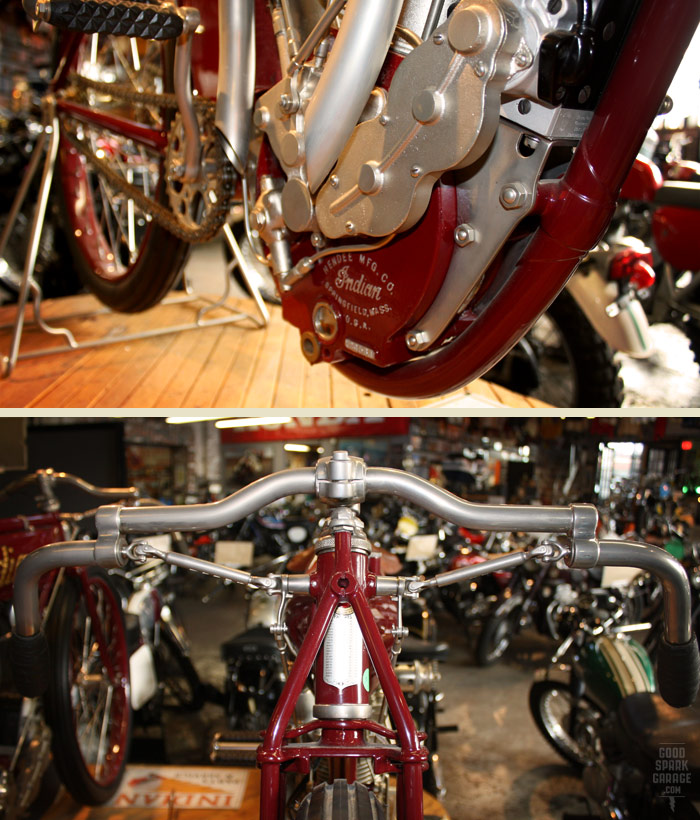 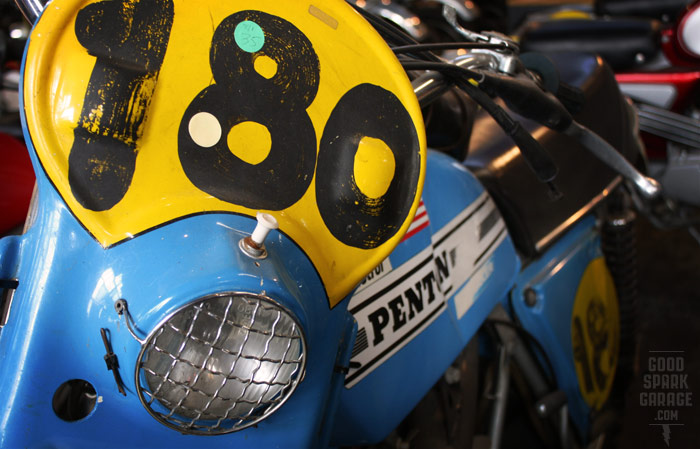 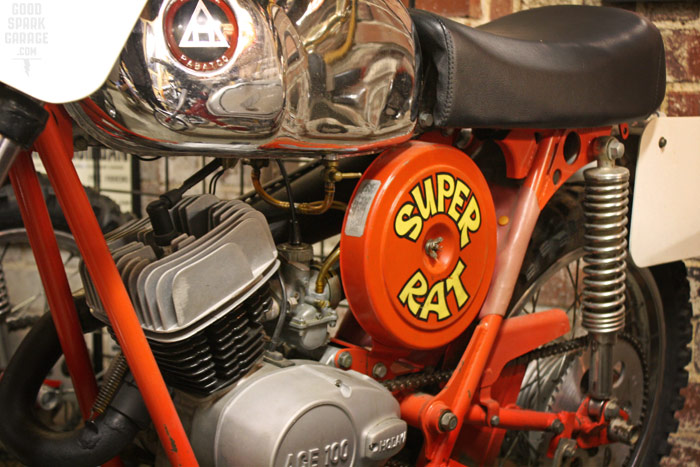 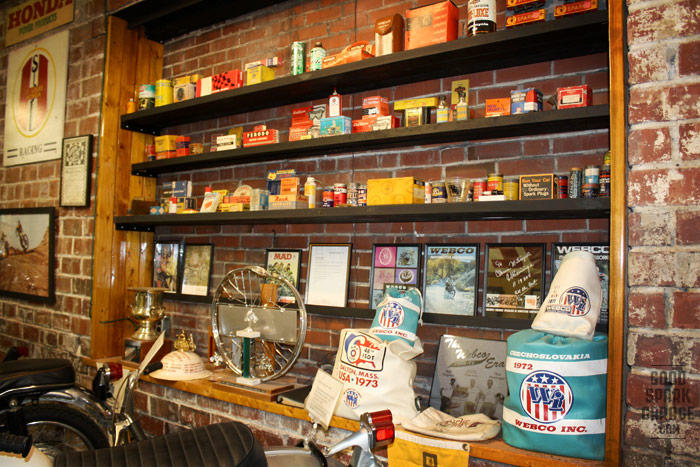 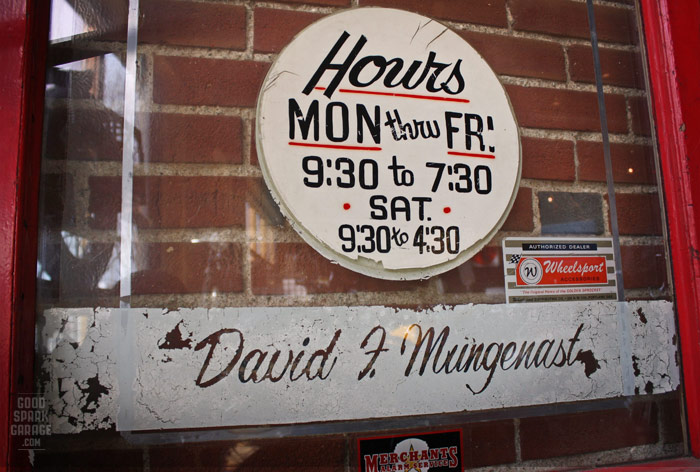 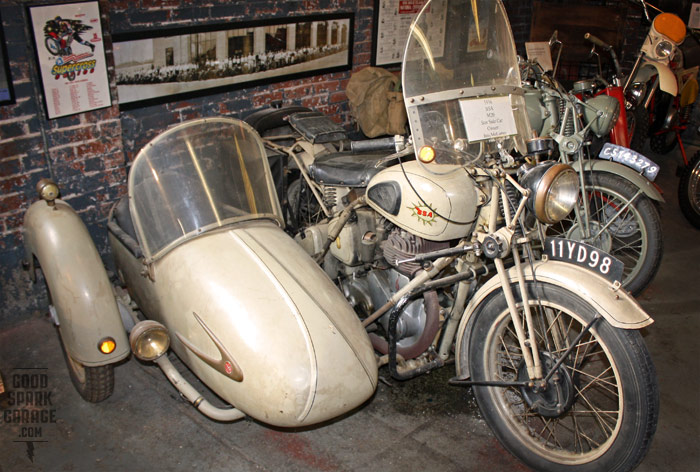 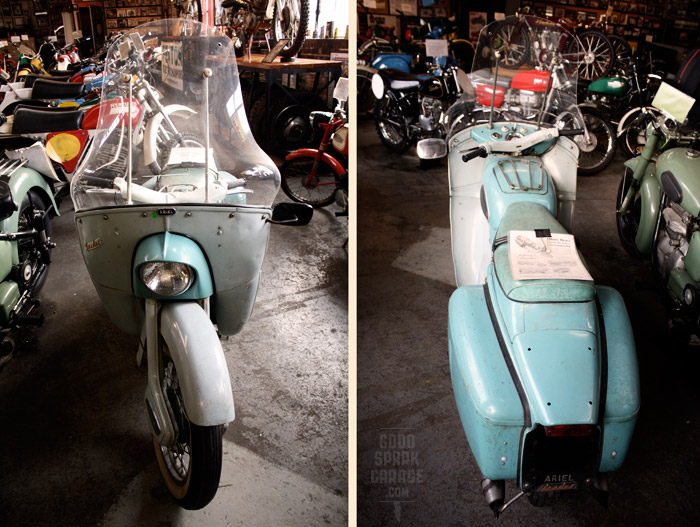 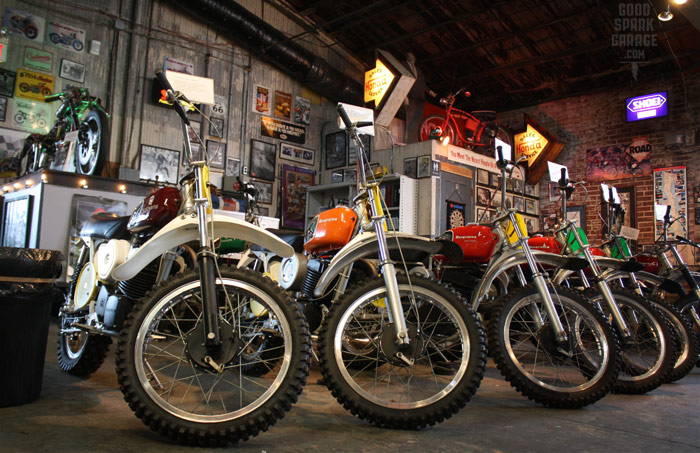 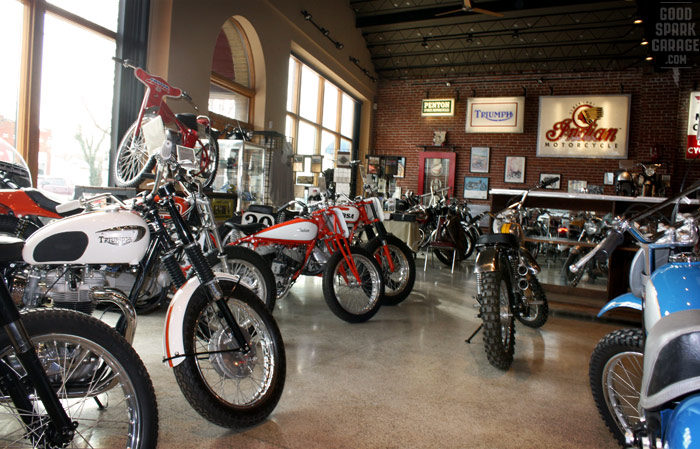 Well, does that make you wanna stop in to the Dave Mungenast Classic Motorcycles Museum in St. Louis? We thought so. Did we mention it was FREE admission? Here are the deets:

MOTOBLOT Chicago has rounded the corner on its second year. Once again, it lived up to…