Roy Griffith owns The Turntable Shoppe in Indianapolis and rides a 1972 Triumph Bonneville. Analog music and vintage motorcycles are part of everyday life for Roy and he’s no stranger to the repairs and maintenance that come along with ’em. His guitar playing and lyric-writing are inspired by earlier days of garage, glam, psychedelic and other rock genres that date back to when a good stylus and well-tuned turntable were the main source of music absorption. When we visited his shop, he was playing lead guitar and co-writing songs with Mike Contreras for the Indy-based band, Thee Pernicious Unicats. Mike wrote the lyrics and sings lead on “She Ain’t the  Devil,” the song featured in the video above. 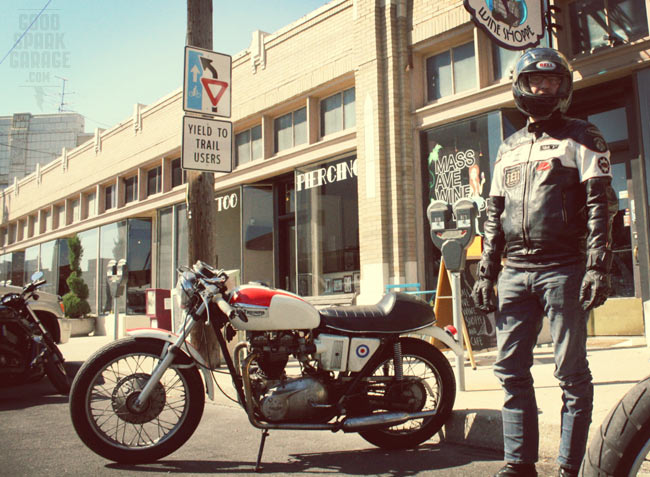 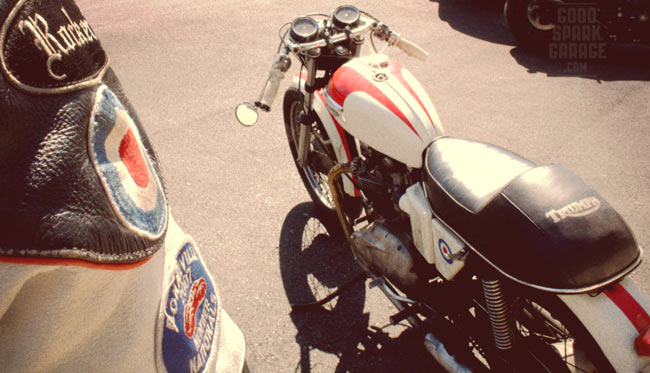 Roy is a member of the Ton-Up Club of Indianapolis and involved in the local vintage motorcycle scene (indy vinmoto). He also rides a Gen 1 Triumph Speed Triple. 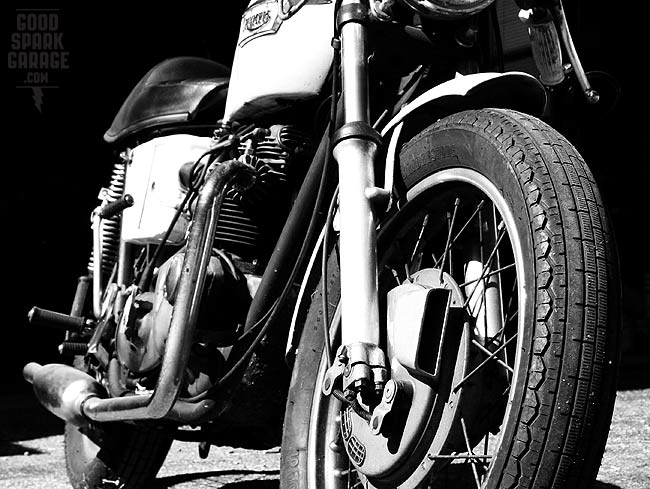 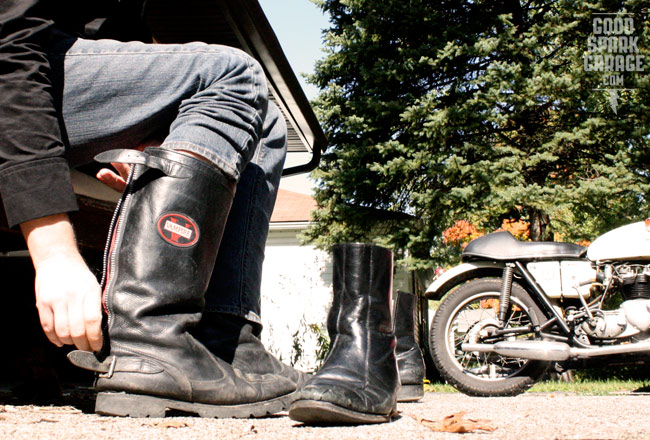 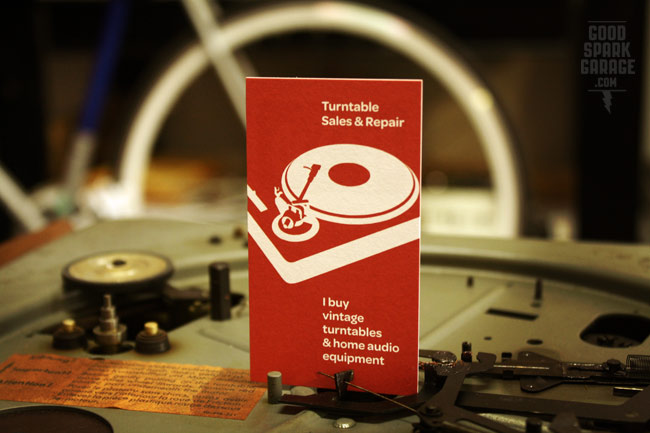 The Turntable Shoppe buys, sells, and services record players and some speakers. He has owned turntables since he was 6 years old and comes from a family who’d often have record-playing parties. As a kid, his father’s music tastes would have a big influence on him; he has many of his Dad’s albums in his current vinyl collection. While the world continues down the path of compressed digital music, Roy keeps the realm of needles and grooves alive and well from downtown Indianapolis. He says it sounds better, but beyond that, there’s a tactile experience with record albums that makes his friends and customers smile. 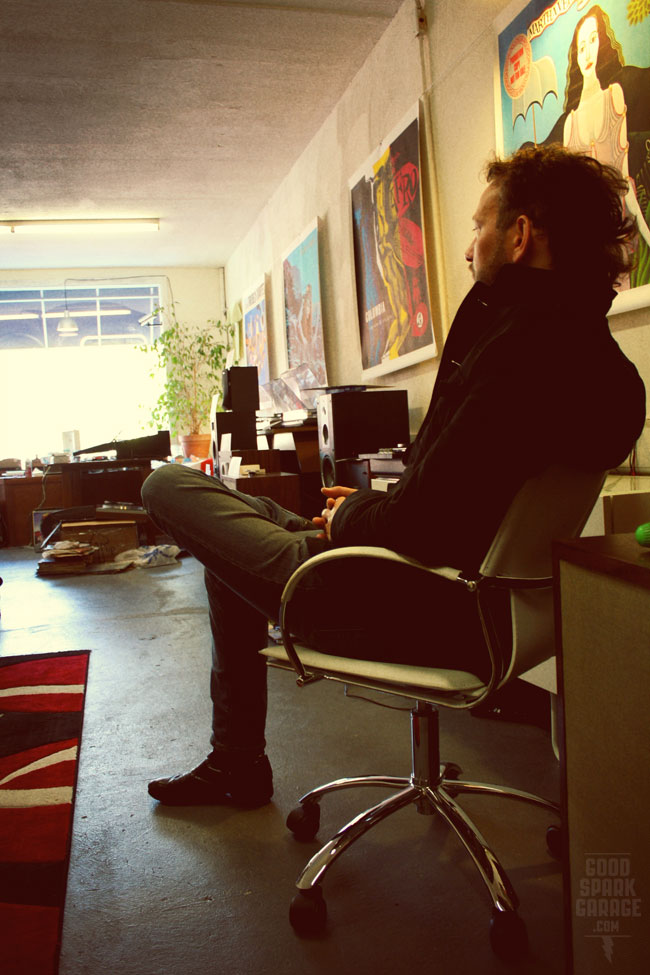 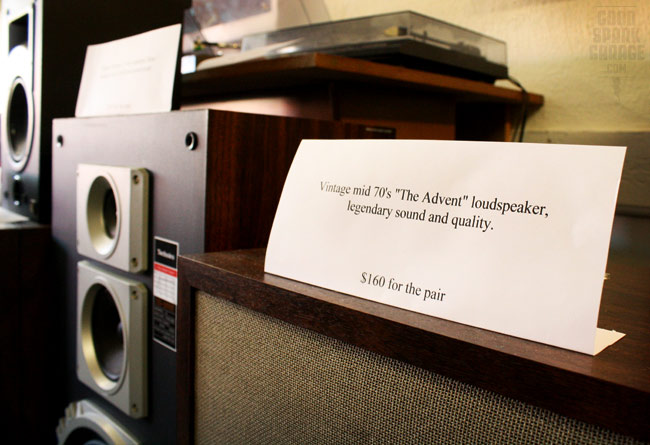 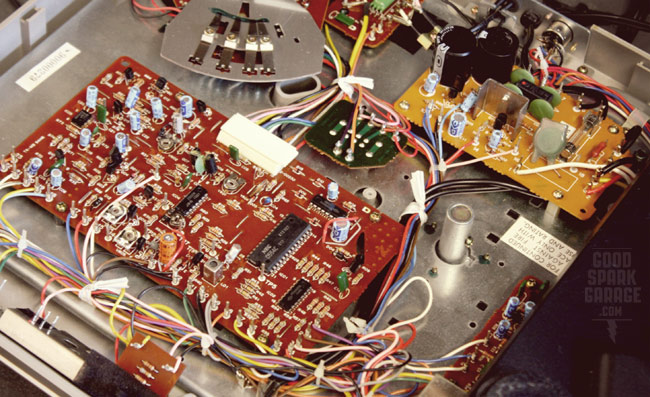 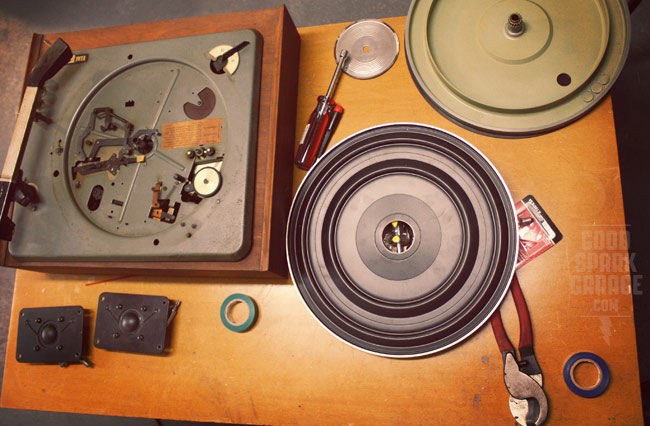 There’s a ritual to playing records on turntables, a process that somehow eases the user into the experience and makes them appreciate the music even more. Riding an old British bike has similarities; turn on the key, open the petcocks, tickle the carbs and kick it over. The motorcycle, much like the music, comes alive.

The motorcycle scene is alive and well in Indianapolis. Here is our photo re-cap of The…