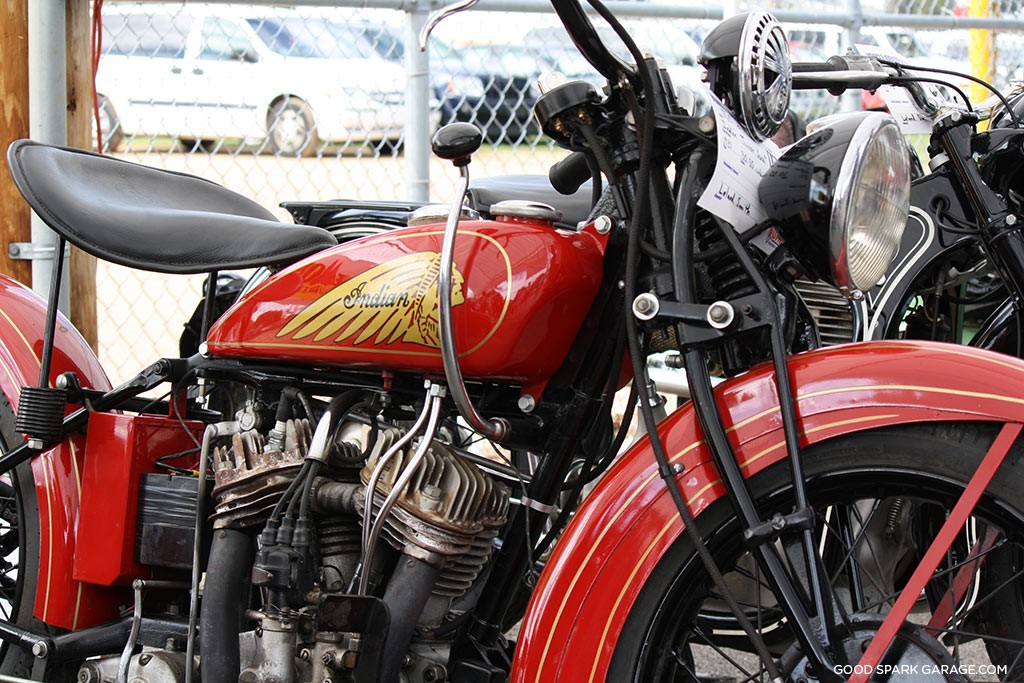 Fairmount, a small town in Central Indiana hosts the annual James Dean Festival, where its big Car Show draws many killer old vehicles. We dropped in to capture the culture where “cool lives on.”

Of course, we set out to find some bikes and found a handful of quality classics in restored and original condition. Harley-Davidsons, Indians, a BMW and a few other oldies were set up under a tent and attracting a crowd. 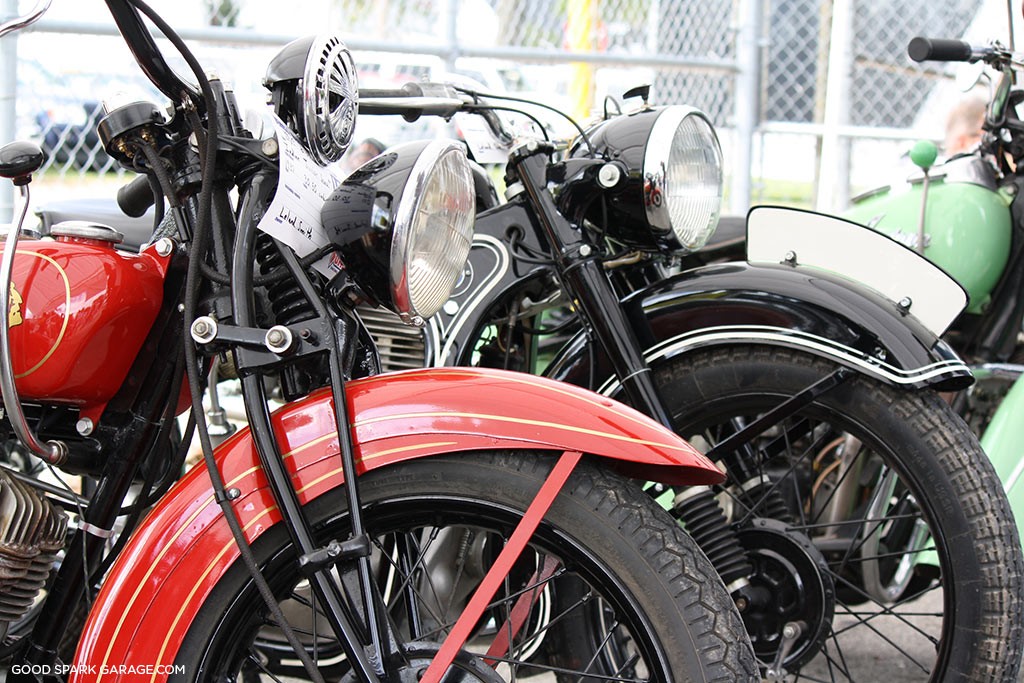 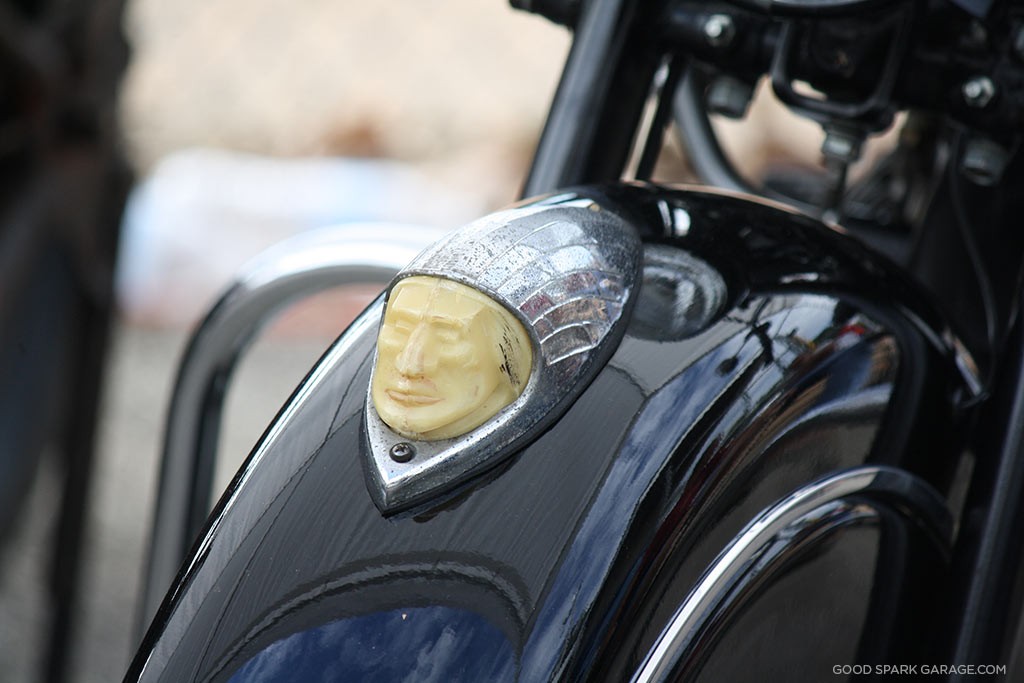 Pitted chrome, oxidized paint and scars from years on the road, this is how we like ’em. After some time spent circling these great bikes, we moved on to the fins, grilles, white walls, chopped tops, and candy paint jobs of the cars and trucks that showed up in droves. But first, a bit about Fairmount… 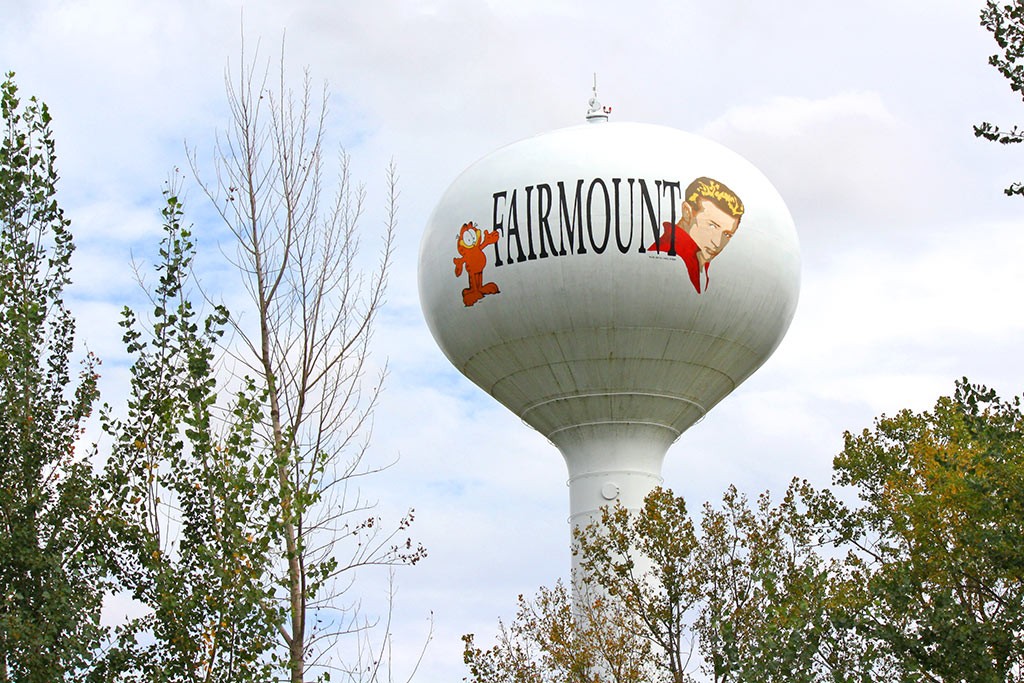 Around 3,000 people live in Fairmount, including some family of the Rebel Without a Cause himself. It’s also where Jim Davis, creator of Garfield the cat, grew up. They both spent their youth on farms and have made a massive impact on popular culture. What other towns can boast such residents on their water towers? 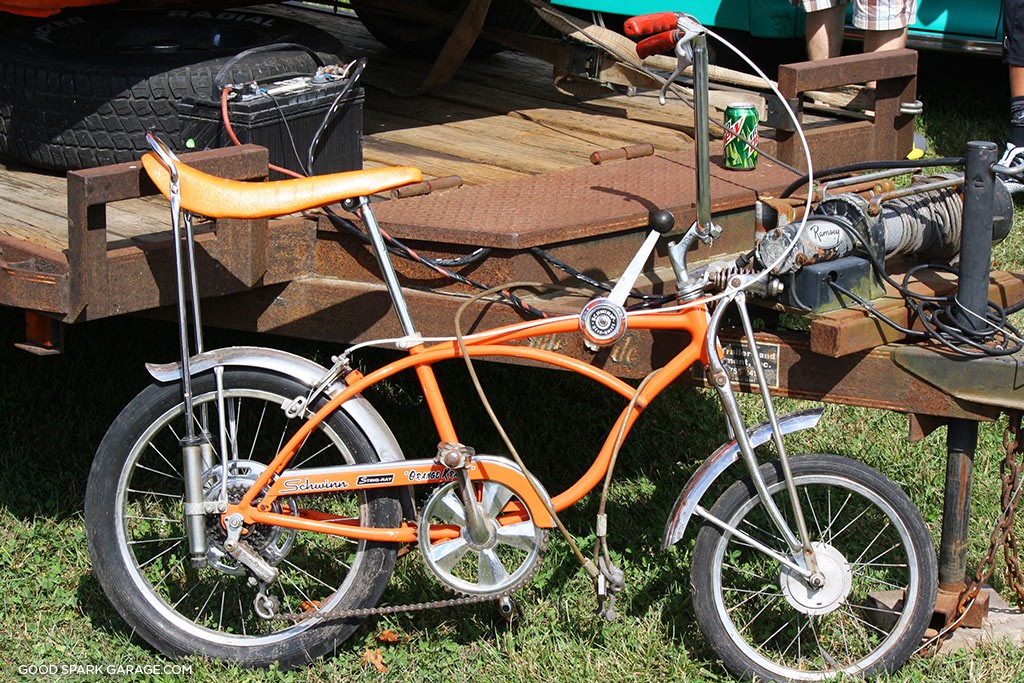 The residents prepare for the large influx of people attending the James Dean Festival on the last full weekend in September. Along with the custom and hot rod car show, the event includes a parade, street fair, carnival rides, concerts, dance contest and James Dean look-alike contest. 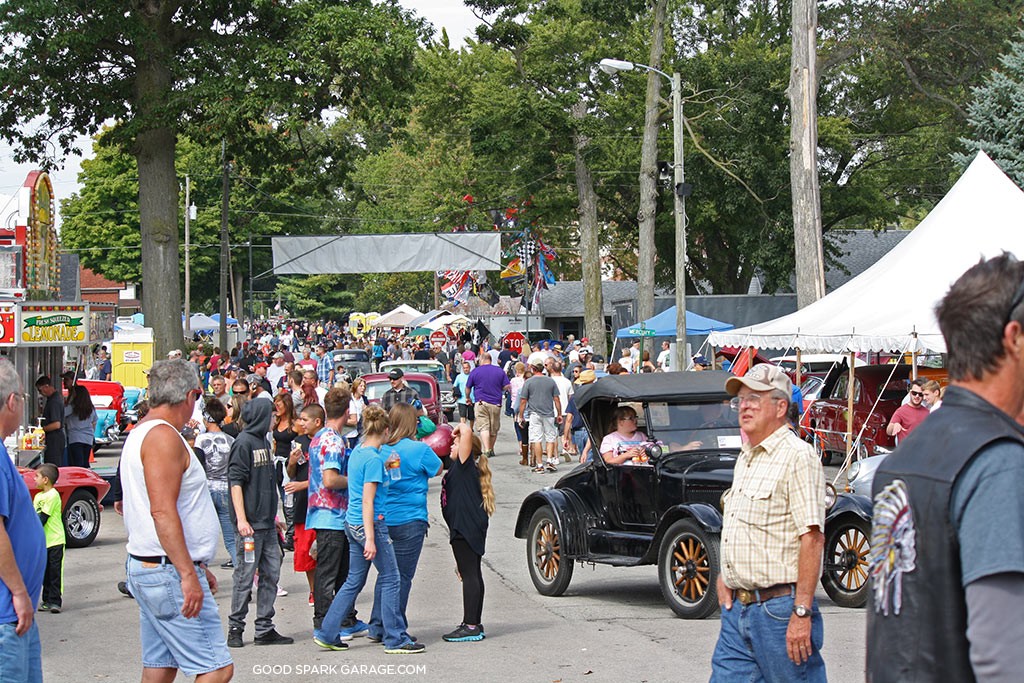 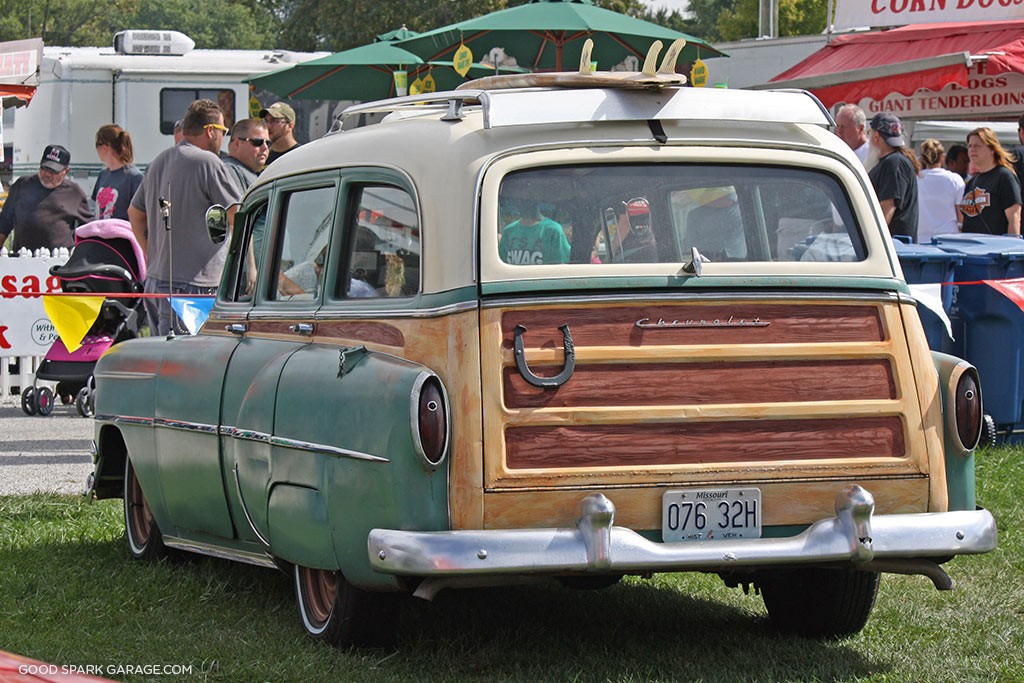 Most of the cars look like they were driven in and many of ’em were oozing with character. 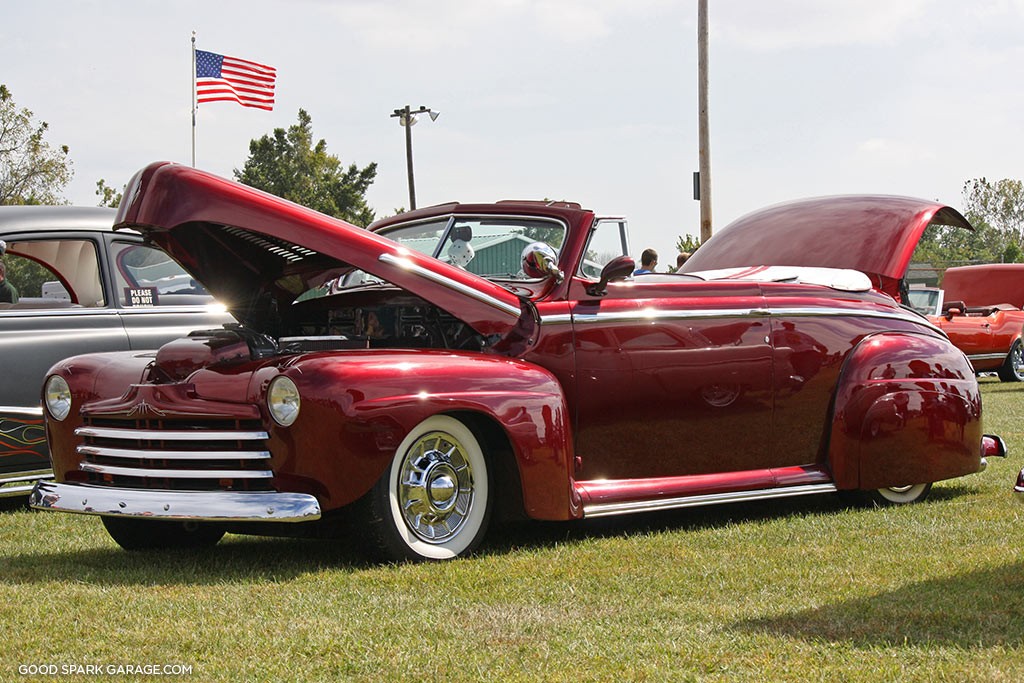 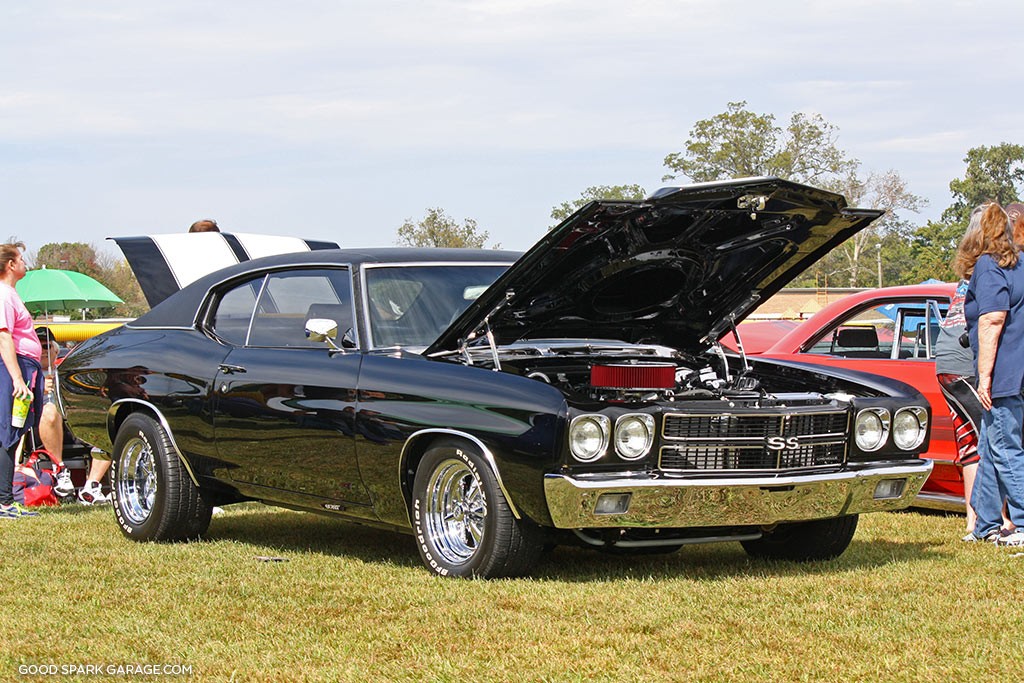 While there were plenty of 40s and 50s classics present, we found a strong contingent of American muscle cars. 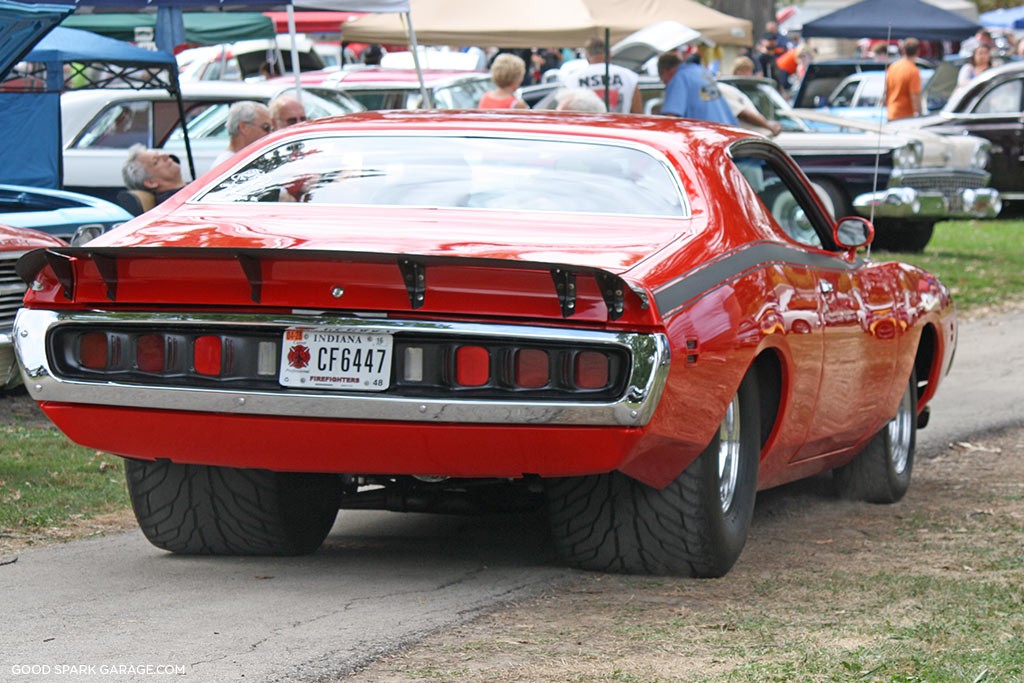 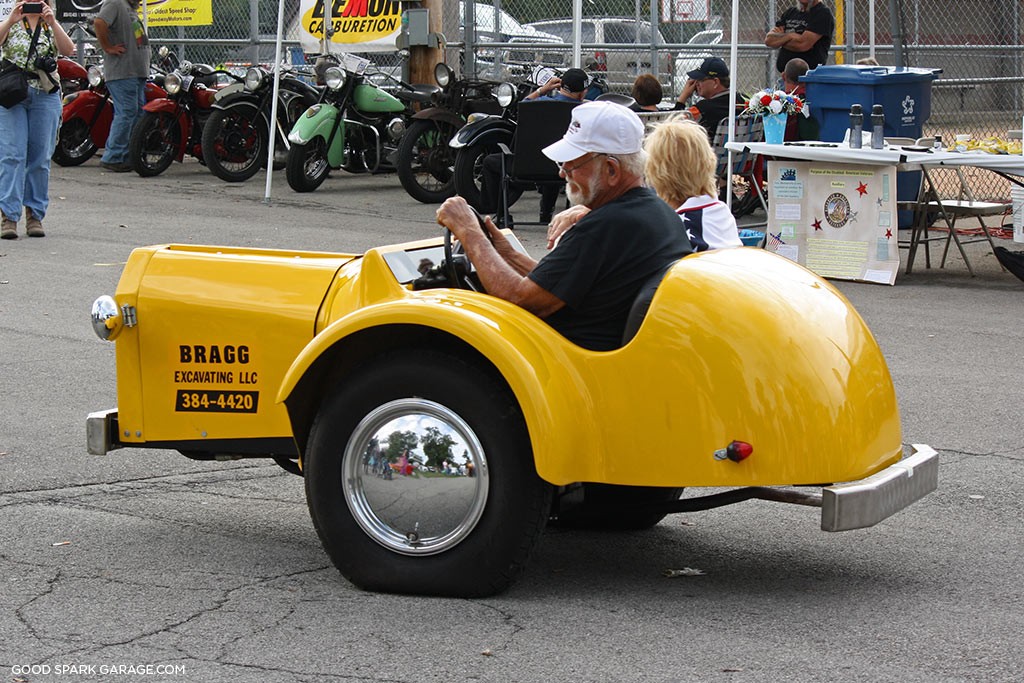 Everywhere you look, there’s something cool, funny and interesting driving by. 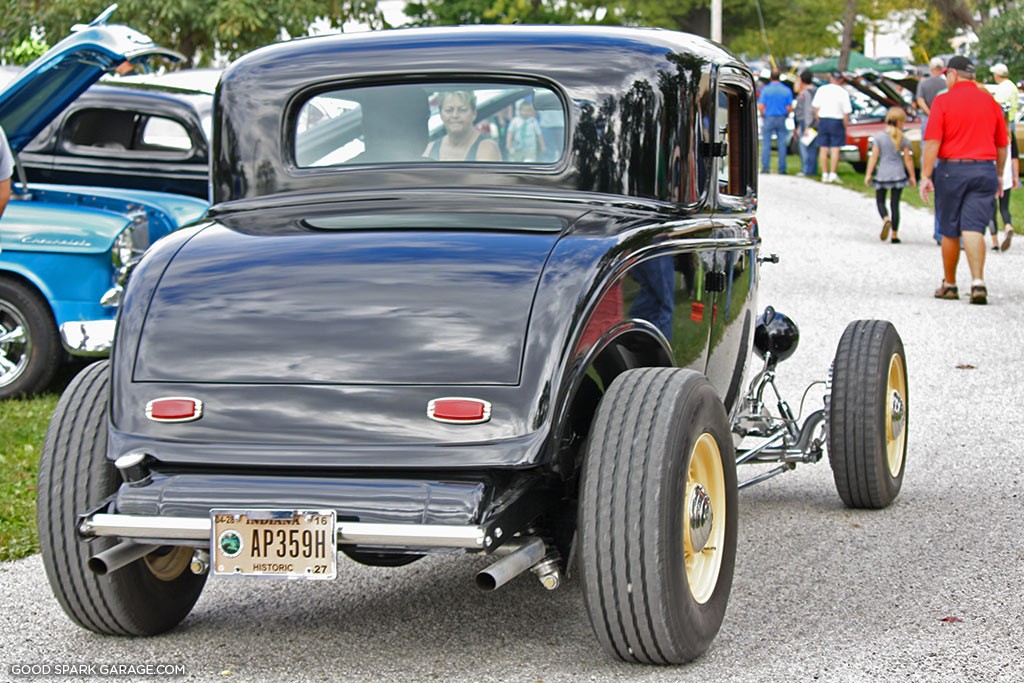 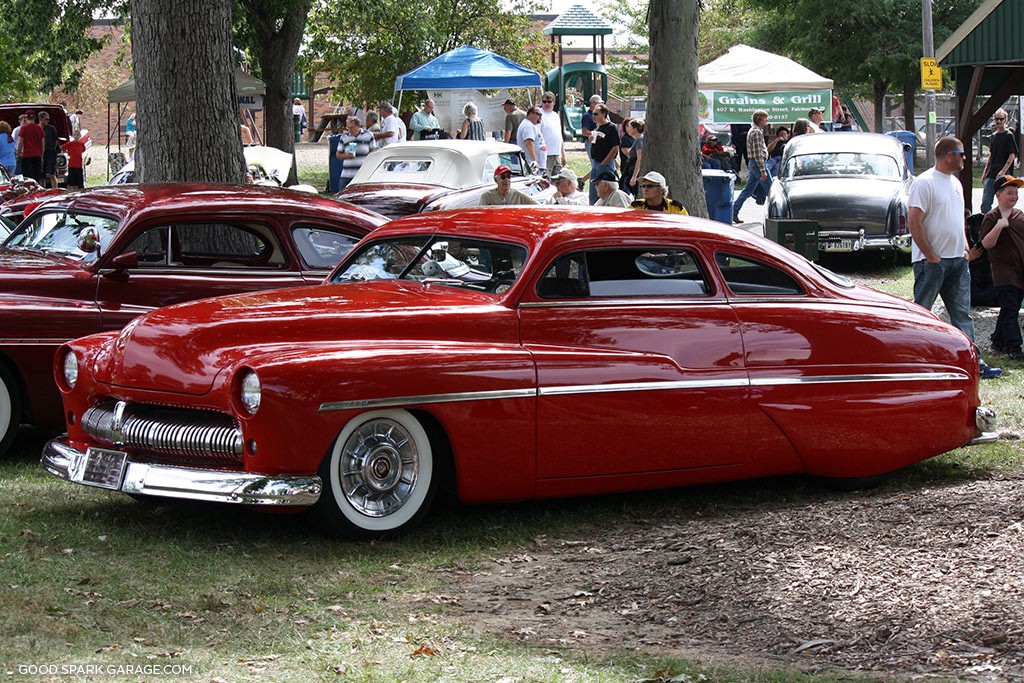 A large number of custom Merc’s parked together in the shade; one of the best platforms for creating photogenic, chopped and dropped hot rods. 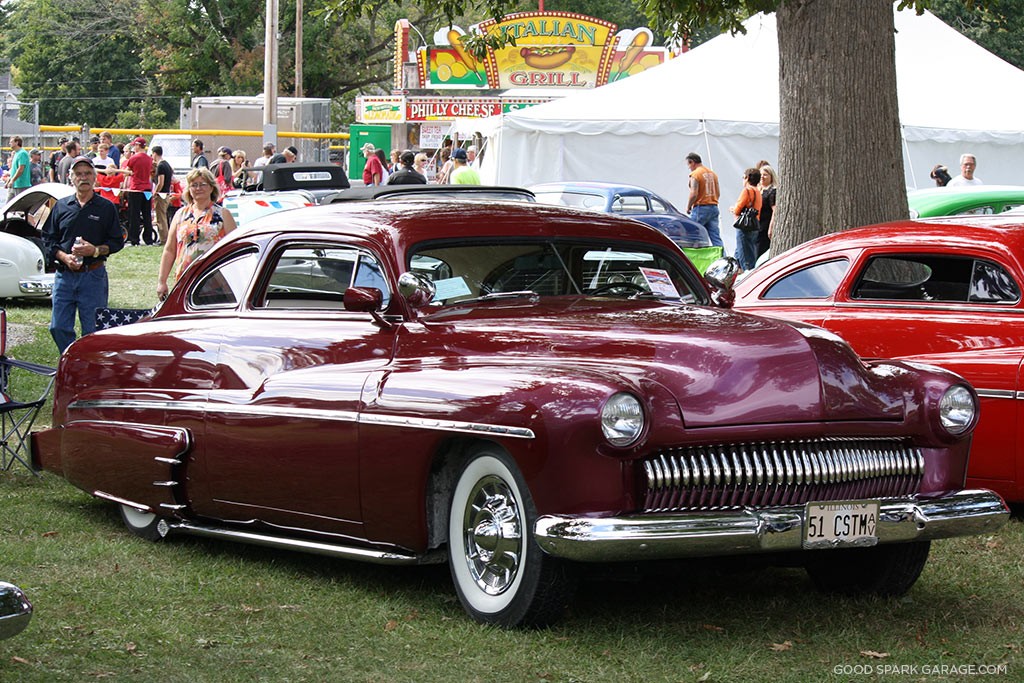 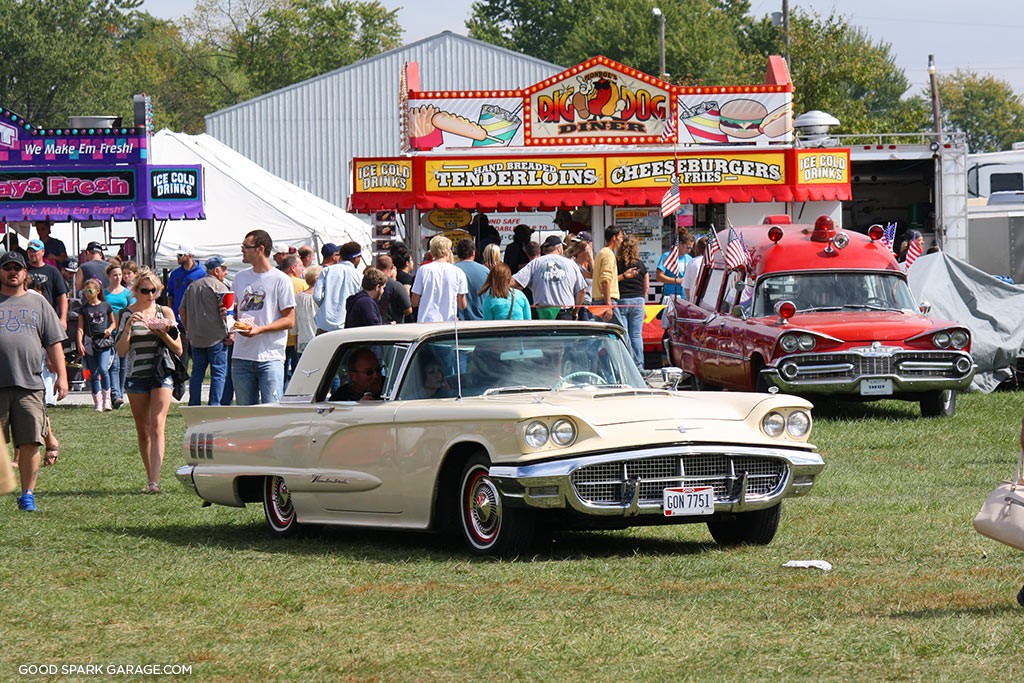 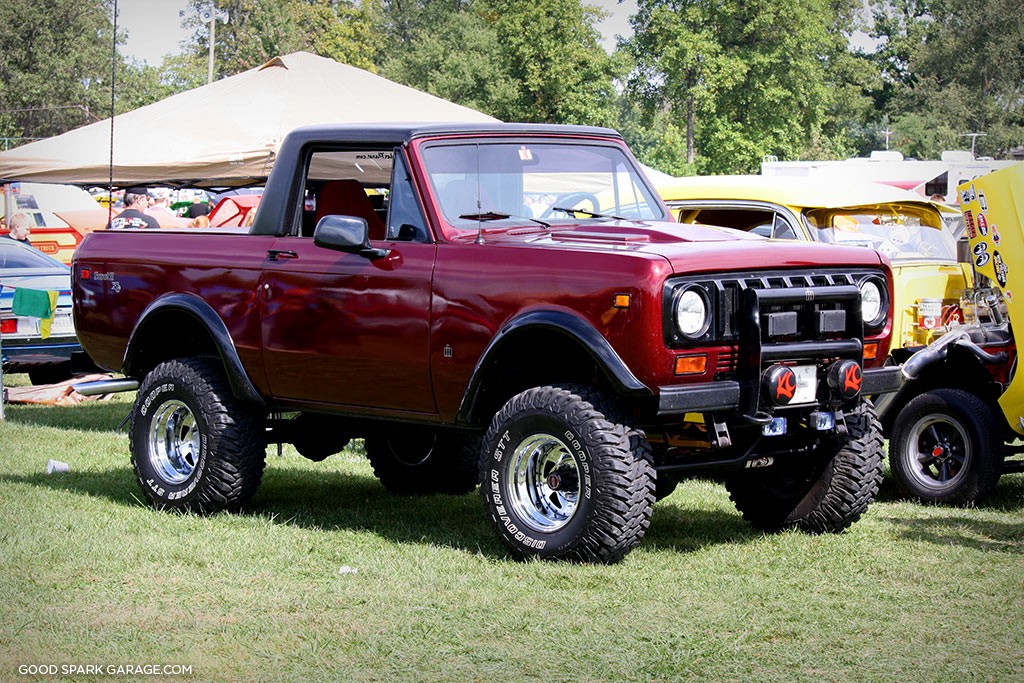 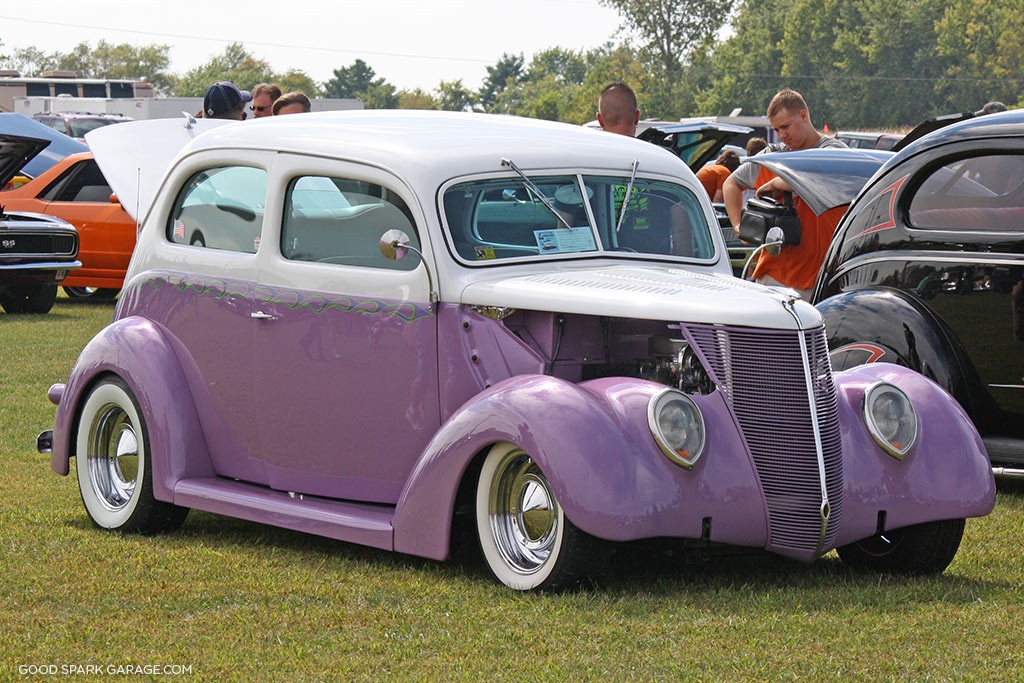 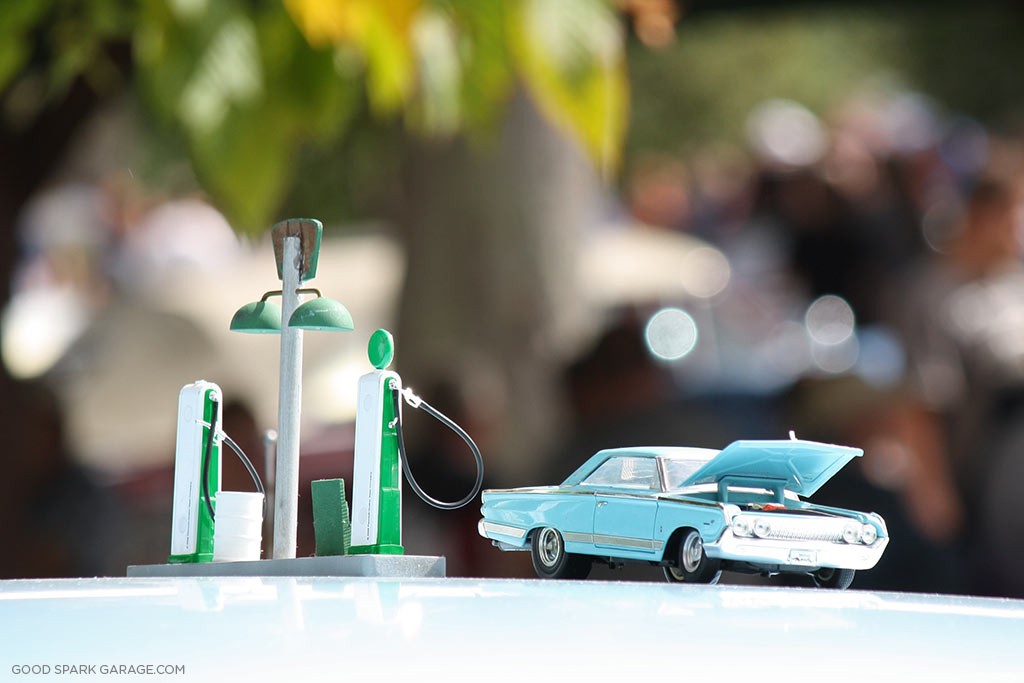 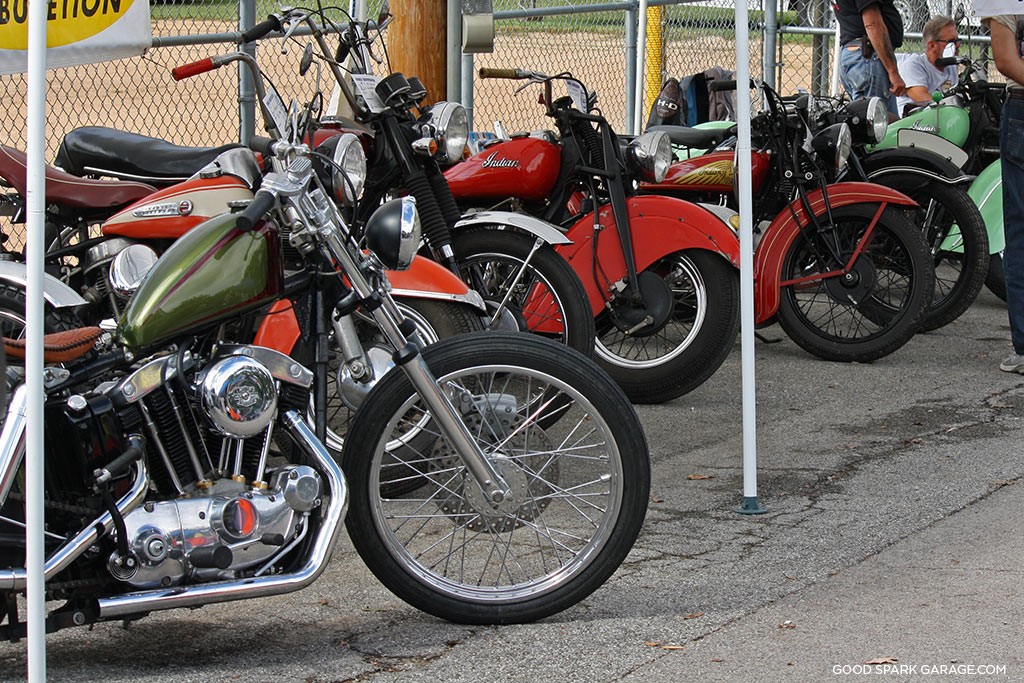 So if you find yourself in Central Indiana in late September and you have a penchant for old cars and chrome, it’s worth a drive over to Fairmount for the James Dean Festival car show. 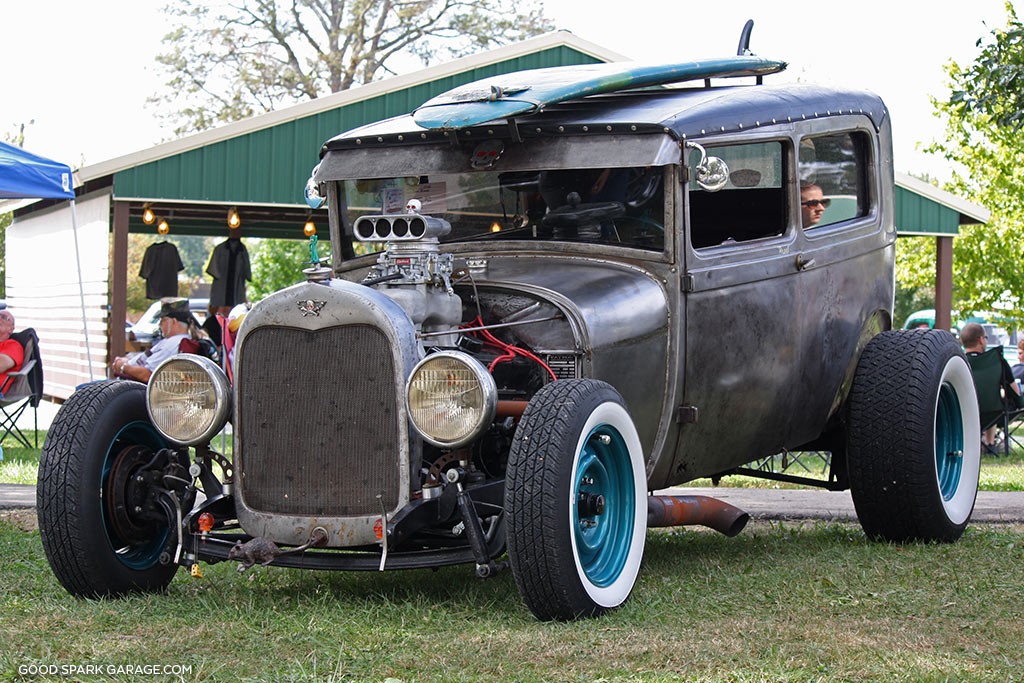