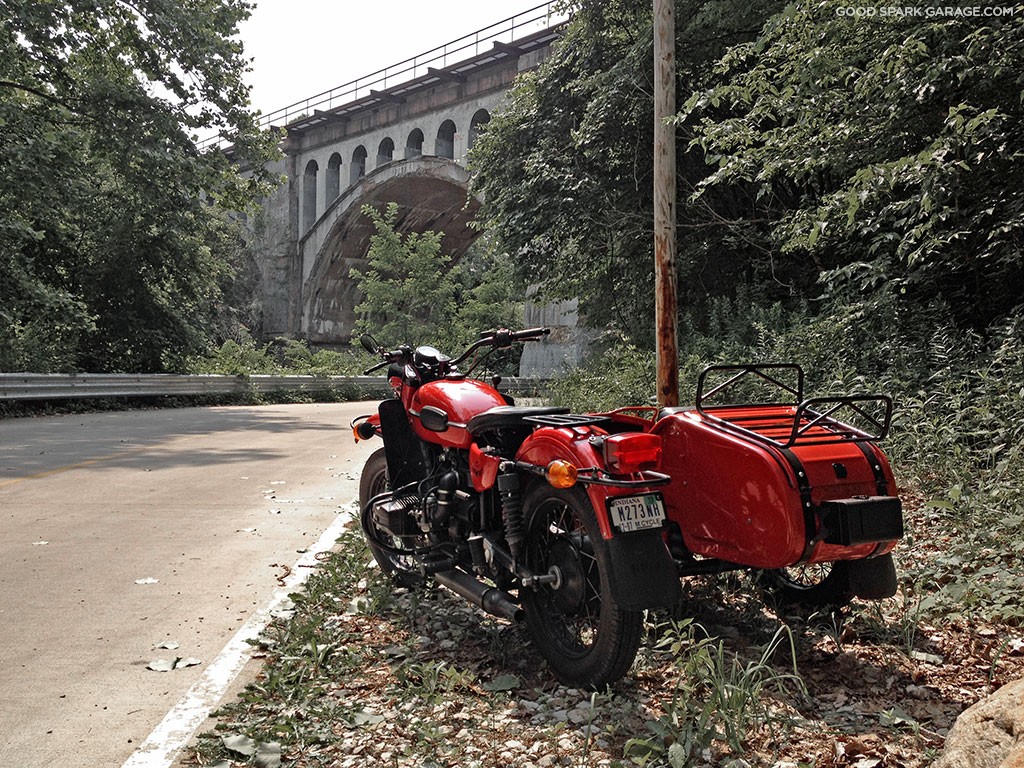 During a stop on the west side of Indianapolis, a resident asked, “Where ya headed?” I told them I was looking for a haunted railroad bridge nearby. “Ah, in Avon?” In this neck of the woods, most folks know about this spooky landmark. With lore dating back to the late-1800s and the promise of some old, looming architecture, this should make for a great ride destination. 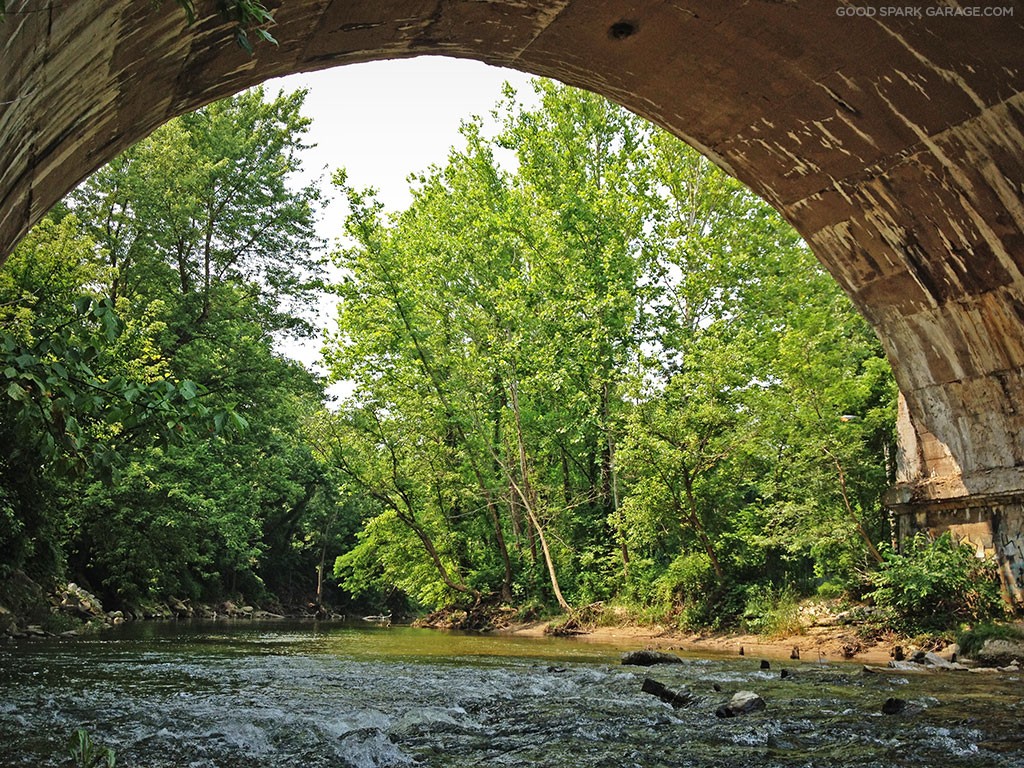 Just off Hwy 36, about 8 miles outside the 465 loop around Indy, this double-track railroad bridge spans White Lick Creek in Avon, Indiana. It has three concrete arches, two of which you can drive/ride through. On a map, you can find it here on S County Road 625 E. 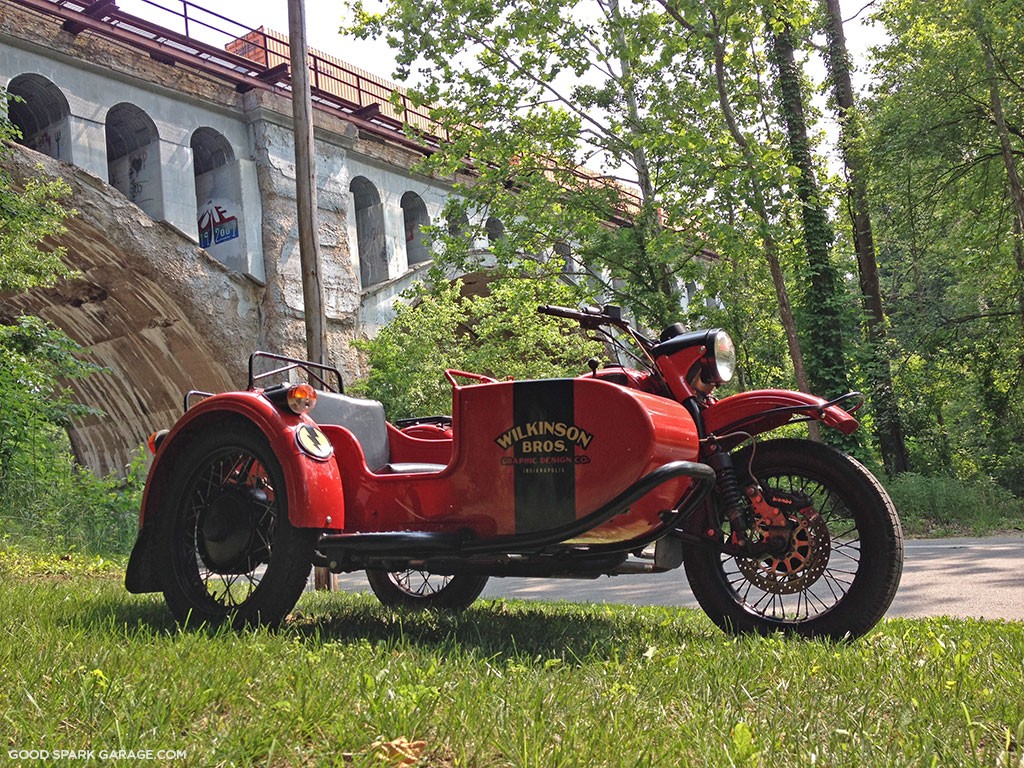 Taking the back roads, I took it easy on the Ural sidecar motorcycle. Short jaunts without being in a rush are relaxing to me. They also don’t require much prep; all I needed today was my iPhone camera and a general idea of where to point the bike.

As I approached the bridge, an ABATE motorcycle group was gathering in the nearby park for a ride. One Harley fella told me he used to walk up into the bridge when he was in high school. He said kids used to be able to access the inside of the arches, in a hallway of sorts. “So…is it haunted?” I asked. He said people always talked about hearing screams at night. 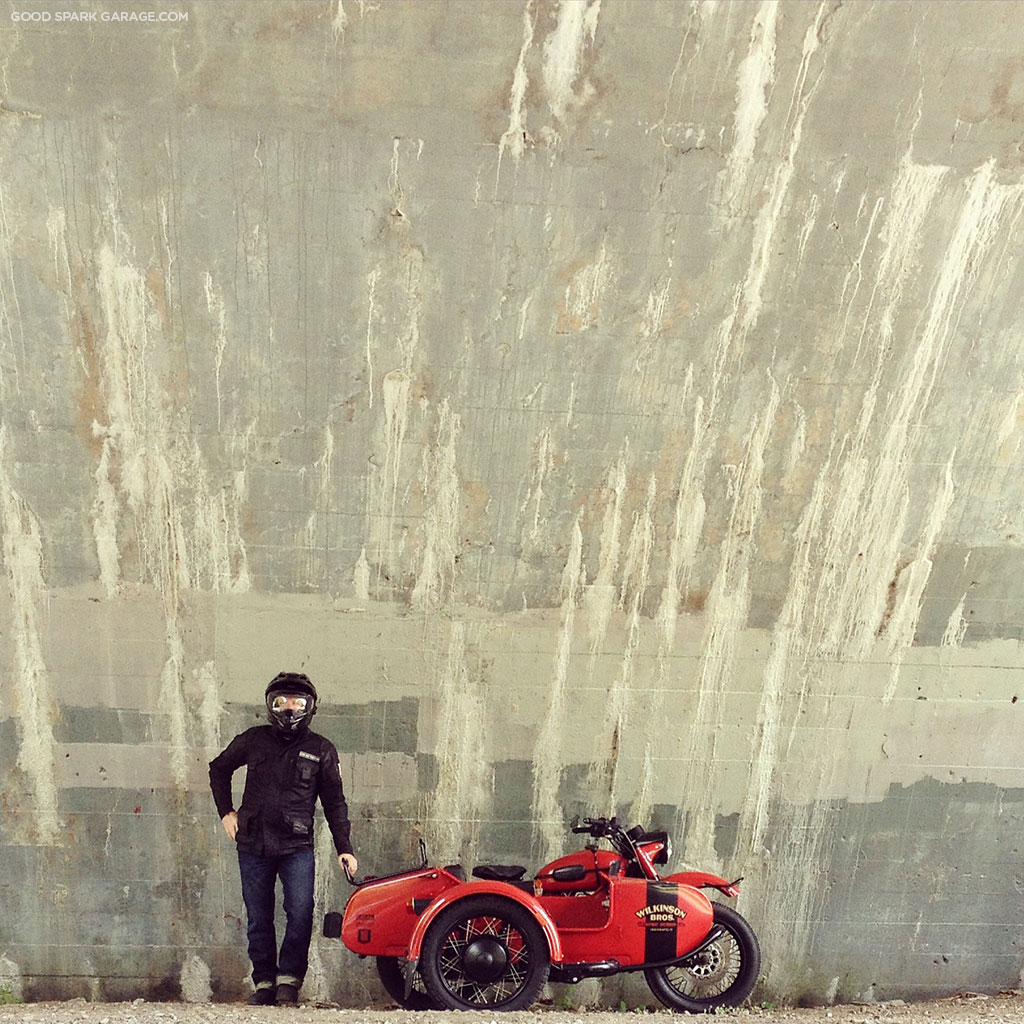 This hot, bright summer day wasn’t conducive to a spine-tingling, eerie setting, but it ain’t hard to envision what it’d be like at night. I imagined that the many cars driving through the east span were scurrying to get their passes done before the sun went down. 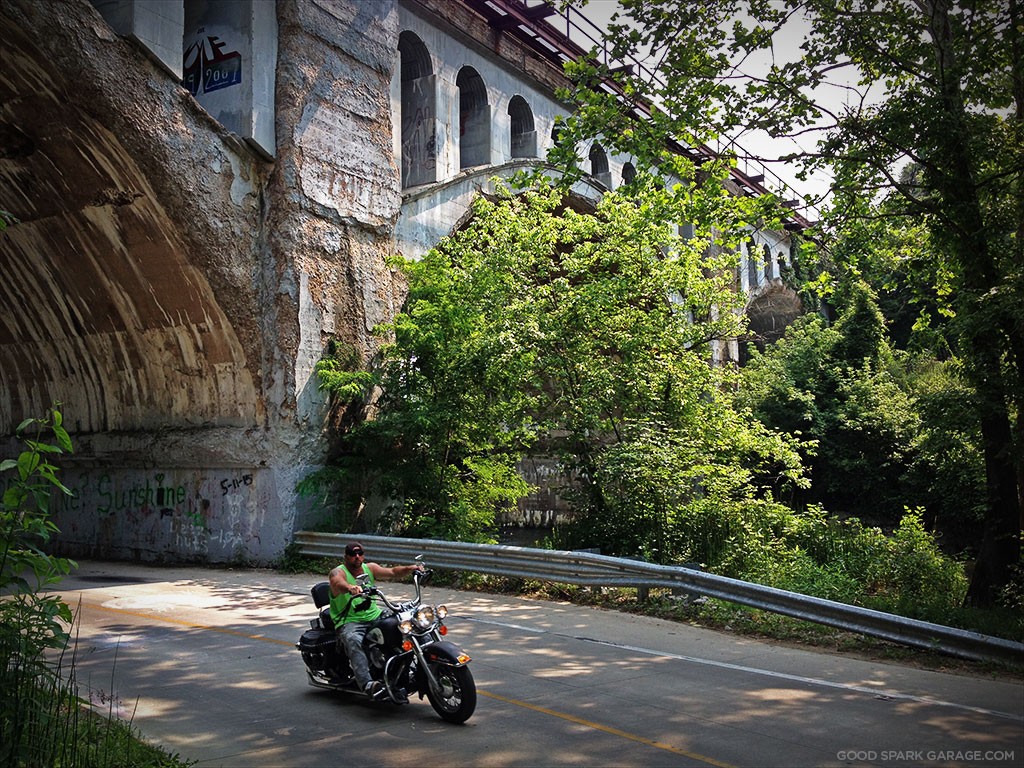 Built around 1907, this railroad bridge is still in use and the attempts at refinishing the concrete arches are visible in some areas. There are also some conflicting origins of why it’s haunted, but ain’t that the way old ghost stories go? There’s also another bridge on the same line with identical architecture, just west, near Danville, IN. Similar stories of tragedy are applied to that 1906 structure as well. 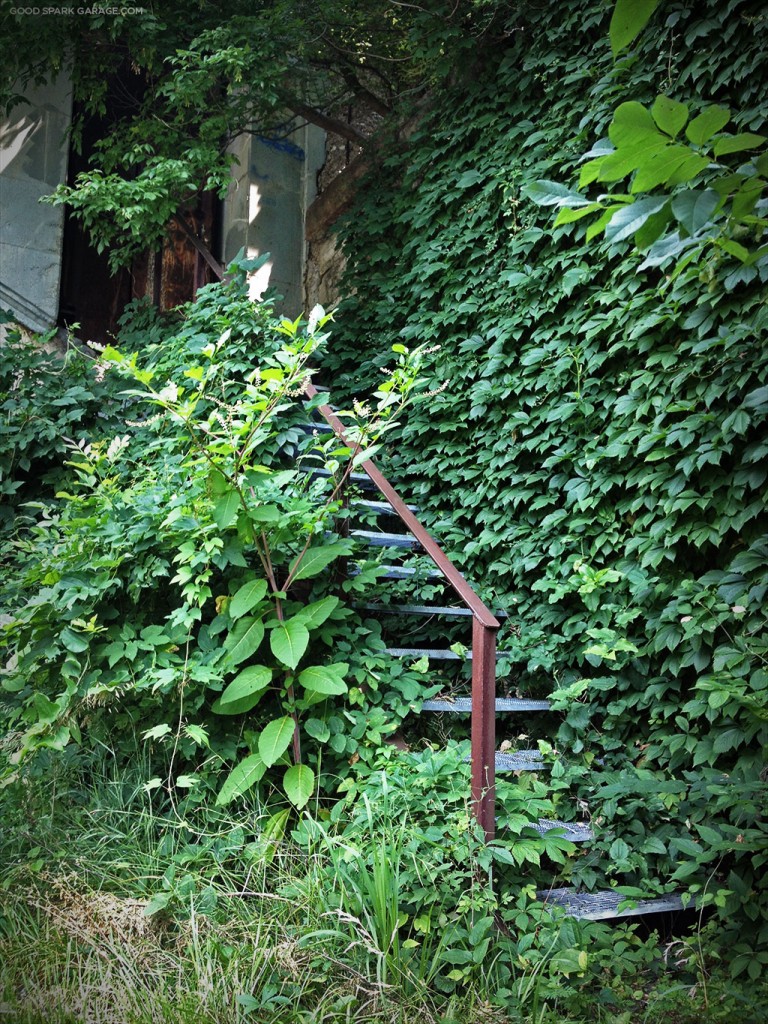 From the road, you might miss this metal staircase in Spring and Summer. It leads you to a landing outside a rusted steel door meant to keep people out. Graffiti and trash show that humans have figured out a way inside. 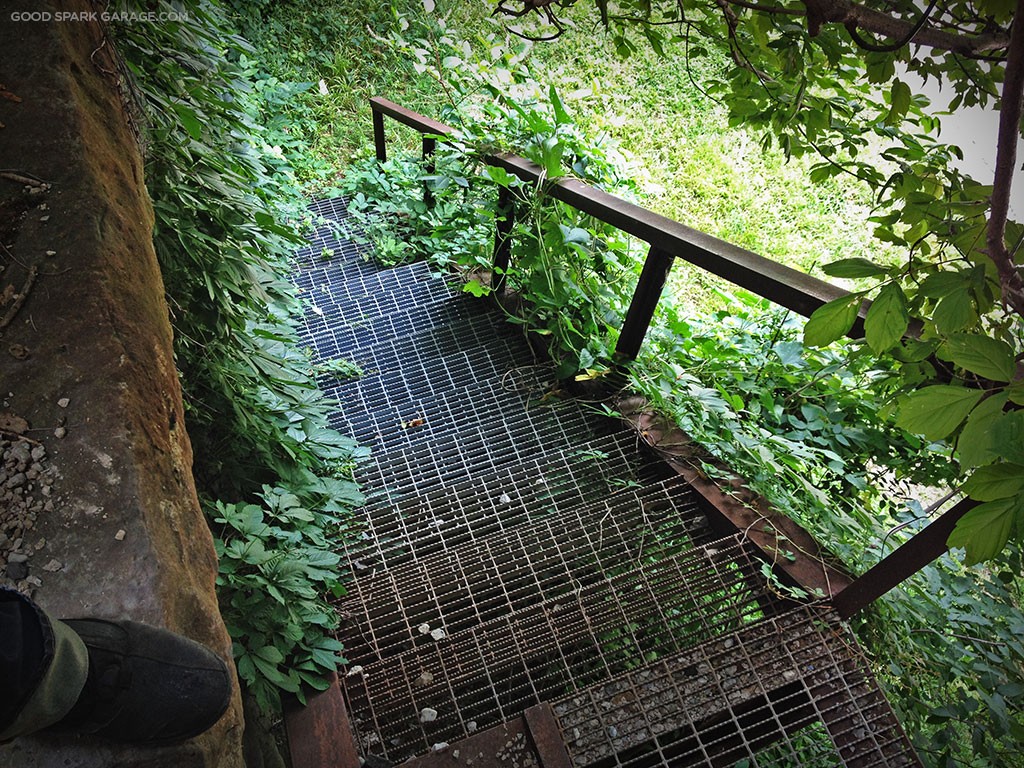 Below, this pic was taken through a 2×2 inch hole cut into a steel door like the one you see at the end of this “hall.” You can see another opening midway through, that would allow you to turn left and walk over the main span. 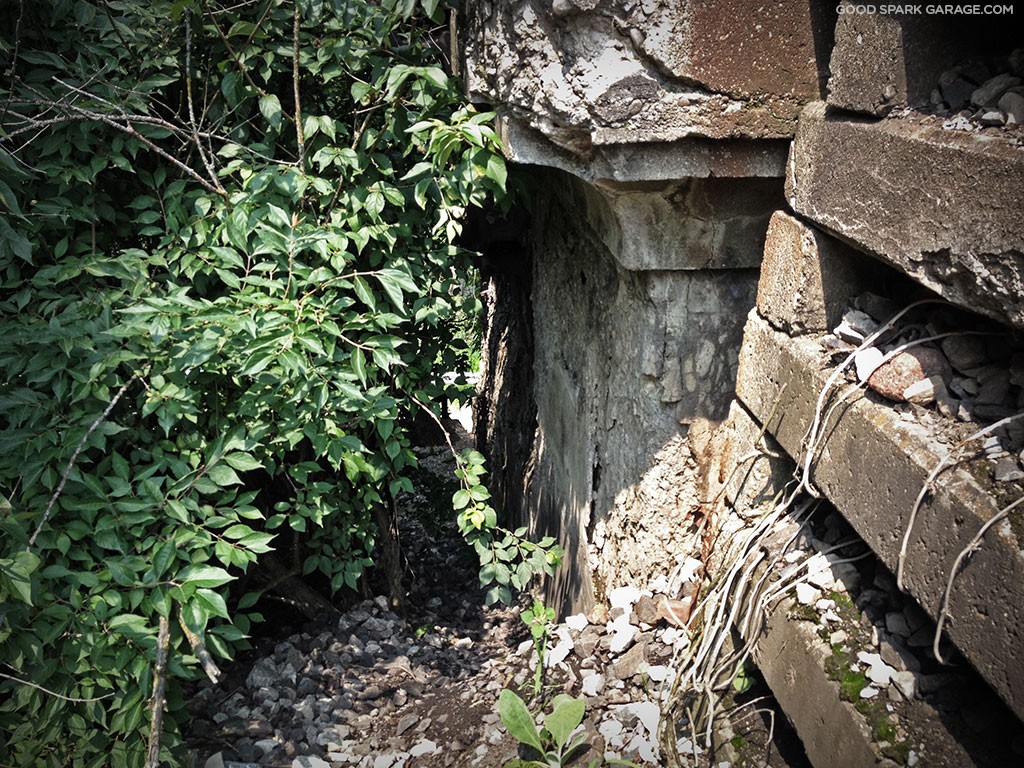 Signs warn not to climb up to the tracks, but this opening allows anyone willing to duck through some branches and climb loose gravel access to the top. It’s wide enough for two railroad lines that parallel each other and both sides have an extended metal walkway with railing. 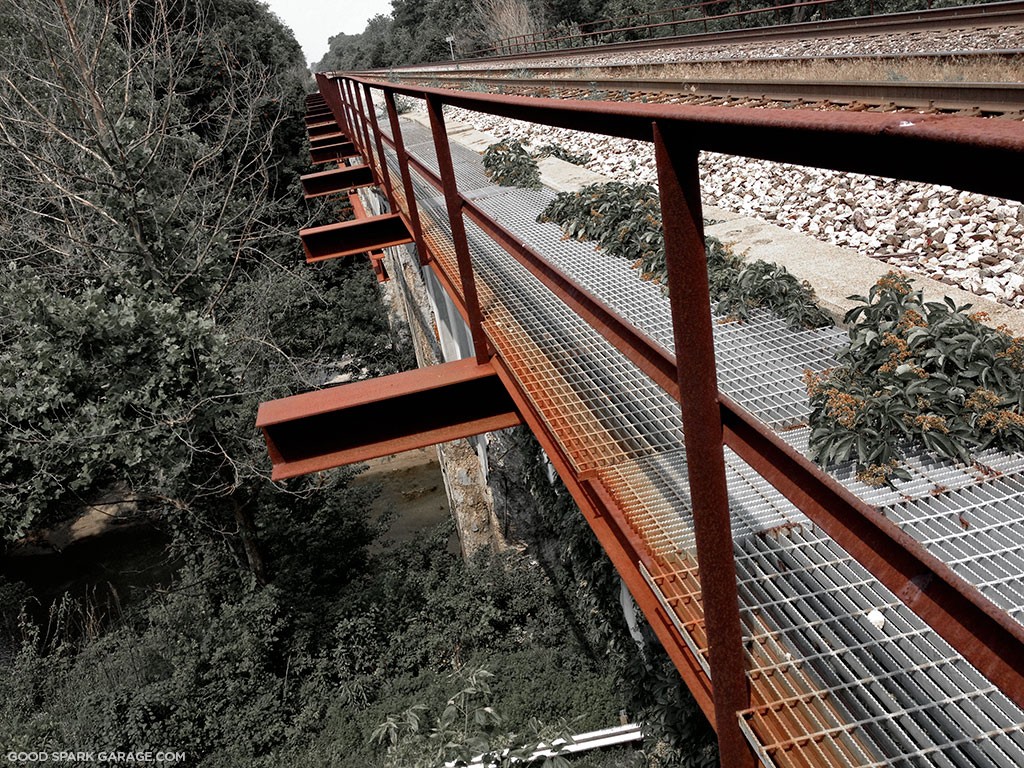 Alright, so what makes this place haunted? Other than its towering and tired appearance that would certainly look ominous when lit up by headlights at night, there is a history of tragic death here. In the late 1800s, a bridge that predated this massive structure was built over the creek. While it was being built, a worker fell into the concrete as it was being poured into the forms of one of the pylons.

Do you hear a thumping noise? Folks say if you can hear pounding over the trickle of the water below, it’s the sound of the worker banging the inside of the forms with his fists before being covered in concrete. 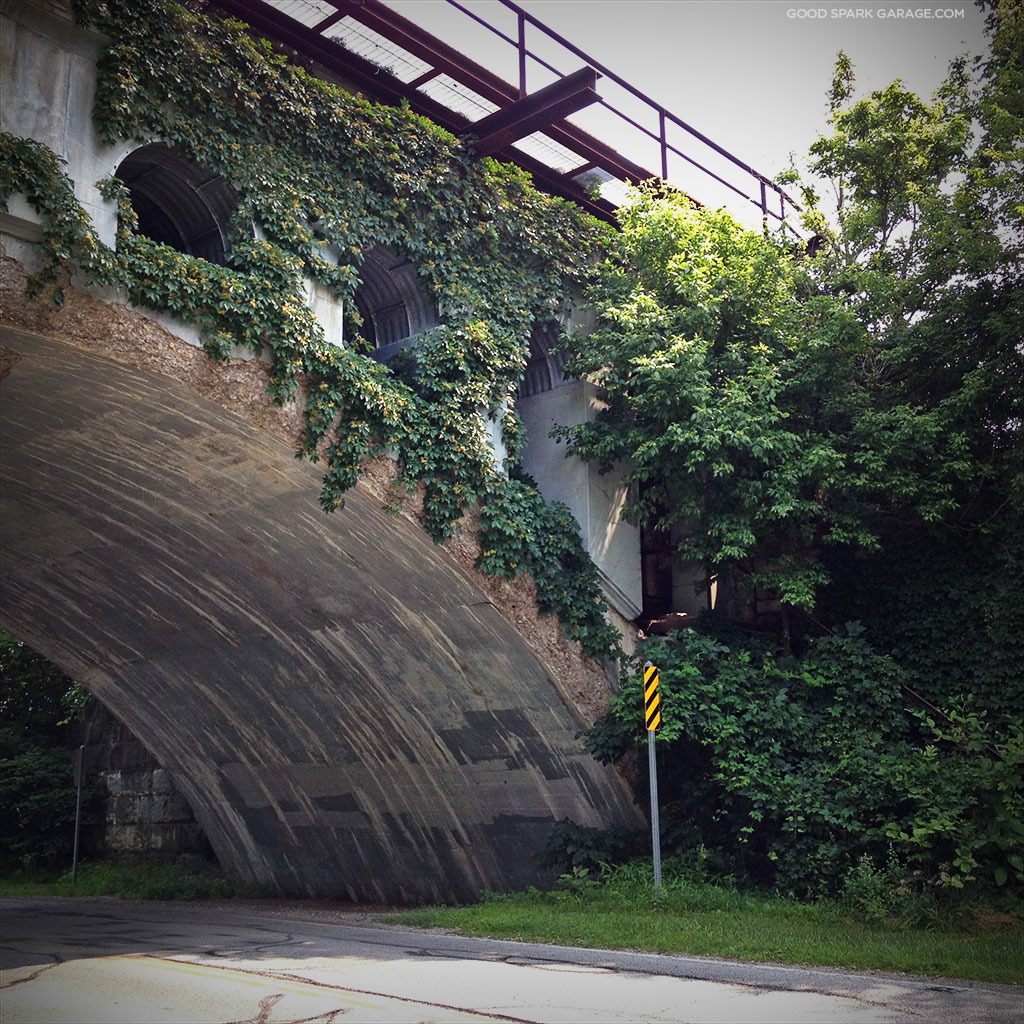 Wait…can you hear a woman’s scream? People swear they’ve heard it. At night, if the wind isn’t blowing heavily through the leaves and the water isn’t rushing, they say you might hear screams. Over a hundred years ago, legend says a mother was carrying her child across the bridge when a train came. Not having time to run across, she jumped to the rocky creek below. She survived, but the baby did not. They say she still mourns here, at the site of her loss. 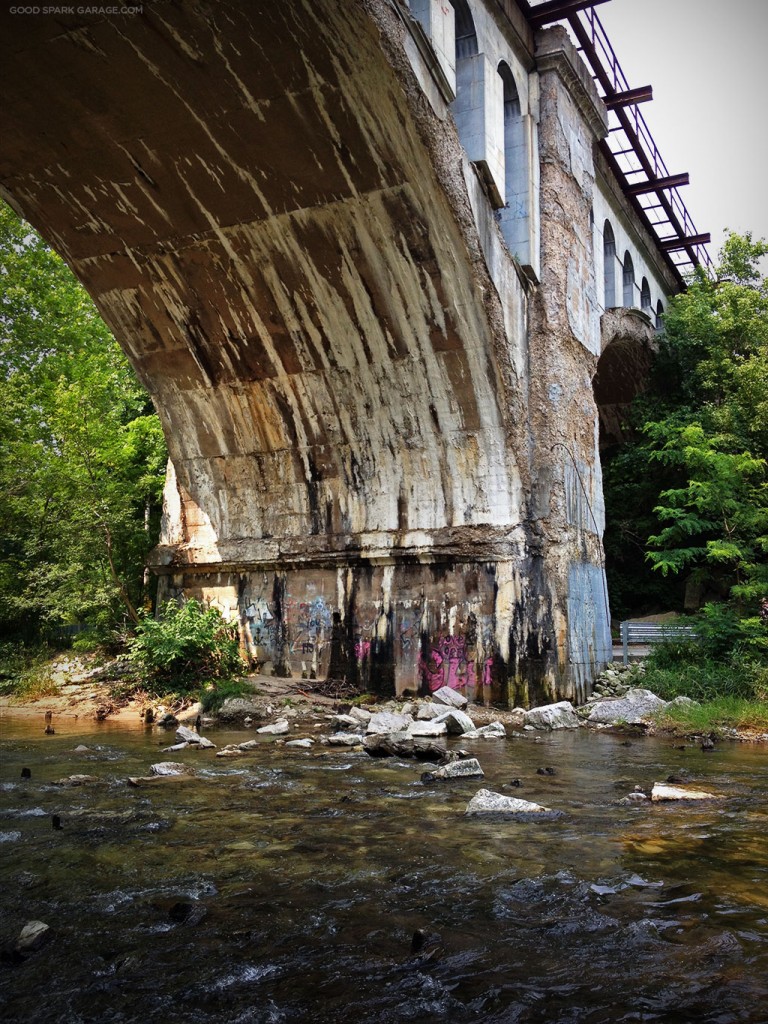 I’m sure there are more ghost stories that have been handed down from early generations in Avon. I don’t know what really happened at this site years ago, but wondering about it makes for an interesting and introspective walk around the ol’ railroad bridge after a relaxing motorcycle ride. What nearby, interesting sites can you ride to? 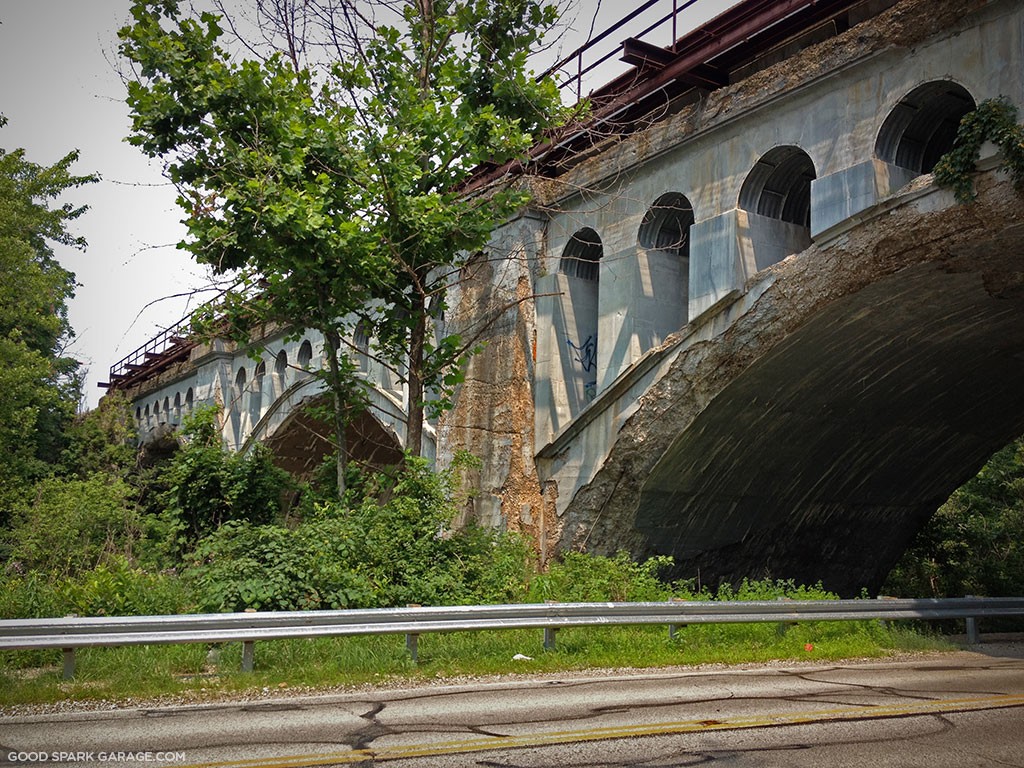 If you’re feeling like an eerie spooky night drive/ride, this haunted railroad bridge isn’t too far off the beaten path. Or, if you’re out and about in Central, Indiana on a sunny afternoon, this is a neat old relic to visit and it’s located right next to a nice park (Washington Township Park). Definitely a great backdrop for a photo! 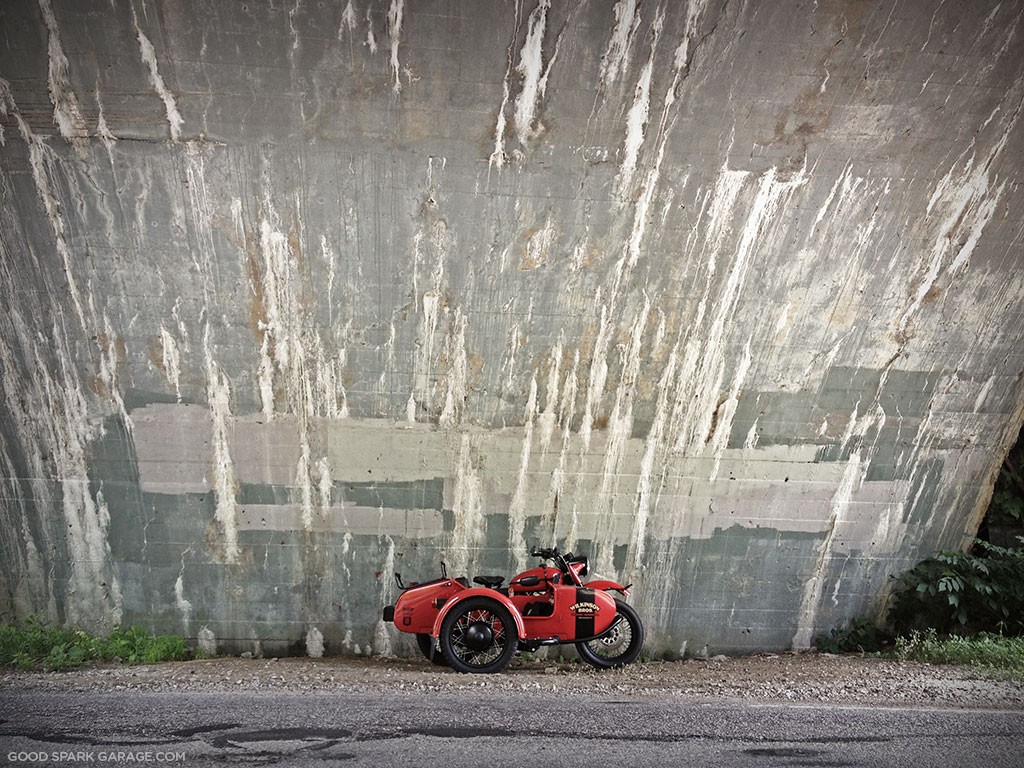 Thanks for tuning in! -Corey Wilkinson

Summertime with the sidecar. Green grass and plastic snow sleds. Playtime in the Midwest. This is…

Capturing the beauty and motion of motorcycles in miniature wooden sculptures is a tall order. But…