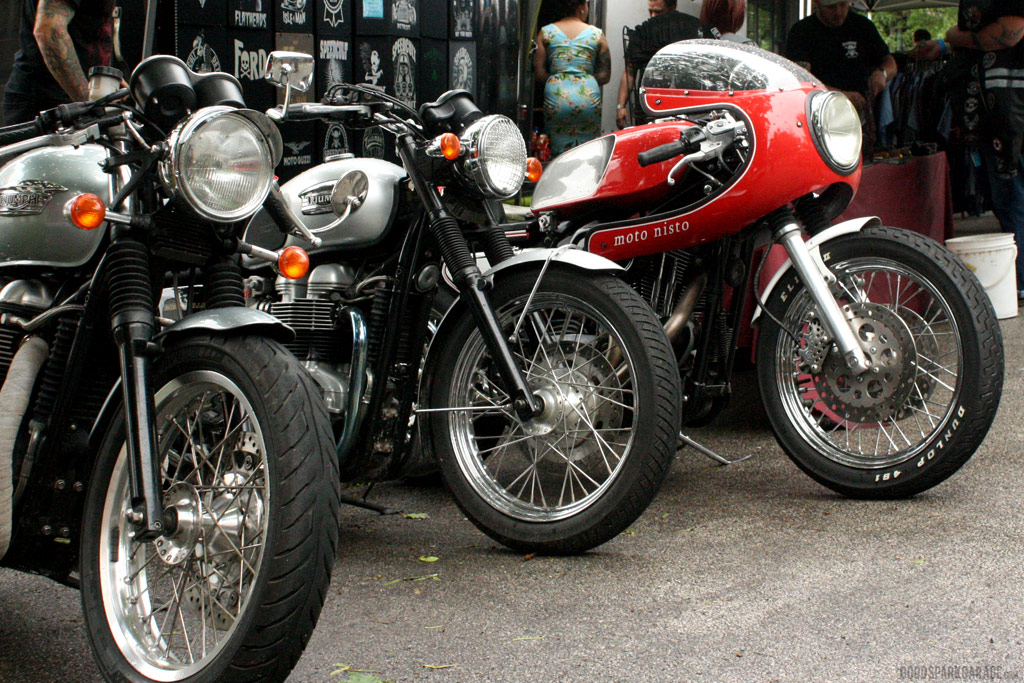 They said it was gonna be bigger and better. They said the entertainment was gonna be top notch. Man, did it rock. The guys at Steel Toe Press upped the ante this year at the 9th Annual Mods vs Rockers Chicago. Featuring the same great focus on vintage motorcycles and scooters, this was the first year at a new location that more comfortably and safely fit bikes, hot rods and vendors. More buzzworthy was the ability to offer an indoor and outdoor stage of killer bands at the historic Aragon Theater. If you missed it, check out this photo-feature to live vicariously through our lens… 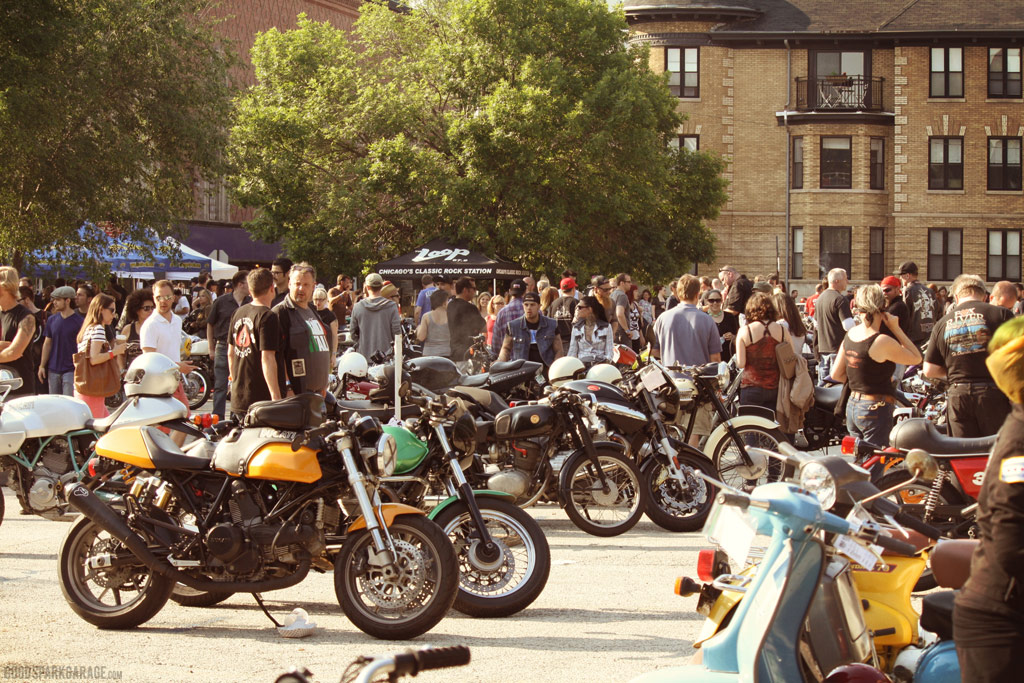 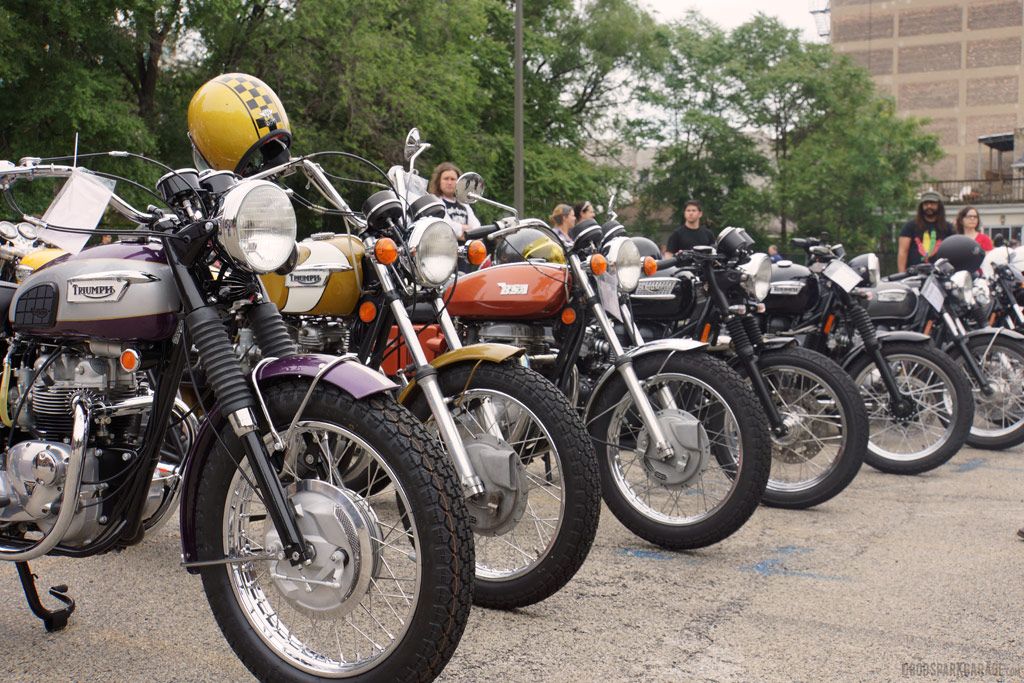 Triumph Motorcycles recognizes the value of this continually growing event and its legit cool-factor by becoming presenting sponsor for 2013. It’s neat to see a solid gathering of old and new Triumphs turn up as well as garage-built variations and shop-builds (like the Dime City Cycles and Iron & Air giveaway bike below). 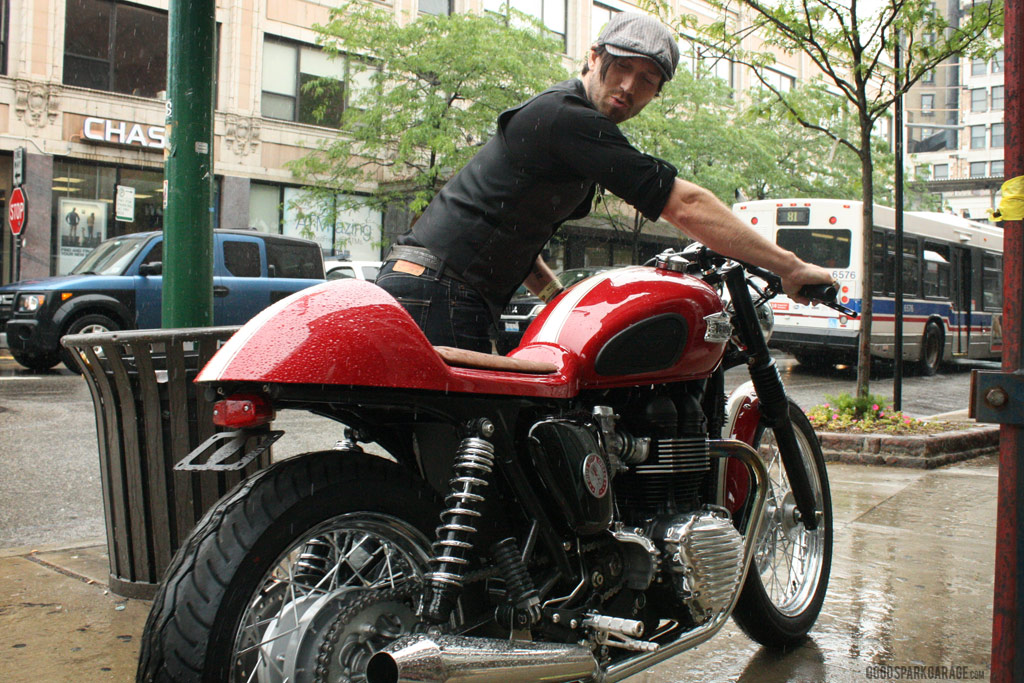 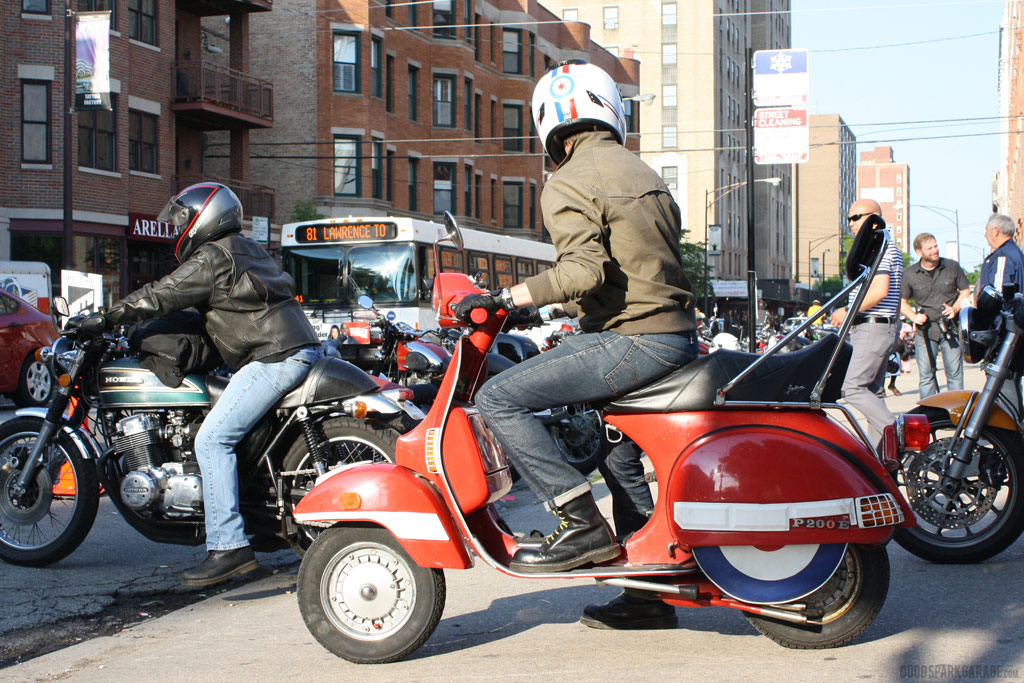 While the heart of MvR is its homage to the angst-ridden British youth of yore, the event brings out the Americana-laced rockabilly and hot rod crowd, including the pin-up gals and swing dancin’ couples. The people-watching is just as good as the bike-ogling. Attendees and organizers alike know this isn’t purely a London Ace Café crowd; it’s a Midwestern mix of bikeriders bent on rebellion with a nod to various 40s, 50s and 60s motorcycle subcultures. 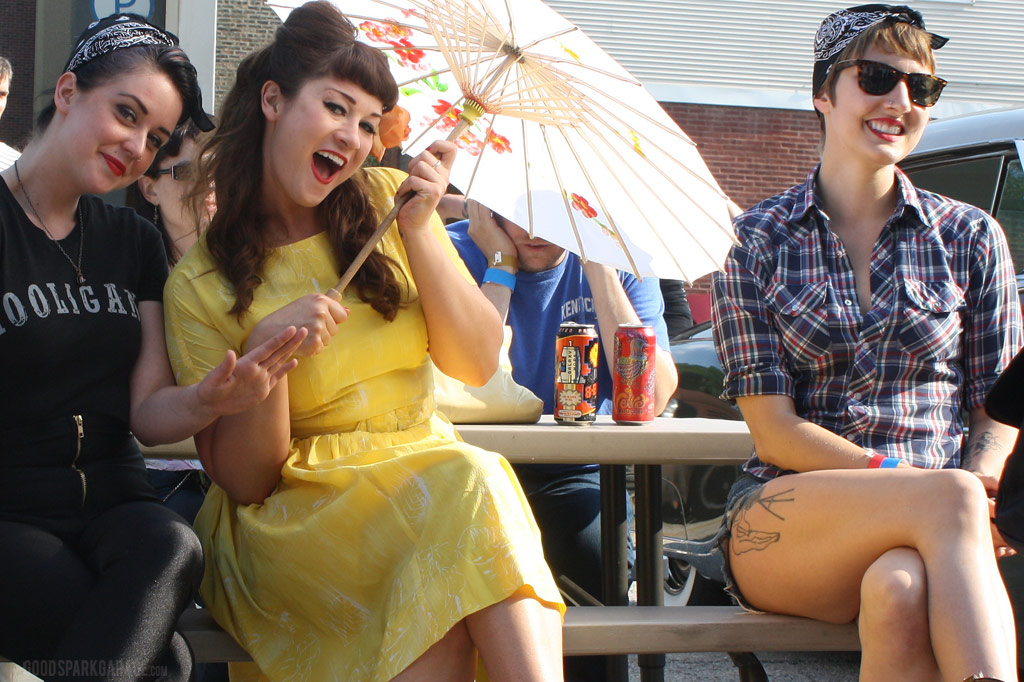 Saturday started off wet, with a steady I’m-here-to-stay kinda rain. We arrived early to check out the new venue; Fletch and Martin of Steel Toe Press were busy setting up cones and barrels and directing their team at various posts. The environment was undeniably better for off-street motorcycle parking and safer perusing than years before. One lot held the bike show and registration tent while an adjacent lot was set up for the outdoor bandstand, stunt show and car show. Vendors and food trucks lined the closed street between the two lots. 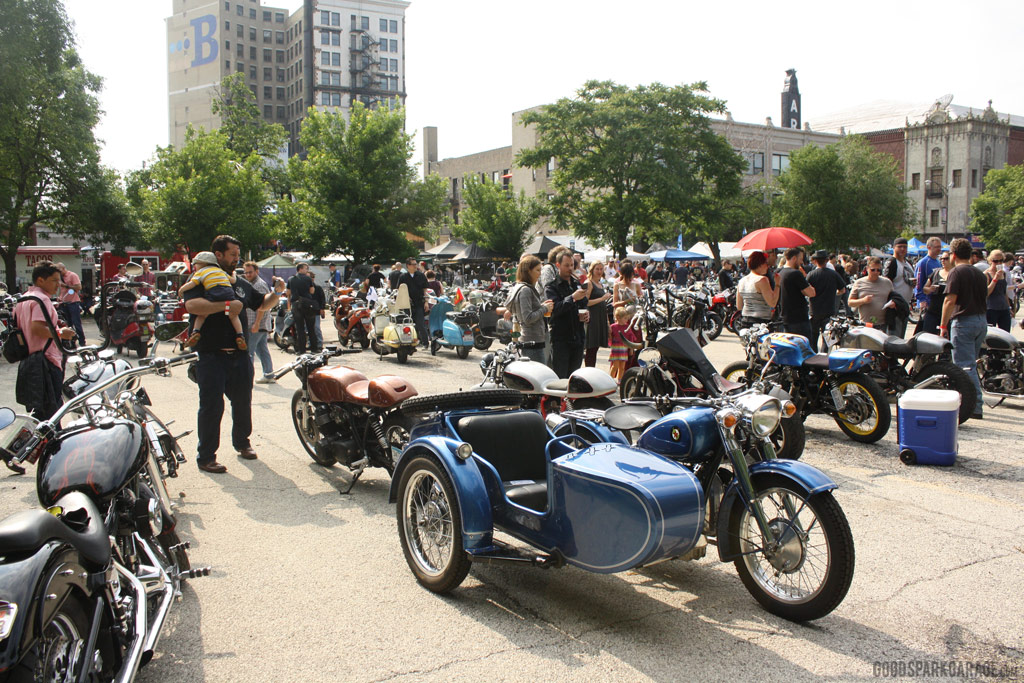 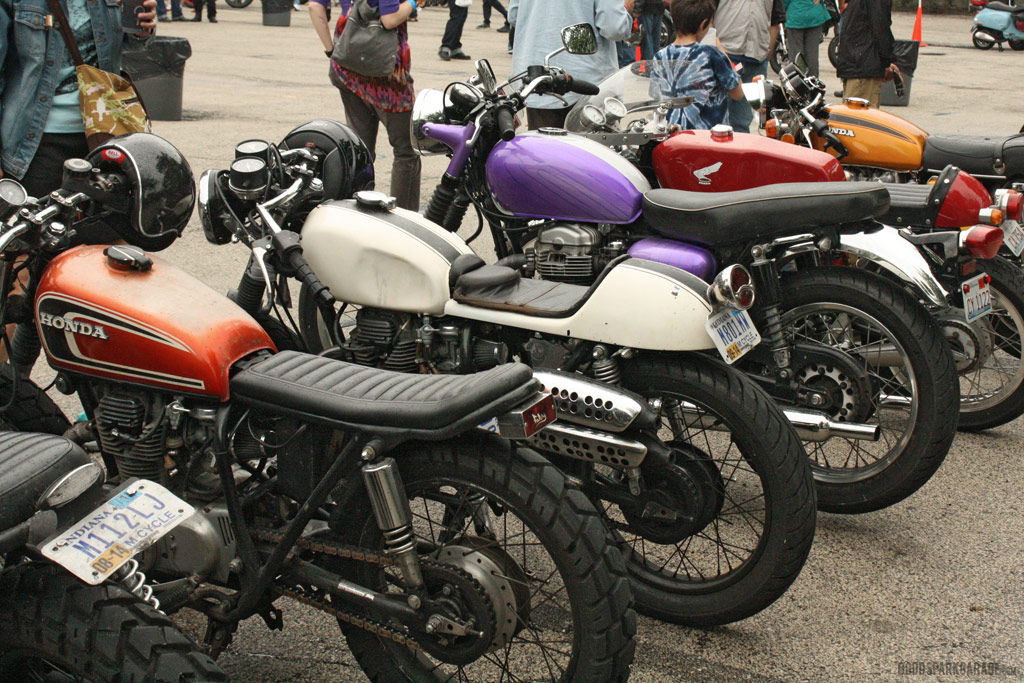 Motorcycles trickled in as the rain soaked lots of leather. But the skies soon cleared, creating an early-afternoon rush of bikes and scoots. The Spectro Oil Outdoor Rumble Stage filled the neighborhood with music, literally bouncing off buildings and entertaining el-train waiters above. A highlight for us was the authentic sound of the Sun Studios-inspired Million Dollar Quartet. Four guys performing as Elvis, Carl Perkins, Jerry Lee Lewis and Johnny Cash played a fantastic set of rock n’ roll along with the period-accurate and soothing sound of “Dyanne,” portrayed by singer/actor, Whitney Kraus Jones.

When six o’clock came around, the crowd migrated across Lawrence Ave to the Aragon Theater, where more vendors lined the halls leading up to the big ballroom. Sailor Jerry was set up inside offering free haircuts by Chicago’s own, Mario’s Barbershop. The ornate interior of the Aragon was impressive; mosaics and creative tilework emblazoned the walls, floors and ceilings. A huge double staircase leads you up to the massive wooden floor where the stage is a good walk away. Lee Rocker and the Supersuckers got the joint jumpin’, followed by JD McPherson’s powerful, raw R&B-flavored rock. His “Northside Gal” earned some well-deserved hoots and hollers from the Chicago crowd.

We made our way up to the balcony seating to get a birds-eye view of the night’s crescendo, The Reverend Horton Heat. These guys know how to entertain, opening up their set with the fast-paced and mental, “Psychobilly Freakout.” They kept the surf-rockabillly-punk mo’ going full-tilt to the end.

We’re not sure what’s next for Mods vs Rockers in 2014, but you can bet we’ll keep it tuned to ModsVsRockersChicago.com to find out. We’ve been proud sponsors and supporters for years, with much appreciation to the guys at Steel Toe Press for putting on a motorcycle-centric weekend of fun. The event goes well beyond just bikes; it builds upon the nostalgia and culture created by rebellious and blue-collar motorcyclists who used fast motorcycles and rock n’ roll to escape the monotony of the masses. We can get behind that.

Will you be there next year? Well, here are even more pics to tempt you…and there are tons more in our Facebook gallery. 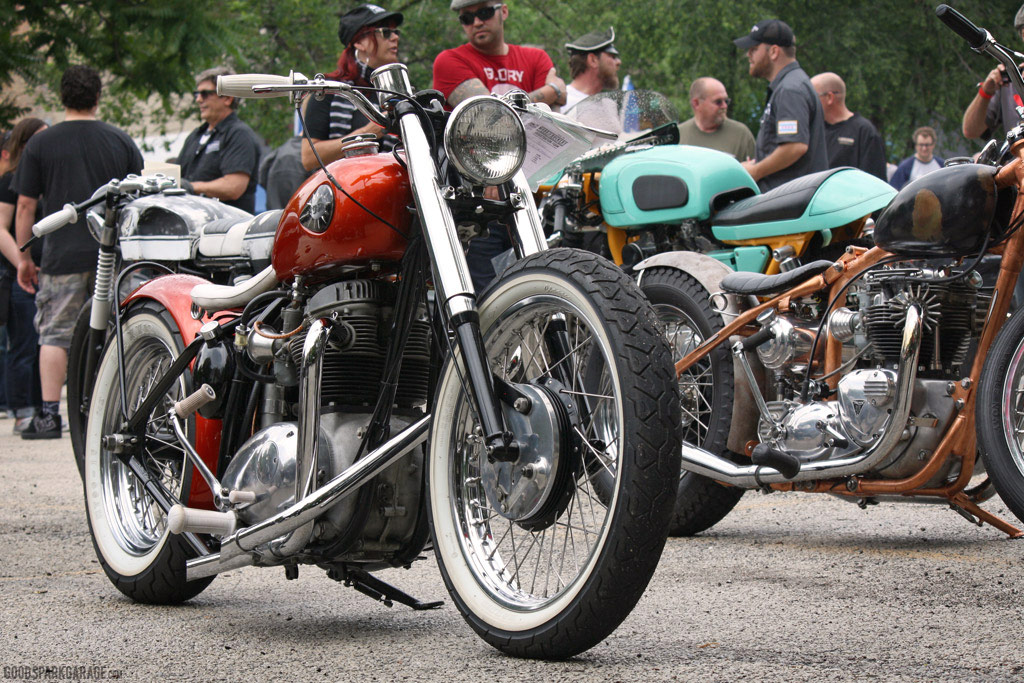 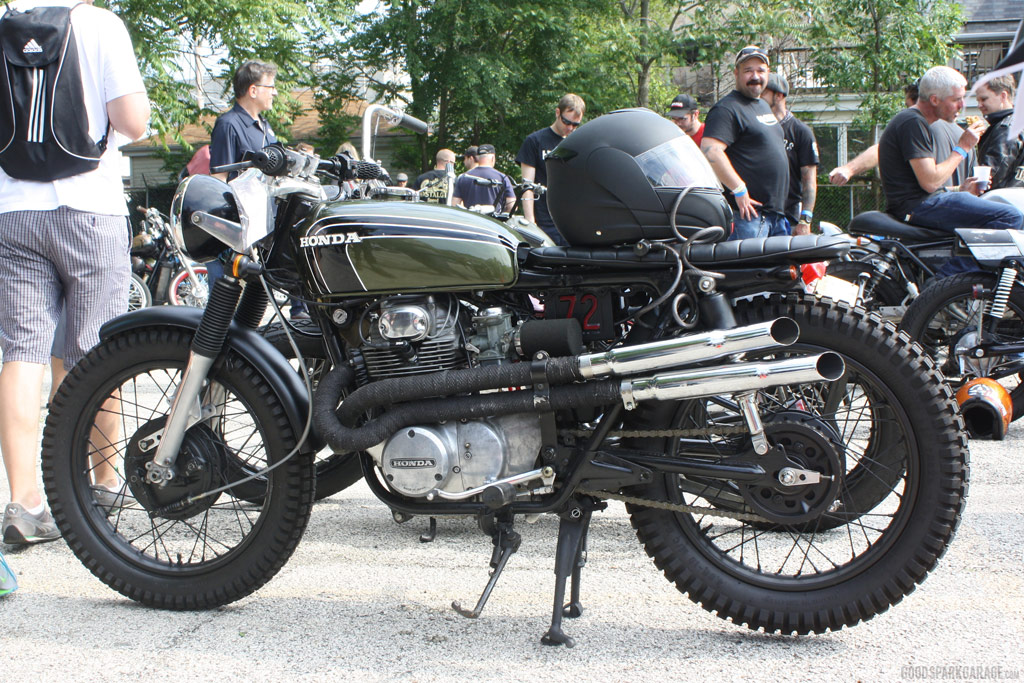 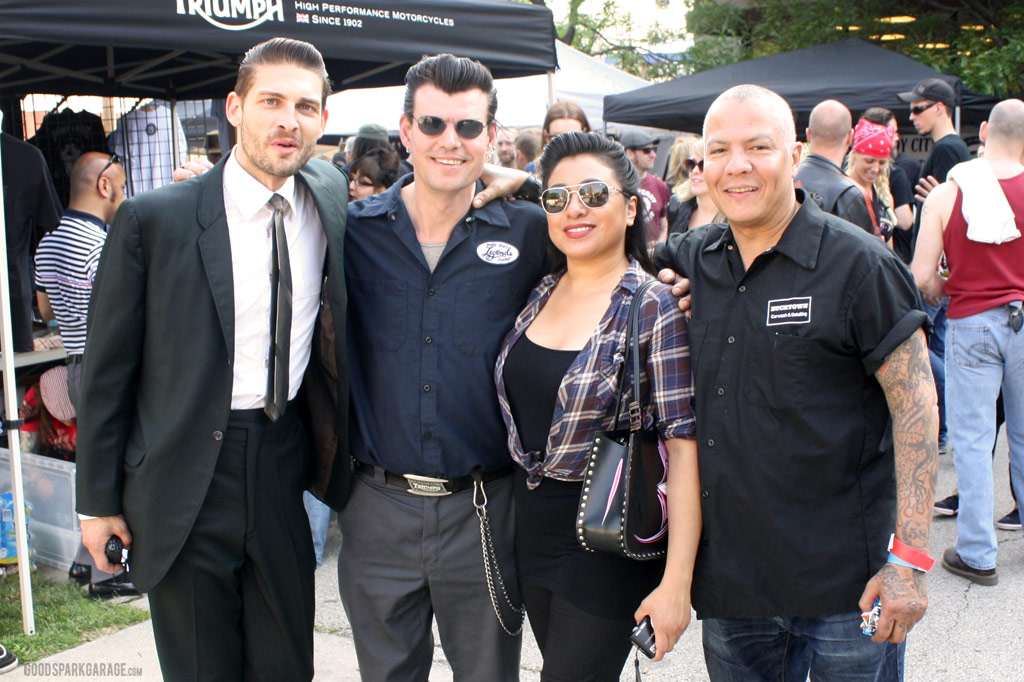 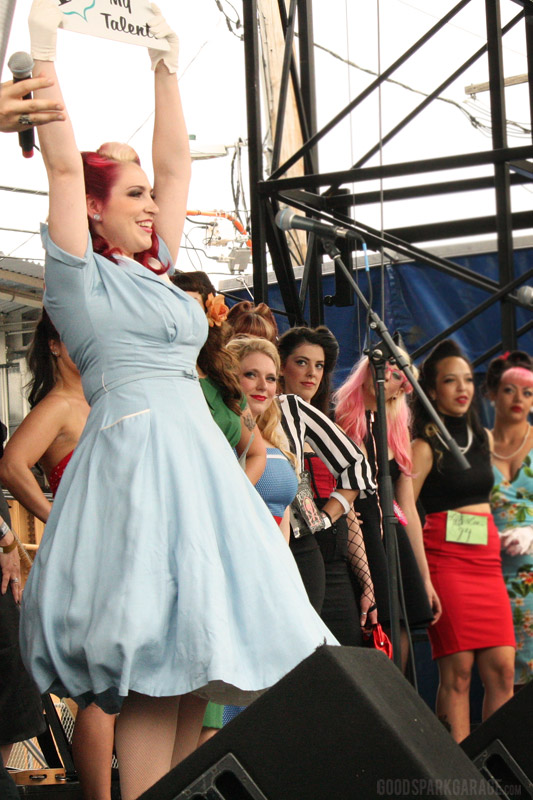 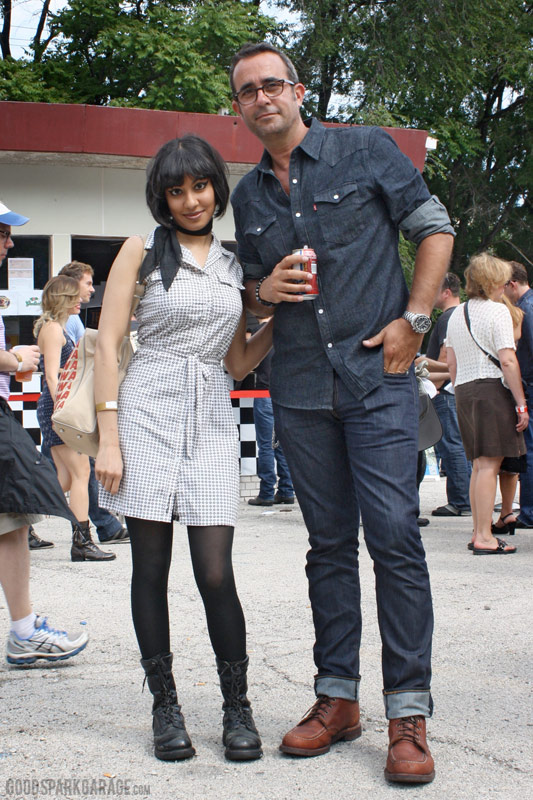 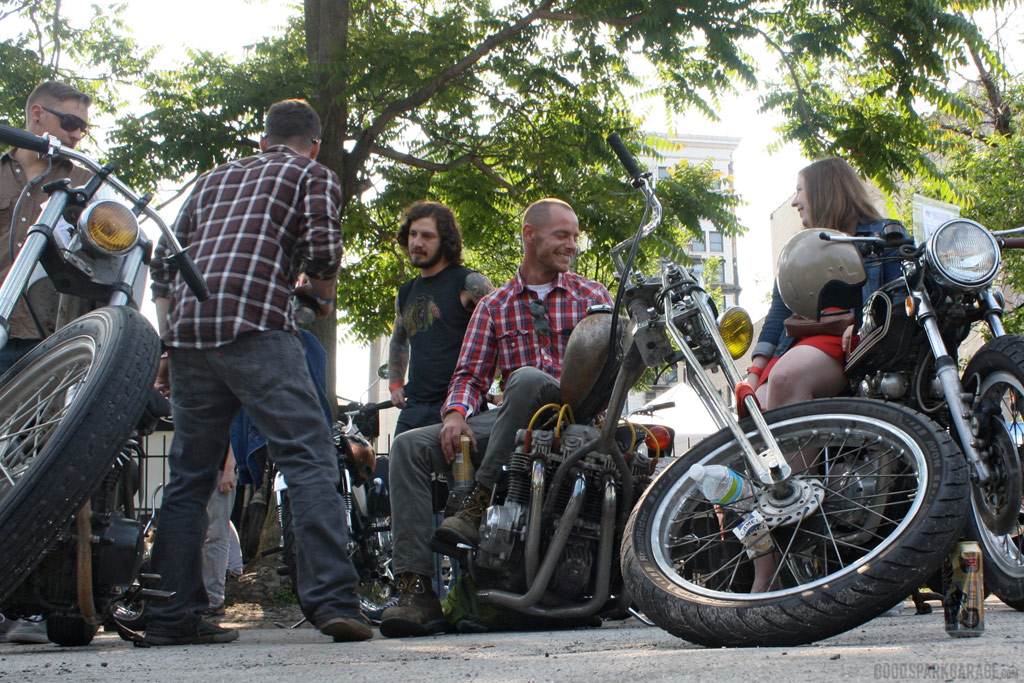 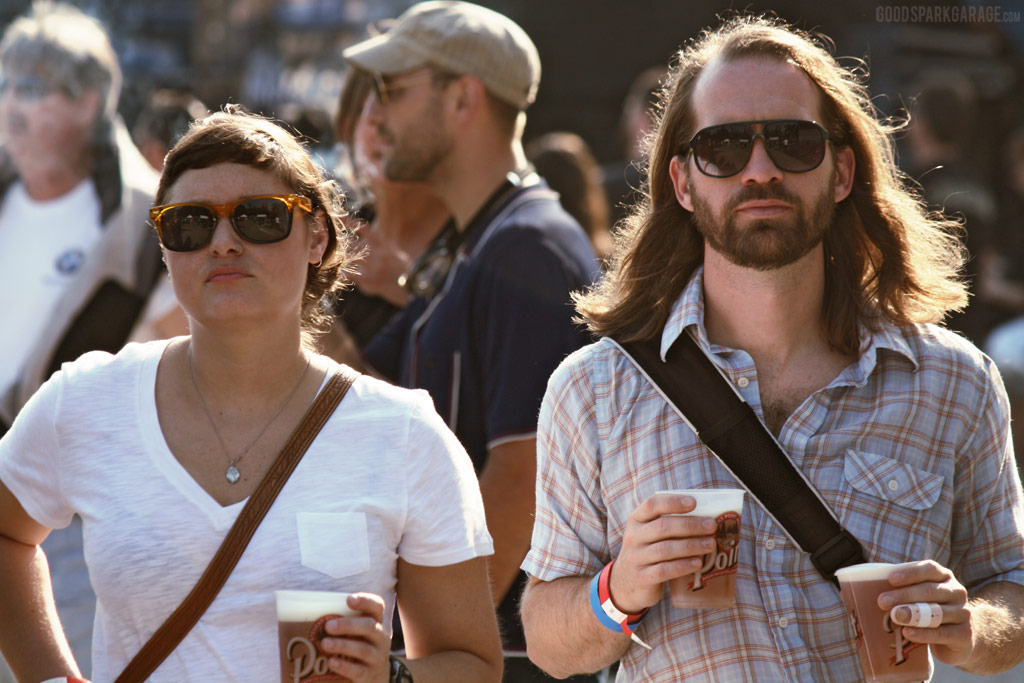 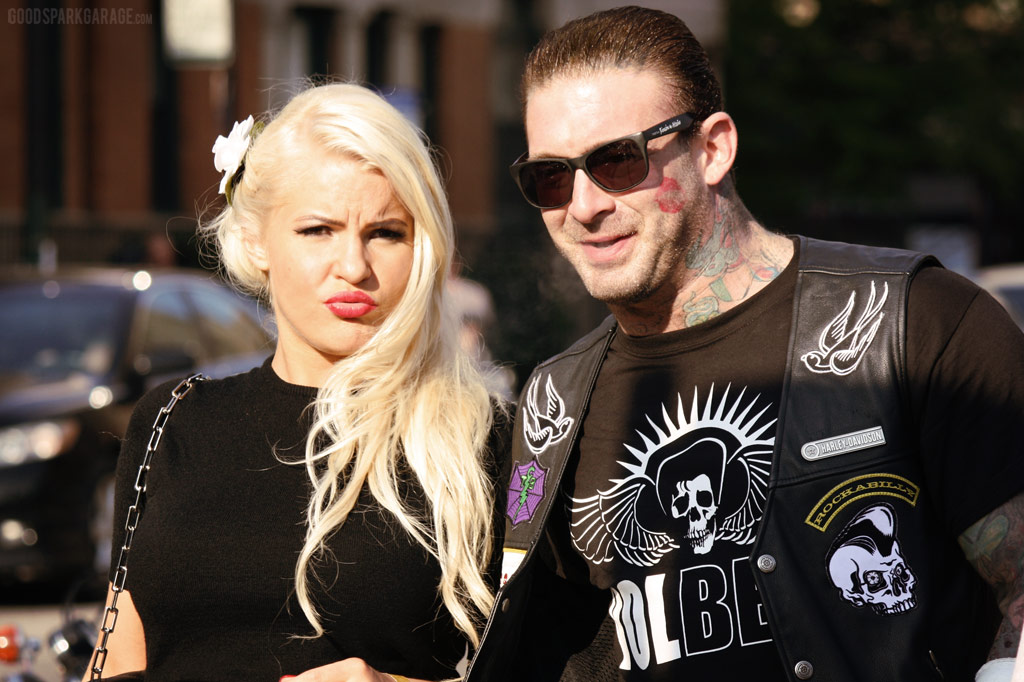 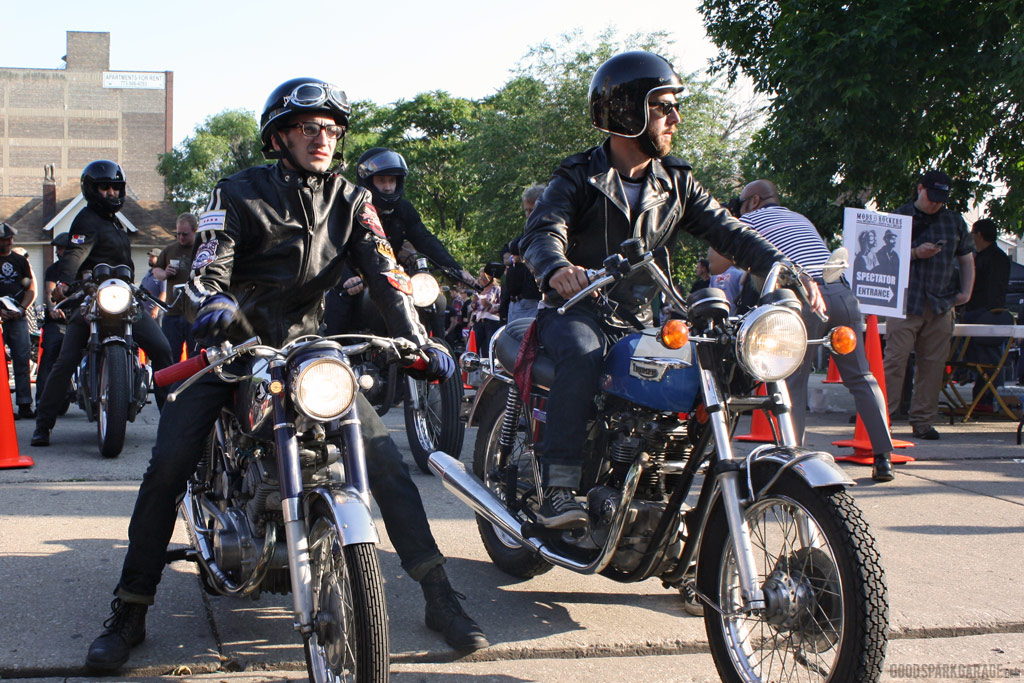 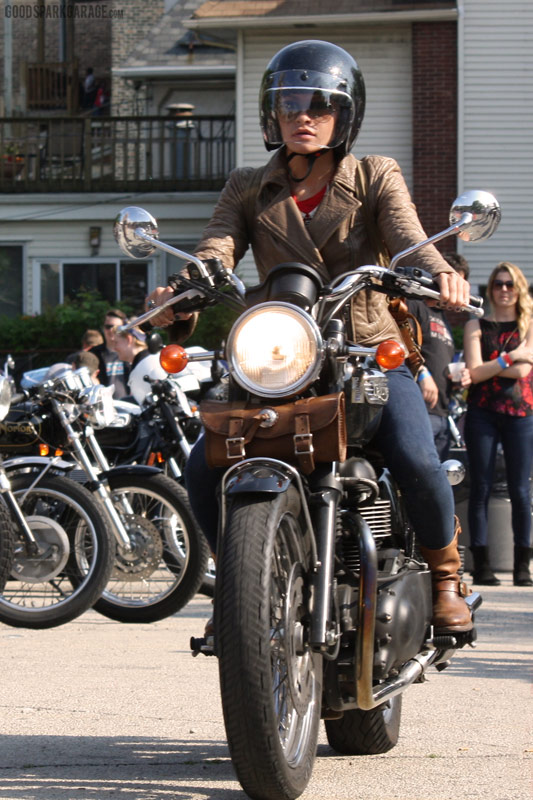 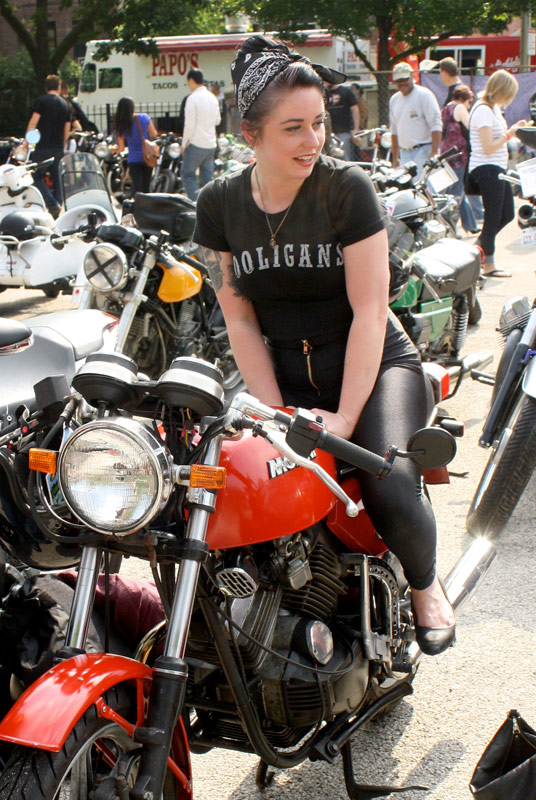 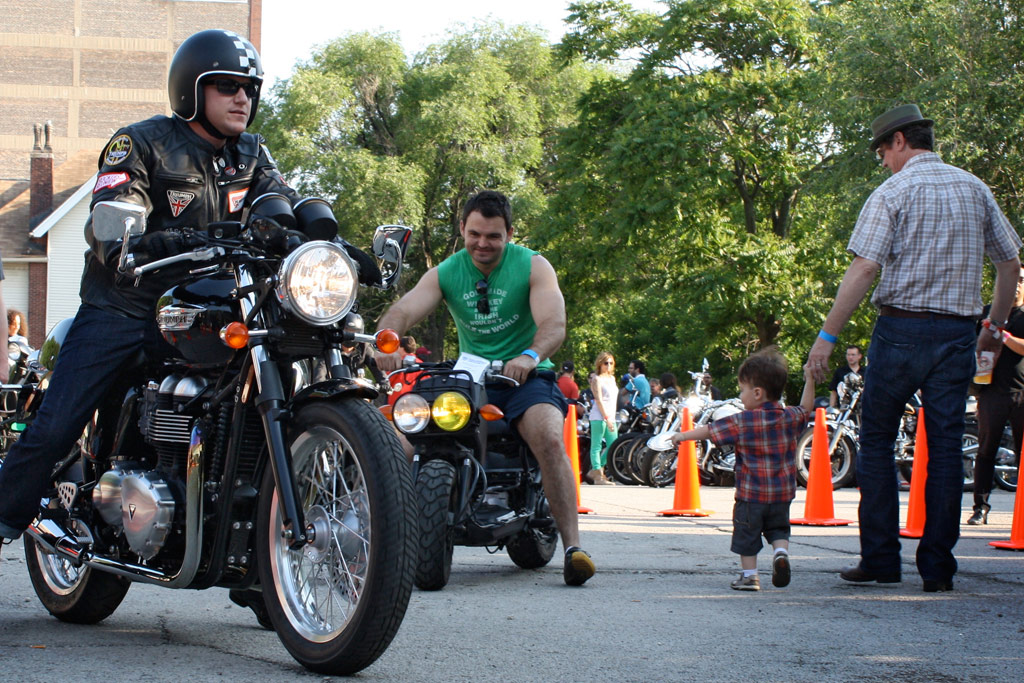 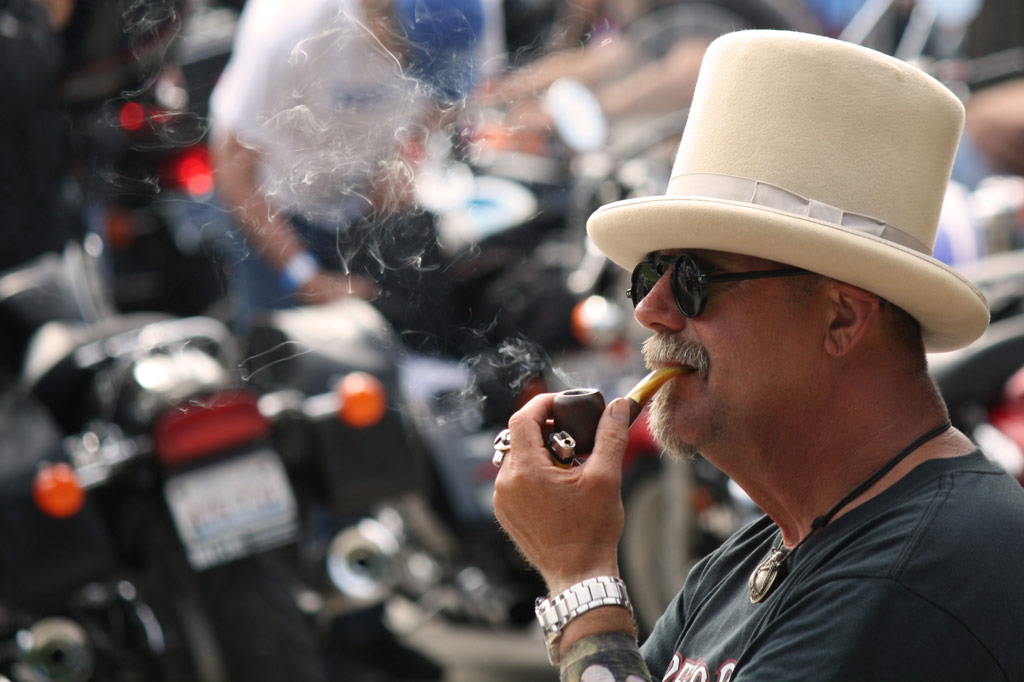 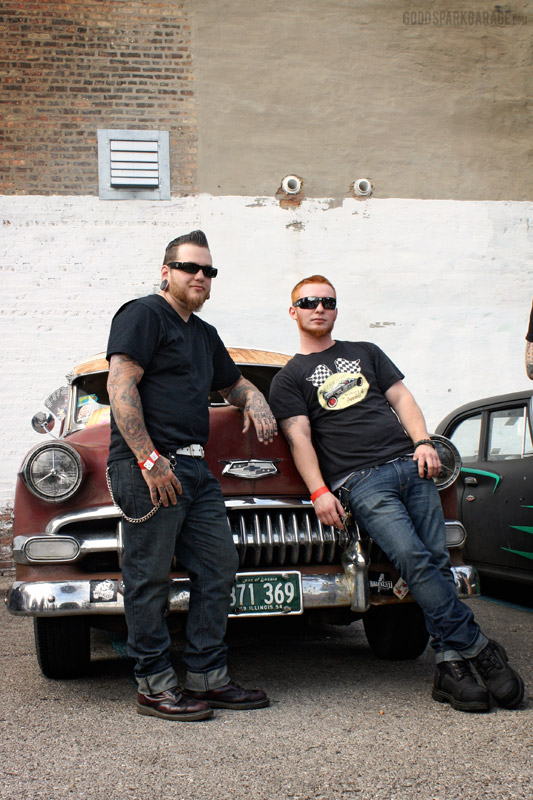 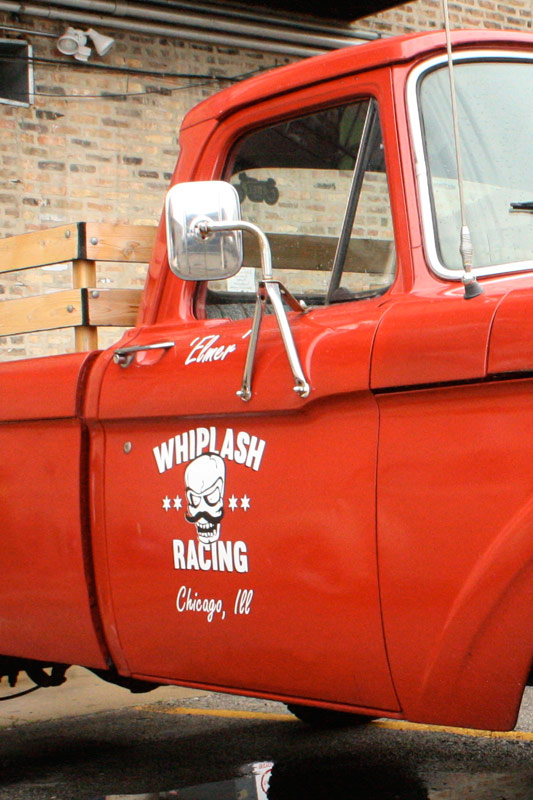 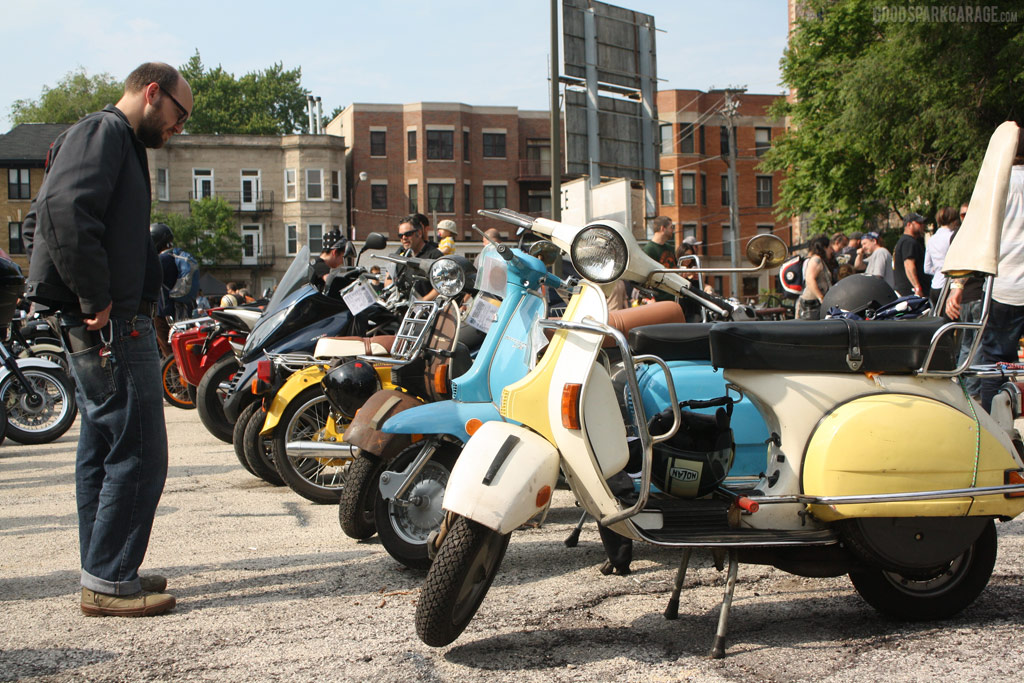 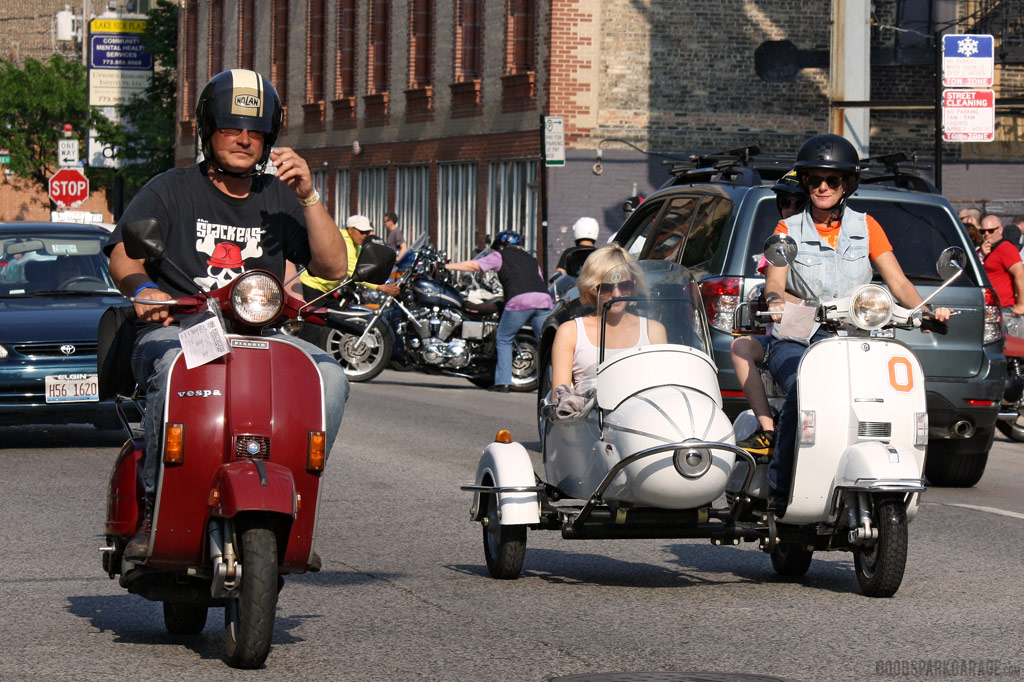 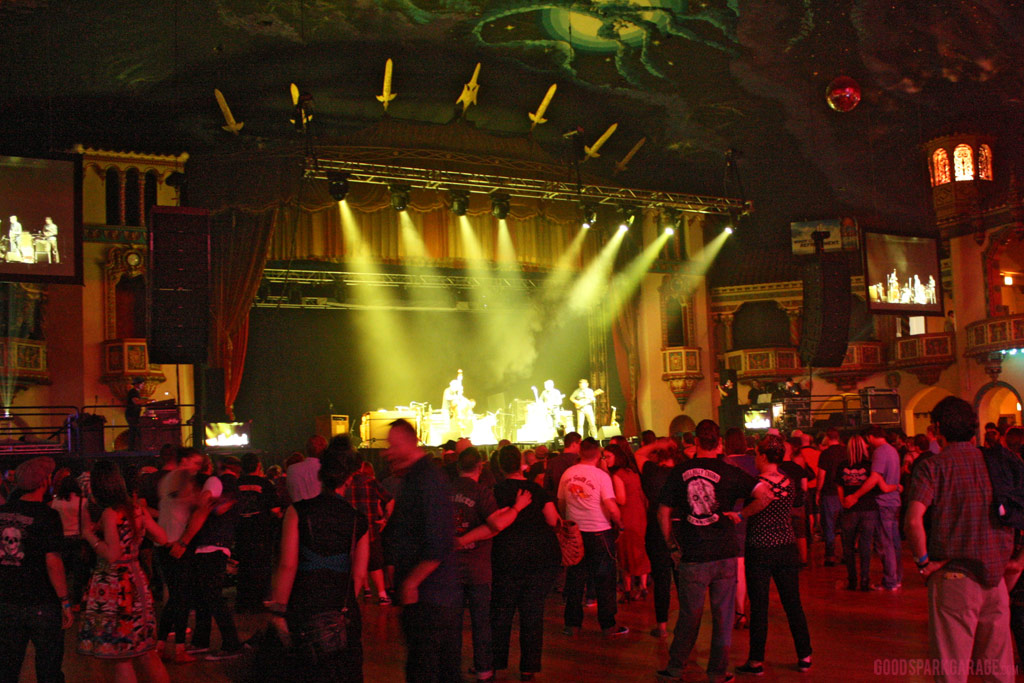 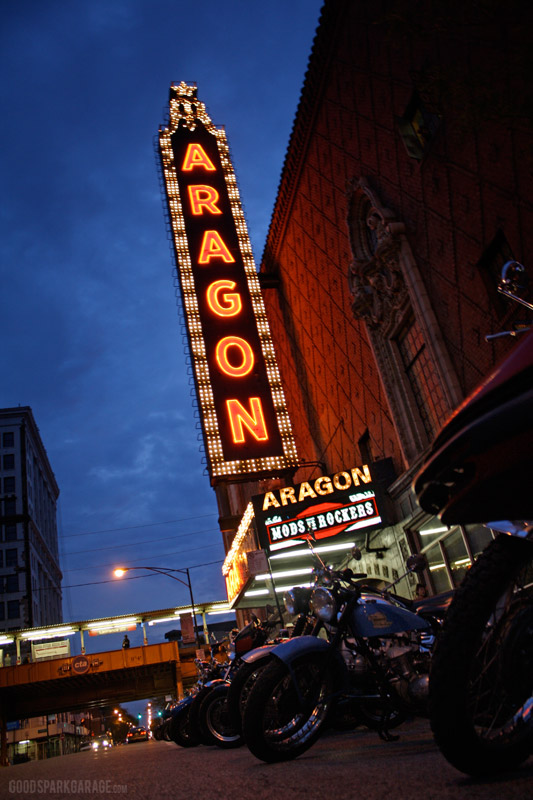 Here's a behind-the-scenes look at a mural for the Wilkinson Bros design studio (video below), featuring…