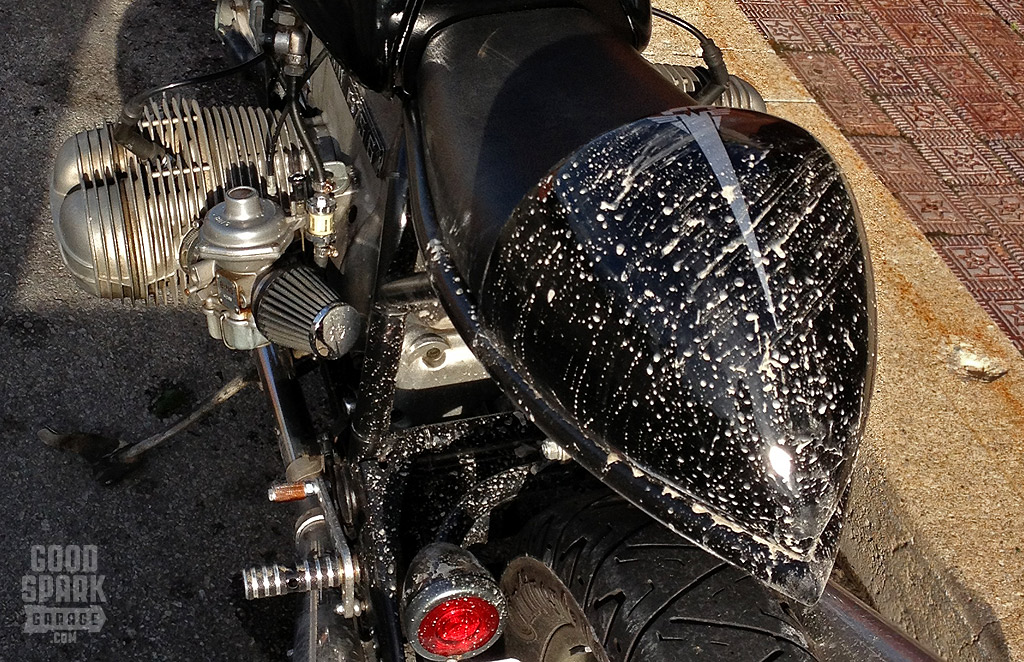 Soaking in a torrential downpour, we rode the Ural sidecar and BMW cafe racer toward a vintage motorcycle event about 45 minutes north. We were thinking the attendance may suffer due to the blackening sky and big fat drops of rain pooling in the low spots. But, we were committed to the ride, had donned the mostly-effective rain gear and set off…not knowing the event had been cancelled. 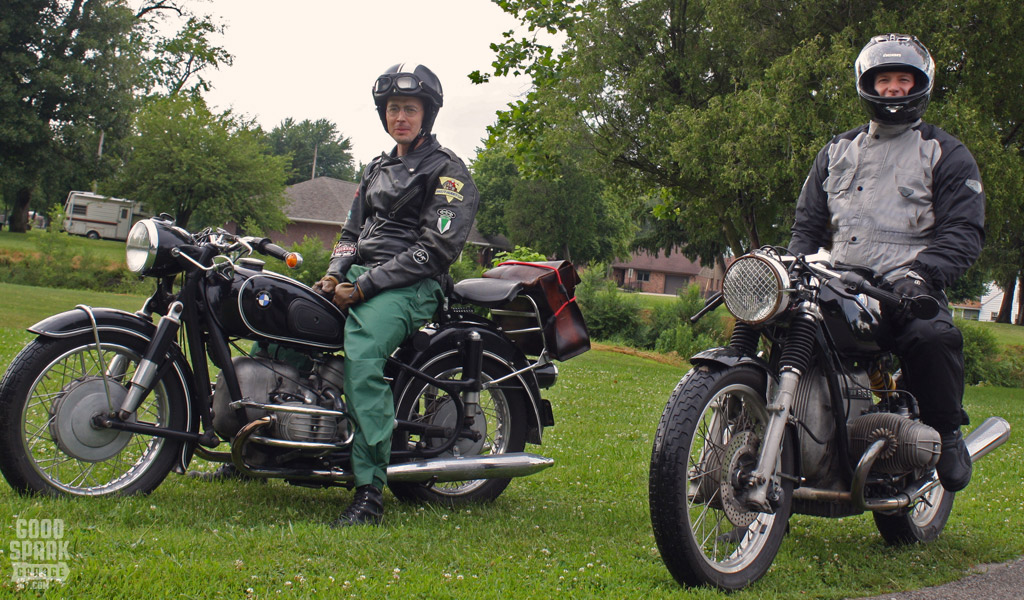 Upon our arrival, we were greeted with handshakes and hellos and given the rescheduled date for the event. It’s okay, we’d just chalk this up as a rainy adventure. Heck, we hadn’t had a good water-down-yer-neck kinda ride in awhile. Honestly, it does break the monotony of hot summer riding. As we were about to head back, our friend Chris showed up on his Slash 2. He, too, left home on a rain-or-shine mission. Having to turn back around, he came along with us to refuel and regroup.

We rode five minutes down the road and decided to enjoy some brazier foods (small Indiana towns always seem to have a Dairy Queen on the main drag). By the time we finished dinner, the rain had stopped. Instead of bee-lining home, we figured out a route that would allow us all to ride together for as long as possible before each of us had to split off. 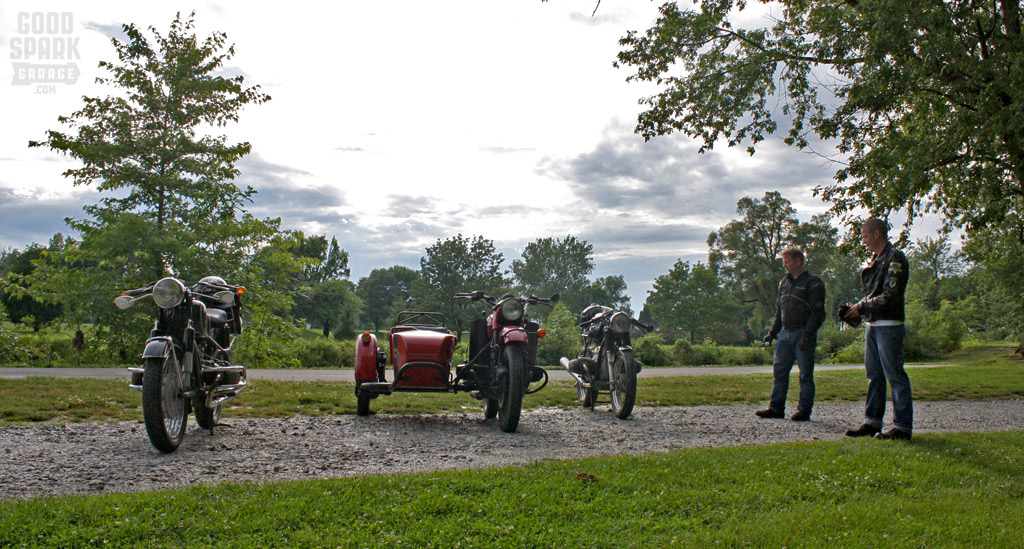 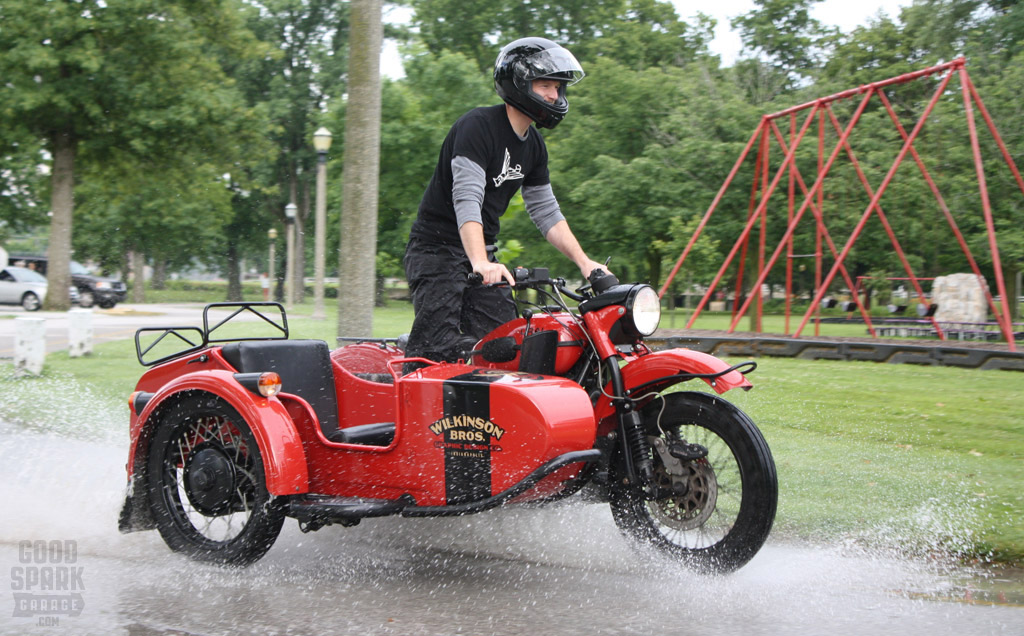 We pulled into a park for a group pic since fate, and the fact that we were all readying our motorcycles for a trip instead of monitoring social media to learn that an event was cancelled, had brought us together. We also found more shallow bodies of water to knife through and goof off in. It’s one of those times where you figure your bike is already a complete mess, why avoid those grey puddles of gravel-water? Thankfully, none were hiding any wicked potholes. 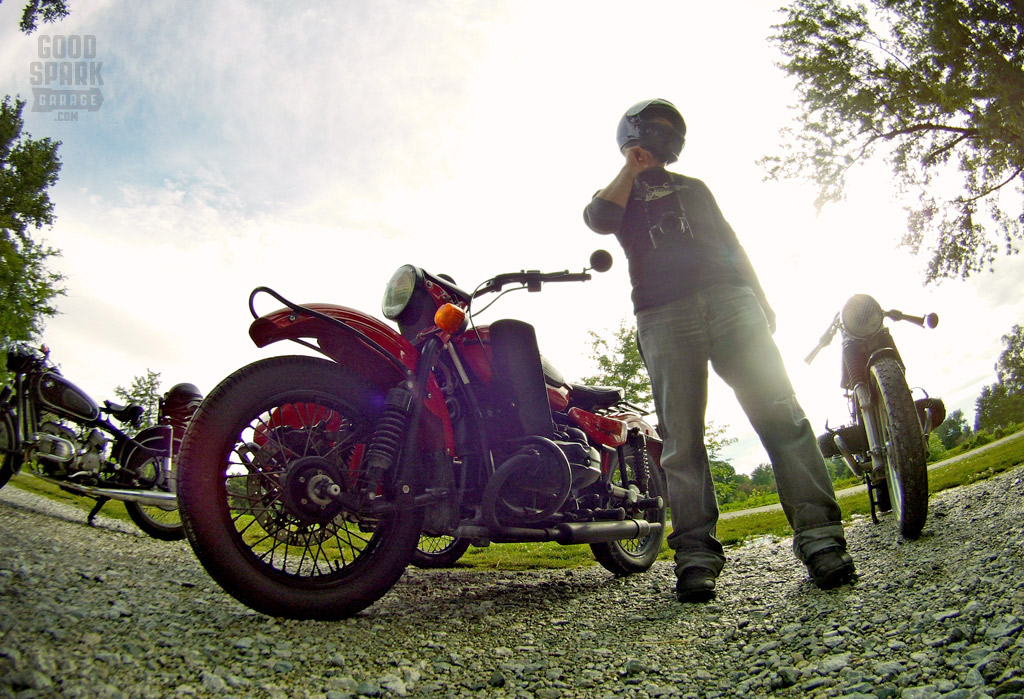 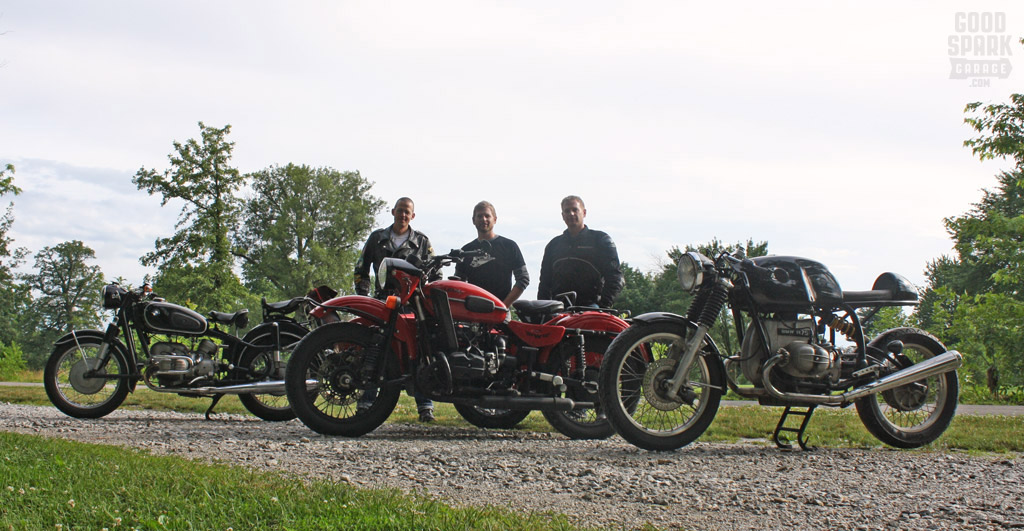 The weather turned nice; we peeled off the rain gear and could now air out the places where water somehow creeped in. After a bit of fun, we hopped back out on to the rural highways and enjoyed a sunny, 70-degree ride. They say that when one door shuts, another opens. I don’t say that, “they” say it. And they’re right. Looking back, some of the most enjoyable rides are the ones you didn’t plan.

It goes to show how easy it is to find fun and camaraderie on a motorcycle, despite minor snags. If you ride, you know what I mean. If you don’t, you oughta get you a bike!

10 Reasons to Attend MOTOBLOT in Chicago

UPDATE: See the event photos and video here. You may have heard about Mods vs Rockers Chicago…