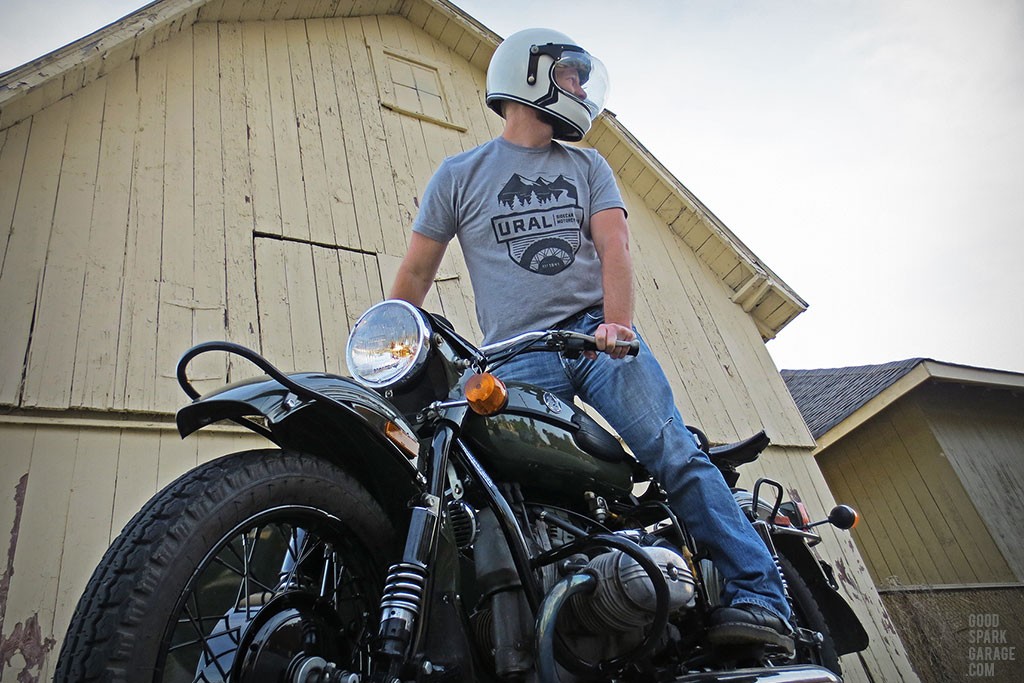 All that metal, all that simplicity, all that potential for adventure wrapped up in a nostalgic package of asymmetrical goodness. To supplement Ural Motorcycles’ already-unique sidecar motorcycles, IMWA has released some fun clothing and accessories. We got our hands on a handful of items… 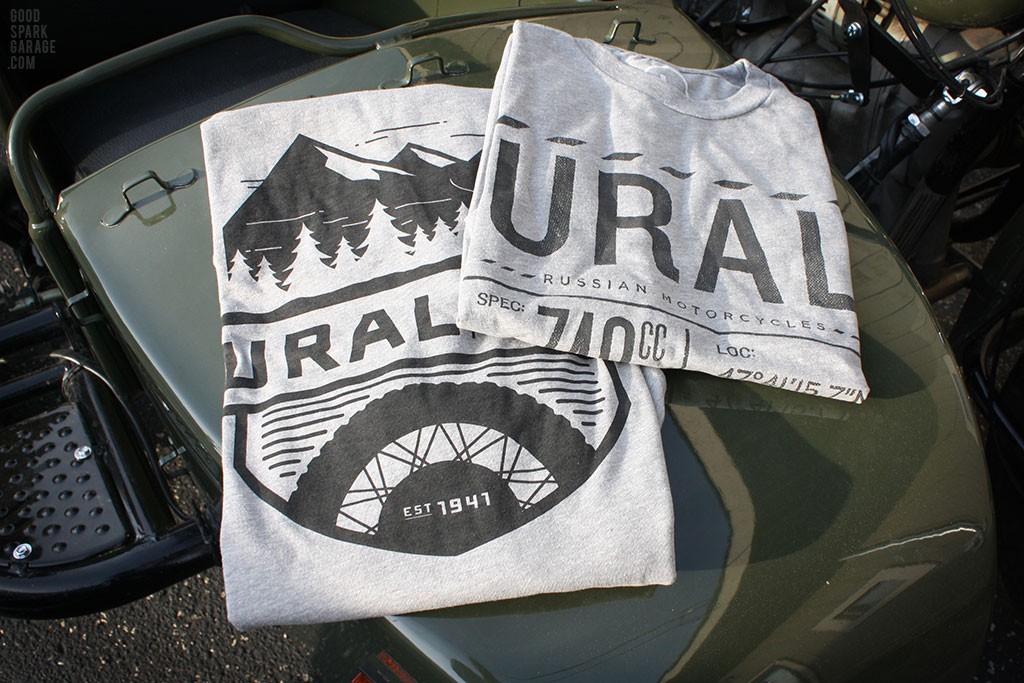 Irbit MotorWorks of America is the official affiliate of the Irbit MotorWorks Factory in Irbit, Russia. Still Russian-made, these three-wheeled vehicles have turned a corner in the early 2000s when new ownership worked toward improving the quality and experience of the world’s only mass-produced sidecar motorcycle. 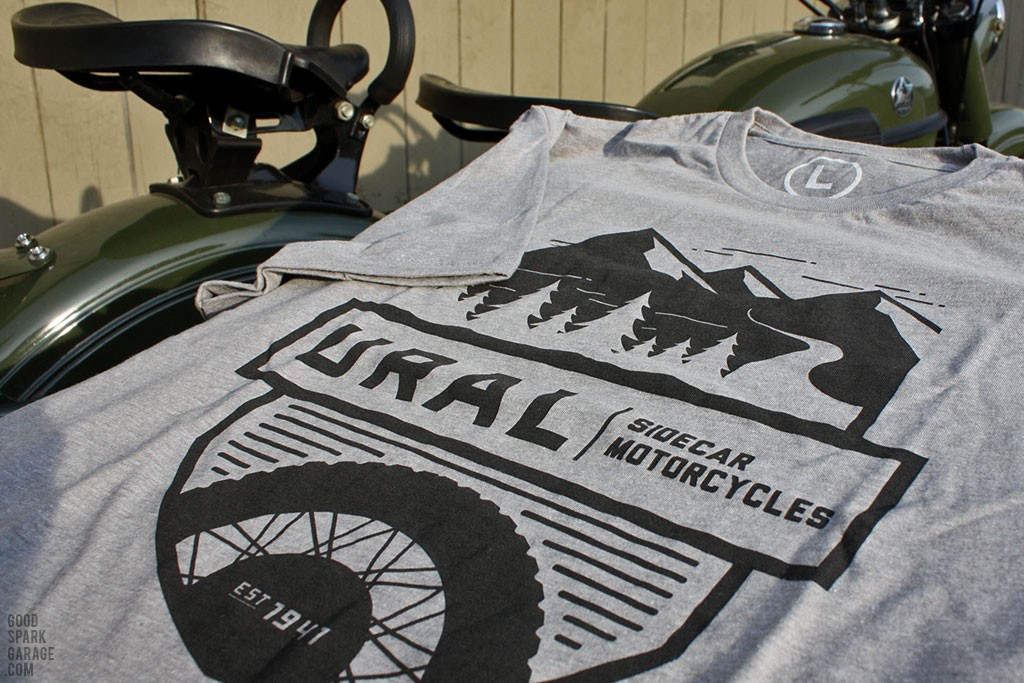 The Ural Motorcycles demographic has started to expand outside its well-established adventure-seekers to include urban commuters, hipsters, Sunday drivers and simply those who desire a uniquely fun method of transporting groceries, offspring or pets. Timed well with the growing audience, the team in Redmond, WA, have assembled a nice grouping of soft goods and accessories to accompany your sidecar lifestyle. 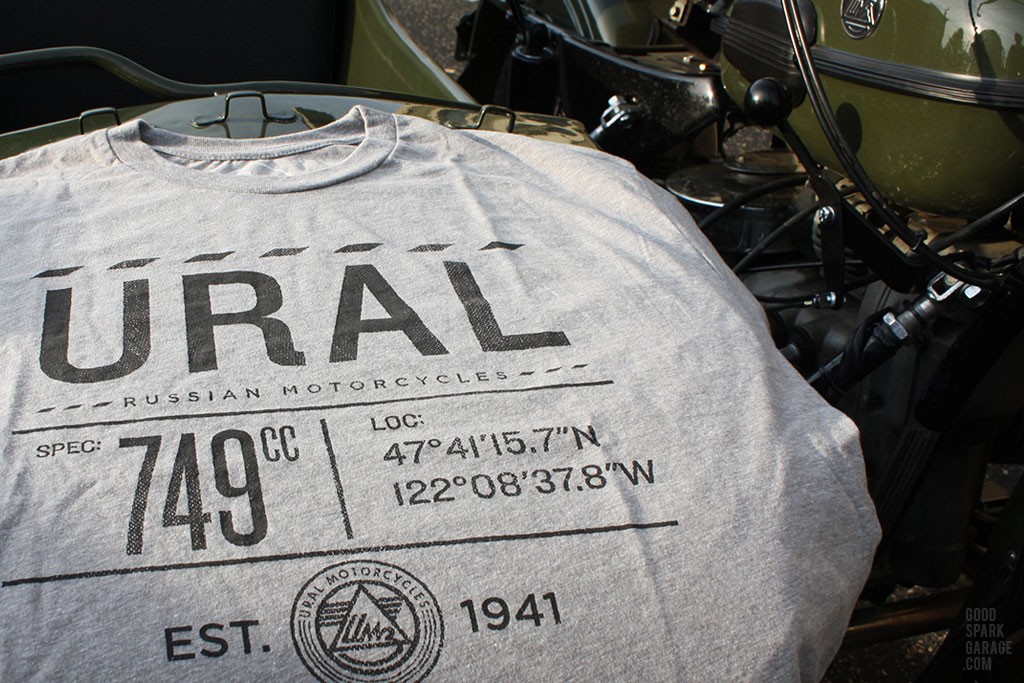 Featured above are their “Infographic” and “Adventure” T-shirts. They’re good-fittin’ soft tees with a water-based ink that won’t stick to you in the summer heat. Also, you can use them as a cheat sheet when folks start asking questions. 🙂 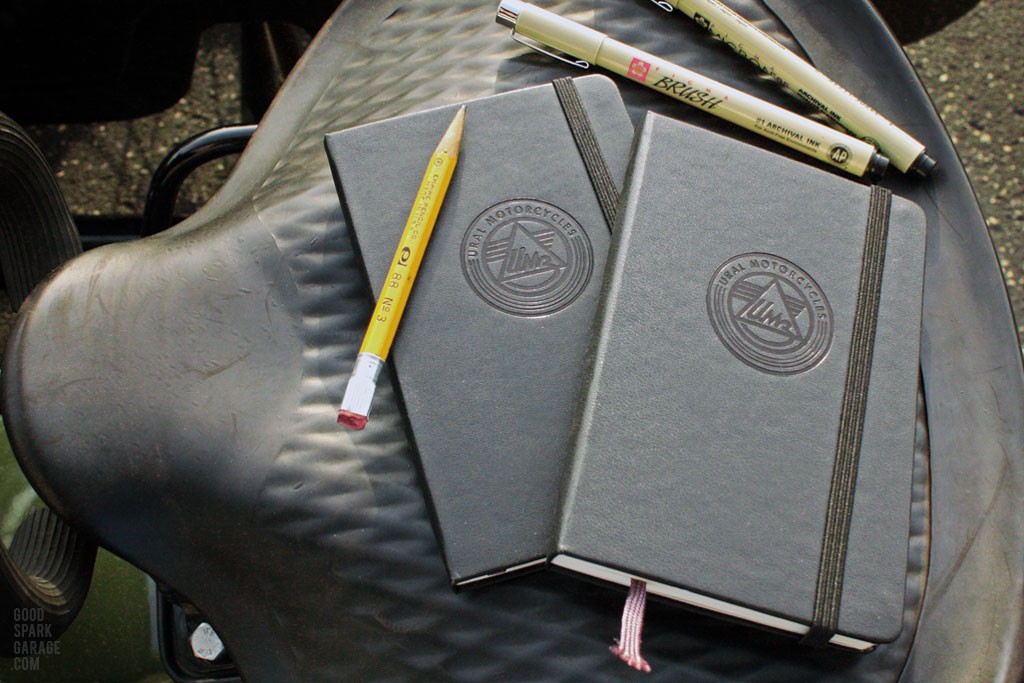 As artists ourselves, we’re constantly observing the world around us and wrangling ideas for later use. We can throw these Ural-branded moleskine journals in the hack and record our findings at a moments notice. Yes, one could doodle on the back of a receipt with a pen you took from the bank, but we’re suckers for an ensemble. 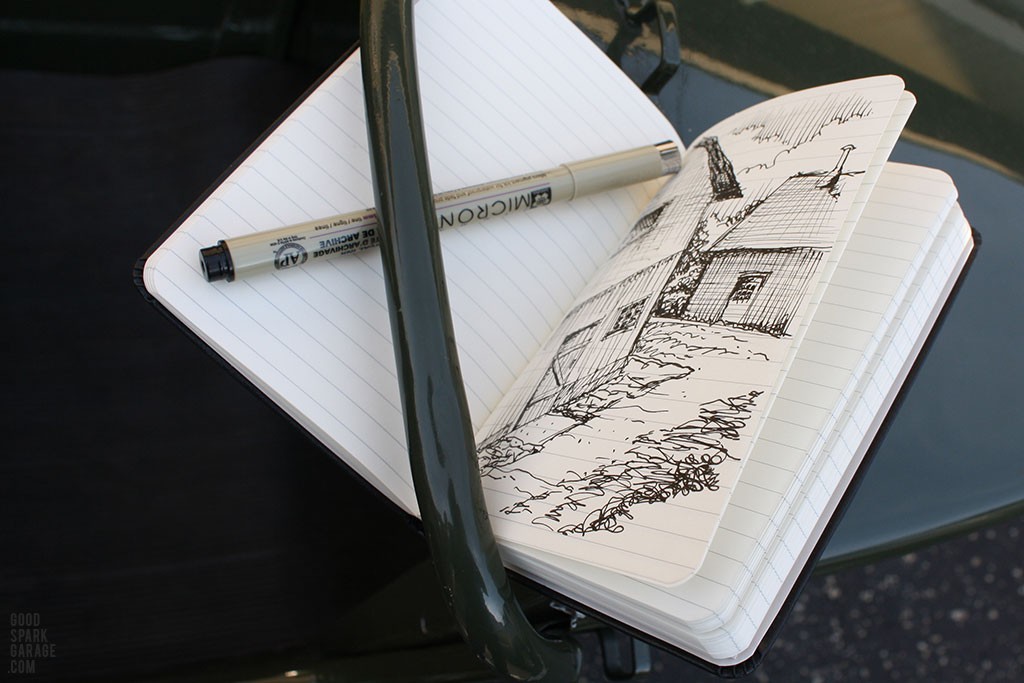 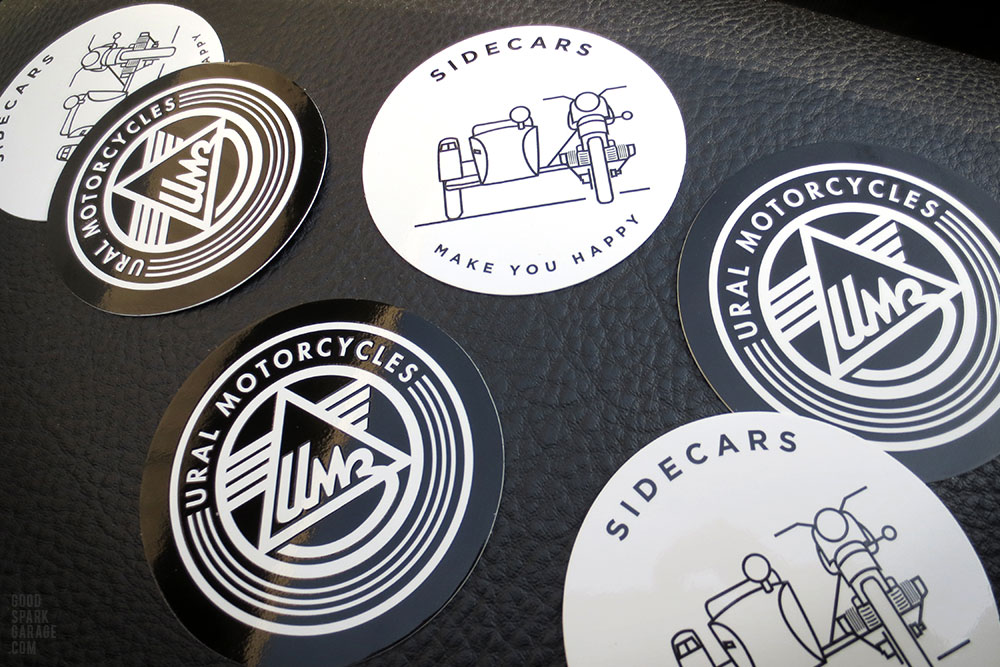 We love getting stickers and staring at them far too long before deciding on just the right place to stick ’em. These bold decals are ready for your Ural’s tub, your toolbox, your garage fridge or the family truckster. 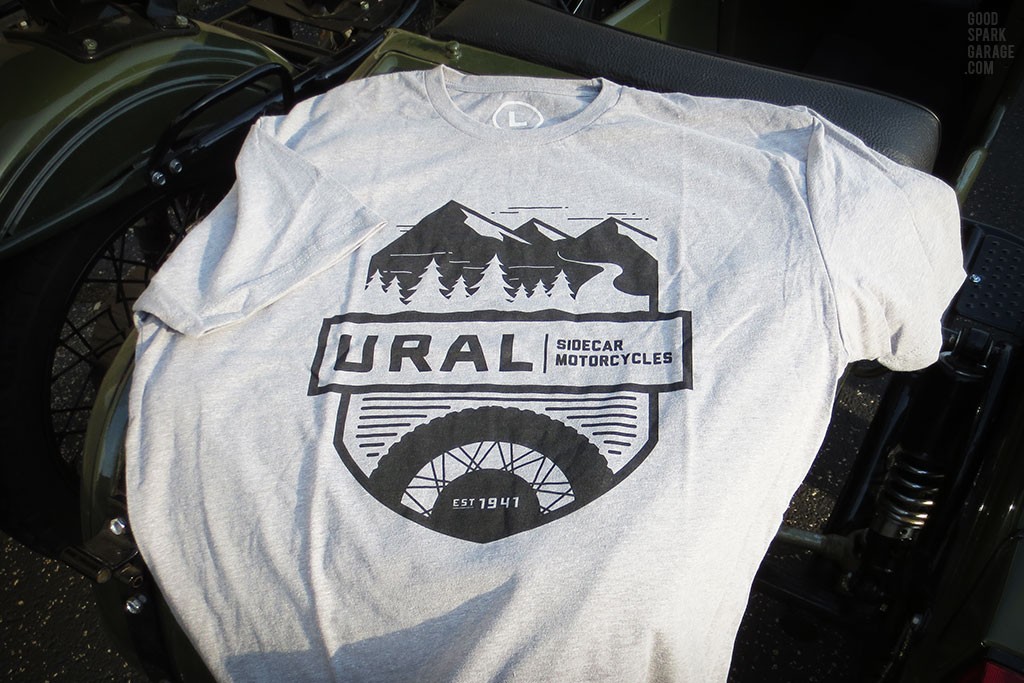 If you’re fans of these Russian sidecar motorcycles, you’ll dig the selection of items in their online store. Whether you’re climbing mountains, fording streams or living out the suburban dream of easily carrying home a large mailbox from the hardware store on a motorcycle, they’ve got some nice casuals to accompany your travels. 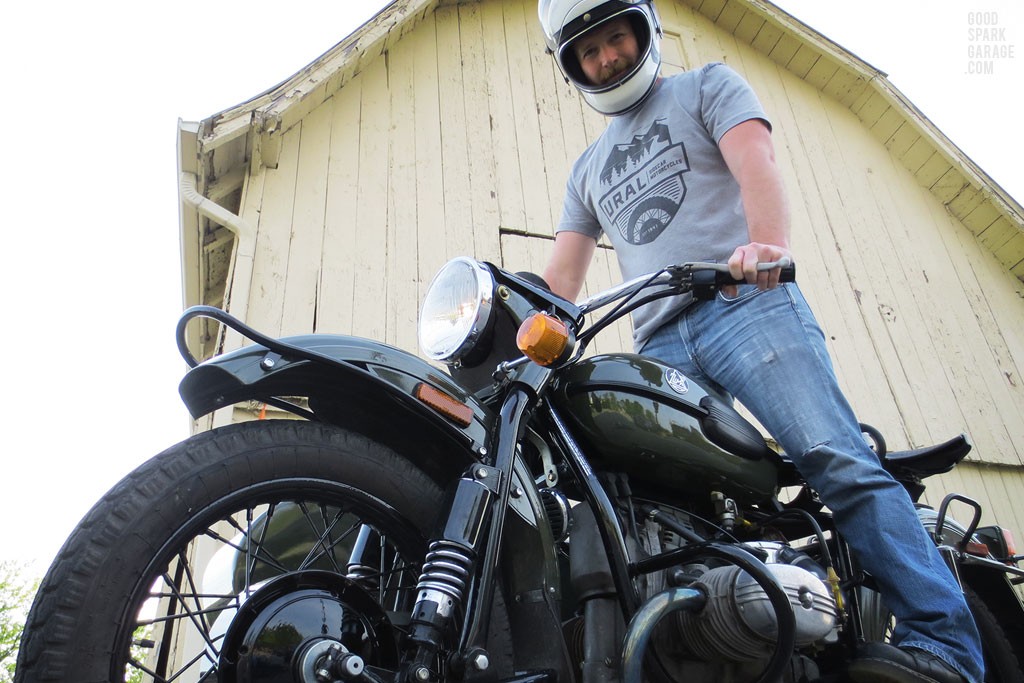