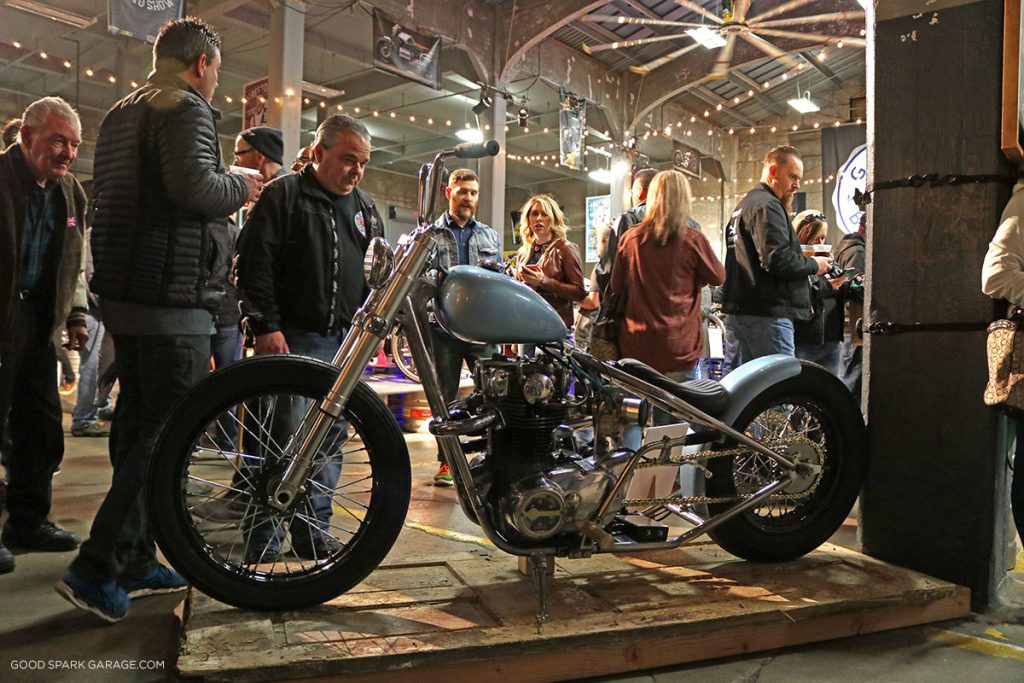 The Garage Brewed Moto Show is hosted inside a very cool venue in Cincinnati, OH. Though the Rhinegeist Brewery is massive and cavernous, it’s filled wall to wall with bikes and attendees during peak hours of the one-day show. Here’s just a taste of the event’s unique vibe. 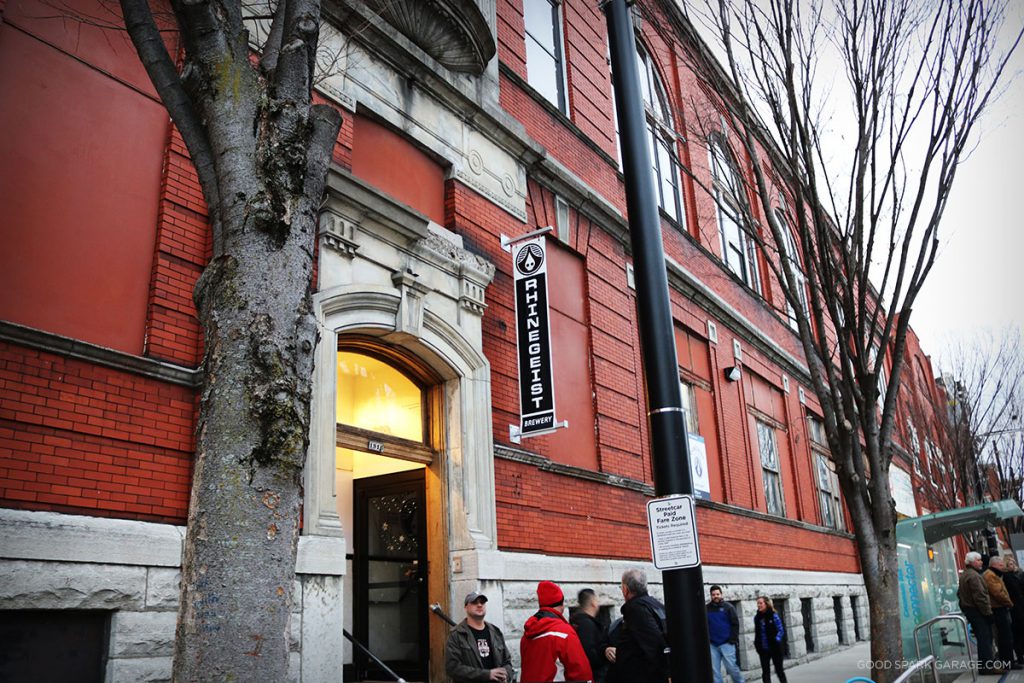 Rhinegeist Brewery is a working brewery, so its mad-science-like tanks and tubes become beautiful focal points of décor. The old exposed architecture makes it hard to take a bad picture at Garage Brewed, creating a backdrop unlike the average curbside bike show. 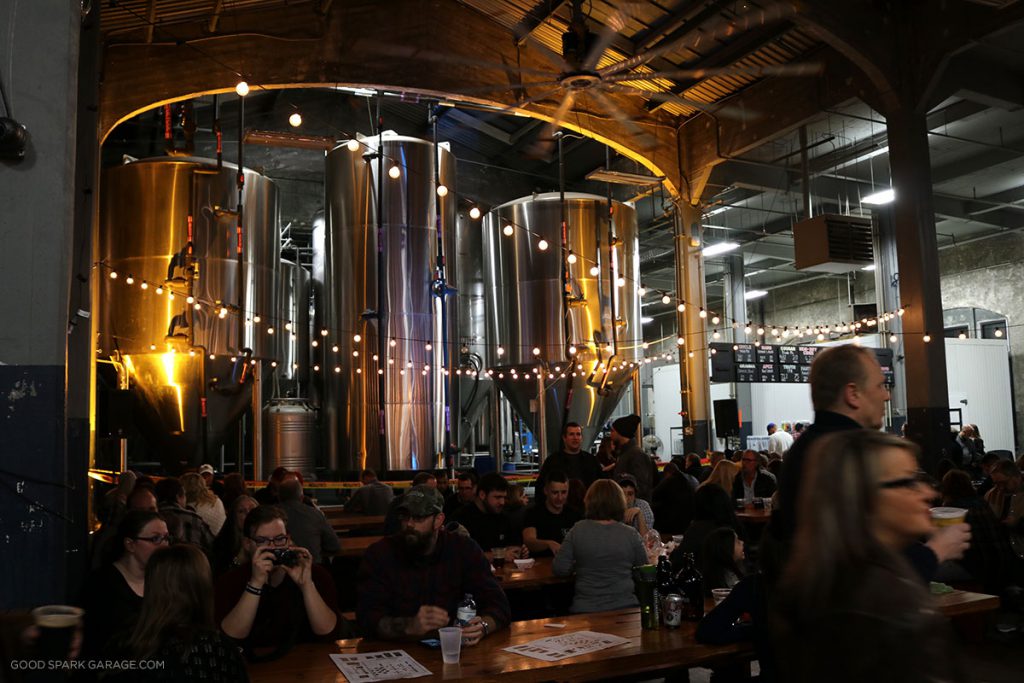 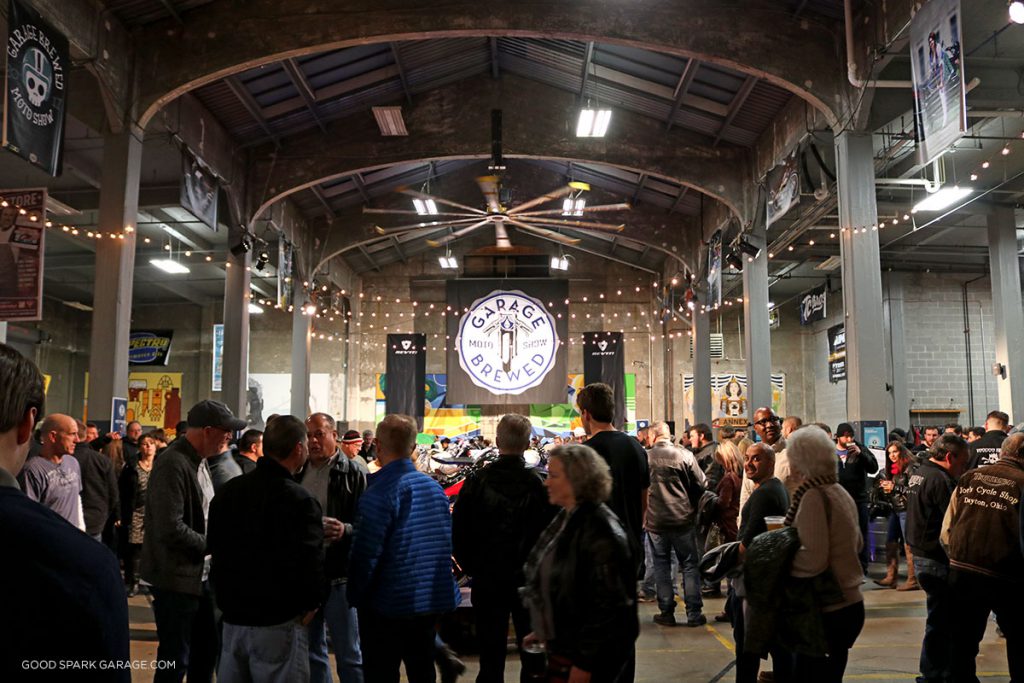 The Rhinegeist building is located in the working-class ‘Over-the-Rhine’ neighborhood, one of the biggest, most intact urban historic districts in the U.S. We snaked around the old alleyways and narrow bricked streets trying to find a parking space, which was an interesting self-guided tour in itself. 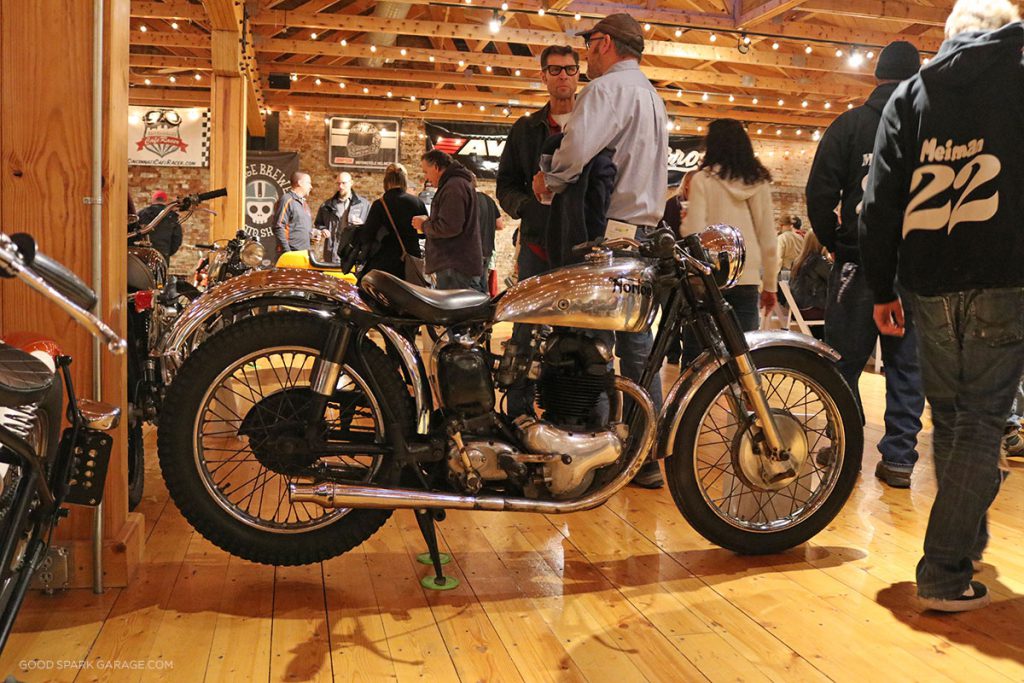 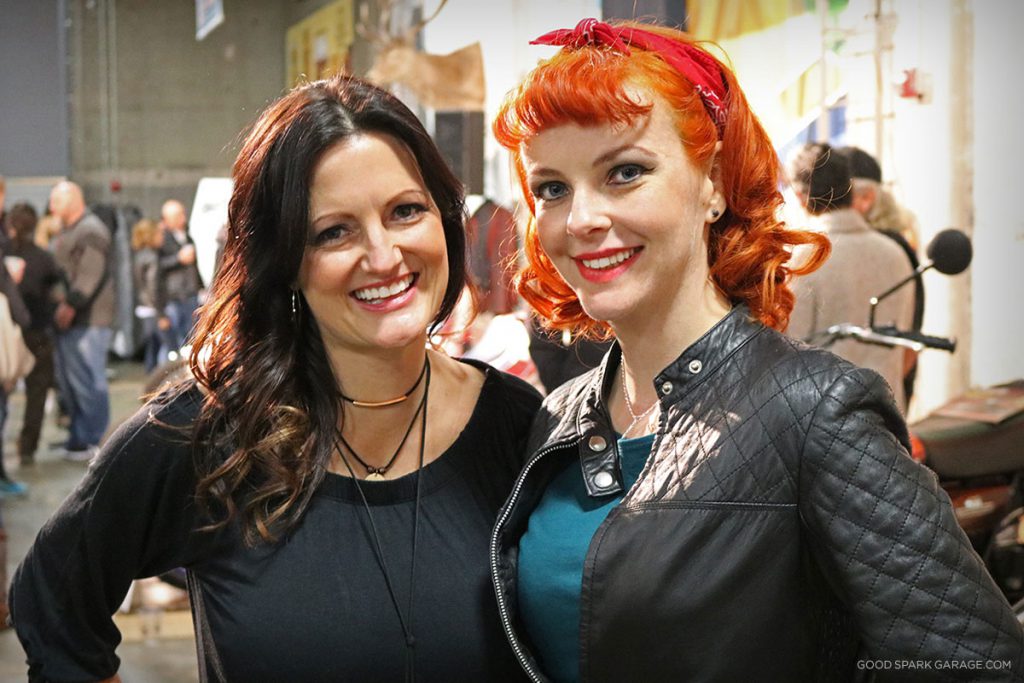 This is a free show, which backs up the organizers’ desire to “expose non motorcycle enthusiasts to something new.” The brewery will sell you beer on-site and we saw some food vendors set up upstairs. Of course, you can find some eateries in the area outside the show, too, if you want dinner before or after your visit. 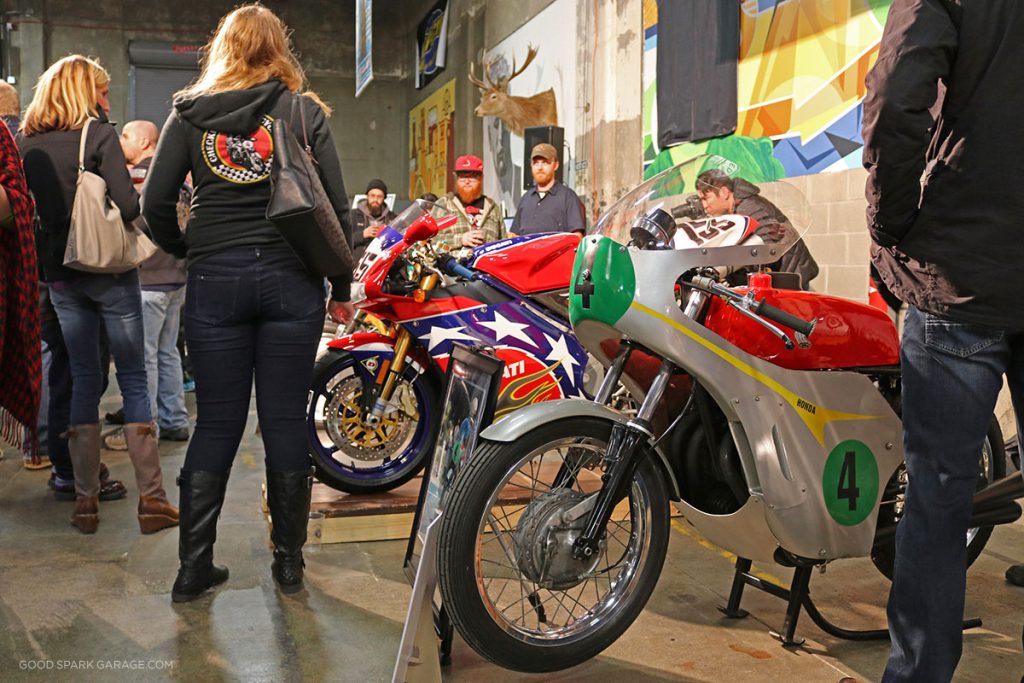 Garage Brewed is a curated show, so bikes have to be nominated then chosen to be displayed. Bike categories include: Pro Custom, Garage Custom, Classic Bikes, Race Bikes and People’s Choice award. 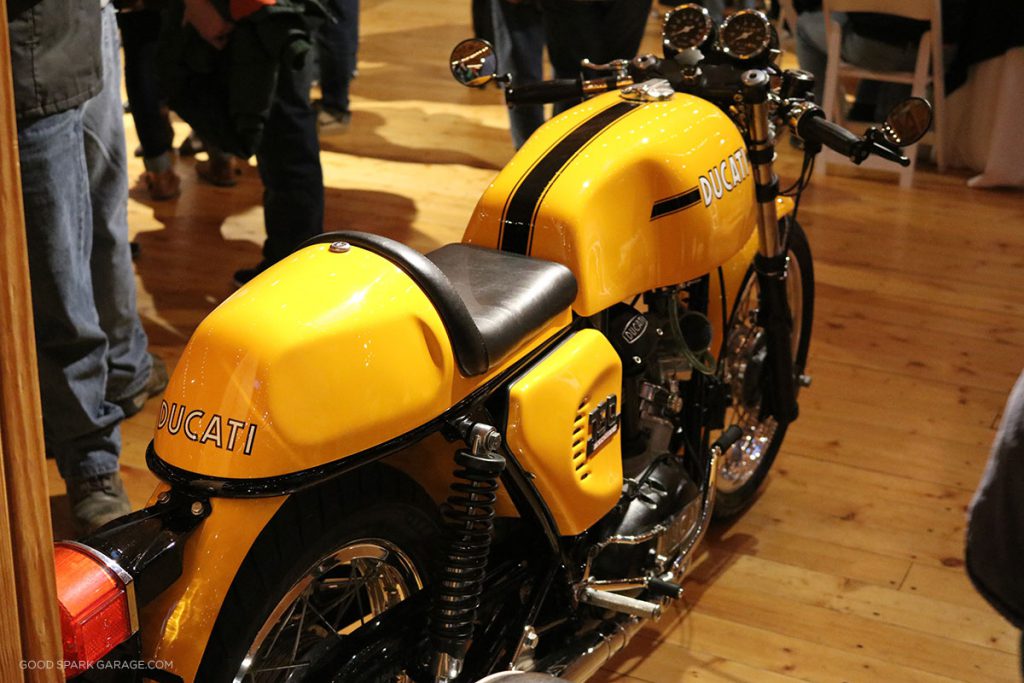 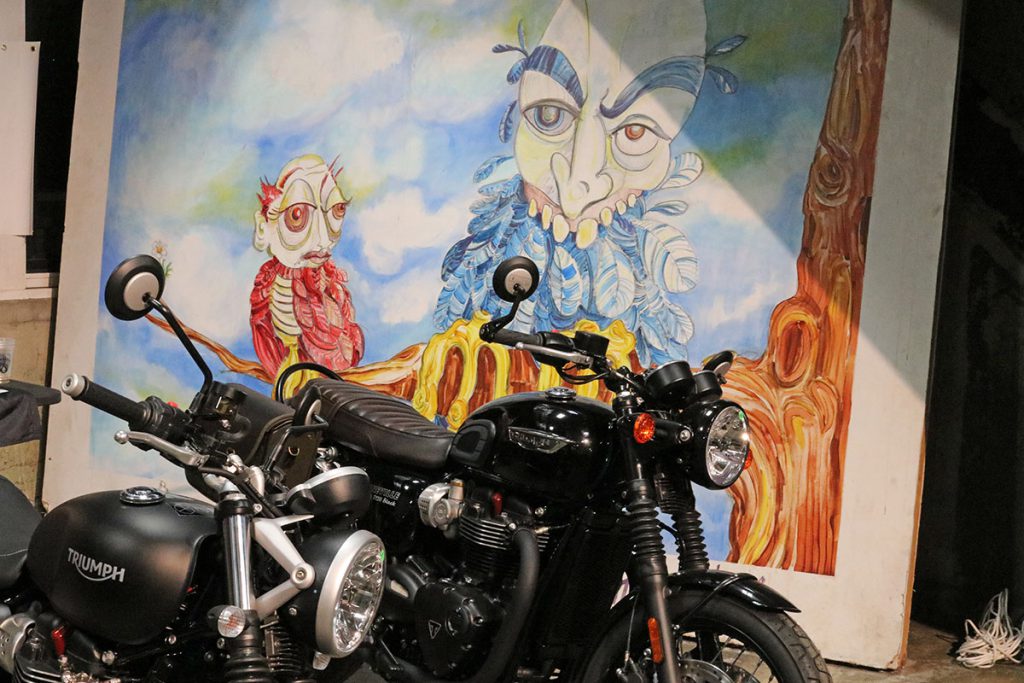 Something to keep in mind if you bring your kids is that the venue is brewery with a bar. Children won’t be allowed in after 8pm when it becomes a 21+ only event (Ohio law). 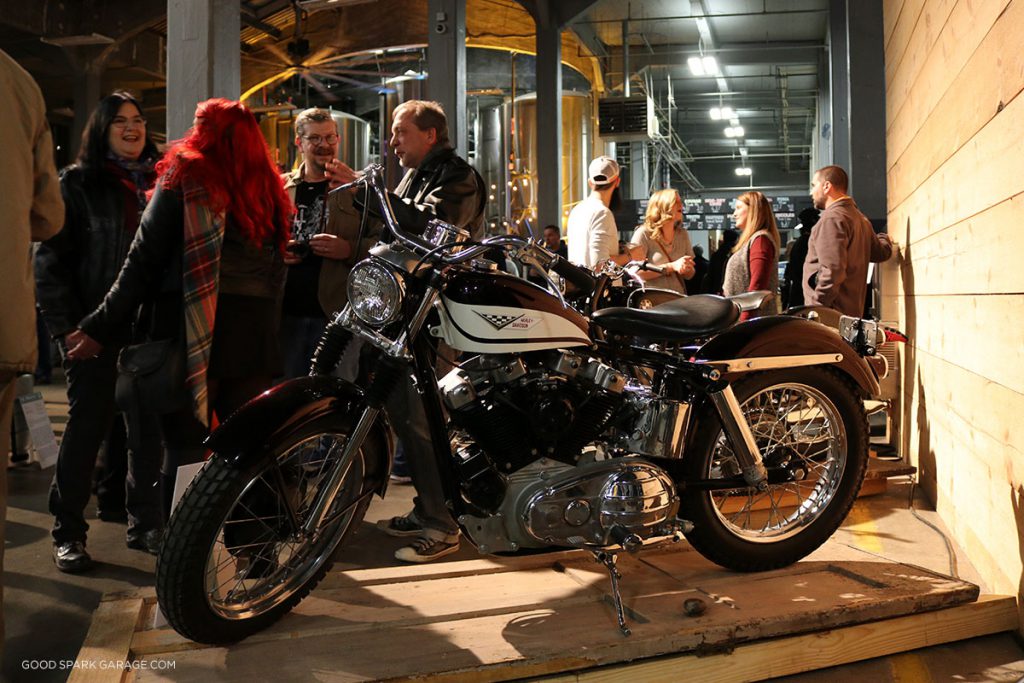 The show was created and hosted by the local motorcycle social club, Cincinnati Cafe Racer, who hand-selects and curates the 50+ bikes on display. 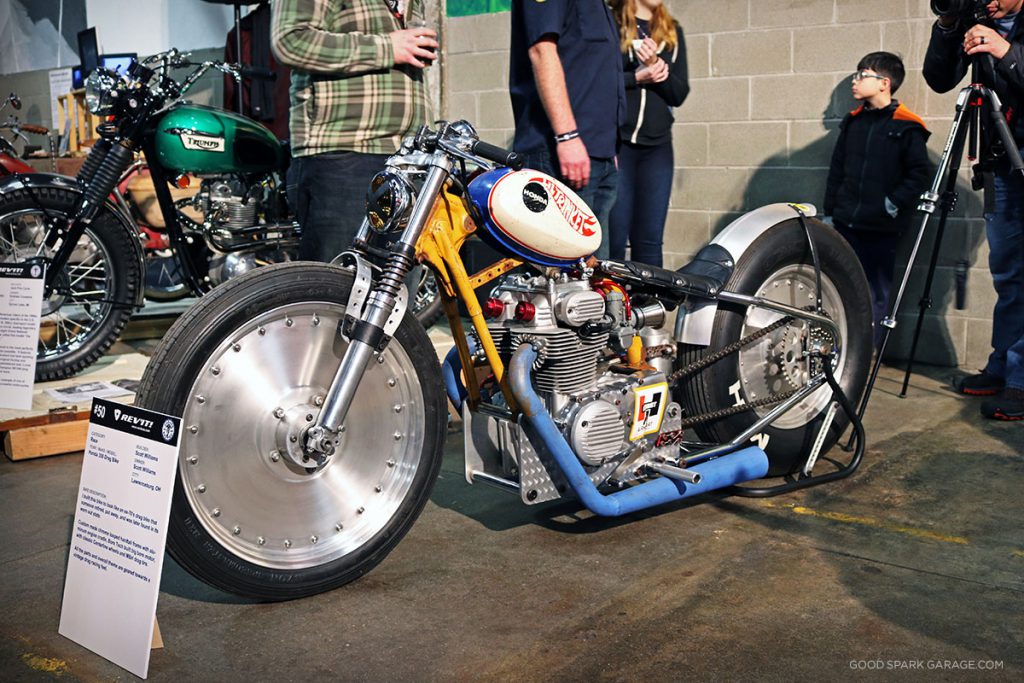 Above & Below: “Lil Trinket” built by Williams Originals, a souped-up CB350 with a partial SL350 frame. 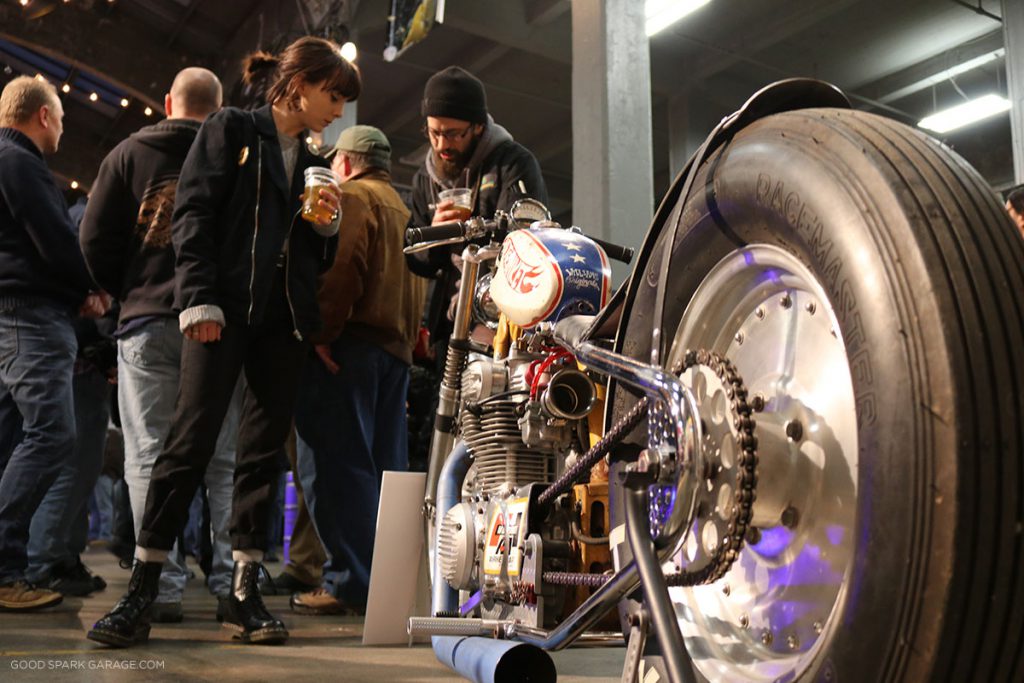 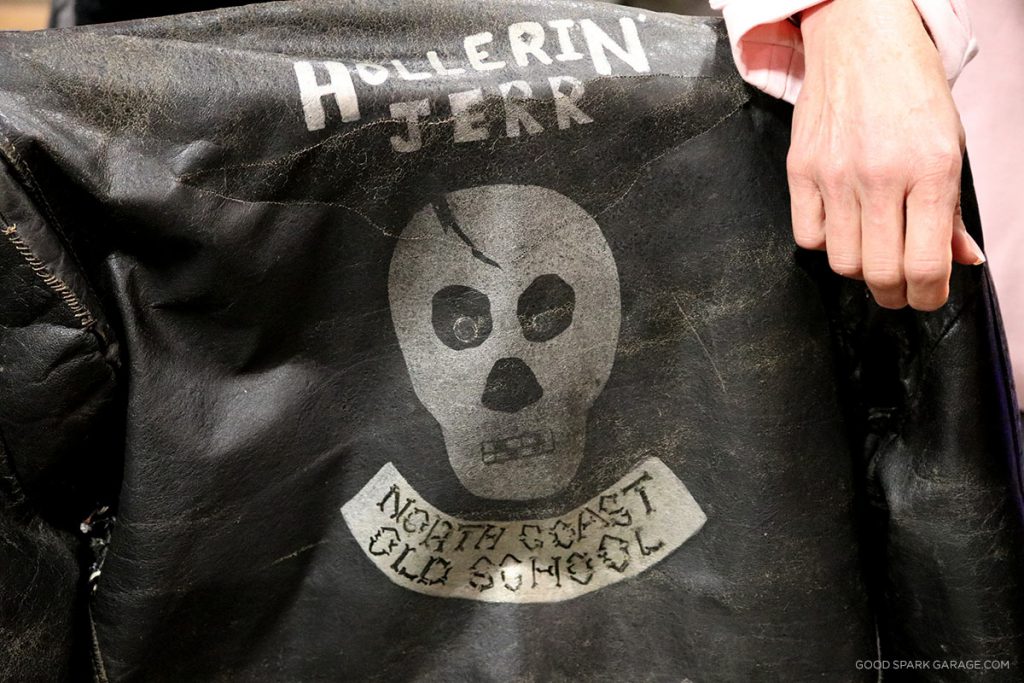 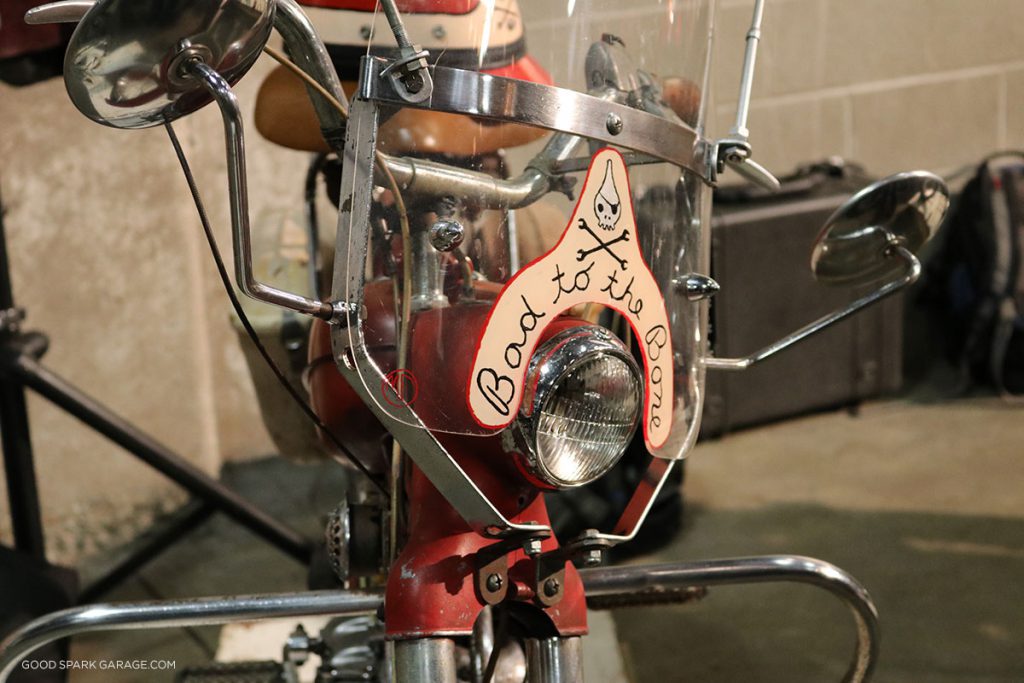 If you want to add this to your list of midwest bike shows to attend, visit the Garage Brewed Moto Show website or Facebook page for more info!