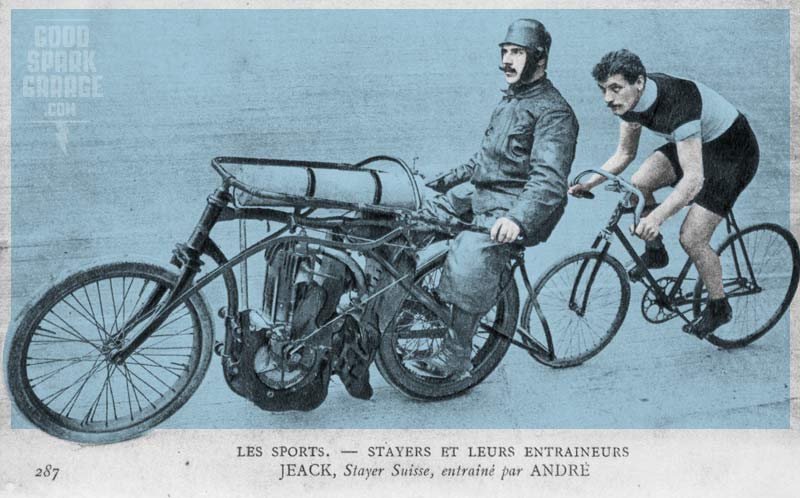 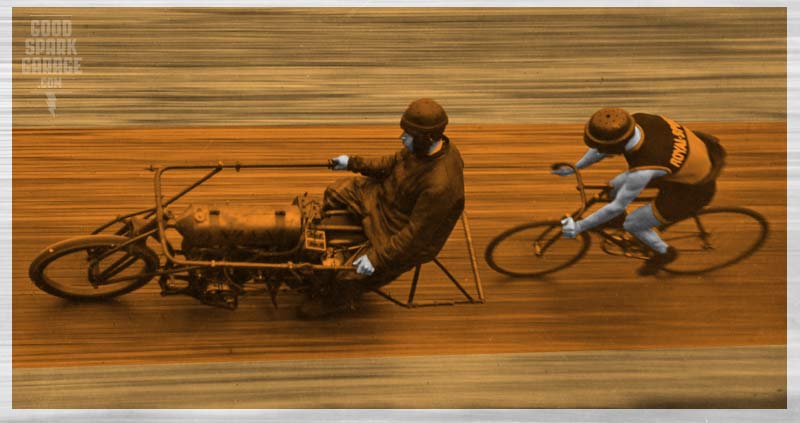 From what we gather, the motorcyclist is the pacer and the bicyclist is the stayer. They’re not meant to touch, though a rolling bar extended from the rear of the motorcycle would stiff-arm a cyclist if he got too close. The pacer creates a slipstream that the stayer can ride within, allowing speeds not achievable by a solitary bicyclist. 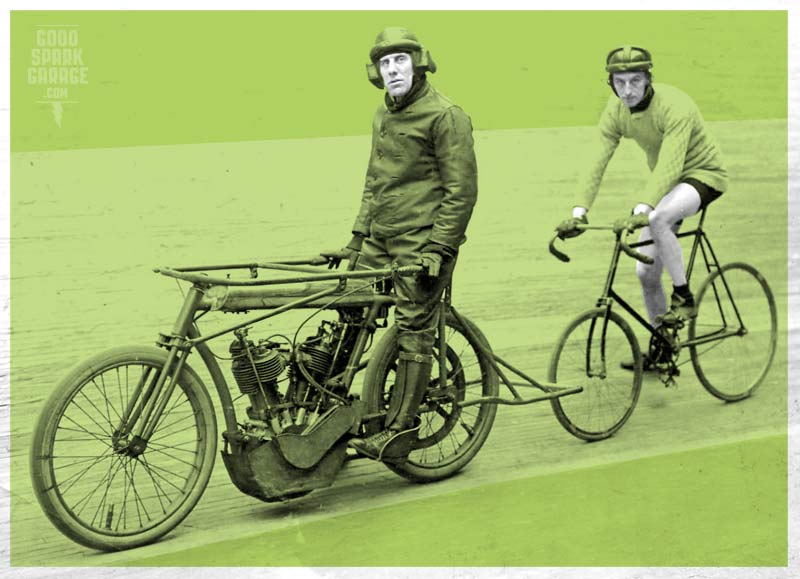 In 1903, an American cyclist died after his rear tire exploded at nearly 62mph, causing him to fall in front of another pacing bike. The New York Times reported that the motorcycle “crushed the prostrate man in a dreadful manner.”  A 1909 crash in Germany resulted in 9 deaths when a pacing machine landed in the stands. 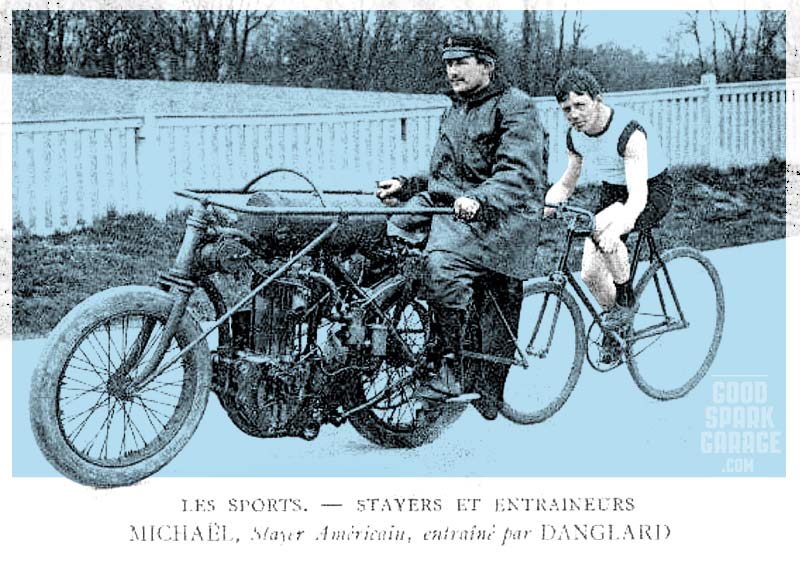 We wondered why the heck the handlebars were so long and why the riders sat so far back on the bike. Basically, these guys were trying to get big. Standing tall, as upright as possible, provided a big windbreak for the cyclist to tuck in behind. 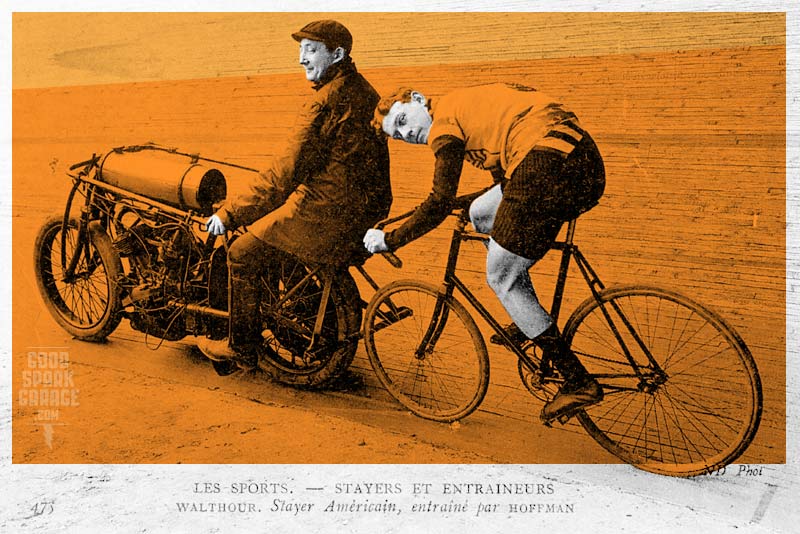 According to historian, Peter Nye, American cyclist Bobby Walthour (above) collected an impressive inventory of injuries over his career: 28 fractures of the right collarbone, 18 of the left, 32 broken ribs, and 60 stitches to his face and head. 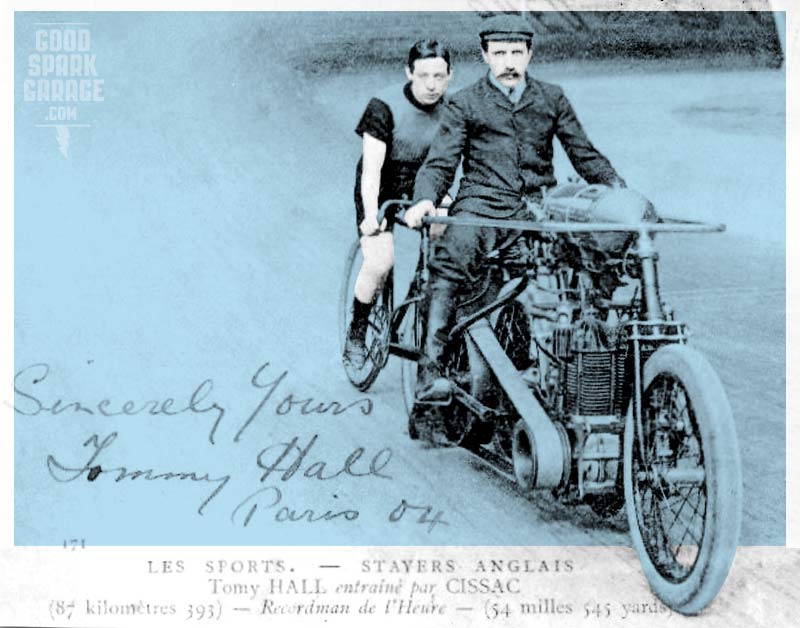 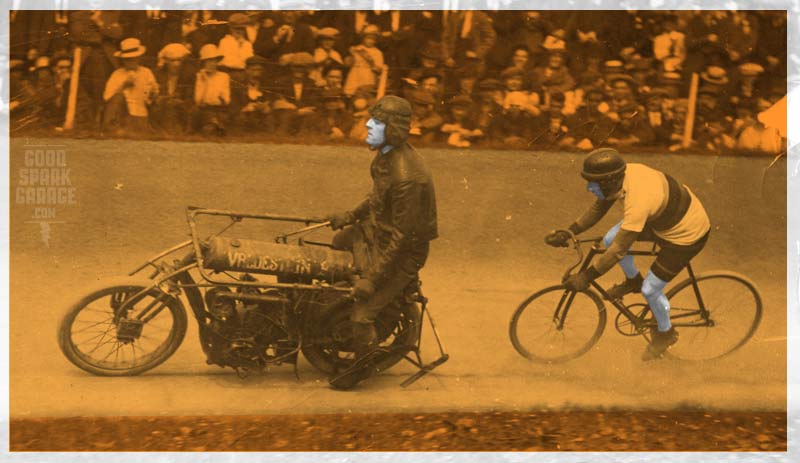 Not limited to board tracks, motor-paced racing would also employ cinder tracks. Pictured above is Fallowfield Stadium in Manchester, England. 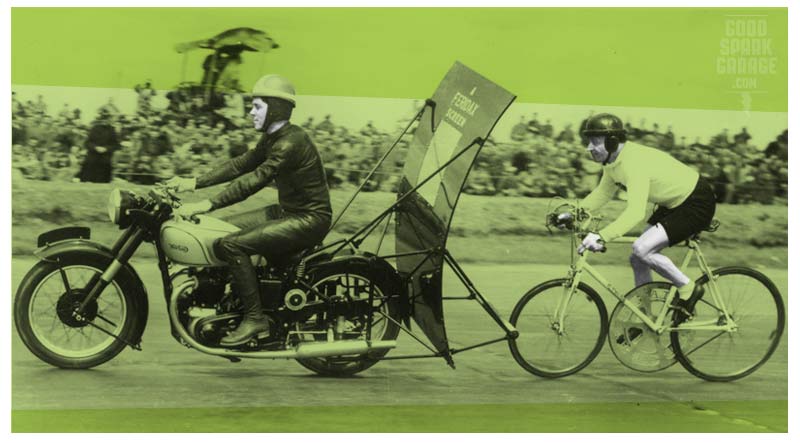 For an exhibition run at the 1952 Silverstone GP, Jose Meiffret (above) was paced by GP world champ, Geoff Duke aboard a Norton. Check out the massive chain ring on Jose’s bike.

Stayer machines go way back. Check out this 1924 MAG Pacing Bike with its 1093cc V-Twin that was used at the Paris Velodrome. The antique motorcycle specialists at Yesterdays describe this beast as having been used on cycle tracks till relatively recently, “because it was very difficult to find modern machines that could match their enormous flexibility. Without clutch or gears, such a machine could accelerate very steadily without jerking from almost walking speed to about a hundred kilometers per hour. This machine has primary drive by chain to a countershaft and secondary drive by belt.” 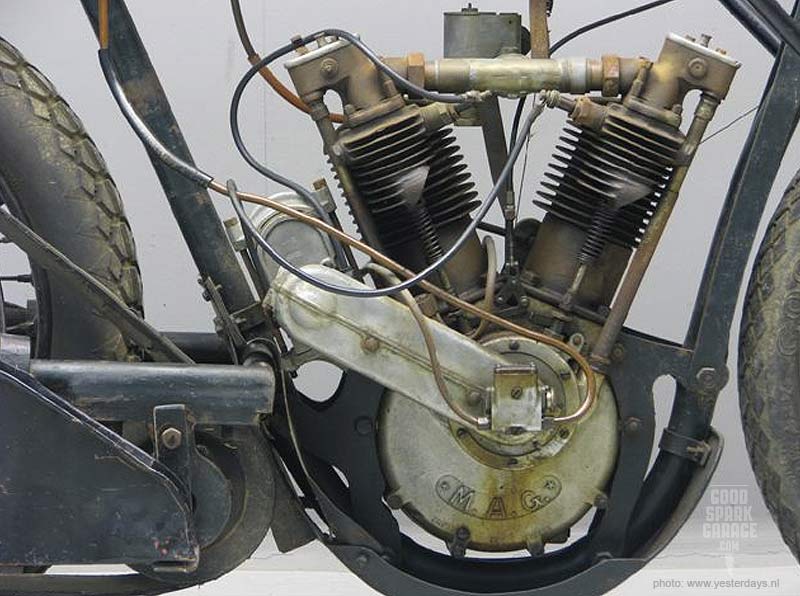 It didn’t take long for us to become enamored with the history of motor-paced cycling. Much like board track motorcycle racing, we’ve got another cool motorcycle genre to conjure up and daydream about on rainy days. 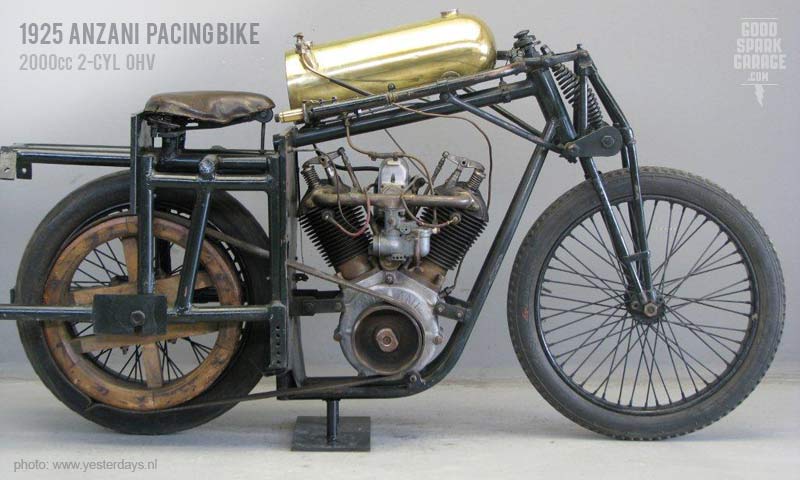 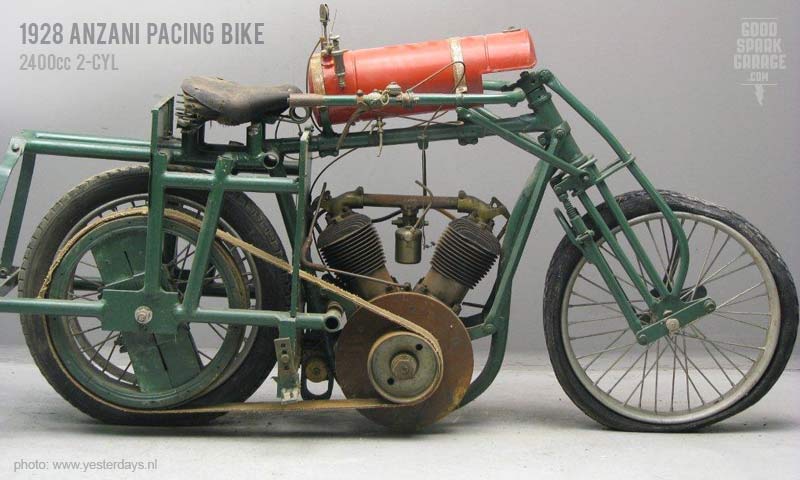 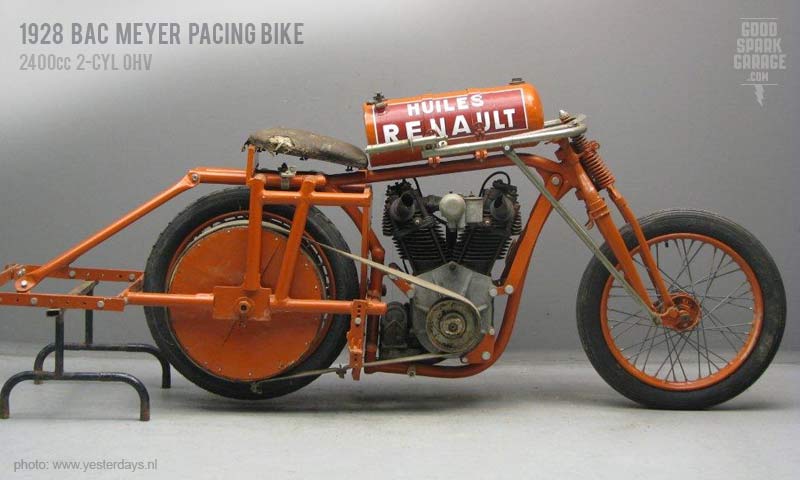 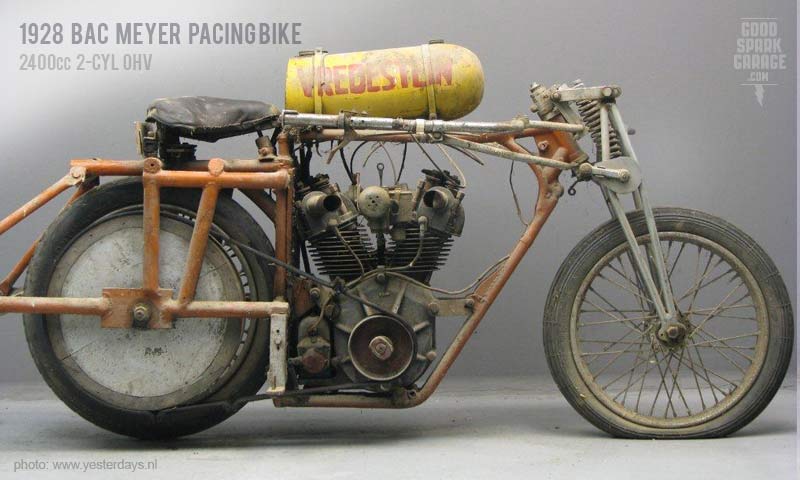 Notes:
The vintage pics that we colored and schnazzed-up were originally found at the blog of bicycle historian and writer, Andrew Ritchie.
The side views of the pacing bikes were found at Yesterdays.

Tucked back inside Turns 14-17, Ace Corner at Barber Motorsports Park is a charming chunk of…