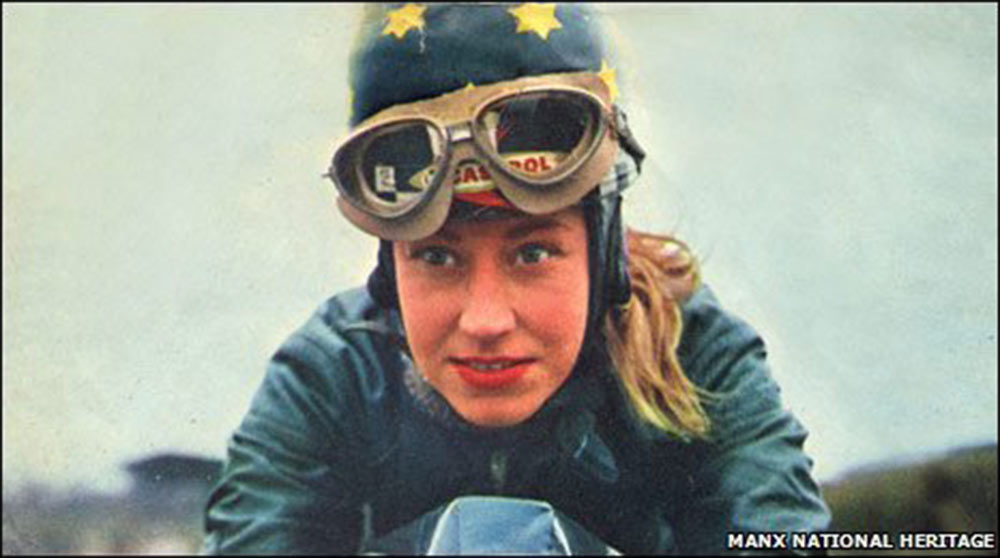 It all started when Beryl met Eddie, a motorcycle repair shop owner. They married in 1952 and entered the realm of motorcycle racing, her being the pilot. She’d compete in the 50cc classes at Snetterton and Brands Hatch and soon would become the first woman to compete solo in the Isle of Man TT. Her announced plans to return the next year would seal her fate.

The 60s-era Press would present her story like this:

“Mrs Beryl Swain is a housewife with an unusual hobby for a woman – she competes in motorcycle races.”

In 1962 Beryl Swain raced an Italian Itom 50cc race bike at the Isle of Man and placed 22nd out of 25 in her class. The 37-mile course was known for its life-threatening, fast mountain course and the hair-raising tight section through the town’s streets. 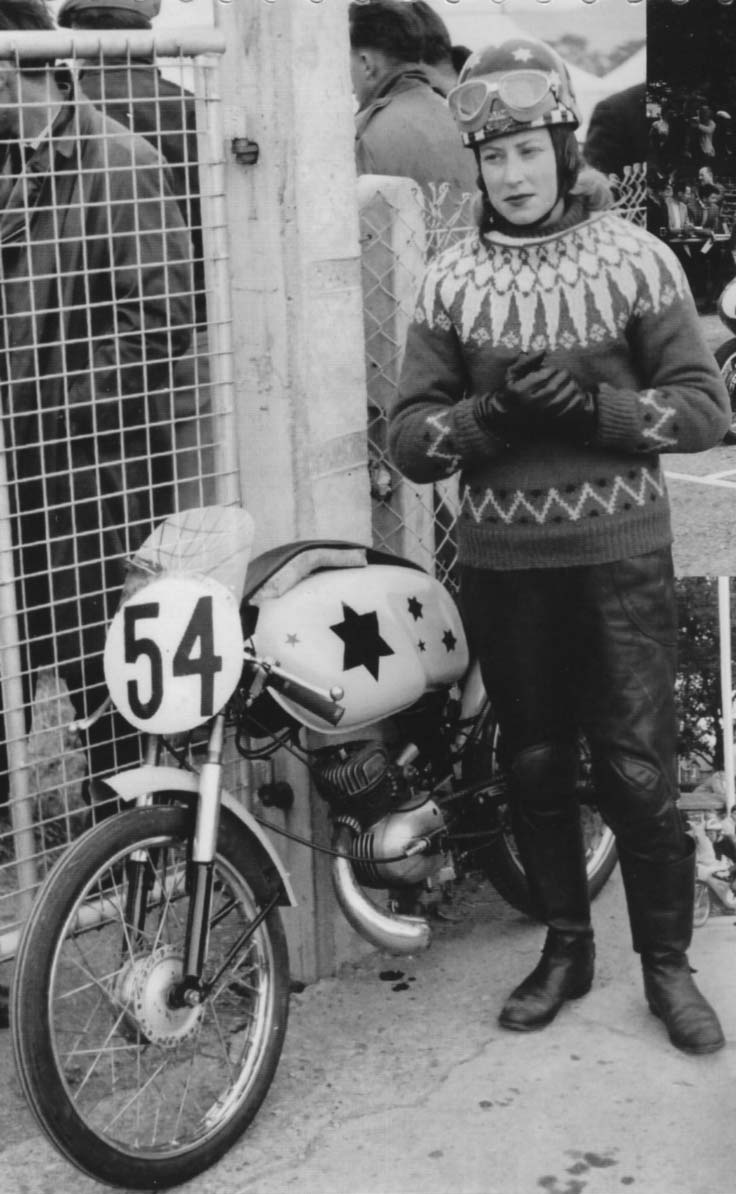 In a move that now sounds embarrassingly chauvinistic, the FIM decided upon Beryl’s announcement to return to the TT to revoke her international racing license. The reason? Folks report that the ruling body didn’t want to risk an outcome of a female dying on the dangerous circuit. 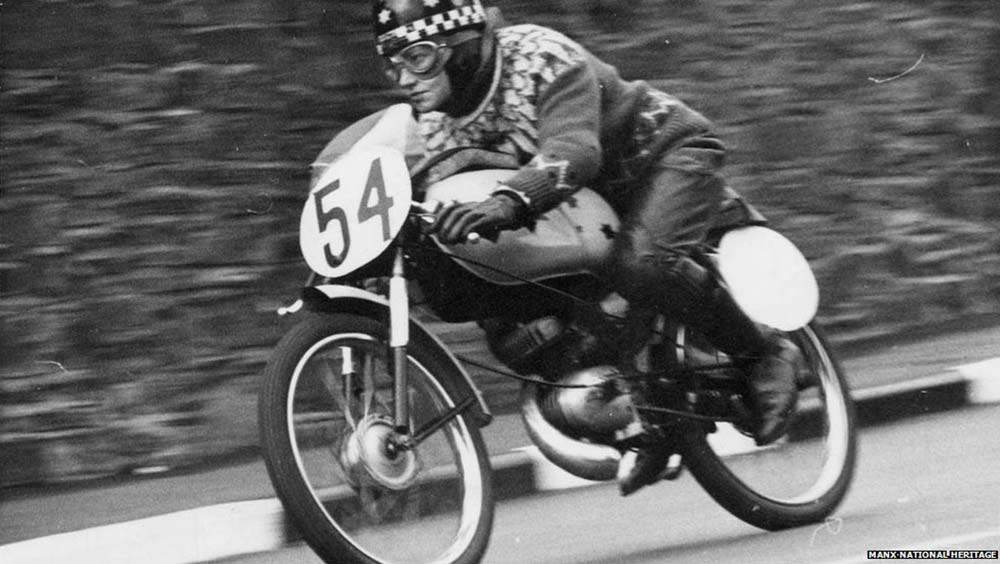 She tried to get the help of the Lieutenant Governor and had lots of racers and fans backing her, but her license was never reinstated. While she rallied some support, it was a time when there were as many or more supporters of her banishment. 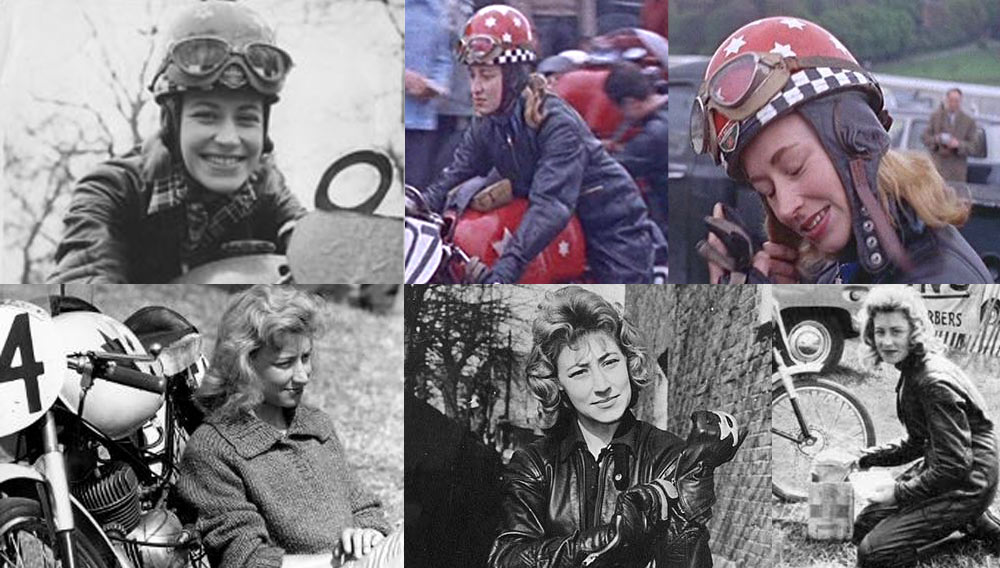 Did they bristle against the idea of a woman achieving any success over men? Was it a backward show of concern that fans or the Press would react more negatively to a woman having an accident at the famous road course? Either way, the controversy was brought to the fore, perhaps slowly softening the hearts of people, allowing the future women a better shot at competing in the IOM TT 10 years down the road.

For a bit of perspective, listen to the voice-over in the video below (click here or on image below) and listen to how Beryl was viewed when she competed with the boys. The announcer-man says,

“Slowly but surely, women, the weaker sex are muscling in on man’s domain.” 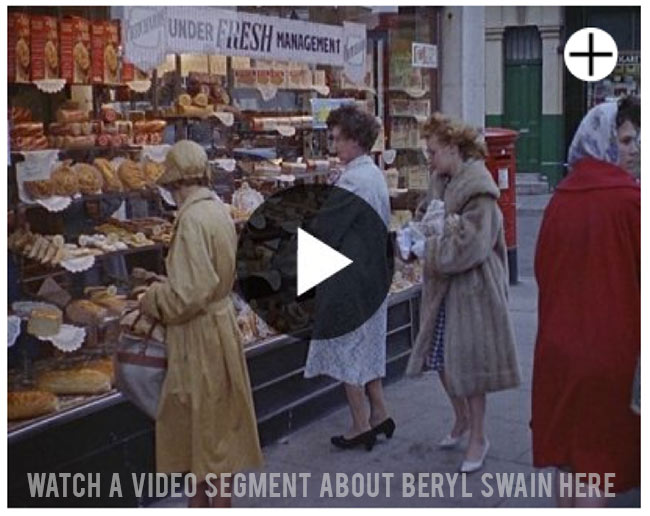 Beryl never returned to racing after the revoking of her license. She worked as a manager in the London area for Sainsbury’s (a big chain of supermarkets in the UK) and later in life helped the elderly through meals on wheels. She died in 2007 at the age of 71, but left a legacy that still stirs the hearts of many woman racers and racing fans alike. 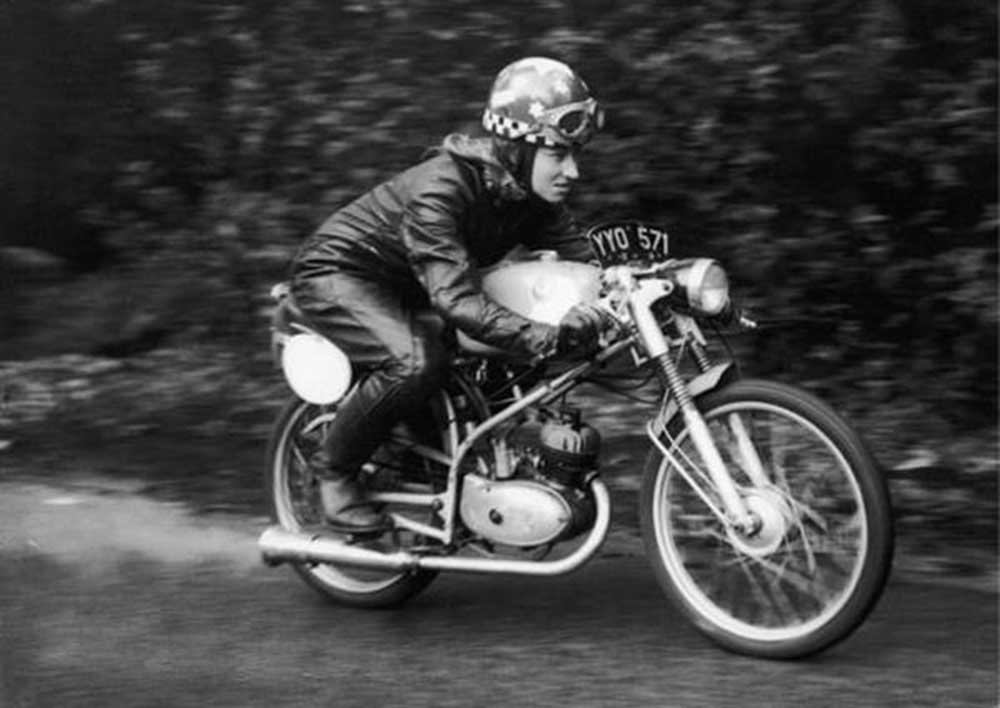 When we were little, we'd check out the Guinness Book of World Records from the library…

Even if it doesn't make sense, we like seeing how creative minds followed through on using…