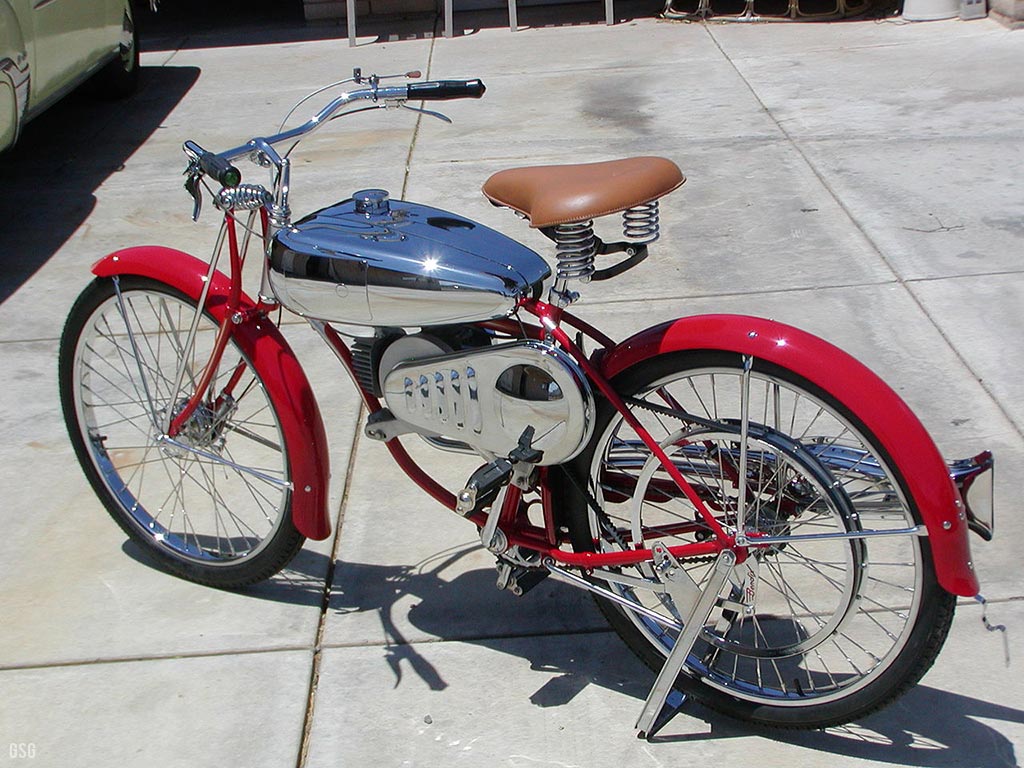 In 1941, Herbert Marx started the Marman Products Company, Inc. in Inglewood, CA. After starring in several Marx Brothers films as Zeppo (the straight man to his zany co-star siblings), his company assembled and marketed a motorcycle with a horizontally-opposed twin engine in 1948 and 1949.

Zeppo held many patents and developed products for the World War II effort before launching the Marman Twin. One such product was the Marman Clamp, a commonly used band clamp that achieved high-profile usage such as helping to secure the atomic bombs on the Enola Gay. 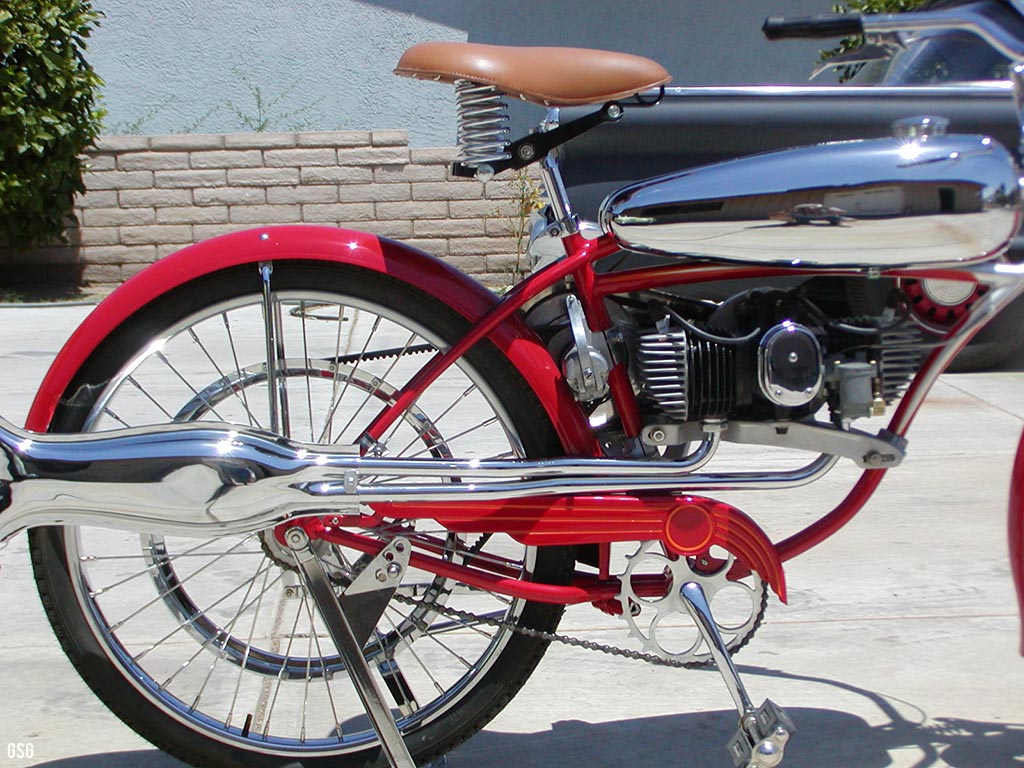 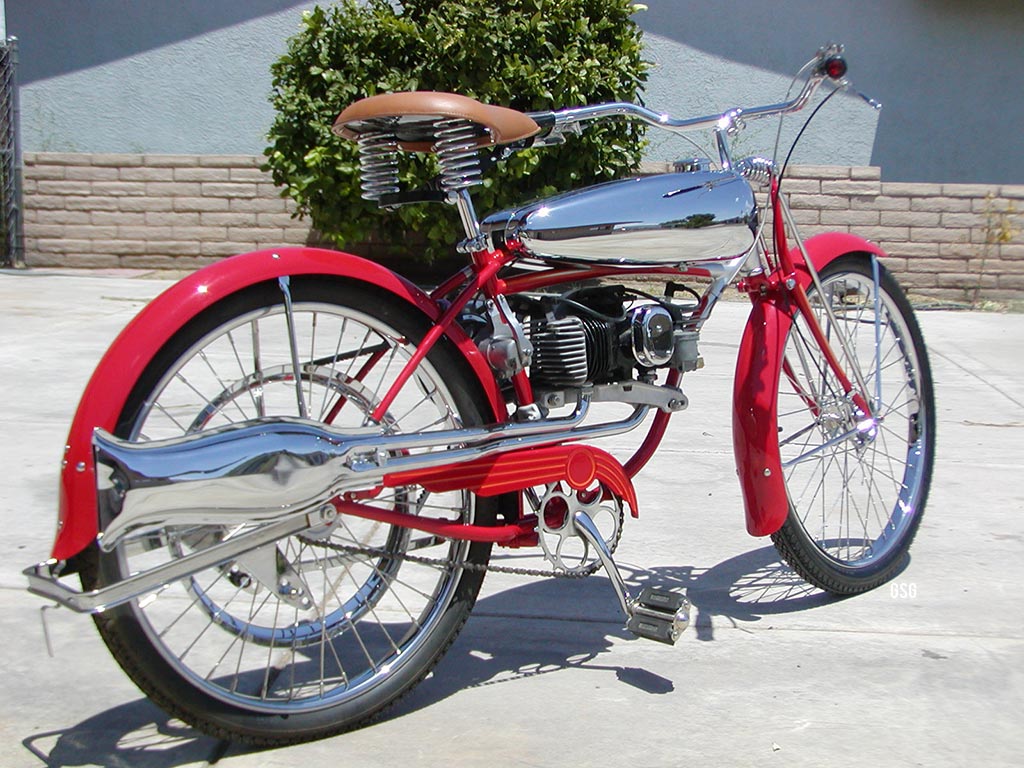 There is space allotted in the chrome gas tank for a glovebox, which could carry the oil it required to mix with the 5 quarts of fuel it would hold. It employs a multi-plate, dry-disc clutch and could cruise around 35mph. The lightweight Schwinn MP97 frame was made specifically for the Marman Twin.

Below is a 1949 Jack and Heintz-branded motorbike using the same engine, but placed in a Shelby bicycle frame. This restored model was found on eBay a while back; the auction ended without a buyer (listed at $7,700). 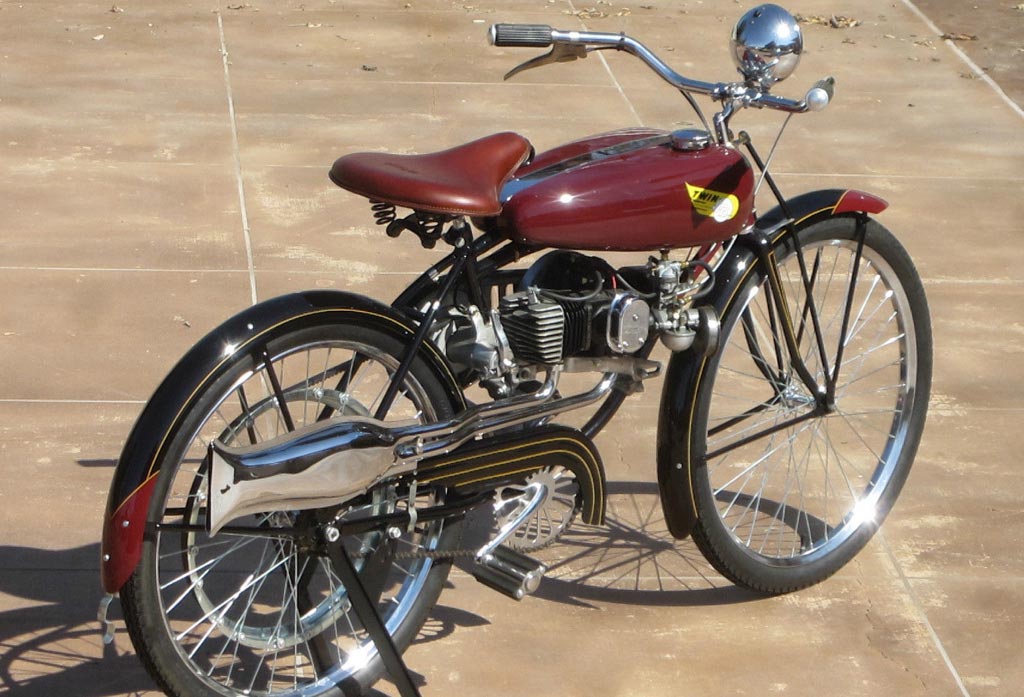 Another similar model manufactured during the same era was the Monark SuperTwin (below is a 1951), which proudly advertised they were a complete in-house production bike (as opposed to a kit).

We’re not sure where the interest in motorcycles originated for Zeppo, but the pic below of Chico on a Harley-Davidson racer and the brothers’ sidecar antics in Duck Soup may shed light on their panache for motorbikes. 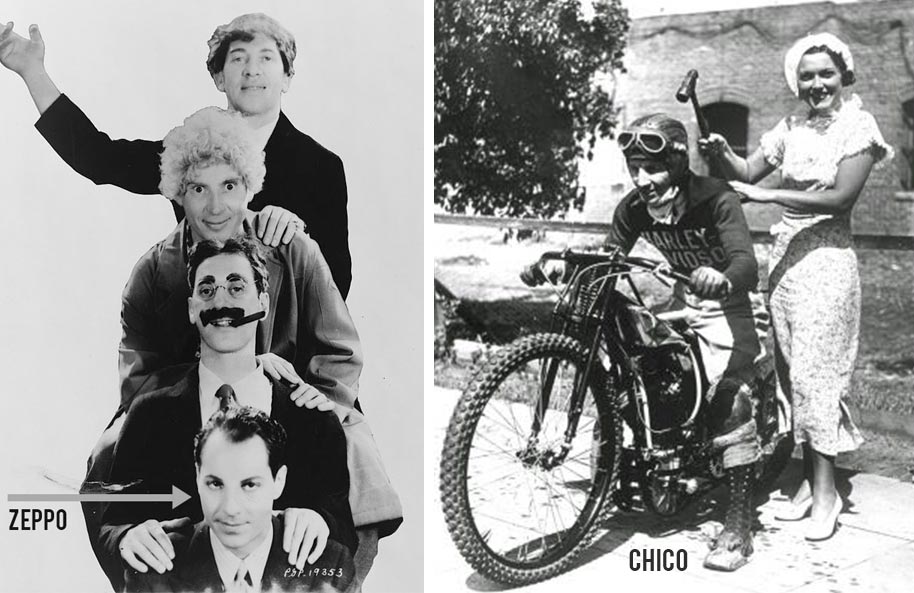