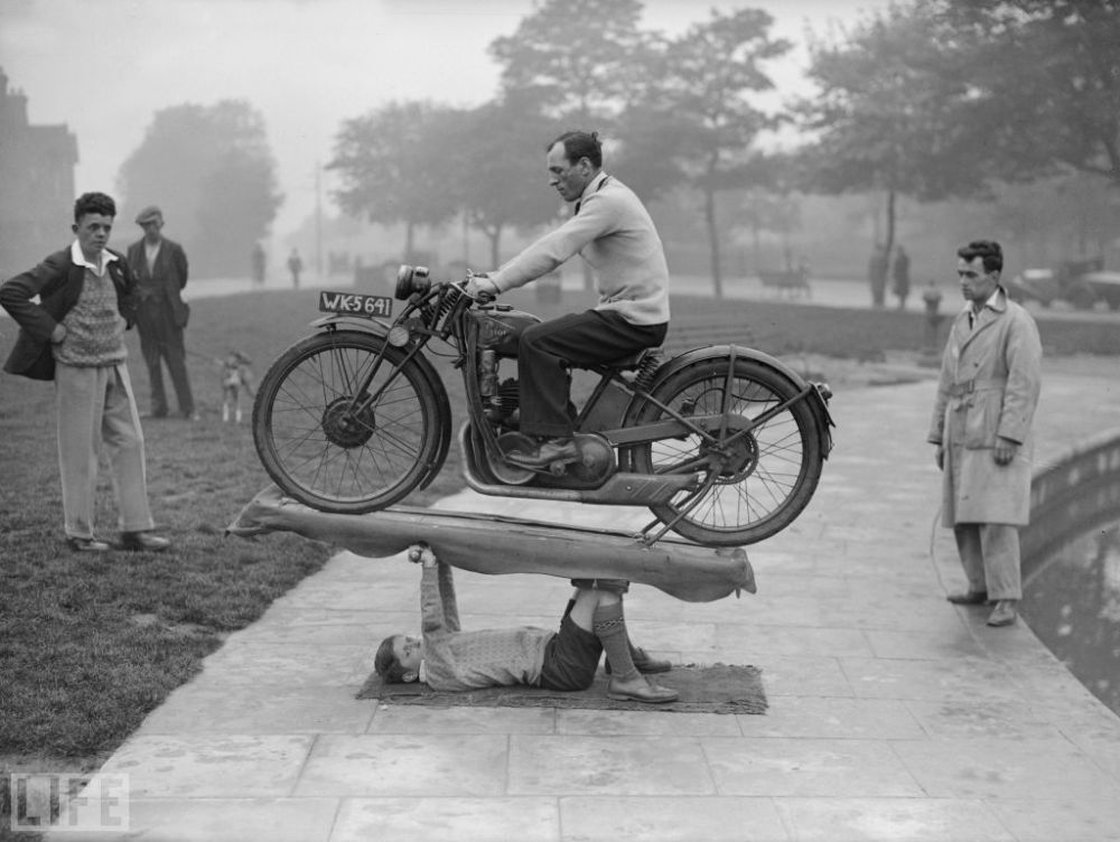 We’ll watch any kind of motorcycle stunts. The more creative the better. Sure, the wheelies and stoppies are getting more technical and challenging, but even with today’s progression, were intrigued to find these innovative stunts while looking to the past.

The above picture shows a 14-year old boy holding up a man on a motorcycle around 1932. Why this stunt was conceived, hard to say. There are a lotta questions that come to mind about the set-up and dismount of this trick, but I’ll admit, this particular captured moment engages the viewer enough to impress. The everyday fashion adds an interesting twist. 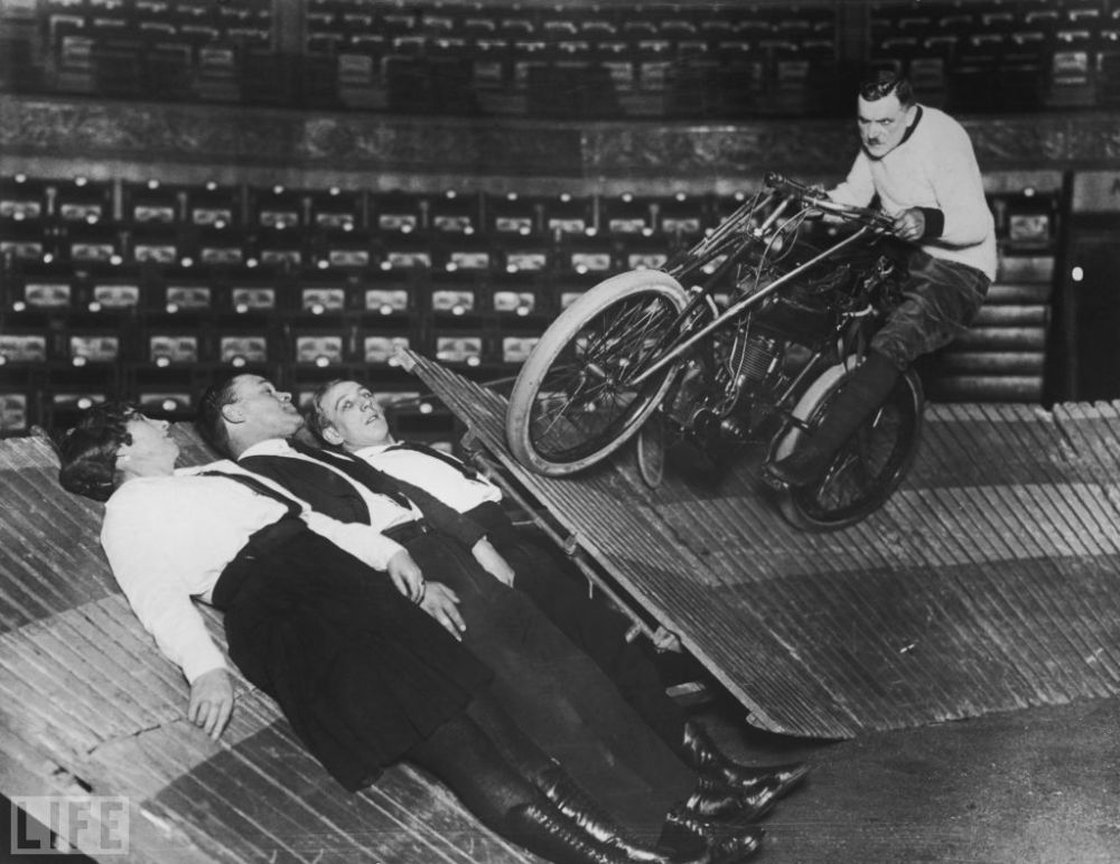 Here’s a dastardly lookin’ fella with some serious race face, ramping a few folks on a banked wooden track. Whether this photo was staged for promotion or it’s the real deal, I’d tune in for more (source says it’s taken around 1920). Also, it appears chivalry is absent from this photo, unless the woman requested to be in the most dangerous position from the ramp! Someone should tell her to tuck that right arm in. 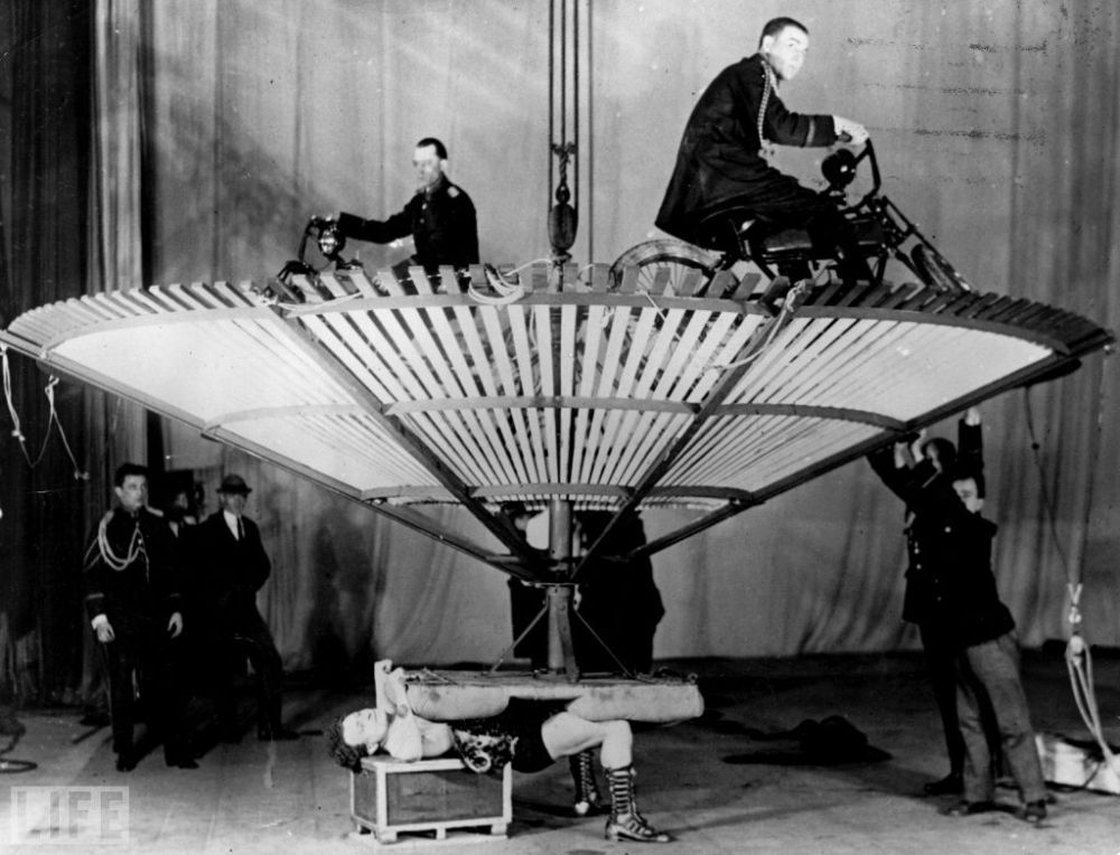 This late 20’s photo depicts two stunts in one; a strongman proves his mettle while two motorcyclists circle a makeshift motordrome. Crazy stuff. Those are some classic strongman boots, too. In this day and age of corporate sponsored wheelies and burnouts, I wonder if there are any stunters still out there willing to mix in a li’l circus-style, freak-show elements to their repertoire?

If you wanna see some other cool old pics from this set (non motorcycle-related), we found ’em here on the NPR blog.