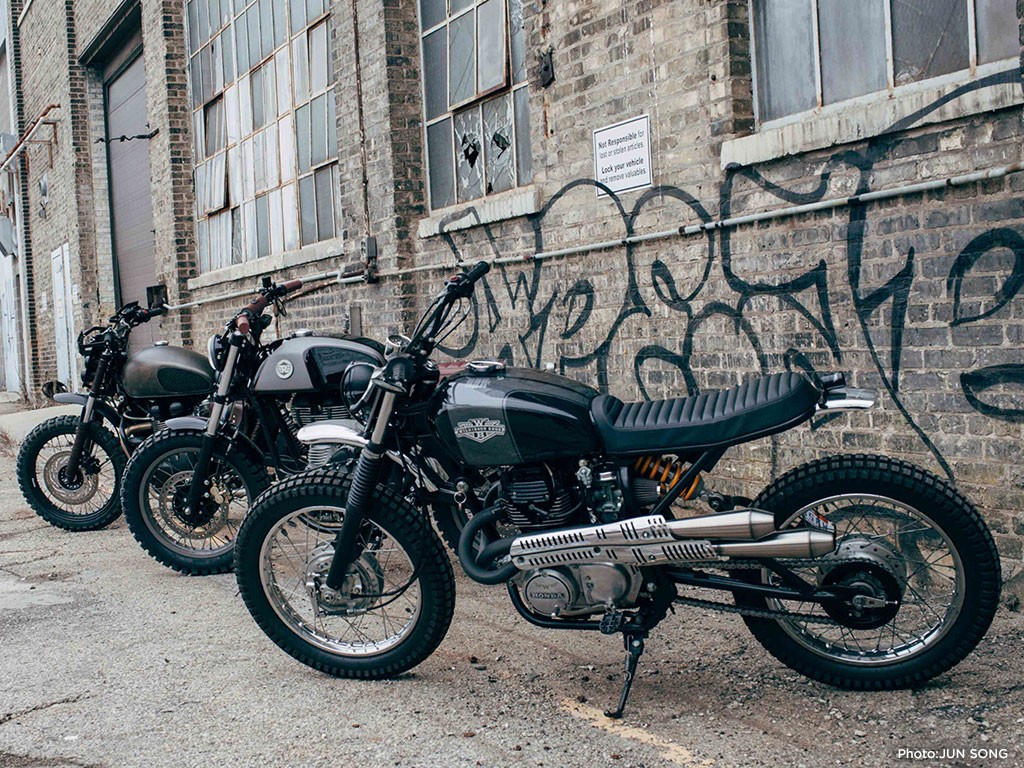 While perusing the Mama Tried Show in Milwaukee, we ran into the guys from Analog Motorcycles and Cafe Racers of Instagram (CROIG). They were headed out for a photo shoot with motorcyclist/photographer, Jun Song, and asked if we’d like to come along. Heck yeah, here’s how it went down… 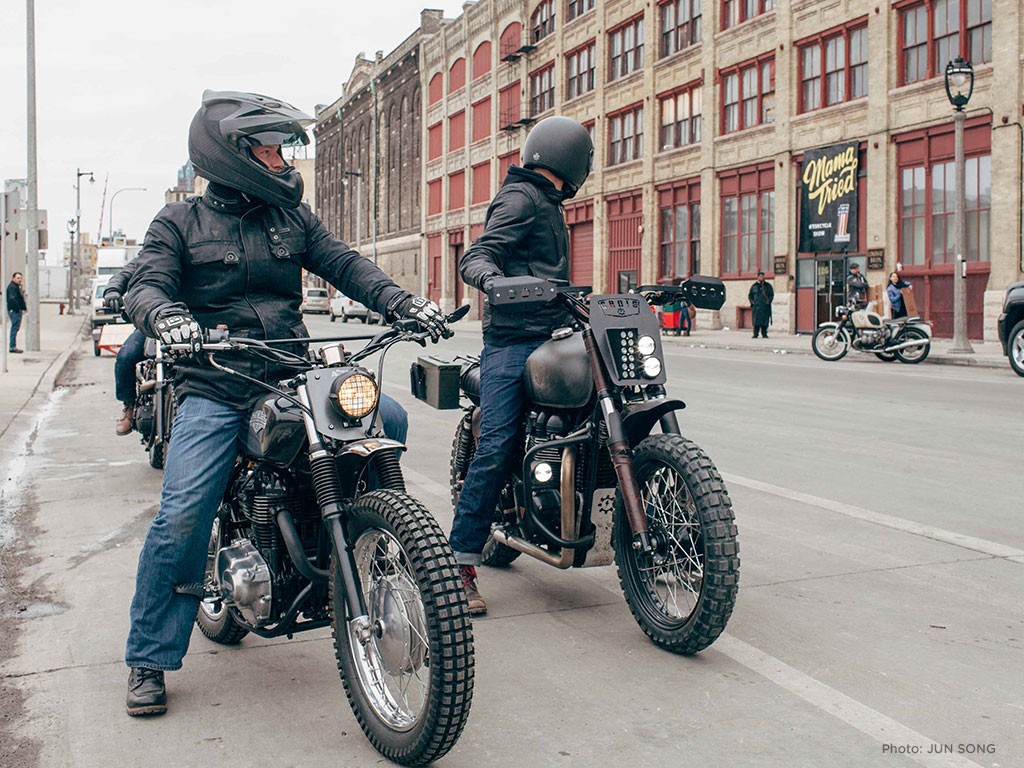 Above, Casey Wilkinson (left, of Good Spark Garage) hops on the Wilkinson Bros CL360 Scrambler and waits with Andy Blaschko of CROIG. Andy is riding “Furiosa“, built from a 2015 Triumph Bonneville by CROIG in partnership with British Customs (they’re giving this bike away soon!).

Earlier that afternoon, Jun scouted out a vacant lot that provided a gritty, urban backdrop for the photo shoot. I gave him a ride in our Ural sidecar (above) so he could snap a few pics on the fly.

It was cold, somewhere in the low 30s, but for February in Milwaukee, we’ll take it. The winter sky muted the already-grey surroundings and the bikes were rolled right out of the show; very clean. 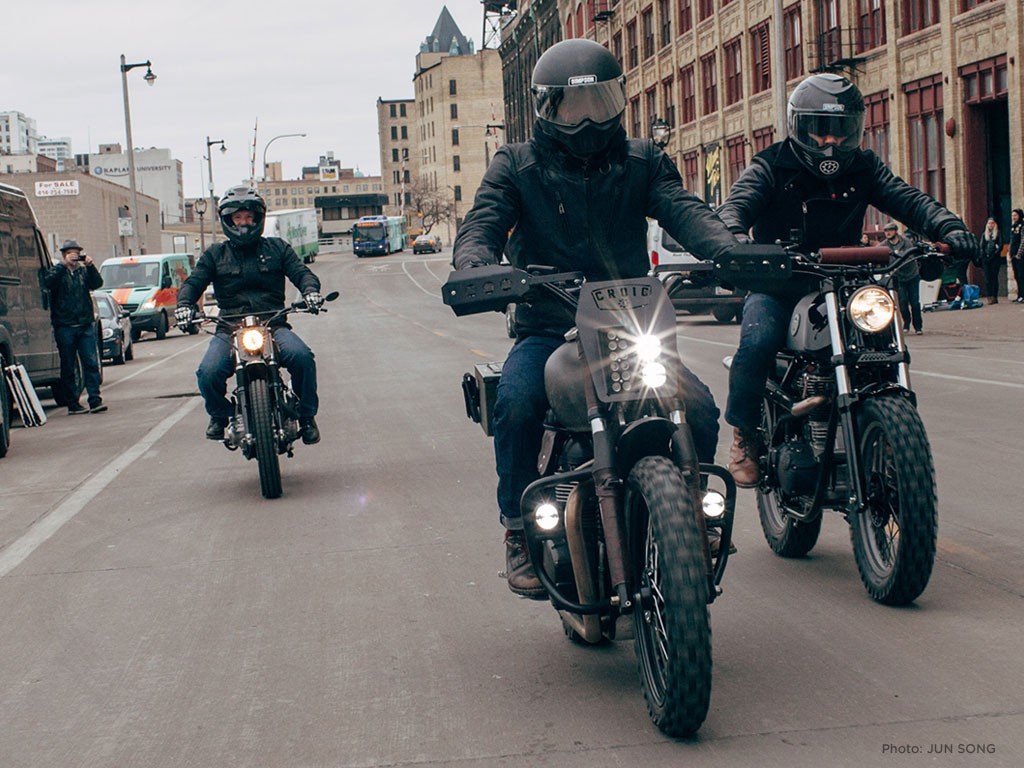 Above, Left to right: Casey on the Wilkinson Bros CL360 Scrambler, Andy Blaschko on the Triumph Bonneville “Furiosa” and David Chang (of CROIG) riding the Analog Motorcycles Royal Scrambler. 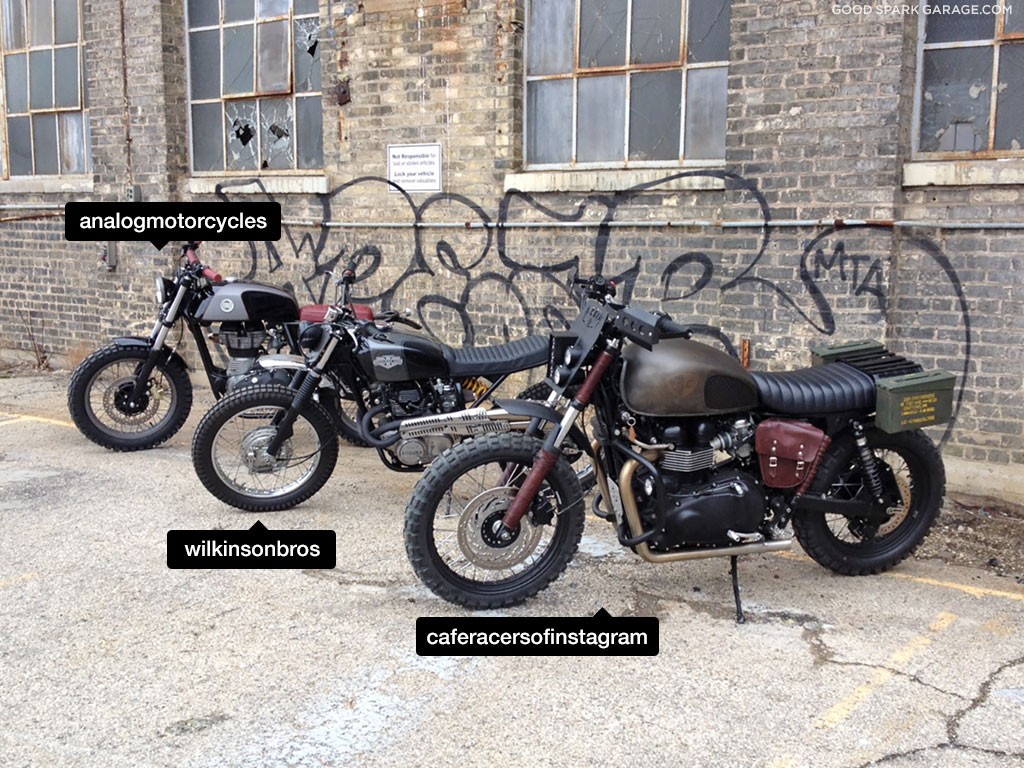 If you want to see a nice set of Jun Song’s pics featuring the Royal Scrambler, visit this link. It was a project done in partnership between Analog Motorcycles and Royal Enfield North America. In six short weeks, Tony deconstructed a new Continental GT and put his scrambler spin on the 535cc single cylinder bike. You can read about all the details on the recent BikeEXIF article. 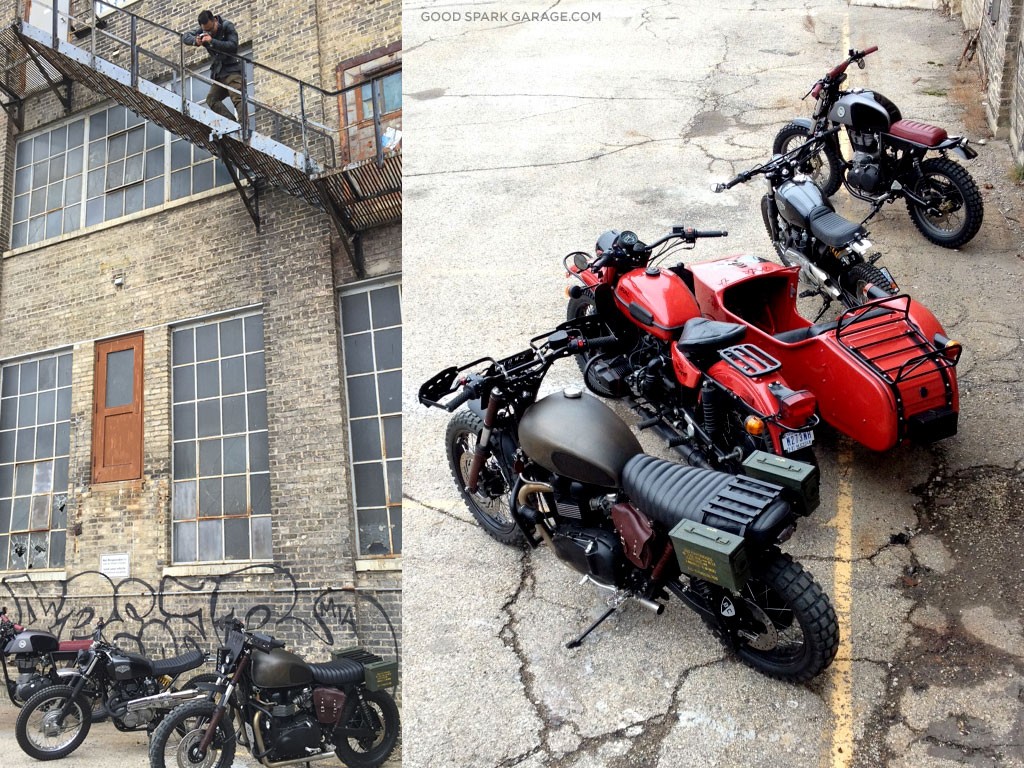 Above: Grey on grey, a monochromatic image of our mono shock Honda. A lotta love and time went into this special build for a friend of ours, Steve Healey. Of the bikes in this post, it’s the only one with old-school origins (1975); you can read about its new blood in a BikeEXIF article here. 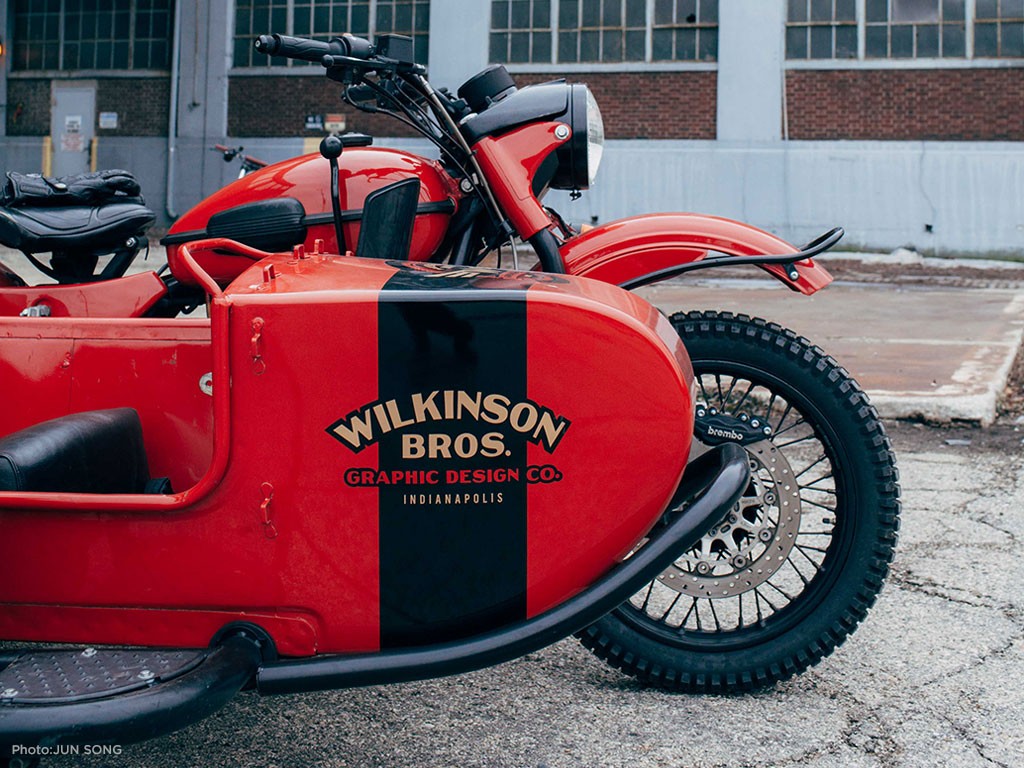 The beauty of a Ural sidecar motorcycle is the cargo space and its giant tub from which to easily shoot photos from. Jun was a good sport, operating the camera bare-handed in the freezing temps and trusting Corey, his chauffeur for the outing.

It was too short of a ride, but enough to get a fix and talk shop with a good group of guys. It was nice to compare notes and shoot the bull with the following folks:

We always look forward to crossing paths with likeminded motorcyclists who are making their mark in today’s scene. One of these days we’ll look back and really appreciate the surge in motorcycling’s popularity and the artistic shot in the arm it’s received in the past decade. Stay tuned for what else we find down the road.