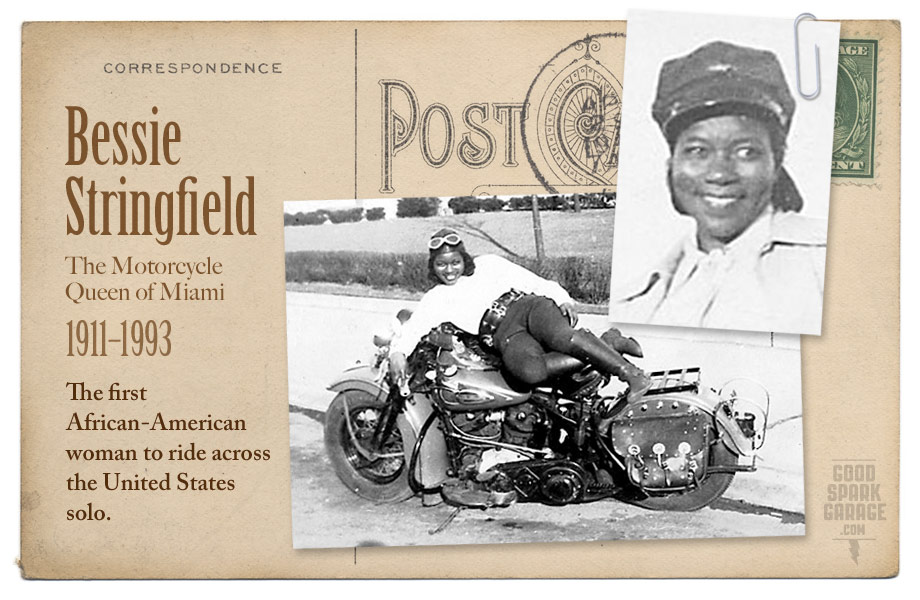 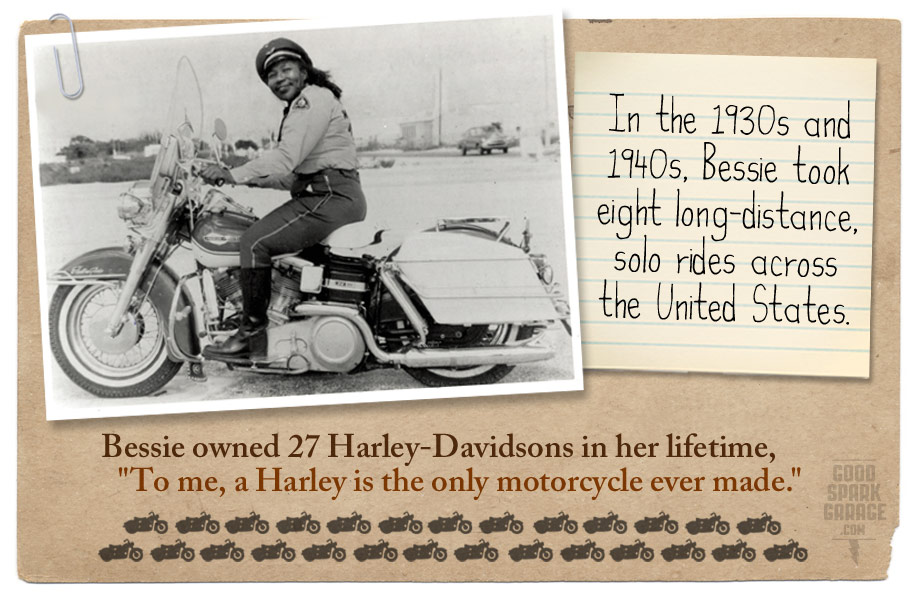 Stories are told of how she won a flat track race after disguising herself as a man. When her identity was revealed, race promoters withheld the prize money. While she encountered racism in her travels, it didn’t slow her down. “If you had black skin you couldn’t get a place to stay,” she said. “I knew the Lord would take care of me and He did. If I found black folks, I’d stay with them. If not, I’d sleep at filling stations on my motorcycle.” 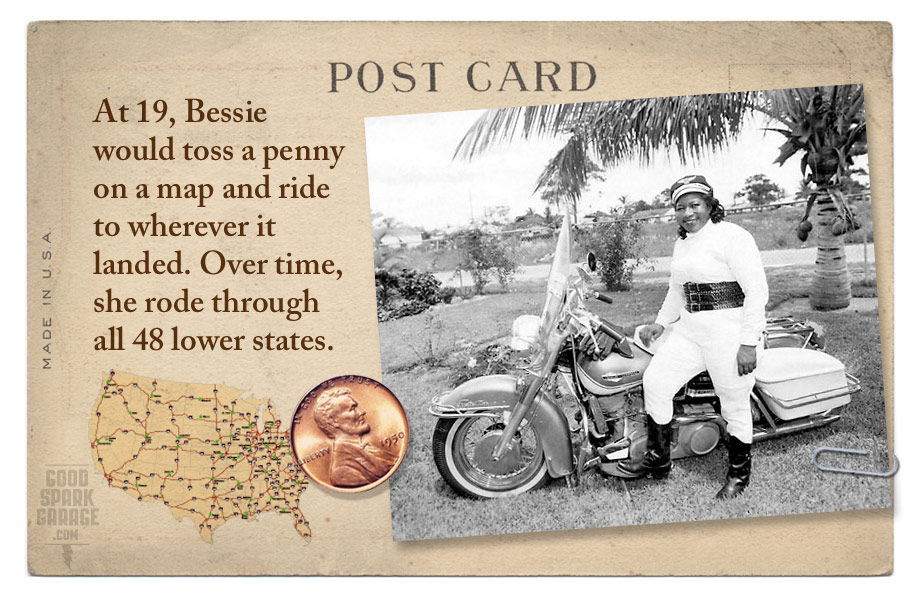 Toward the end of her 60+ years of riding, Bessie struggled with symptoms caused by an enlarged heart. “Years ago the doctor wanted to stop me from riding. I told him if I don’t ride, I won’t live long. And so I never did quit.” 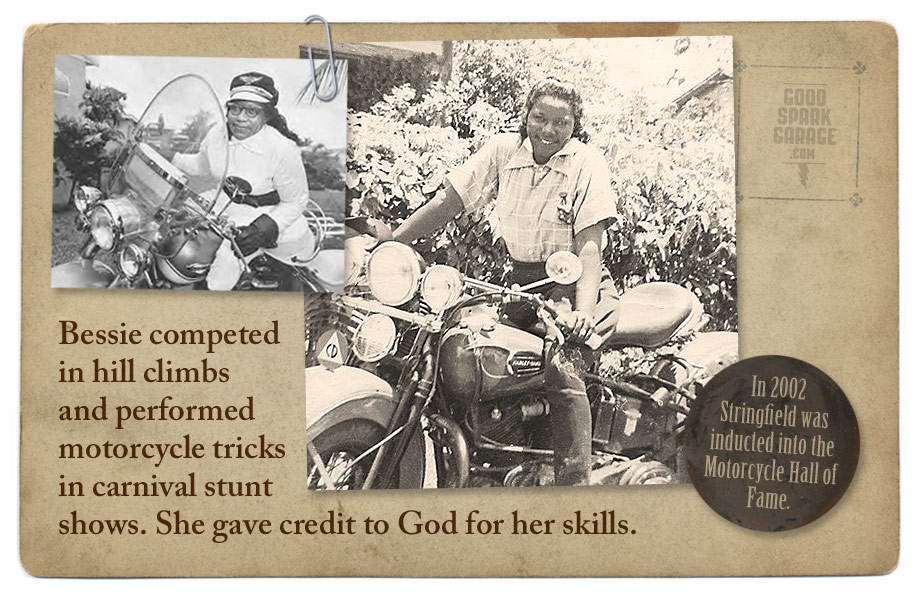